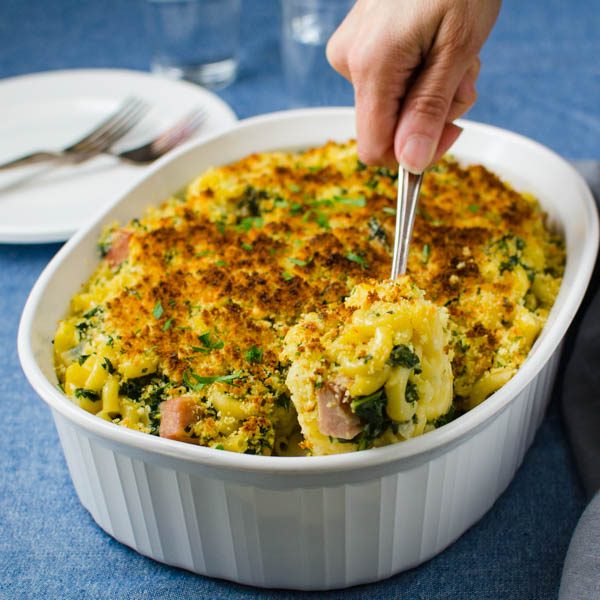 If you like cheesy casseroles with bits of smoked porky goodness and a crunchy crumb crust, this Southern Ham and Kale Hot Dish should be on your radar! It’s super-easy to make and feeds a crowd! 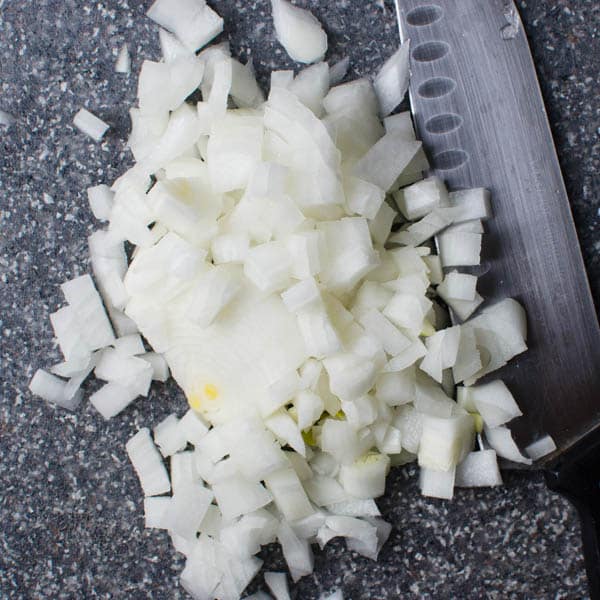 As a Southern native, I’ve grown up with a certain vernacular.  Words, phrases and yes, a little twang, that were ever present throughout my childhood, y’all.  I thought I’d dispensed with those idioms since I’d moved to Florida until my husband pointed them out to me very early in our courtship.  To be clear, Scott is Midwestern through and through but he’s got a few of those little gems too…’ you betcha!’ 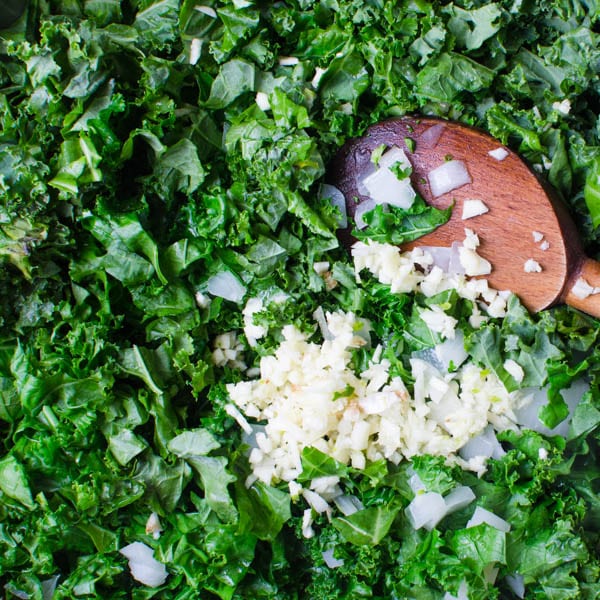 So when our two worlds collided some years ago, we had several of those “what did you say?” moments.

I remember once while we were visiting his family in Minnesota, my daughter was hanging out with her cousins and Scott’s niece, Anna, asked her if she wanted a “pop”.  Emily froze.  She looked at Scott quizzically.  Did she want a “pop?”  What was a pop?  She wanted so much to fit in with her older cousin, but had no idea if she was agreeing to be the butt of a private joke.  Her eyes pleaded with Scott.  Did she want a pop? 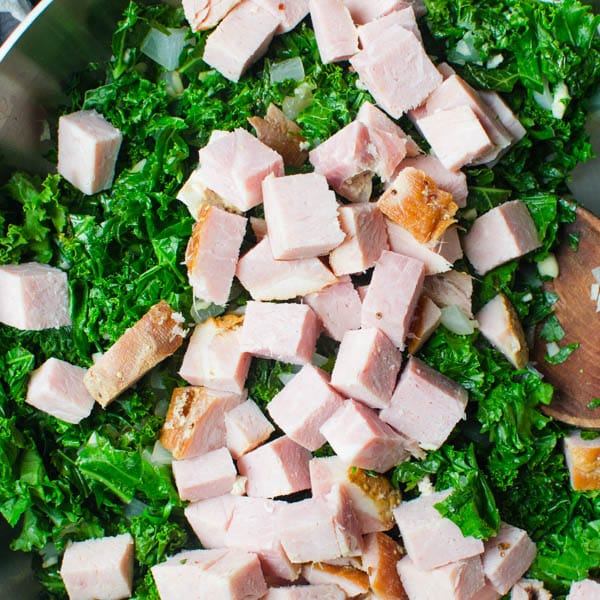 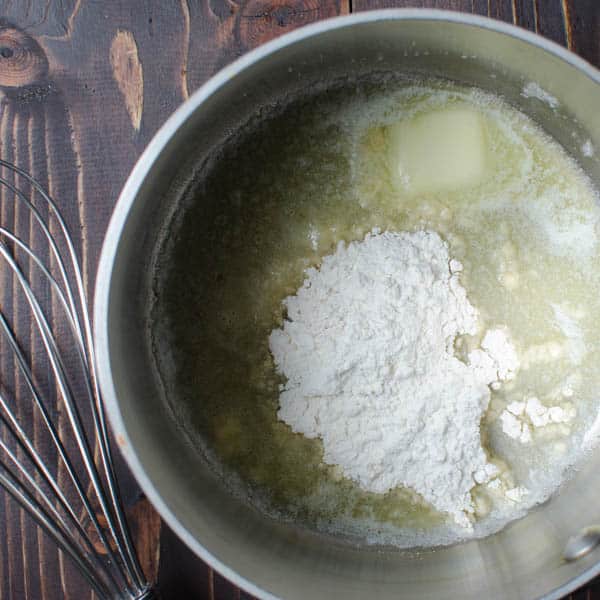 No Canned Soups Were Harmed In The Making Of This Casserole

If you’re not familiar with hot dish, they’re usually made with canned soups (think cream of mushroom) and stick-to-your-ribs ingredients like ground chuck and tater tots.    I’m sure I made a face the first time he told me about them.  But I love my husband and since it’s been so cold lately,  I decided to make him a version of this Midwestern specialty, using some of my regional staples and NO CANNED SOUP.   So, this is my Southern Ham and Kale Hot Dish, y’all! 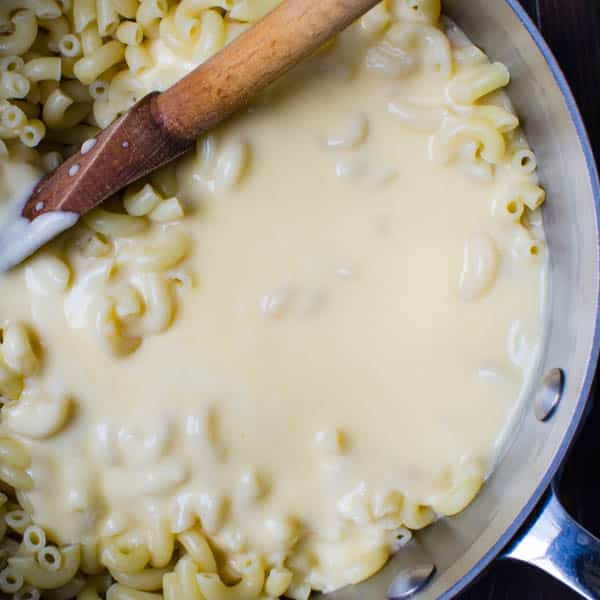 Let’s be honest, this is little more than a few mix-ins to a standard mac and cheese, but it eats like meal. It’s a little bit healthy and a little bit not. Balance. that’s what I’d call it. A macaroni casserole for every day — or maybe every week. 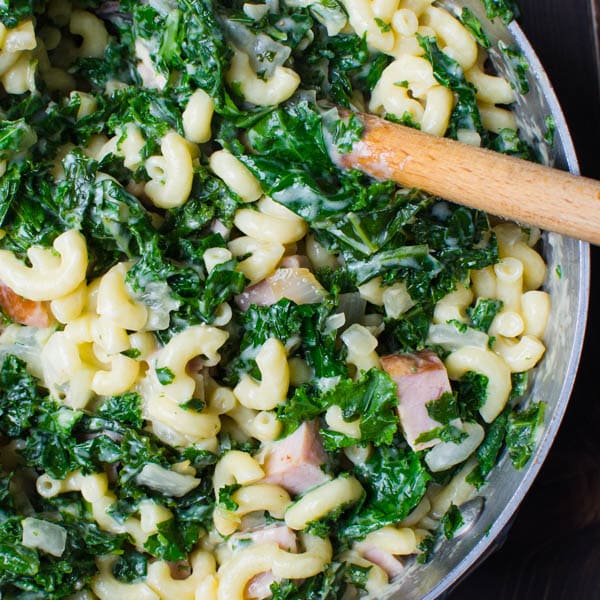 With big chunks of ham and tender macaroni in a lush mornay sauce and yes, a few handfuls of fresh kale (eat your veggies) you really can’t go wrong.  If you’re not a kale junkie, like me, you can easily sub in some frozen sweet peas. 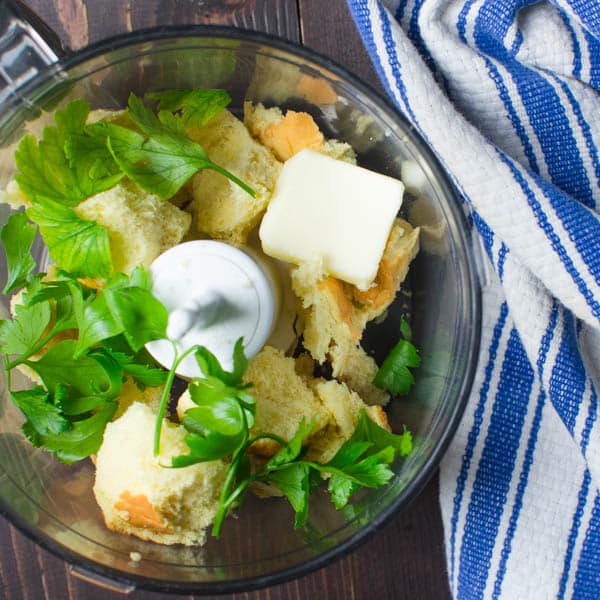 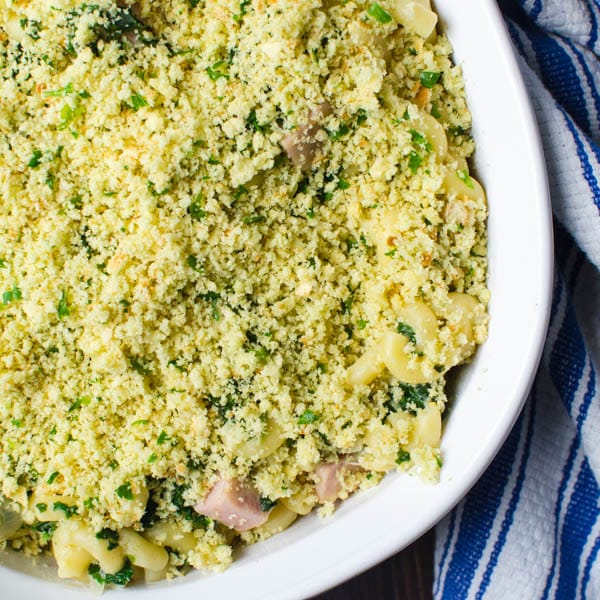 I don’t care where you’re from – this Southern Ham and Kale Hot Dish is a winner, you betcha! 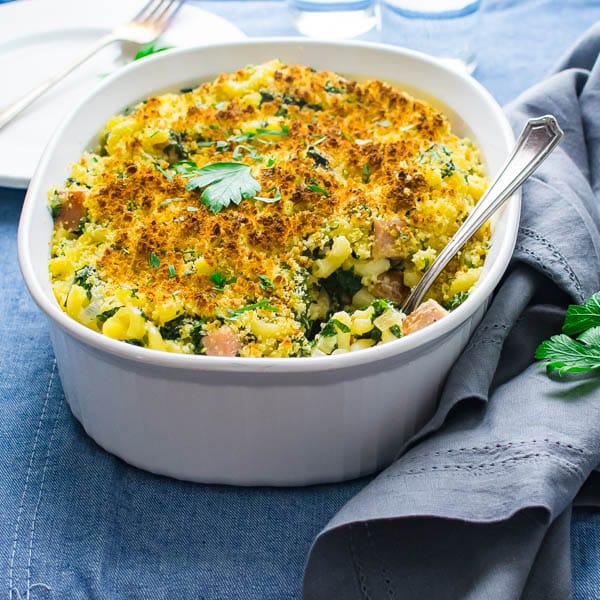 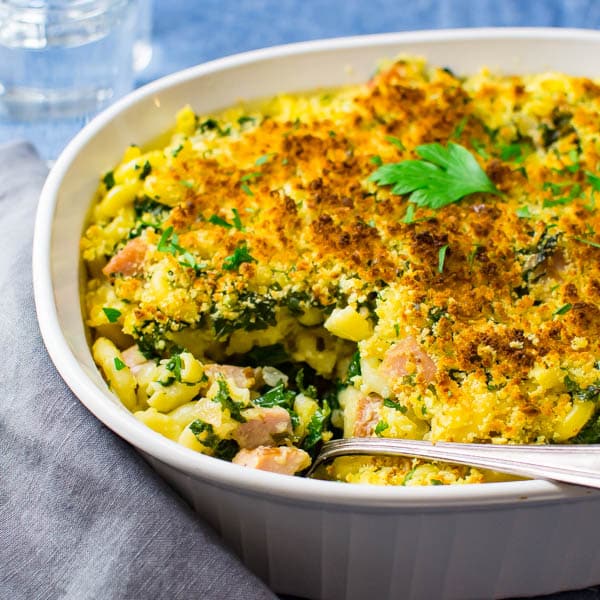 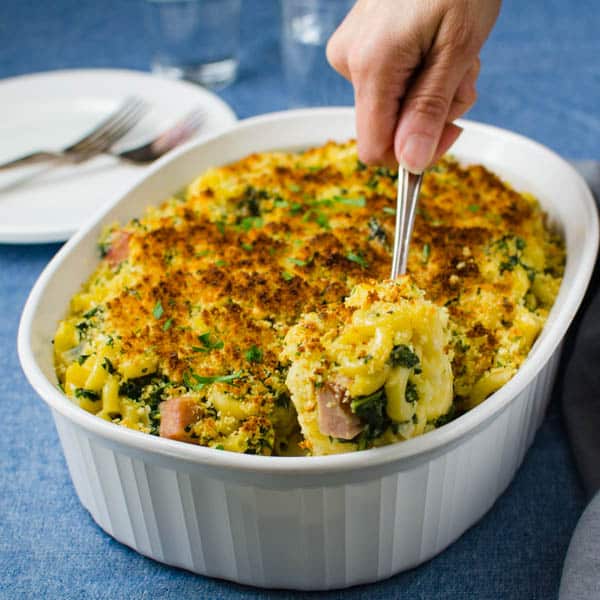 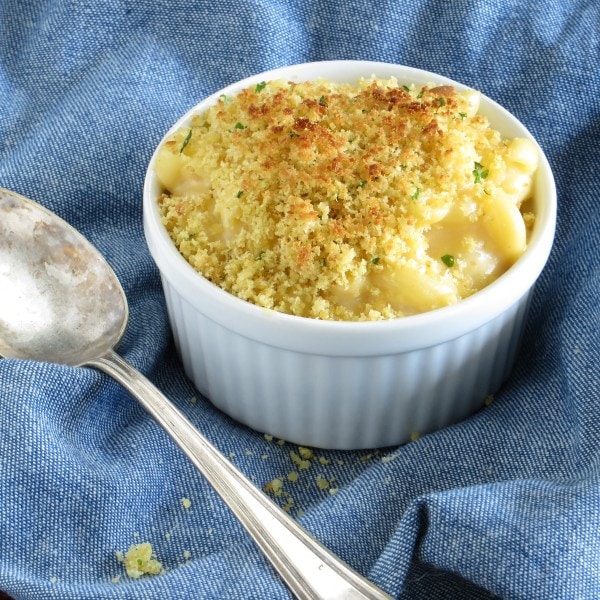 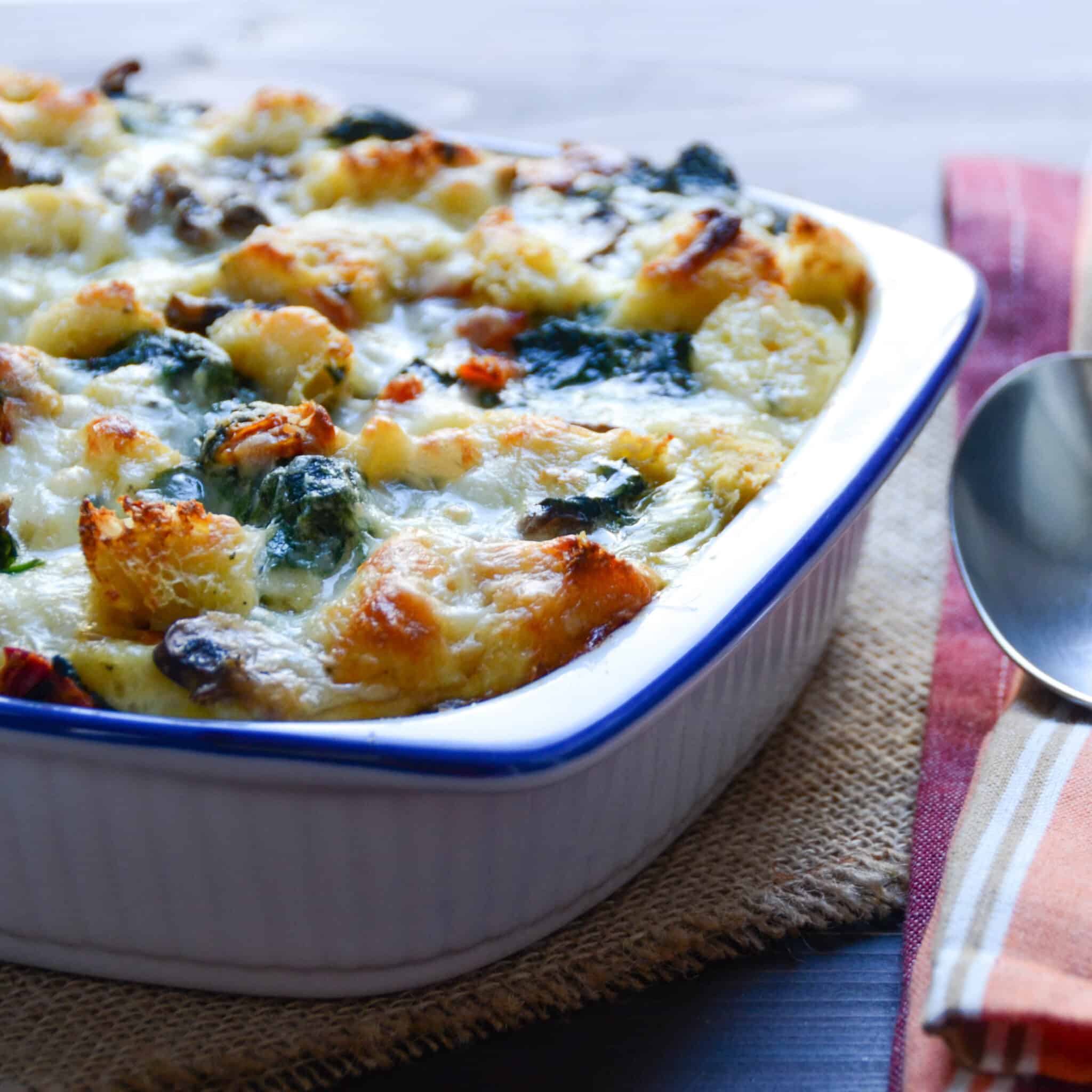 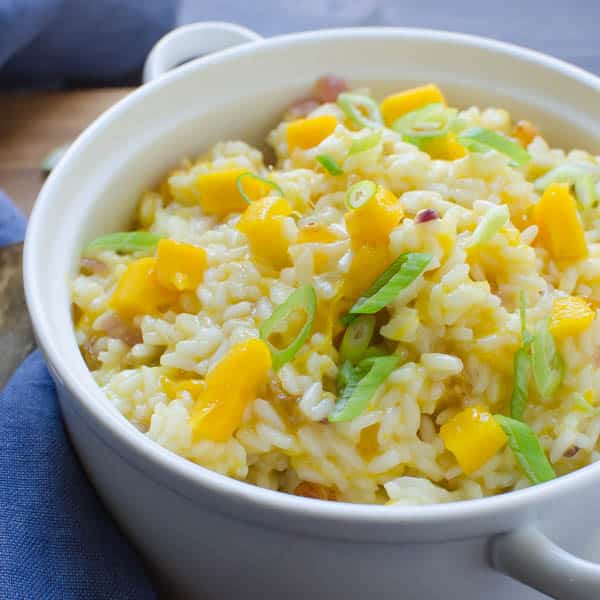