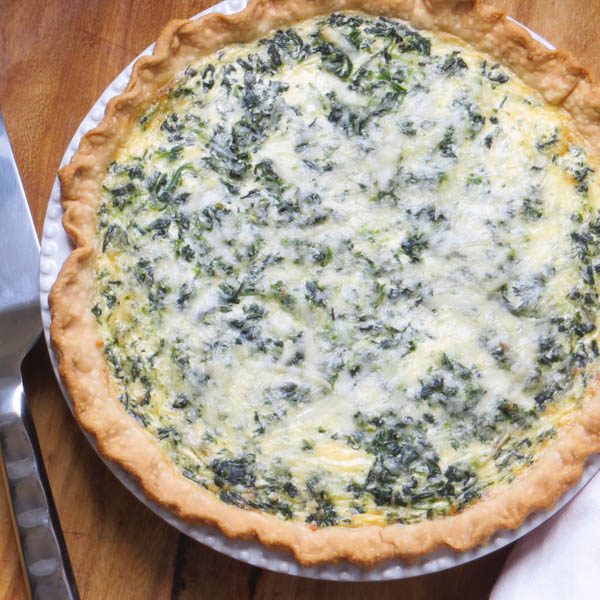 I was leafing through an old recipe file recently and I came across a note card that was so splattered and worn that I knew this must have been a favorite of mine at some point.  It was.  Spinach-artichoke dip.  Remember that one?  Cheesy, gooey — beyond rich.  I remember serving it with tortilla chips, hot sauce and sour cream — as if there weren’t enough cheese and cream already in the original recipe.

It got me thinking about that flavor combination and eventually led me to this reincarnation of everybody’s favorite dip.

It wasn’t that far of a leap… My original recipe called for a bechamel sauce that was fortified with chunks of monterey jack and grated parmesan cheese mixed with spinach and artichoke hearts.

Instead of a bechamel sauce, I made a traditional quiche base of eggs, milk and cream –  then I added the good stuff.

For me, you can almost never have enough hot sauce — just be careful adding it here.  I used Crystal (one of my favorites) and I probably could have added another tablespoon.  But if you’re using some crazy hell-fire and damnation type, you might want to cut back to a teaspoon or so… according to your taste.

I used artichoke bottoms to line the pie shell, but if you don’t have them or can’t find them, use chopped artichoke hearts instead.

Stir in the chopped spinach and pour it into the pie shell, top with remaining cheese and bake.  Pretty simple!

This was a hit at brunch this weekend!  Try it with a pitcher of Bloody Marys with all the add-ins.  If you’re feeding a crowd, make two quiches and pair it with this uber-simple glazed ham.

And please invite me! 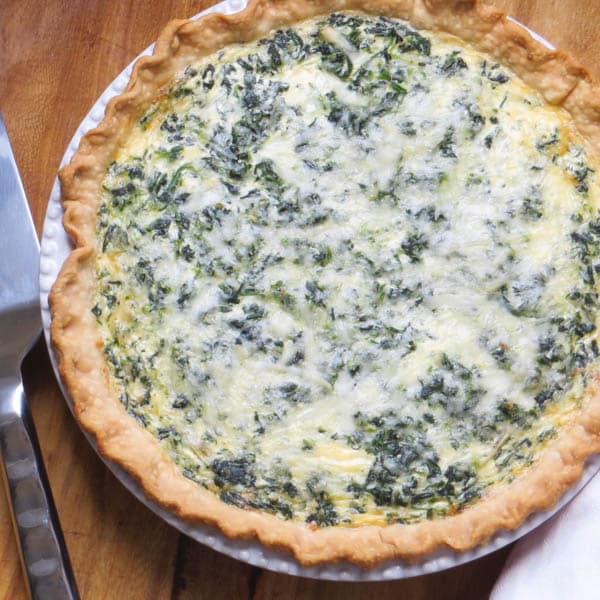 To get rid of all the excess water in the spinach, place spinach in a clean dish towel. Draw up the ends, so that the spinach is suspended in the towel. Over a sink, twist the top of the towel, while holding the spinach firmly. Continue to twist until all the moisture has been removed from the spinach.