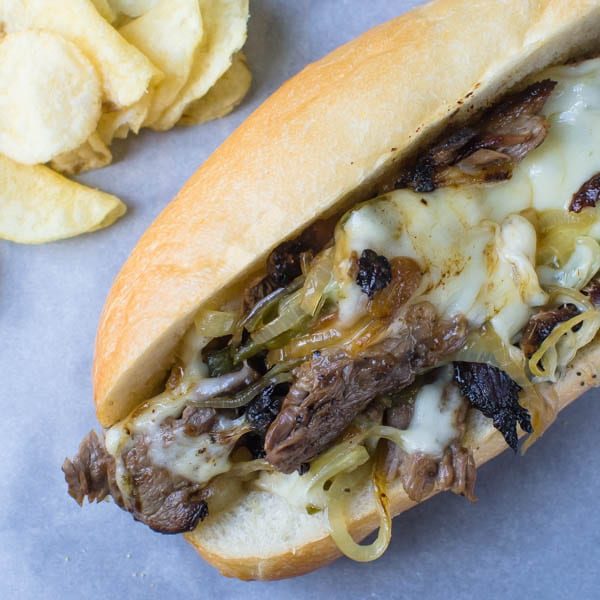 Does the best classic cheesesteak sandwich come from Philly or from your own kitchen? This one has everything you want from the original Philly, without the airfare.

With the Super Bowl coming up on Sunday, I thought I’d give you another party option for your Game Day offerings.  Our traditional Super Bowl menu celebrates the regional food from the areas of the country where the teams are from.  For 2018, it’s New England vs. Philadelphia. Monday I paid tribute to the Patriots with those incredible lobster rolls.. Today, we’re highlighting Philly with arguably the most obvious choice — a classic cheesesteak sandwich. 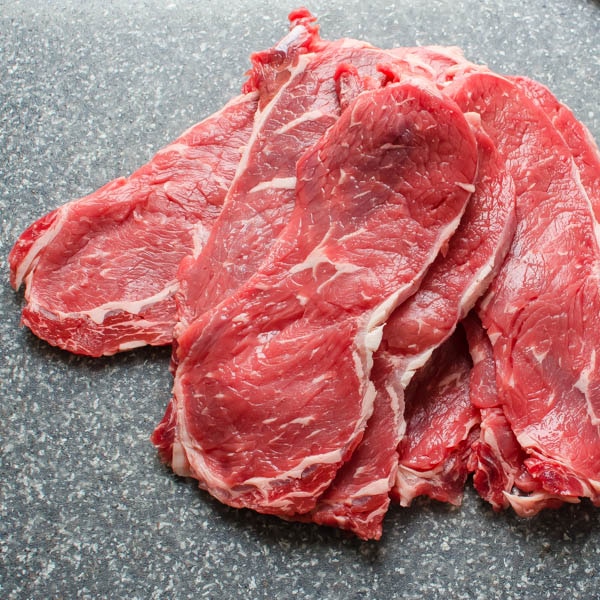 Like a classic French dip au jus, cheesesteaks are a notch above a standard hoagie.  I admit, I’d never made one… but once I’d gotten the technique down, I couldn’t STOP making them.  Rather than head to the frozen foods aisle for that childhood favorite, SteakUmmm, I talked to my butcher and we agreed that a ribeye, very thinly sliced would do an admirable job for this steak sandwich — he even used his industrial Hobart to cut the meat, so I wouldn’t have to freehand it at home. 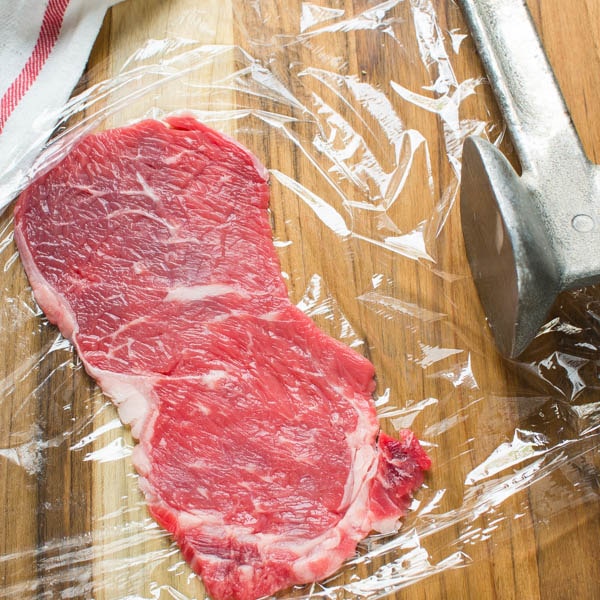 The butcher did a good job of slicing, but I went a step further and pounded it out with the flat side of my meat mallet.  Several firm, but disciplined whacks later, the slice were about 1/8″ thick.  Perfect for a quick griddle. 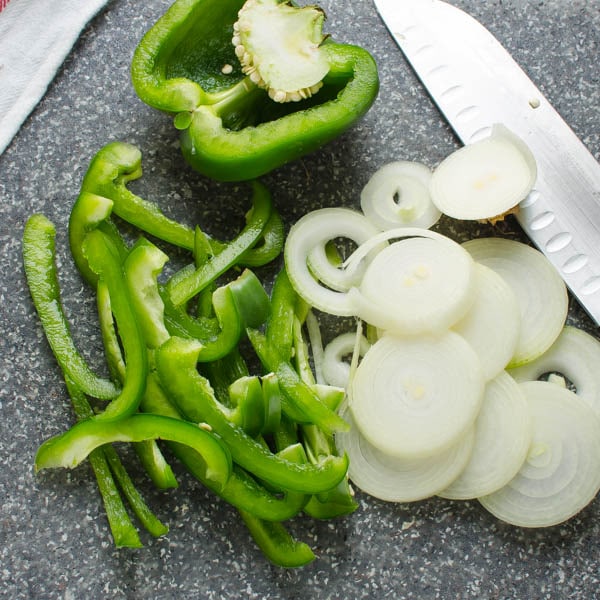 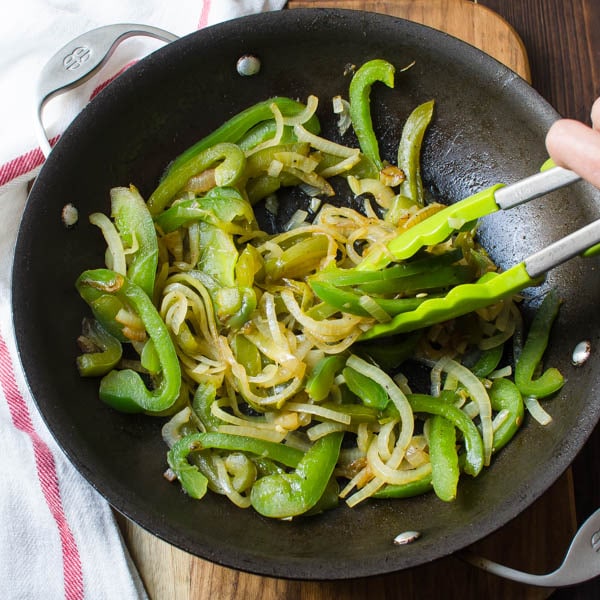 Peppers and onions are a must, too. Sliced thinly and sautéed until they’re soft and golden.  Now for the magic.  There is a technique to these cheesesteak sandwiches that I hadn’t even thought about — until I decided to make them. Frankly, I thought that describing it would take more effort than just showing you… So here’s how you do it…

The key is to let the meat sit on the griddle long enough to start to get some charred, crusty bits — and that happens while you’re dressing the chopped meat with peppers, onions and cheese. The key is — don’t mess with it. Let the cheese melt.  While the provolone is slumping into the crannies of the beef, onions and peppers, the meat resting on the griddle is searing and producing a fond that will add texture and depth to your Philly inspired cheesesteak. 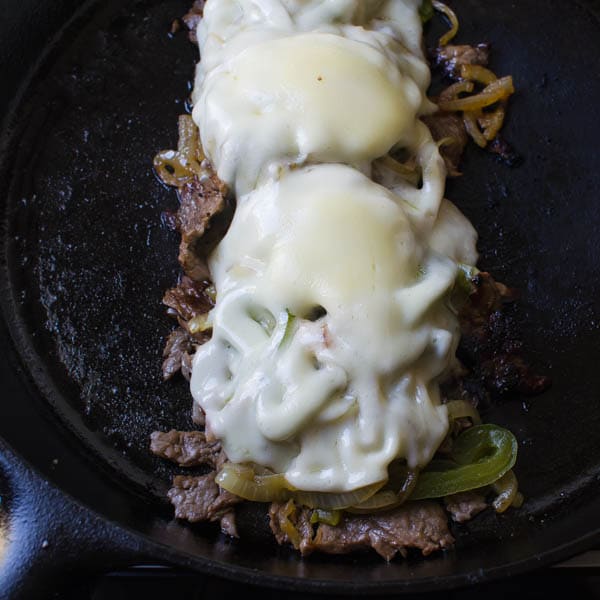 I hear some of you muttering, “where’s the  Cheez Whiz?” If that’s your thing, go for it.  It’s your prerogative.  For me, I want real cheese that melts in long, oozy strings, never quite separating from the sandwich even as I pull away with my first luscious bite. 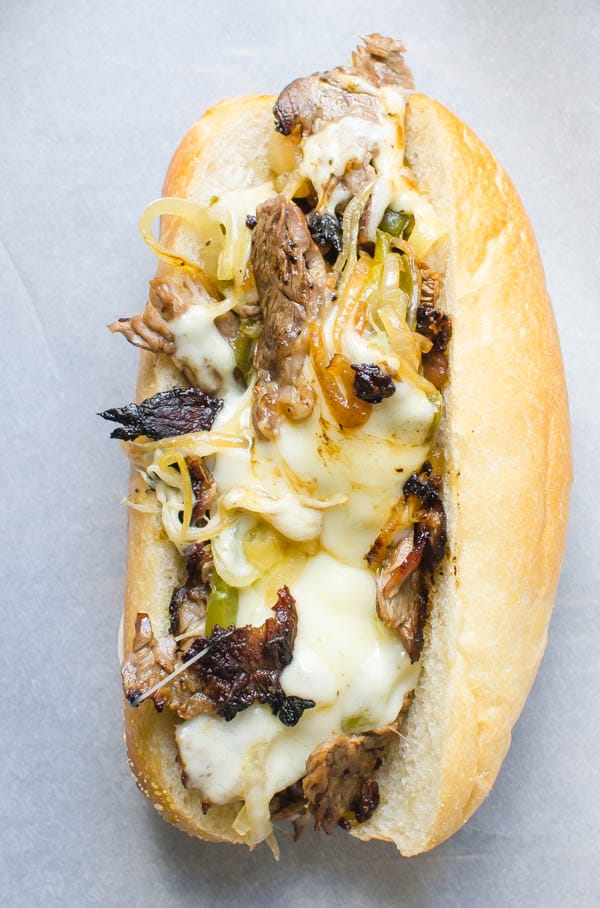 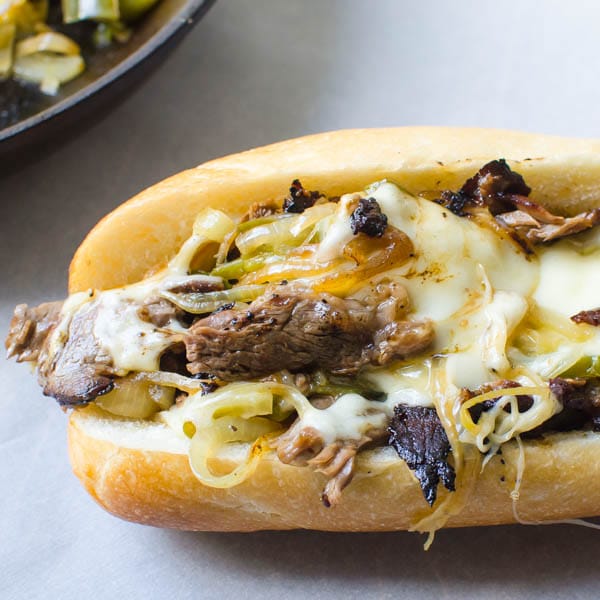 If you want to make several sandwiches and keep them warm to serve during the game, assemble the cheesesteaks in the hoagie rolls and tightly wrap them individually in parchment or foil.  They’ll keep in a low oven (about 250°) for up to an hour. 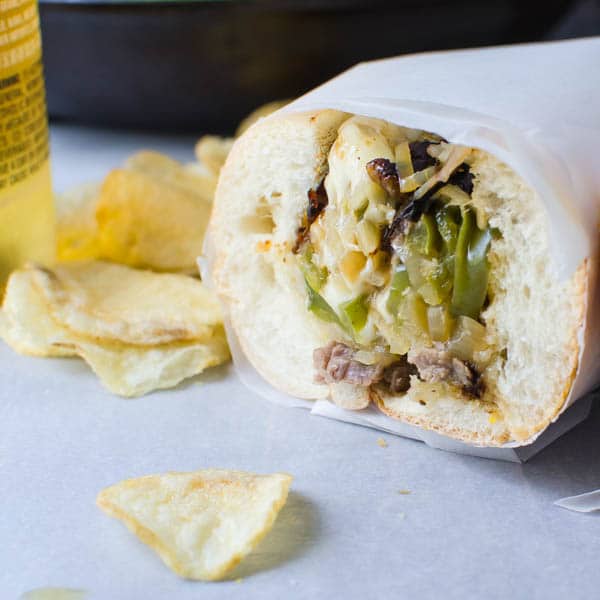 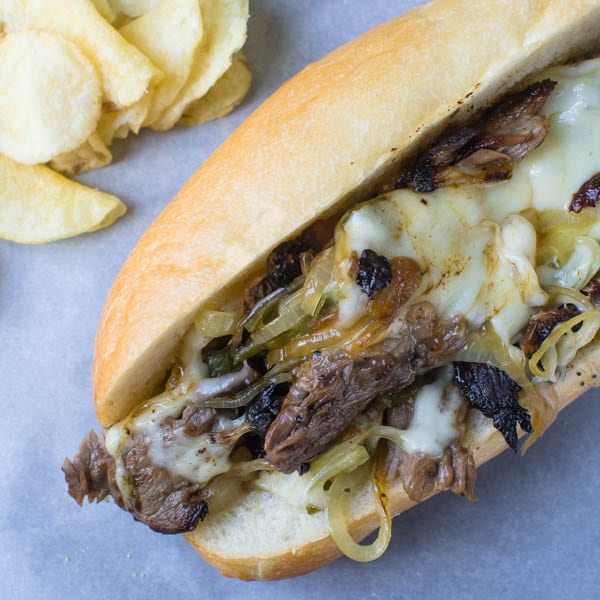 I asked the butcher at my grocery store to cut the ribeye thinly for me on his meat slicer and he was happy to help -- but if you can't get it pre-sliced, you can also place the meat in the freezer for about 45 minutes until it's firm but not frozen -- that will make it easier to slice thin -- using a very sharp knife. 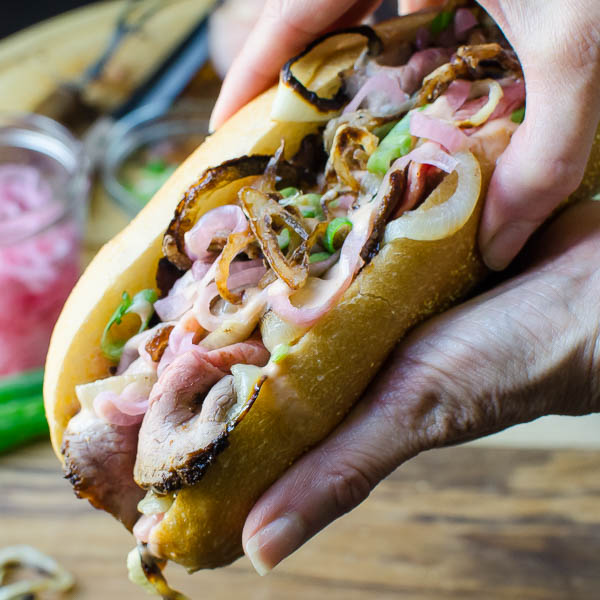 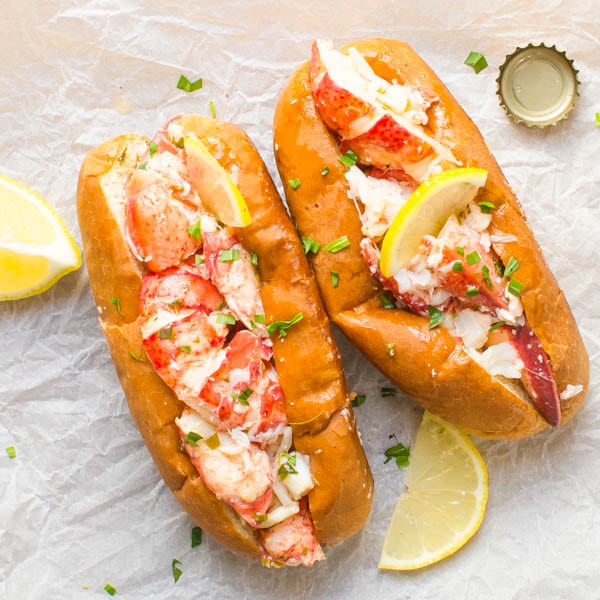 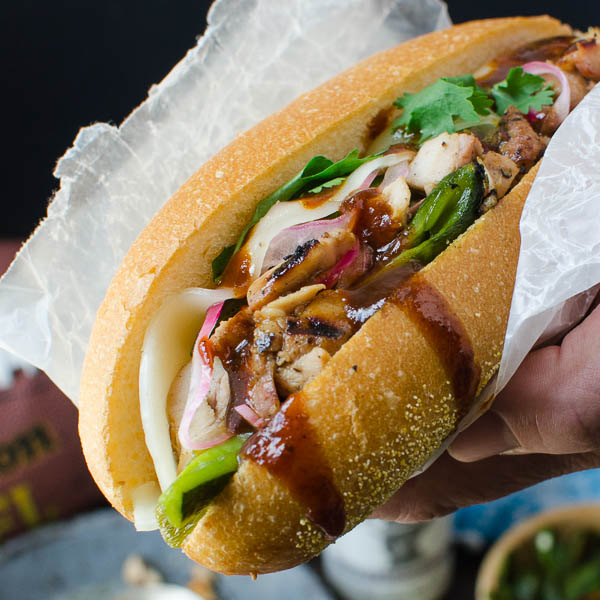