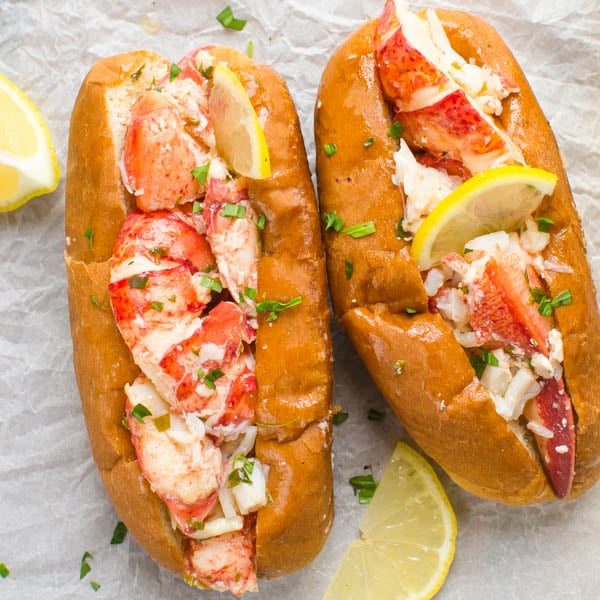 As classic lobster rolls go, there are several delicious variations, such as a New England Style lobster roll with celery and mayonnaise or as a delicious alternative these Warm Lemon Butter Lobster Rolls (aka Connecticut-style lobster rolls). Both rely on simple, unadulterated ingredients & straight-from-the-steamer Maine Lobsters.

Super Bowl LII is this Sunday and as you know, I don’t care for football.  In fact, it would be just another Sunday if it weren’t for the way that we celebrate the game.  Not with the standard pizzas or wings, burgers or dogs… no… Our tradition, going back for years, has been to make game day snacks that pay homage to the  two competing teams by fixing foods native to the regions of the country that they’re from.  This year (and does it seem like every year to you…) the New England Patriots vs. the Philadelphia Eagles.  In honor of the Patriots, I give you these Warm Lemon Butter Lobster Rolls. 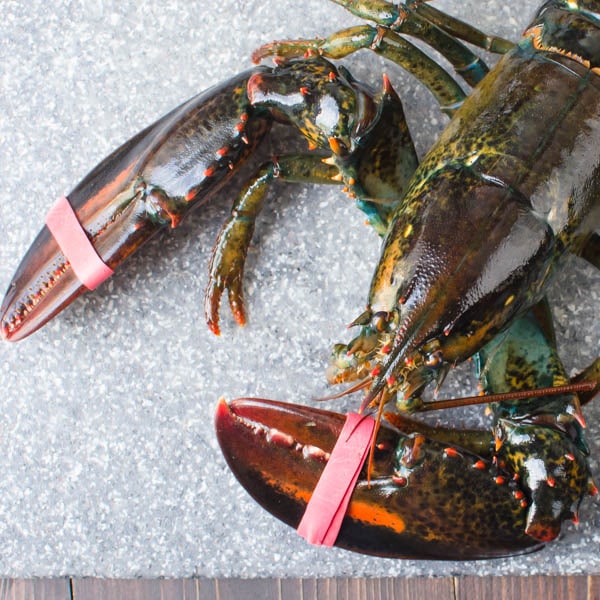 The toughest part about these sandwiches is probably getting the lobster out of the shells. 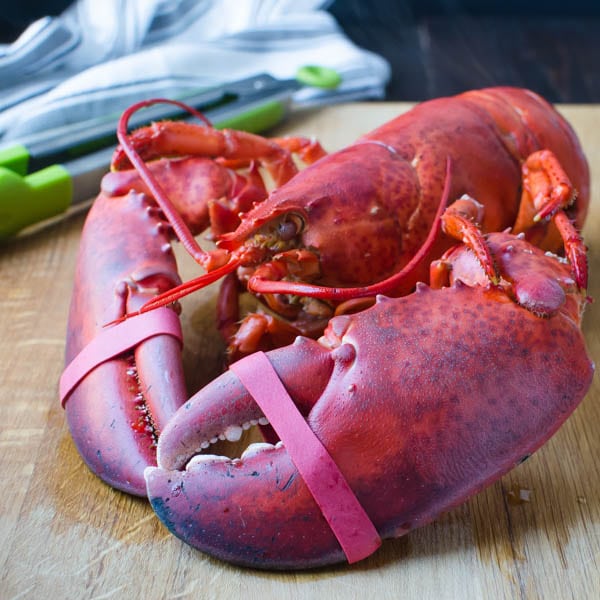 Oddly, I didn’t have any issue steaming them alive — some kind of perverse “I brought you into this world and I’ll take you out” motherhood mentality.  For removing the meat in (mostly) whole pieces, I recommend a good quality set of crackers — mine are these Zyliss Lobster Cracker and I think I paid about $10 for them — but they made cracking and removing the meat from the claws and knuckles a breeze. 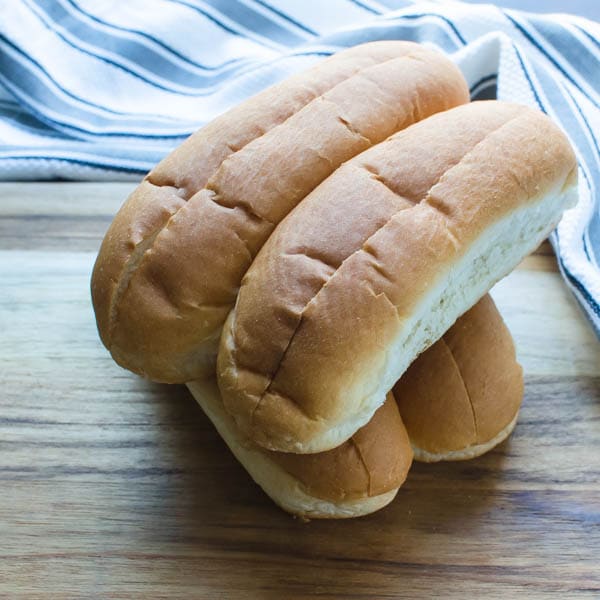 The best buns for a lobster roll have to be the split top rolls from Pepperidge Farm… however, I’ve noticed that it can be hit or miss finding them, especially if you’re not living in the Northeast.  If that becomes an issue for you, go for soft potato rolls or those sweet Hawaiian rolls in  hot dog bun form… 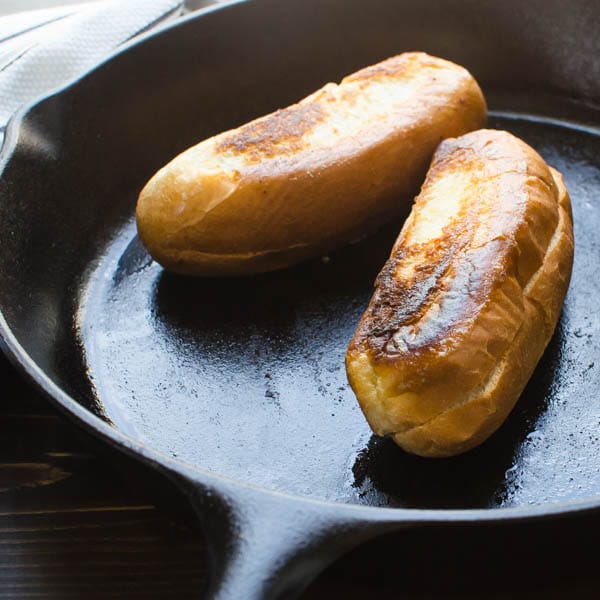 Butter your skillet and griddle the outsides to a nice golden, bordering on crusty brown varnish. 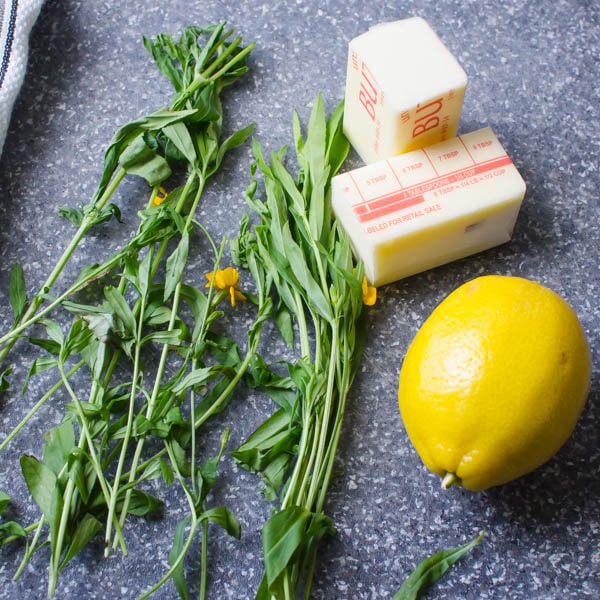 The beauty of these warm lemon butter lobster rolls, is in the simplicity of the ingredients.  They’re little more than butter, lemon and herbs. 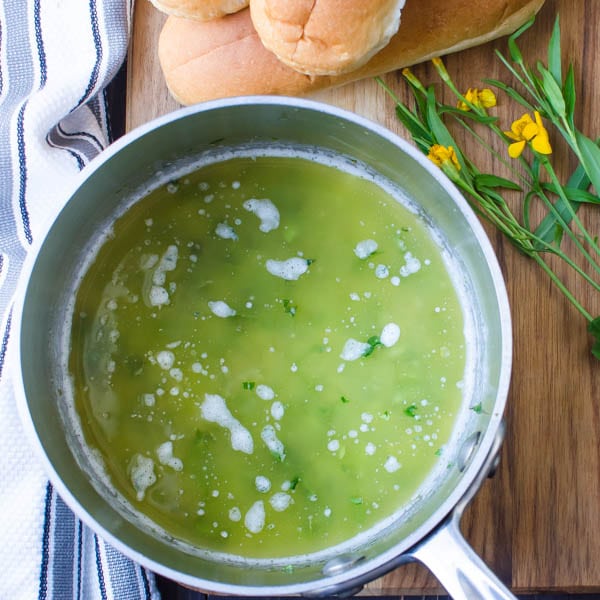 Other tasty variations might include a sprinkle of paprika or a dash of Old Bay seasoning — if you happen to be from the Virginia-Delaware-Maryland region.  If you wanted to add garlic, I’d applaud you. That may not sound like an authentic Connecticut style lobster roll and certainly deviates from Maine lobster roll recipes, but I’m not the food police. 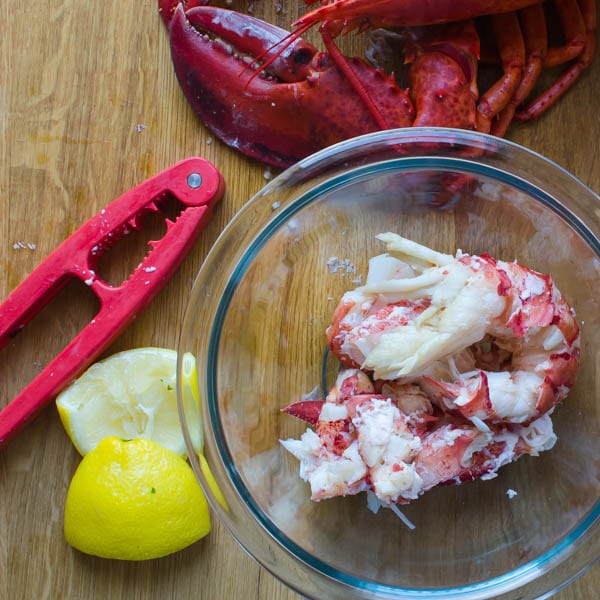 After removing the meat (and reserving the claws and shells for a Homemade Lobster Stock) dunk the lobster chunks into the warm lemon butter blend to blanket them in glistening, lip-smacking glory. 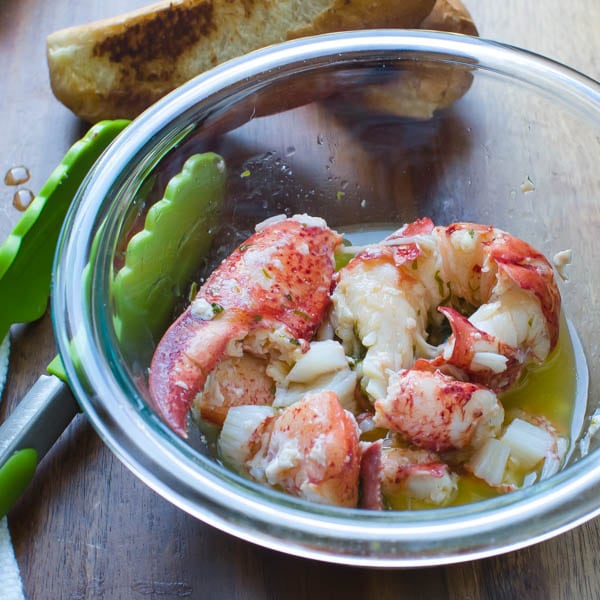 A 1 1/2 pound lobster will make two generously appointed sandwiches… You could squeeze it to three sandwiches for lighter appetites, but it’s the Super Bowl people. Go Big or, you know…. 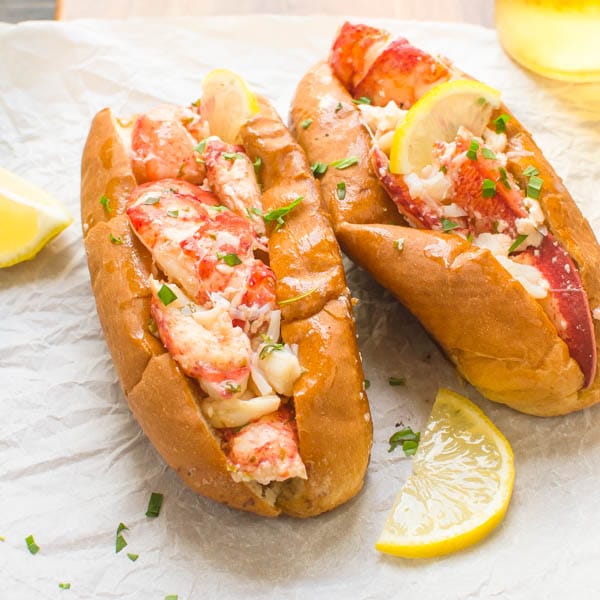 Mound that lemon and tarragon kissed crustacean onto a warm, toasted bun and drizzle on a little extra butter sauce for good measure.  I don’t have to tell you that decibel-shattering-potato-chips and icy cervezas are the only permitted go-withs… but wait.  That sounds like the food police talking…. 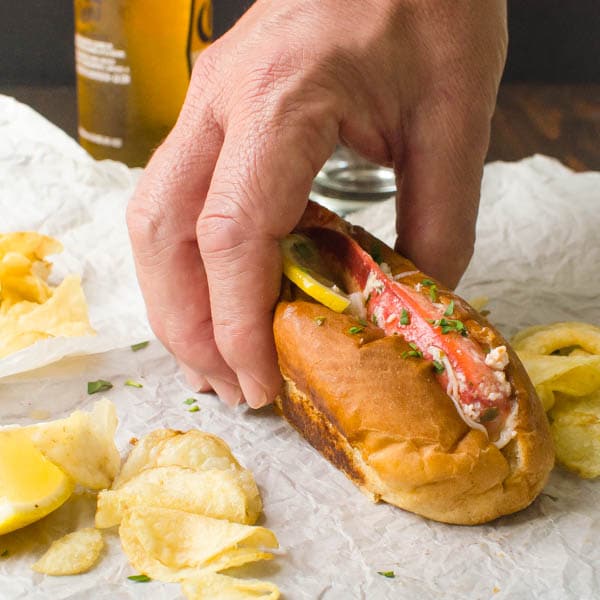 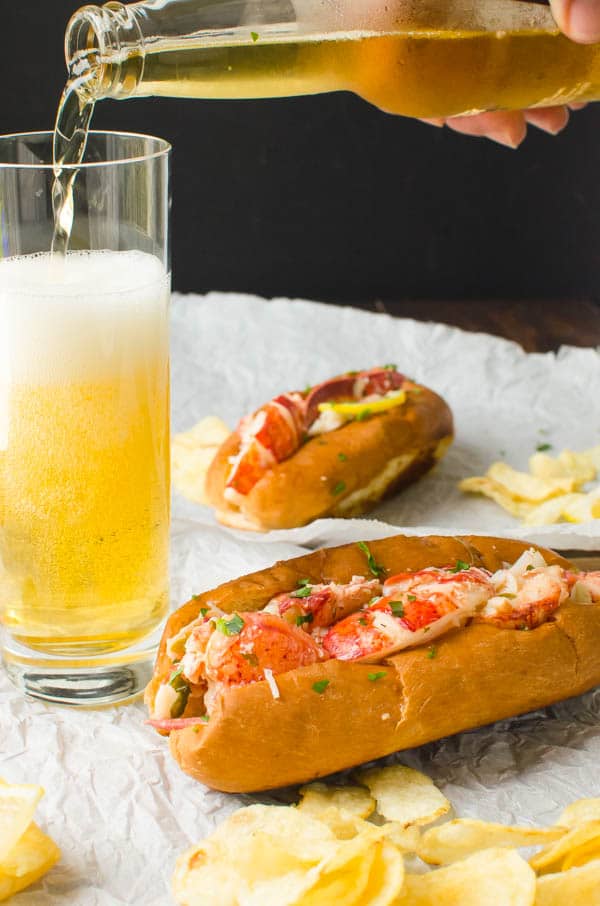 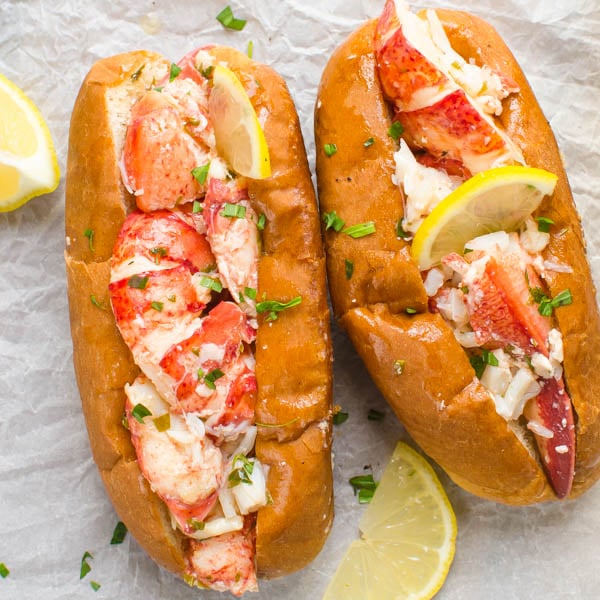 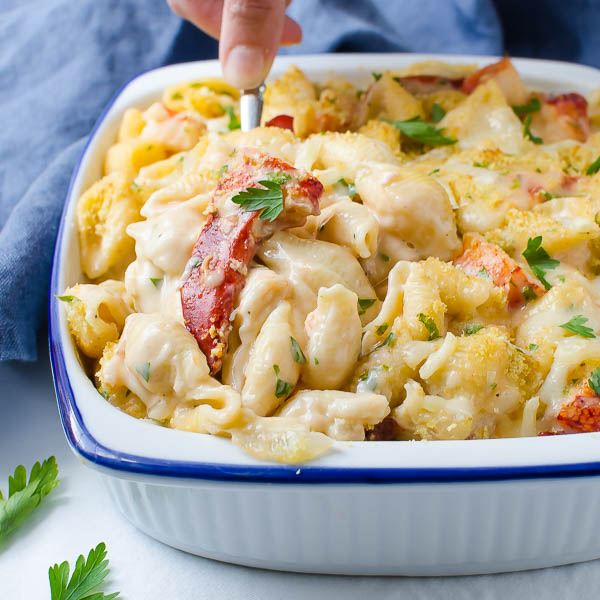 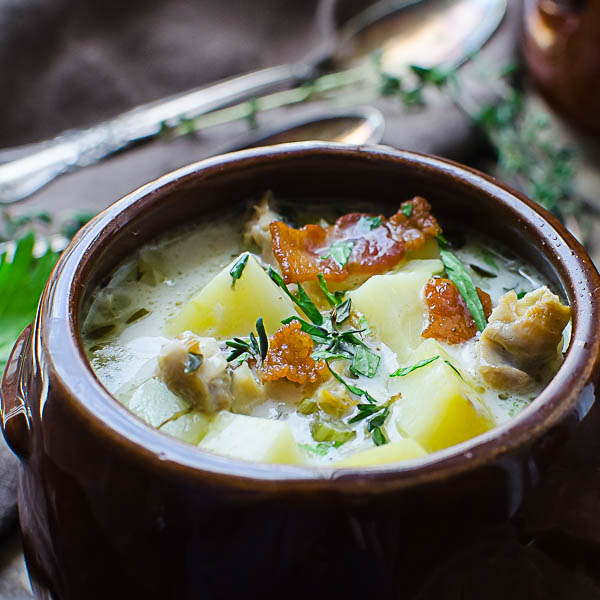