I grew up in Virginia and the mainstays on the holiday table were always foods indigenous to the Tidewater region.  Smithfield hams, of course, blue crab from the Chesapeake Bay and  Rappahannock oysters. 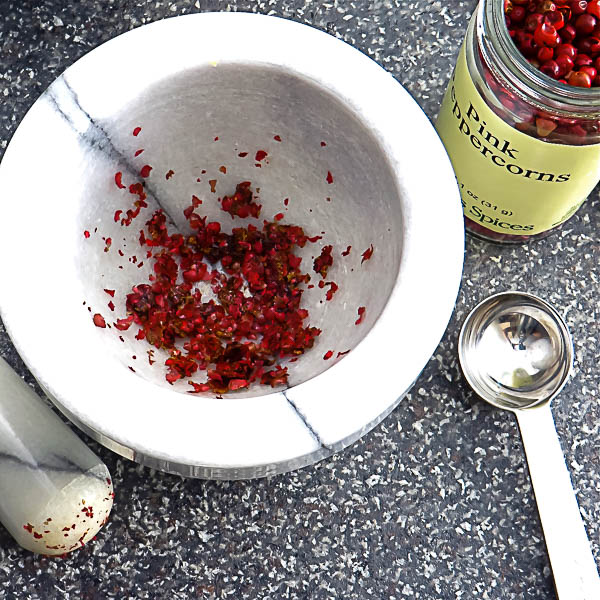 The first time I ever had an oyster I was about 5 or 6 years old.  I was with my parents at one of their friends’ homes.  They were serving raw oysters on the half shell as an appetizer.  I remember my Dad offering one to me. 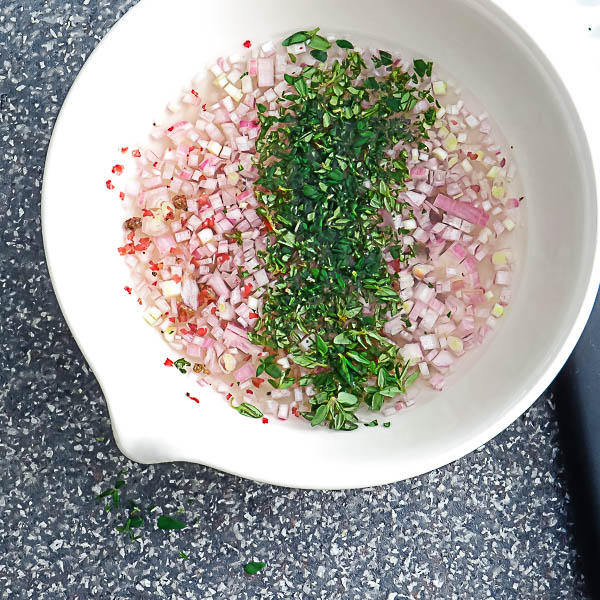 His earnest grin made me want to do it.  I took the shell and let the oyster slip into my mouth.  I chewed once or twice and swallowed.  My father beamed!  I think he was proud that I hadn’t made a face or pronounced it, “gross”.  I was thrilled to receive his approval! 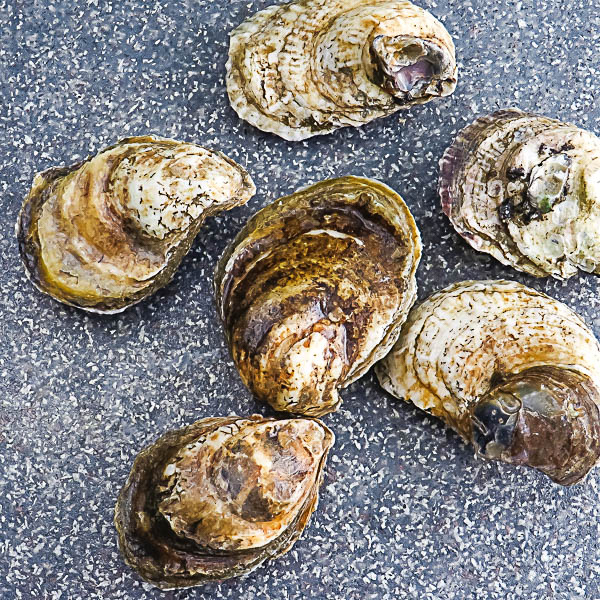 Thus, my love of the oyster began!  And this year, when we received a large box of fresh Rappahannock oysters from Myne, Uncle Buck and Aunt Lynne, I giggled with greedy anticipation.  Thank you soooo much! 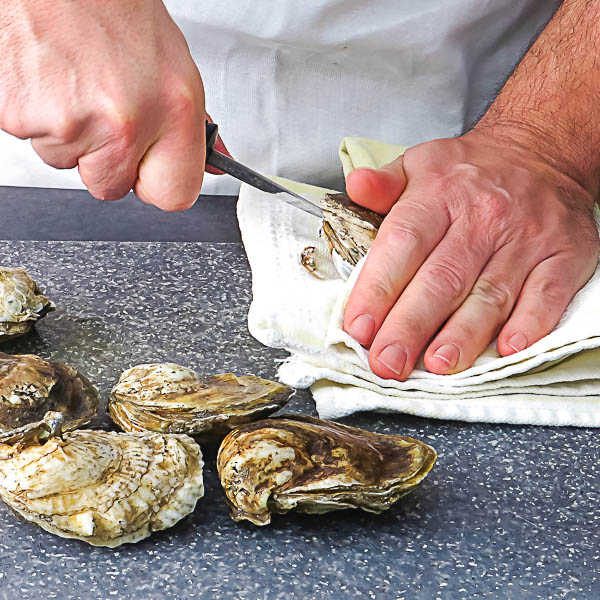 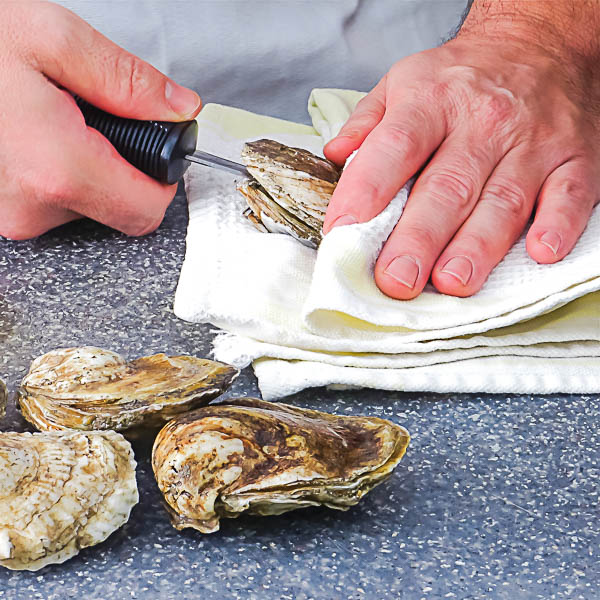 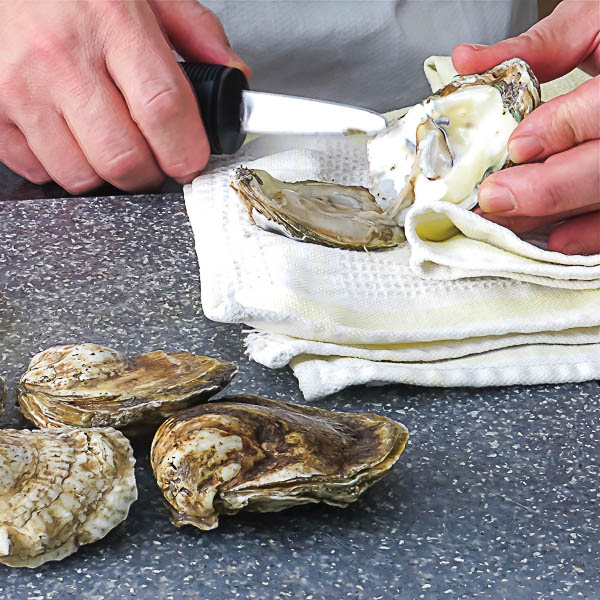 Scott got an oyster shucking primer on You Tube (give the guy a break, he’s from Minnesota — nary a bivalve in sight) and we were ready! 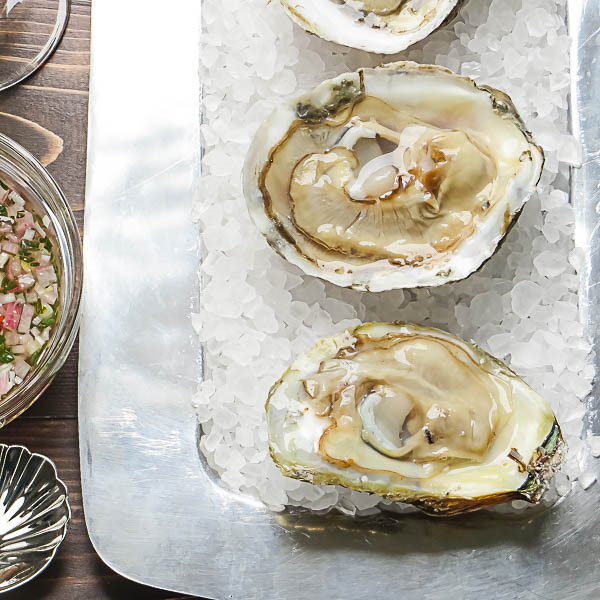 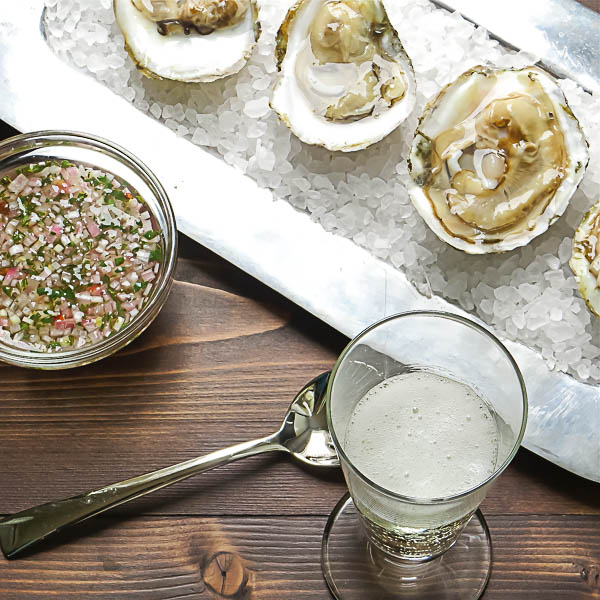 I served the first delicate morsels on Christmas night.  I made a Rockefeller of sorts.  I didn’t have Pernod and the stores were closed, so I skipped it.  While many recipes called for cheese, I ended up topping them with a few spoonfuls of hollandaise sauce leftover from our morning benedicts.  Not too shabby. 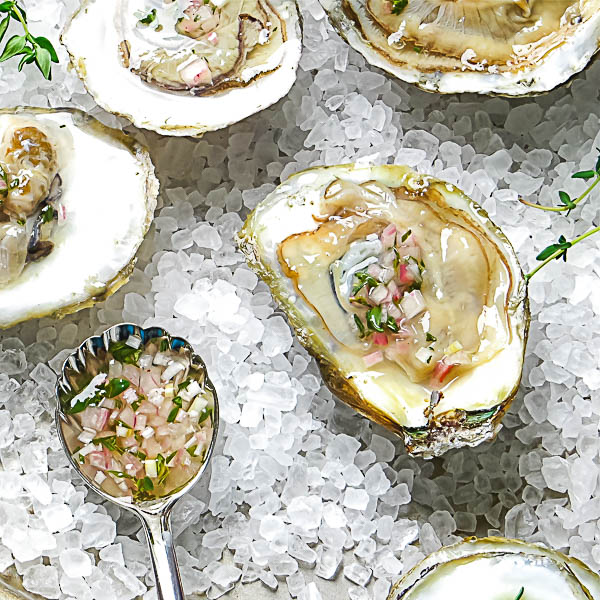 But this is the way I prefer them.  Raw, on the half shell, with a simple  mignonette.   They’re delicate, briny and utterly delicious!  This is the perfect way to ring in the New Year — don’t forget the champagne! 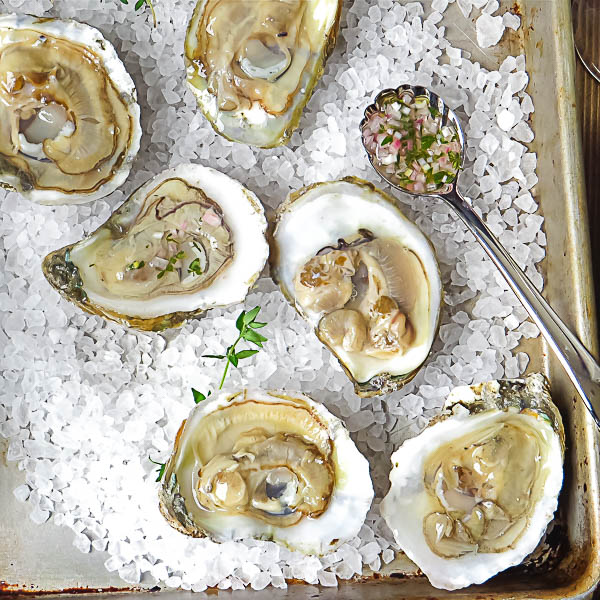 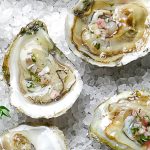 If you're unfamiliar with oyster shucking, check out the link I embedded in the article. After two or three, Scott felt comfortable with his task. 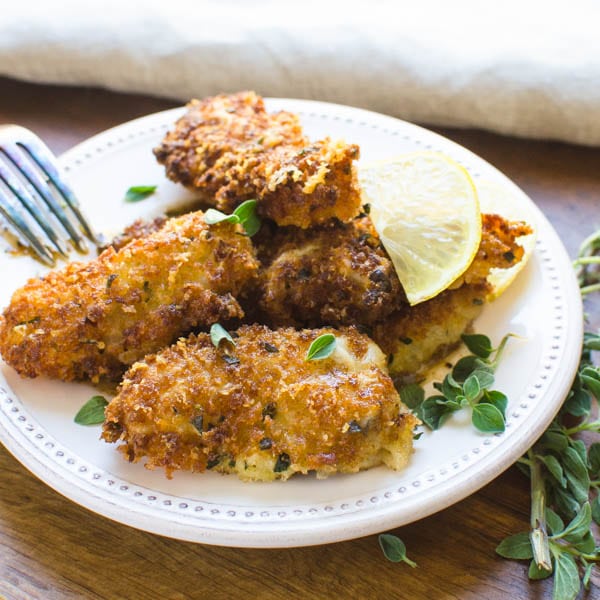 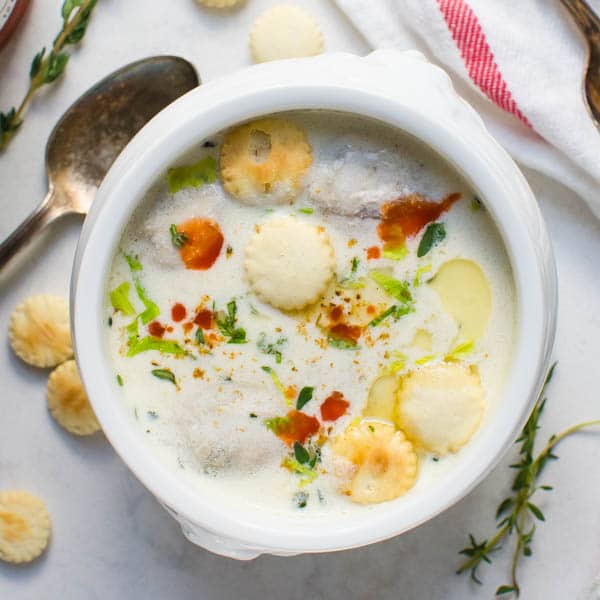 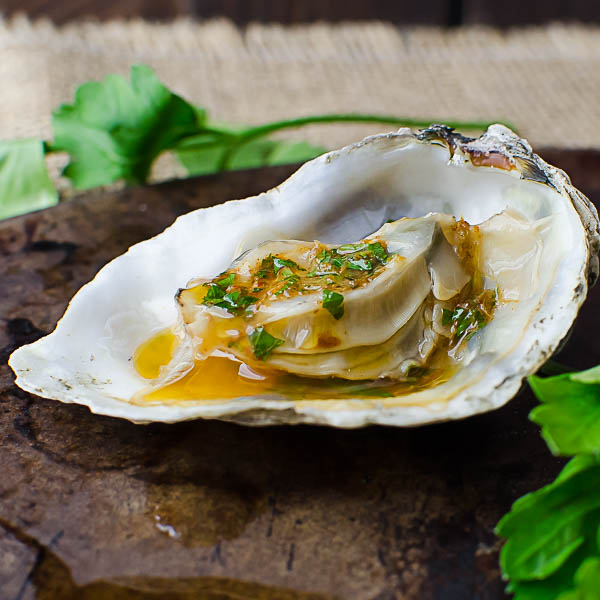