My grandparents immigrated from the French West Indies island of Martinique.  Aside from heavy French accents they also brought with them recipes for some of their favorite regional dishes. This is one of them.  In Martinique they’re known as Marinades (mah-ree-nod) but everywhere else in the islands, they’re referred to as Accras, or Accras de Morue.  By either name these crispy-tender fritters have always been a staple at our family gatherings. 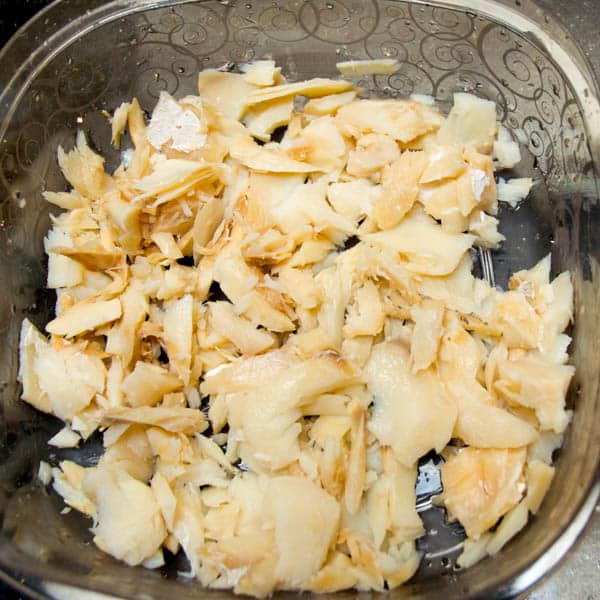 My grandparents are older now, and don’t do much cooking, but their caregiver, Michelle, is also from the islands and is in-the-know about accras, having grown up on them herself.  During a visit to see my grandparents, Michelle agreed to make a batch while I took copious notes (and pictures) of the process. 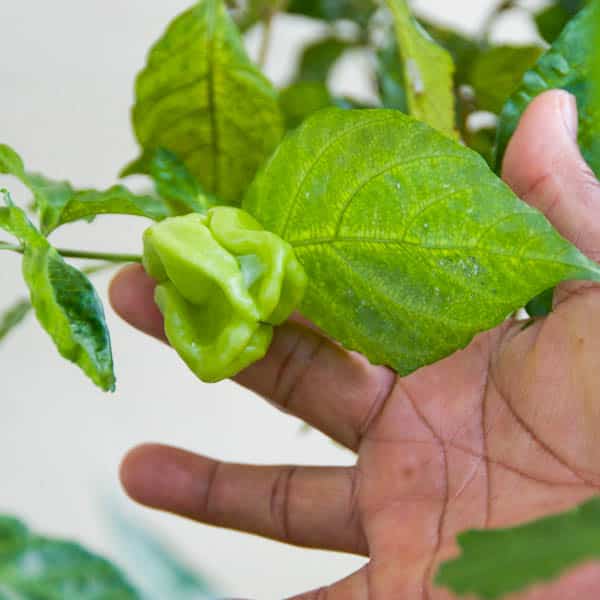 Essentially these are cod-fish fritters and the recipe starts with salt-cod that has been soaked overnight.  Michelle changes out the water every so often before eventually simmering the fish in more fresh water. 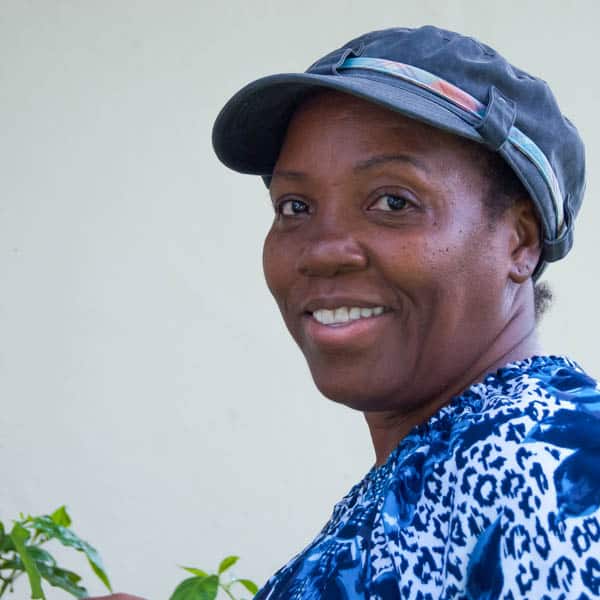 From  my grandfather’s garden, she plucks a Scotch Bonnet pepper from a bush he has cultivated from special seeds. 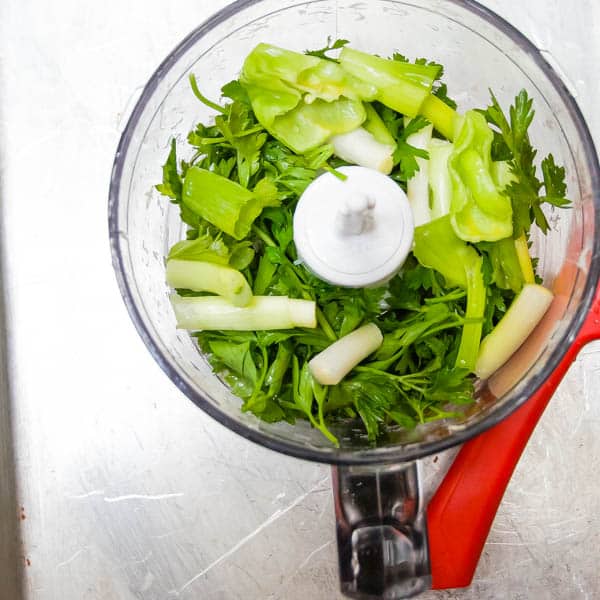 Scotch Bonnets are one of the hottest peppers around, so only use half a pepper if you’re sensitive.   She pulses the pepper with scallions and parsley in a mini-prep food processor. 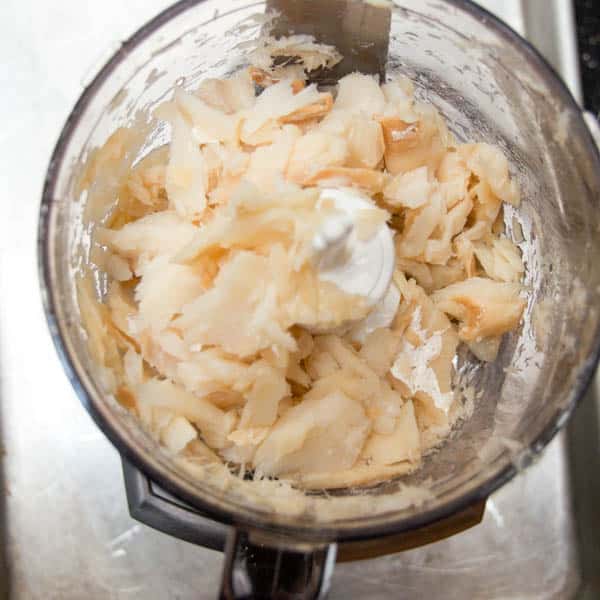 Then she does the same to the cooked cod until the flakes have shredded.

To make the batter she uses self-rising flour, baking soda and water.  My grandfather drifted into the kitchen to assess her progress, noting the differences in her recipe versus his own — “you dohn use zee bakeeng powdeh?”

“No,” she replies, “because I use self-rising flour”

He doesn’t say anything, but gives her a “hmph” and nods as if to say, continue. 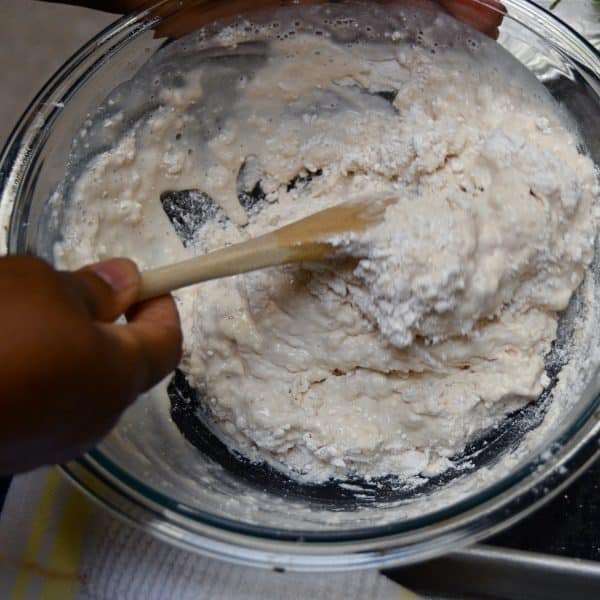 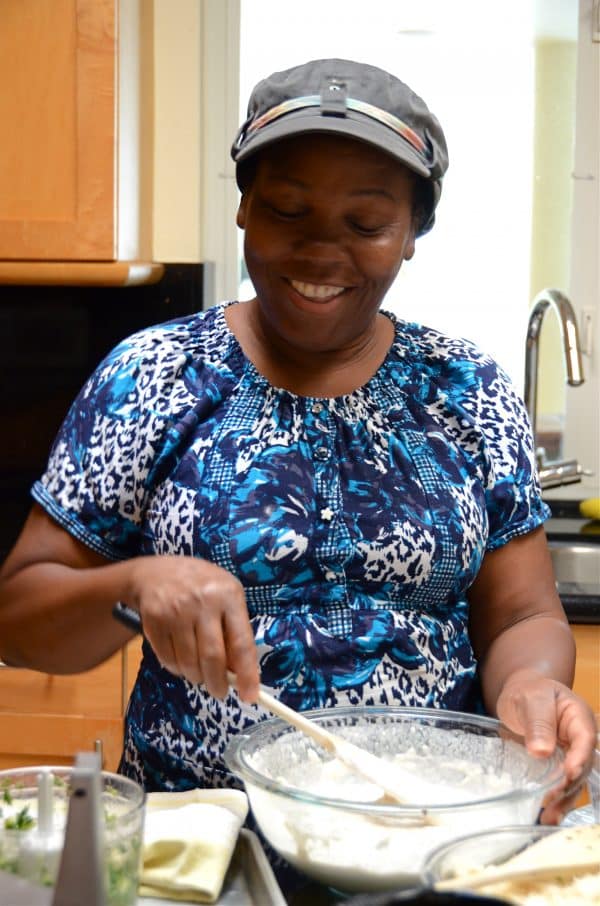 She adds water to the flour mixture until she has a thick batter, then she folds in the codfish. 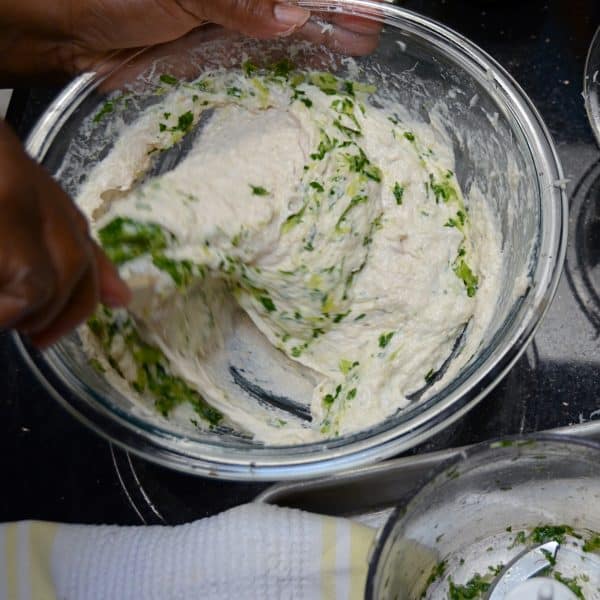 The chopped parsley, scallions and pepper are next.  I can smell their familiar perfume from across the kitchen. 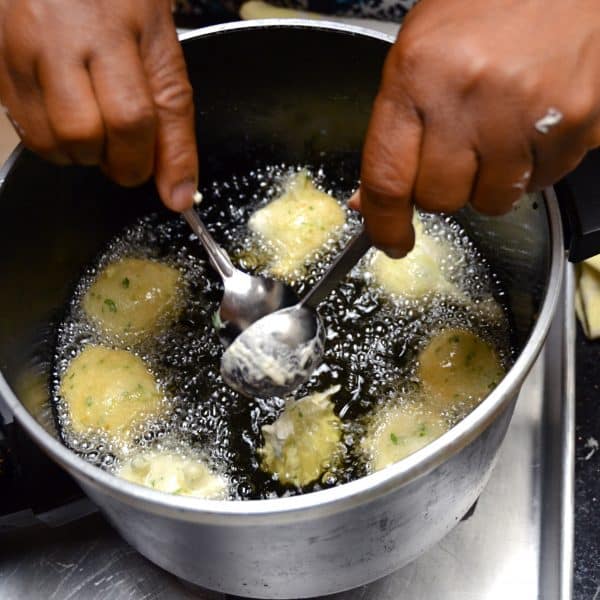 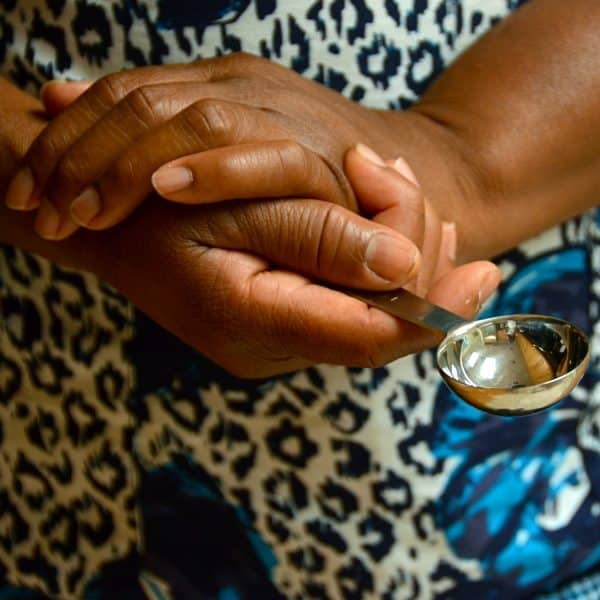 Michelle shares a few tips on cooking the accras.  She always makes a “test” fritter – to gauge if the  oil is hot enough and to taste, in case she needs to add anything to the batter.  (Smart lady).  She also uses a tablespoon to measure out the batter, ensuring a uniform size to the fritters. 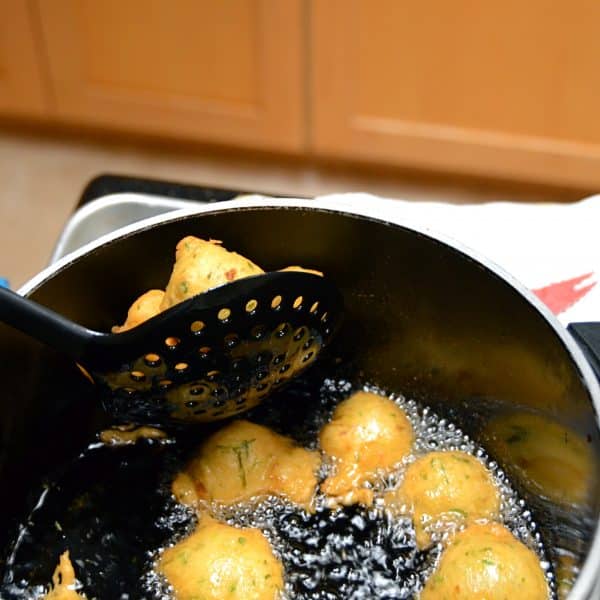 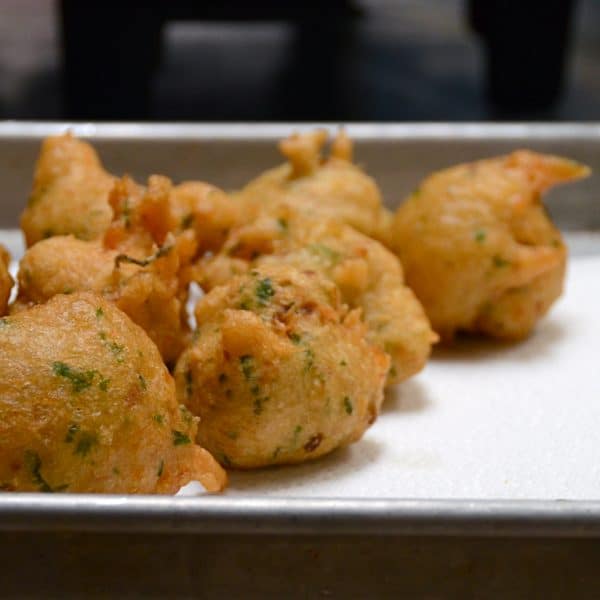 And this may not seem like a big deal, but believe me it is — when she’s scooping out those crispy fritters she leans them against the side of the fryer for a good 20 seconds, letting the grease drain before finally depositing them on a baking sheet lined with paper towels.   When I looked at the paper towels later, there was barely a grease spot at all – a simple, but genius tip!

As soon as the first batch was cool enough to handle, we all went in for a taste.  They were perfect.  Crispy outside, cooked perfectly inside, with a hint of spice. 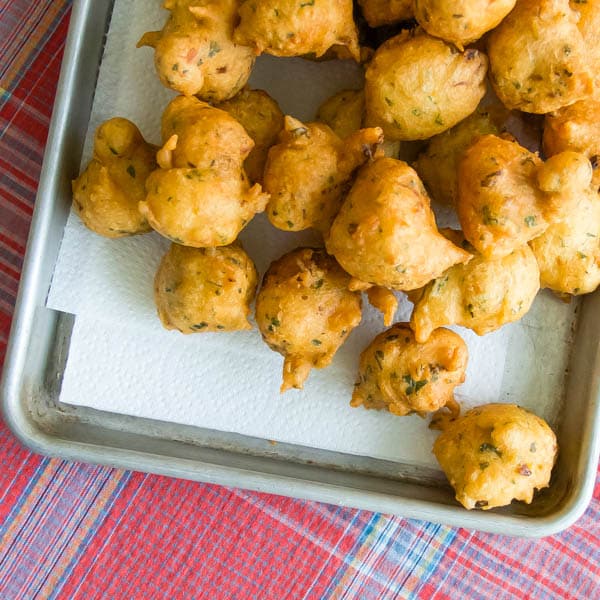 If you put a platter of these out at your next cocktail party, I guarantee they’ll be devoured by your guests with the efficiency of a Hoover vacuum. 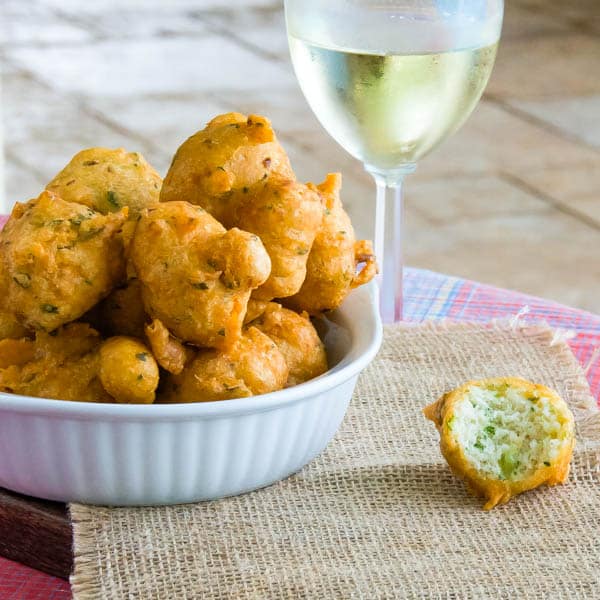 Michelle says that they fry fresh batches to serve hot during parties and family gatherings.  We take a lazier approach and freeze large batches, then just pop them in a hot oven when guests arrive. 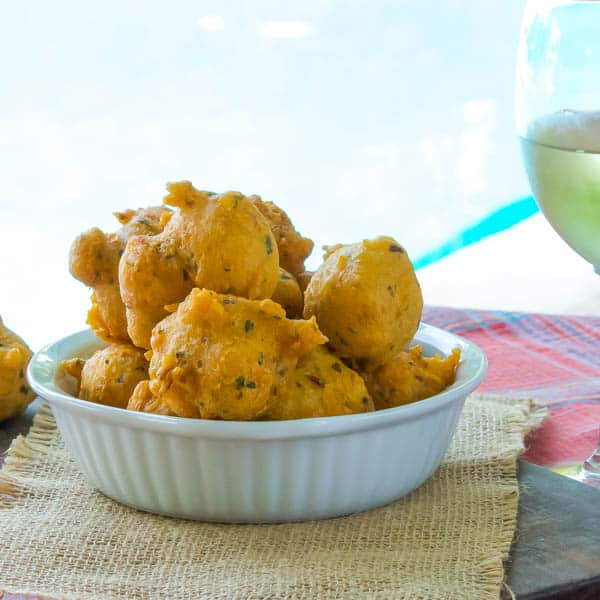 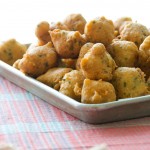 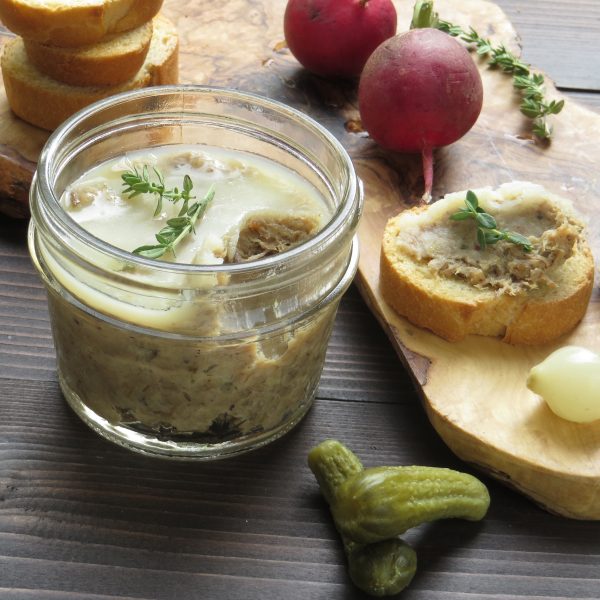 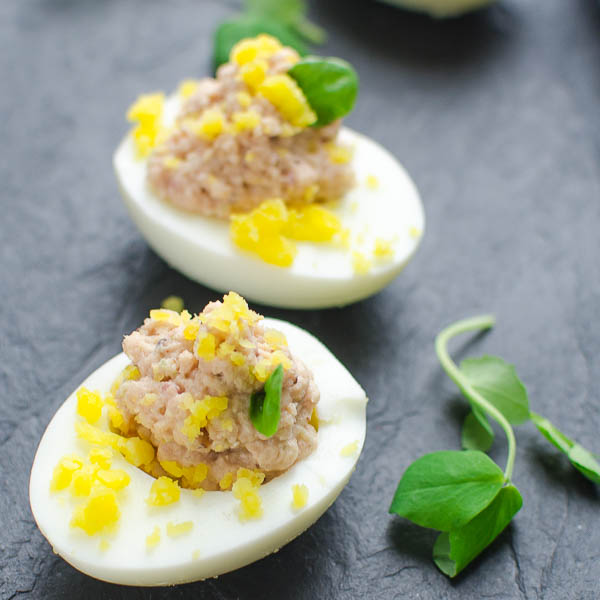 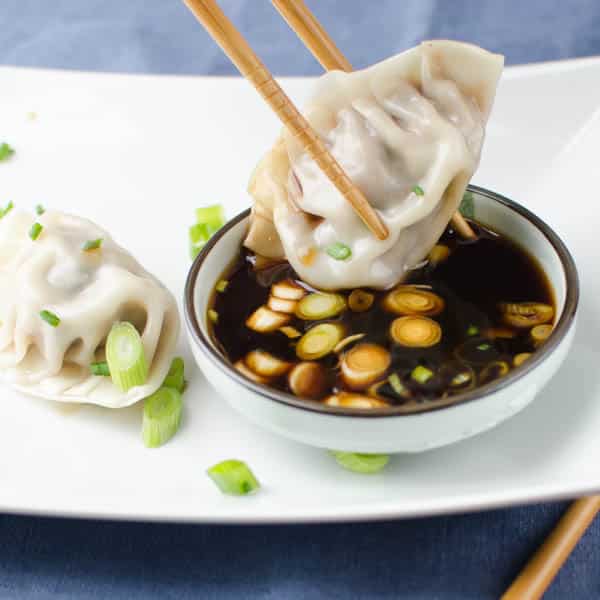 Don’t Forget To “Pin It” For Later