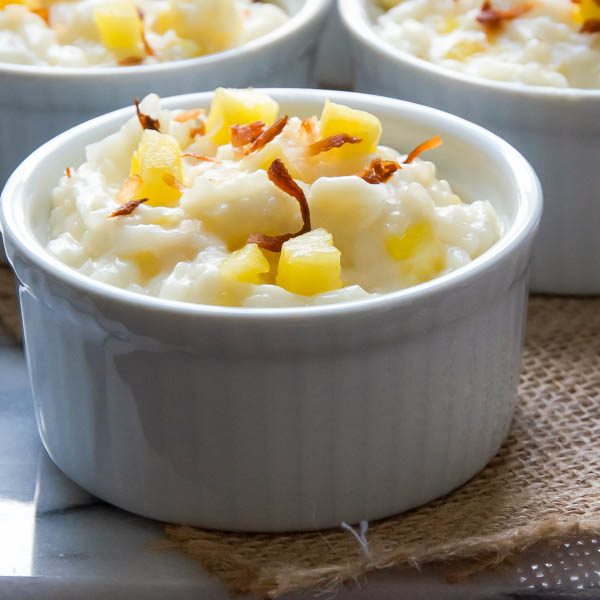 I can count on one hand the number of desserts my maternal grandmother used to make for the family.  And none of them were what you’d consider “normal” treats — not for an American kid anyway.   She’d make things like clafoutis, crepes suzette and île flottante. 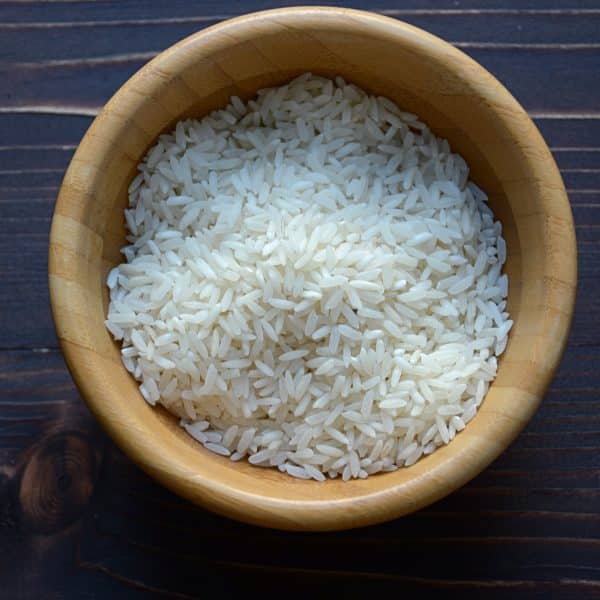 And there was her riz au four (pronounced ree-o-fouh) or baked rice pudding.  I’ll be honest.  I think the family was split on her rice pudding.  Half loved it. The other half, well, we ate it. 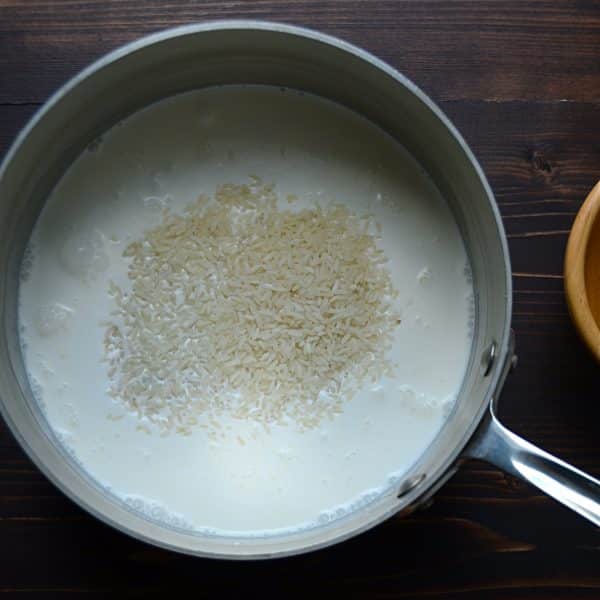 I was in the second camp.  She would bake it in a large casserole dish and it always had a strange, leathery crust on top.  Once you got down inside, it was sweet and mild, but still.  I never requested it. 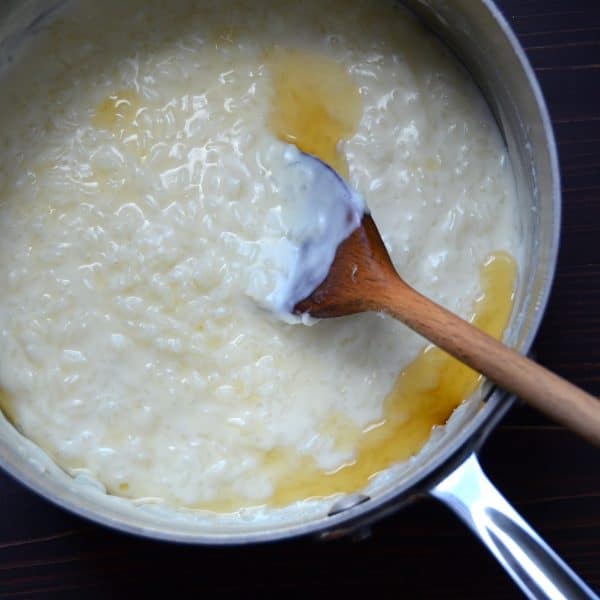 So when I decided to make my own rice pudding, I instituted new rules. First, it should be pudding-y all-the-way-through.   My version would thicken on the stove, instead of being baked.  And there would be no leathery crust. 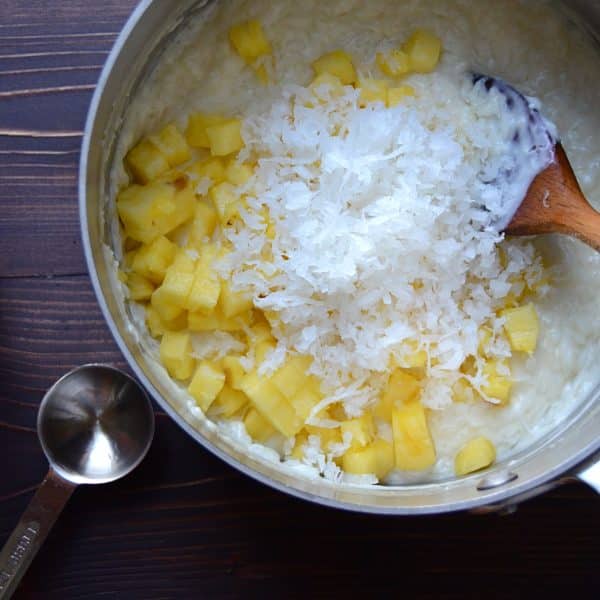 I added coconut milk, flaked coconut and bits of fresh pineapple for a tropical flare and because it reminded me of my favorite umbrella drink, I added some rum.  Definitely different from my grandmother’s version. 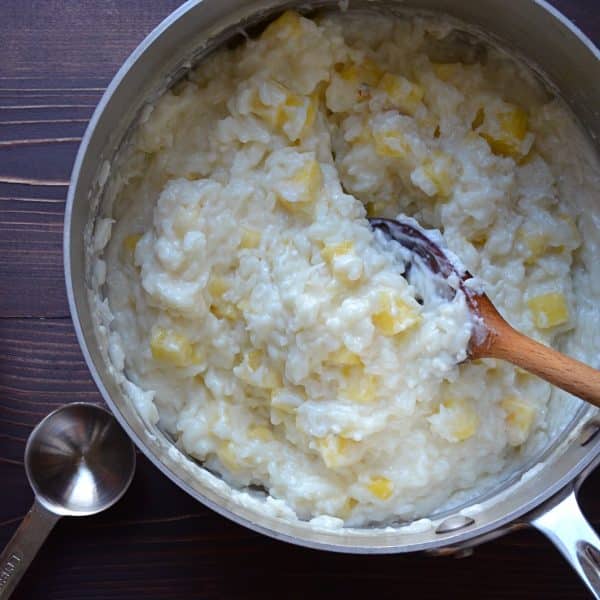 The key to this pudding is a long, slow cooking time, measured patience and a wooden spoon.  I cooked the rice with the coconut and regular milk until it was absorbed and the rice was tender,  adding liquid every so often if it started to get too thick. 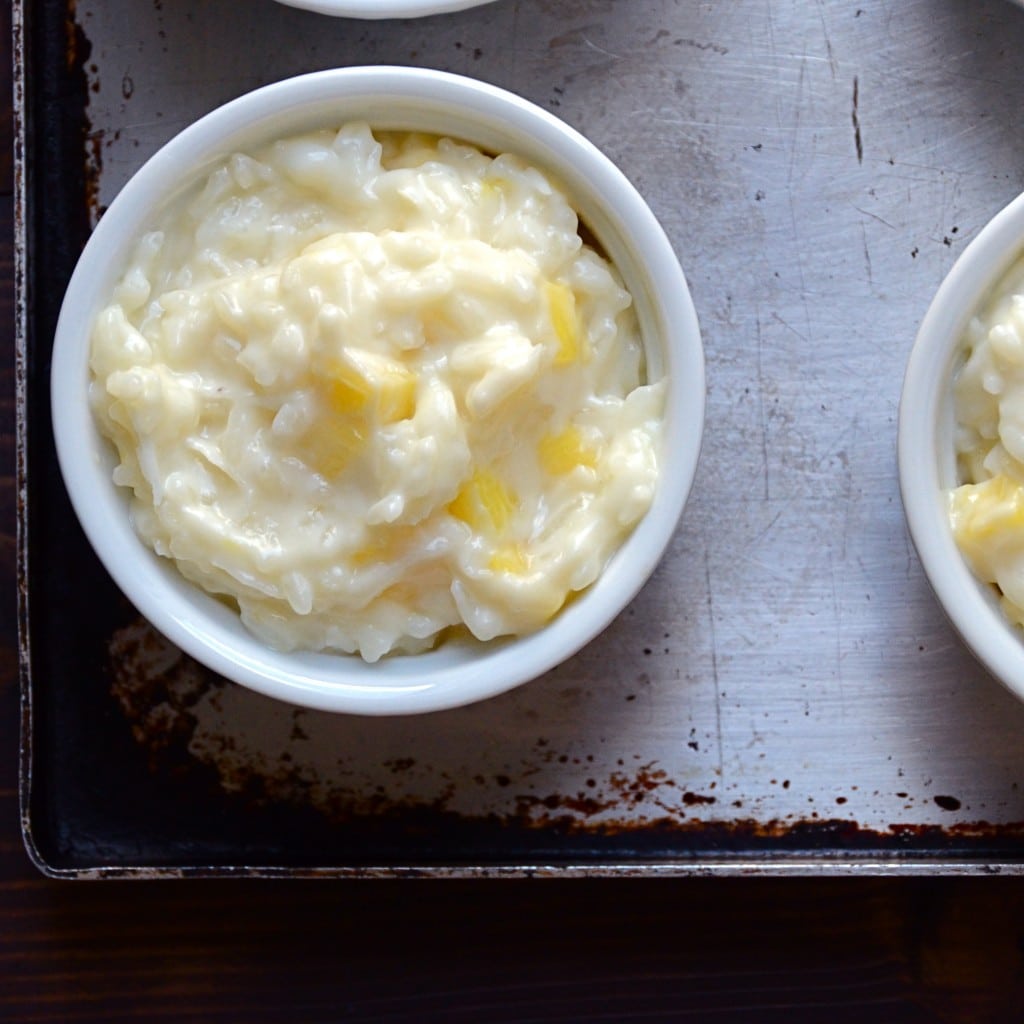 It’s important to taste a grain of rice at  the end of cooking — to make sure it’s not undercooked.  Nothing will throw off a pudding more than crunchy rice or a leathery crust. 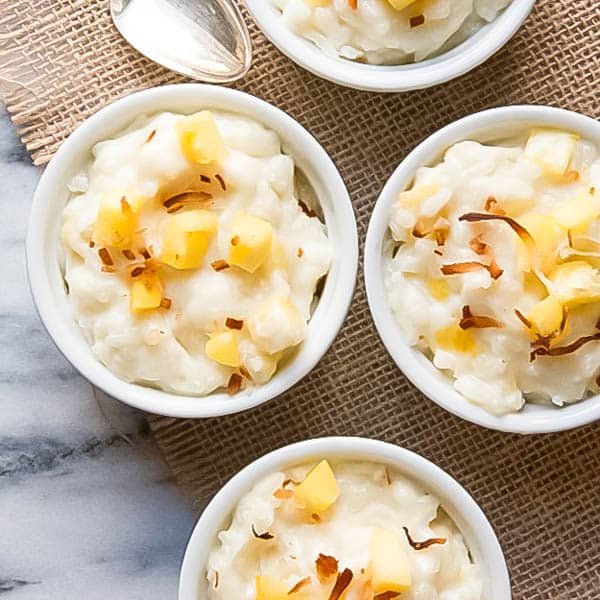 Spoon the pudding into ramekins to serve.  It’s delicious warm or chilled.   I sprinkled extra pineapple and toasted coconut on top for garnish.  Yum!

Lest you think me a horrible granddaughter, I brought a dish to my grandmother, and she approved – eating every last morsel!  Pina colada rice pudding was a hit! Want more creamy desserts? Try this Peach Yogurt Panna Cotta or this Toasted Almond Panna Cotta. 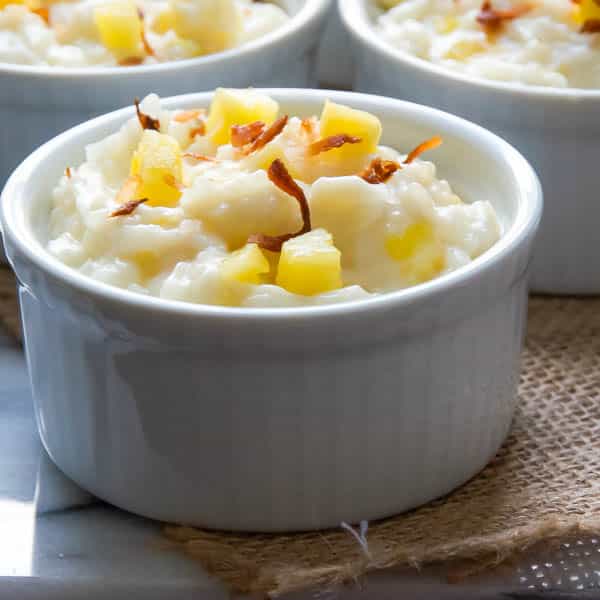 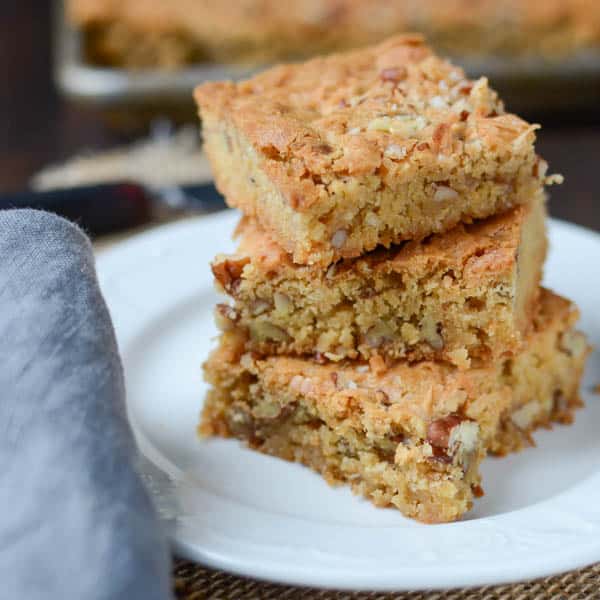 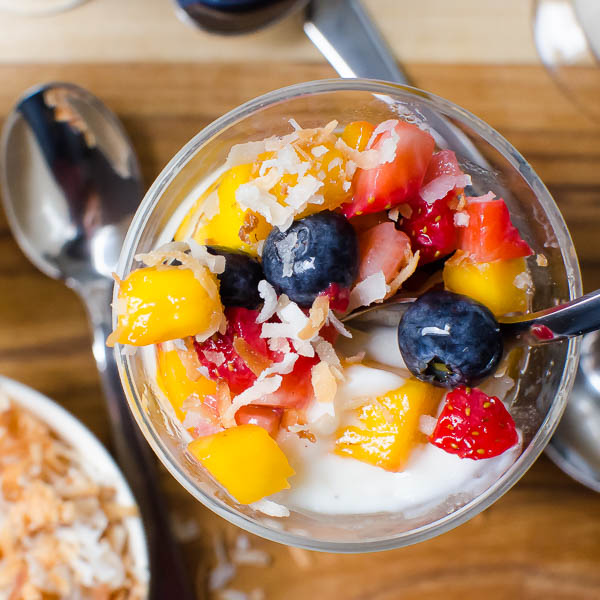 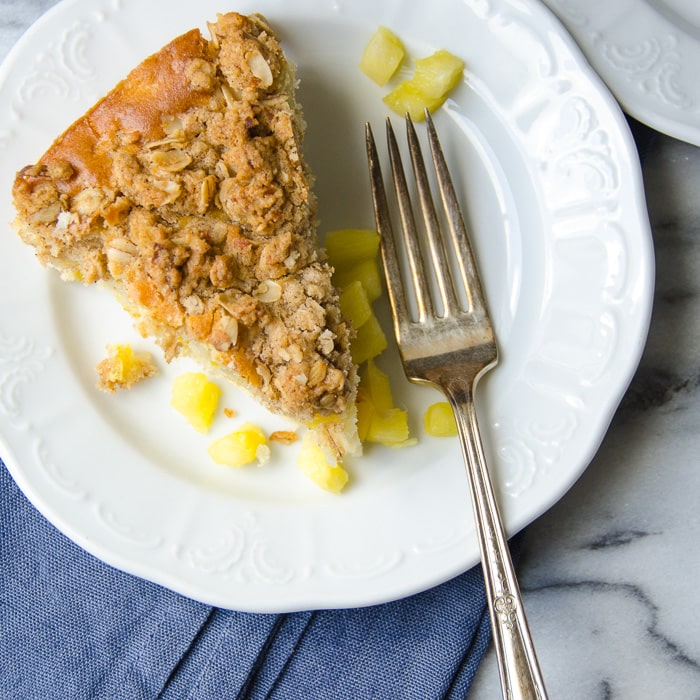