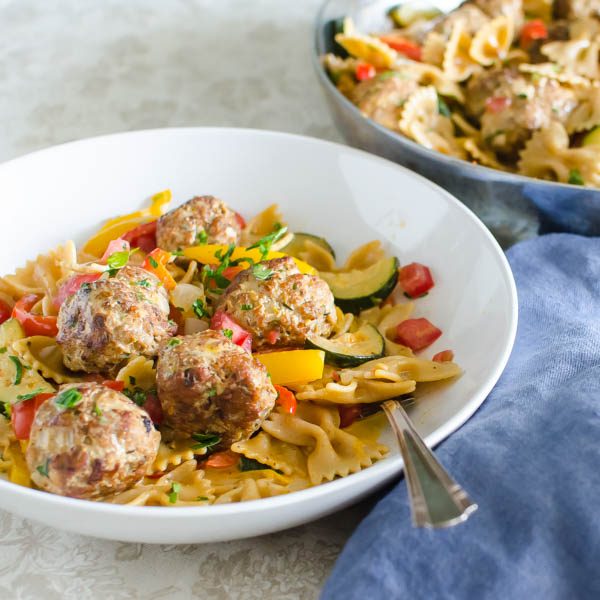 I did an inventory of recipes on the blog and it turns out that I don’t have a lot (read: hardly any) pasta dishes here.  I mean, yes there’s that lasagna, and that salad loaded with pepperoni and mozzarella, and several renditions of macaroni and cheese, but in the aggregate, my site is deficient in main course pasta.  There’s a reason for that.  Scott has requested — actually declared — that he doesn’t want to eat pasta.  He likes it, but feels like it undoes all his hard work at the gym.  I understand, but my craving for Cajun Meatballs and Pasta — overruled his directive!

And I blame Sean Kolina.  He’s the co-owner of Legion of Spice, and he recently sent me a few jars of his spice blends for sampling. Bayou Black (which I used for this recipe) is a classic Cajun rub and seasoning with paprika, oregano and cayenne pepper — it has a distinctive N’awlins bite.   Black n’ Bluesy is more of a spicy cajun powder with a notable flavor of blue cheese (how did they do that?) 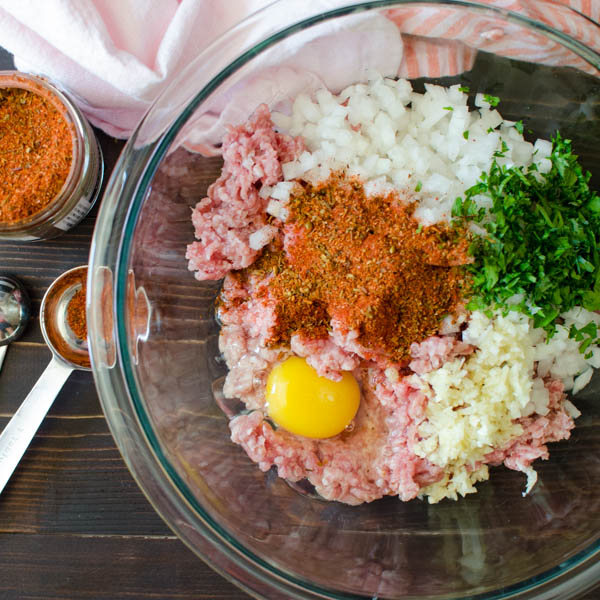 These rubs would be great on chicken, seafood, potatoes, vegetables — really anything, but I had some ground pork that was defrosting in the fridge and suddenly I was jonesing for some meatballs.  Cajun spice meatballs. 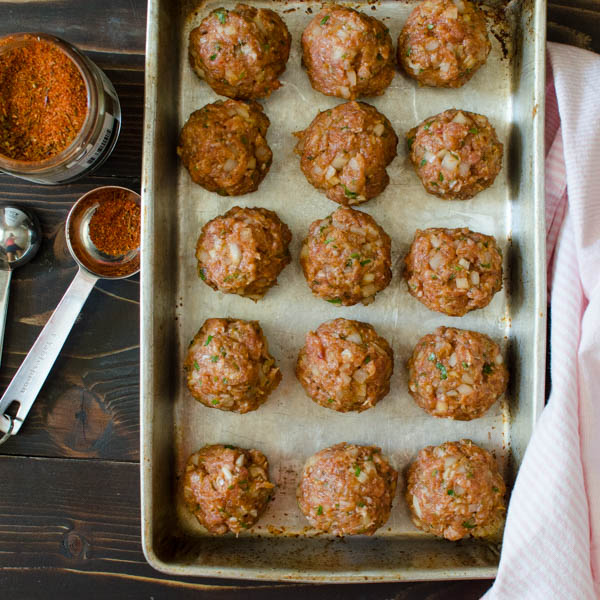 I was going to spiralize some “zoodles” to go with them,  per Scott’s edict,  but then — I thought of you, dear reader — and my shocking lack of pasta.  There was half a package of whole wheat farfalle in the pantry and well… one thing led to another…

You wouldn’t believe the blowback I got from Scott.  Emphatically shaking his head, rolling his eyes and letting a frustrated sigh escape his mouth,  “You made what?!!  I asked you, not to fix pasta!”

Geez.  You’d have thought I was serving him calves brains.  So — I rationalized.   “It’s whole wheat pasta“.  “There’s lots of vegetables, too.   It’s healthy-ish.  And did I mention the meatballs?”  He was only slightly mollified. 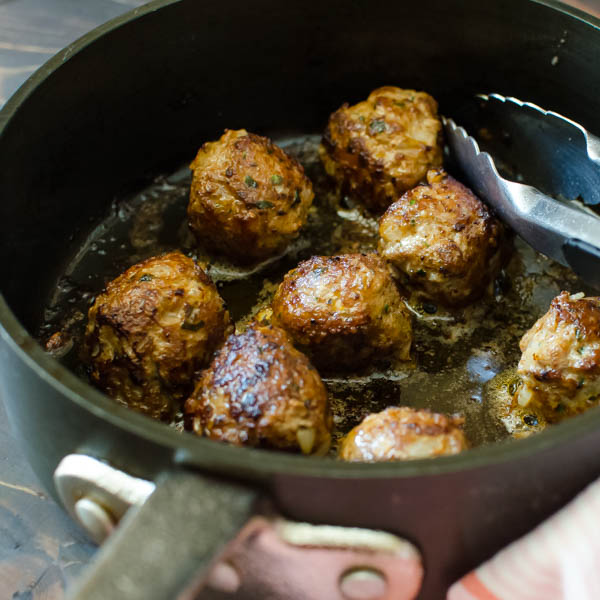 Of course, it was a different story when we actually sat down to dinner and those heavenly cajun aromas enveloped him.  The vegetables were crisp tender, the pasta, al dente and the lightly spiced cajun cream sauce brought it all together.  But it was the Cajun spiced meatballs that shone through… moist, flavorful and satisfying.   He claimed the leftovers for his lunch the next day.  Trust me, you want this. 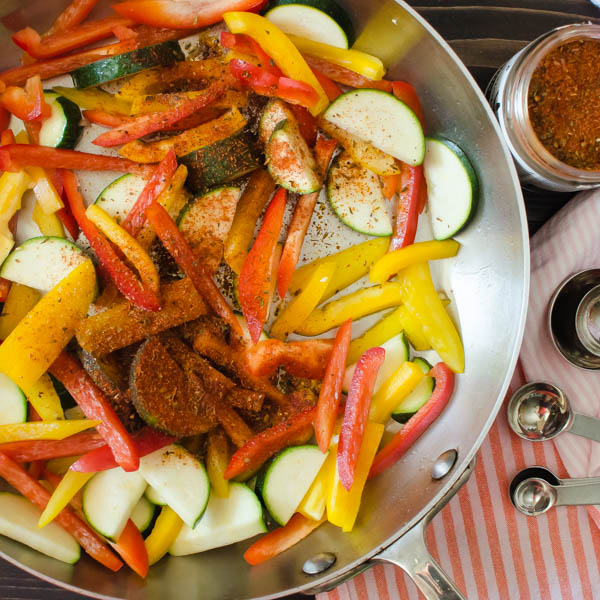 Legion of Spice will be rolling out even more spice blends soon, but you can find Bayou Black and Black n’ Bluesy now on their website.  Be sure to mention that  you heard about them on Garlic + Zest!  Oh – and aside from having really delicious seasonings, Legion of Spice is committed to donating 10% of profits to helping feed the hungry – this is a company that cares about the community and is actively doing their part.  Find out more about their philanthropy here!  And let me know how you like the pasta! 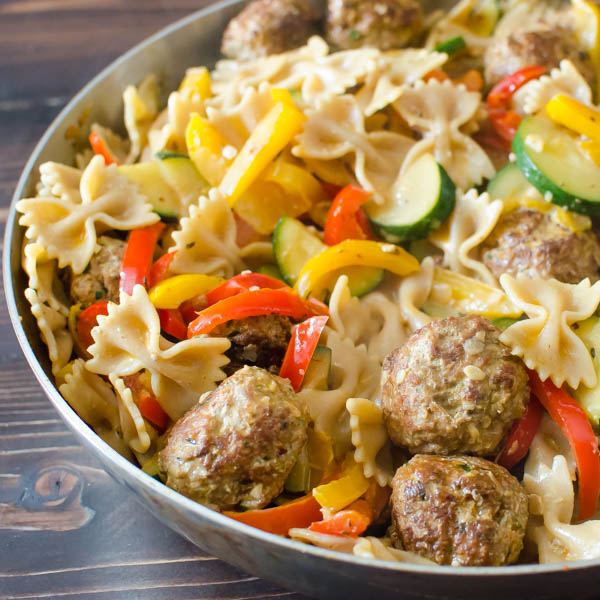 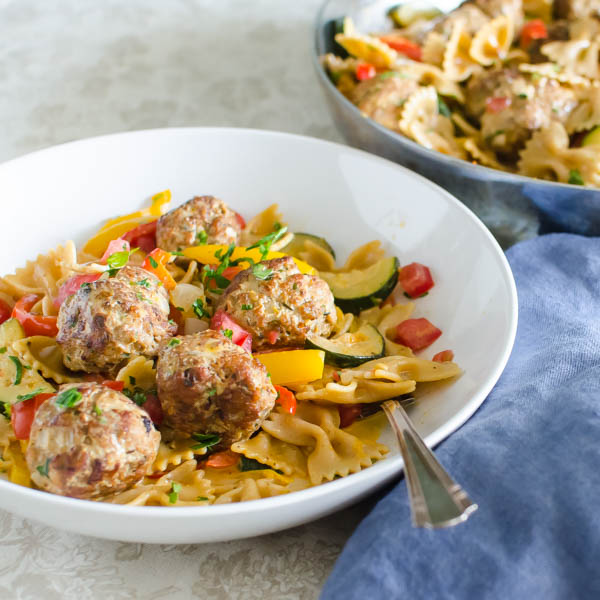 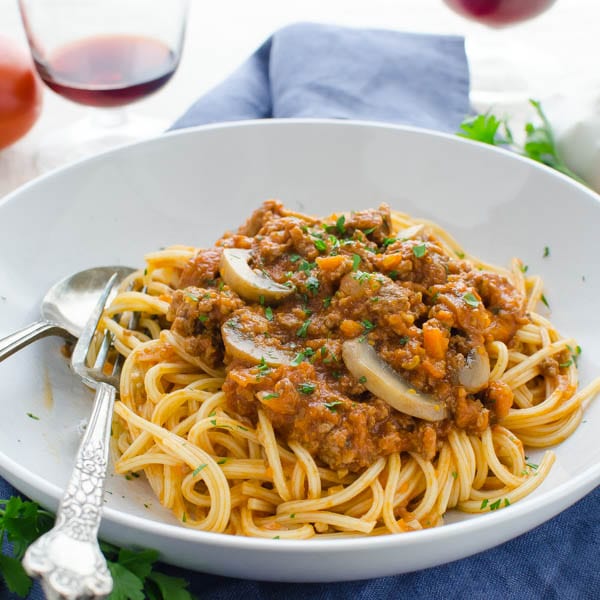 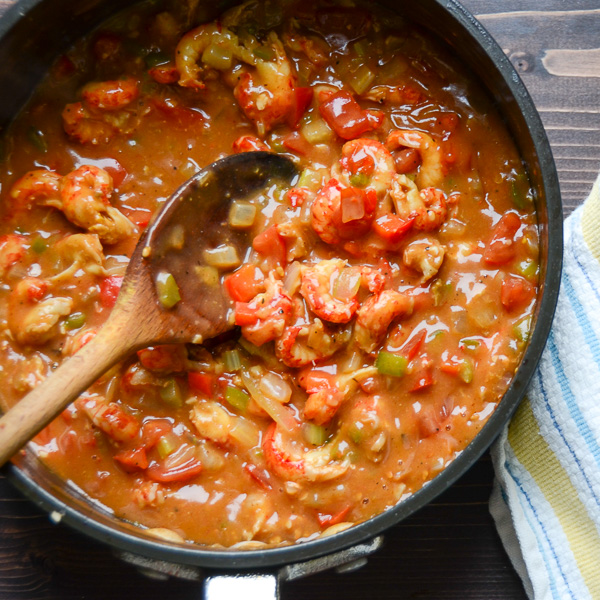