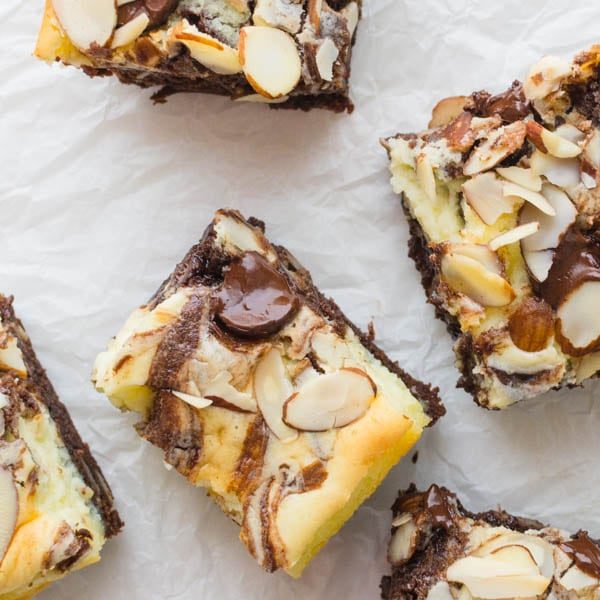 Decadent, indulgent and swoon-worthy… these Chocolate Almond Cheesecake Brownie Bars with chocolate chunks and crunchy toasted almonds are beyond luscious. The best marbled cheesecake brownies around!

If you’re a chocolate lover and homemade fudge brownies are your downfall, prepare to fall HARD. In fact, you might want someone close by to catch you. Admittedly, I’m not one of the folks for whom chocolate (like air) is a daily necessity, however, that doesn’t mean I don’t understand the pull… I do. In fact, it’s the reason I made these Chocolate Almond Cheesecake Brownie Bars. 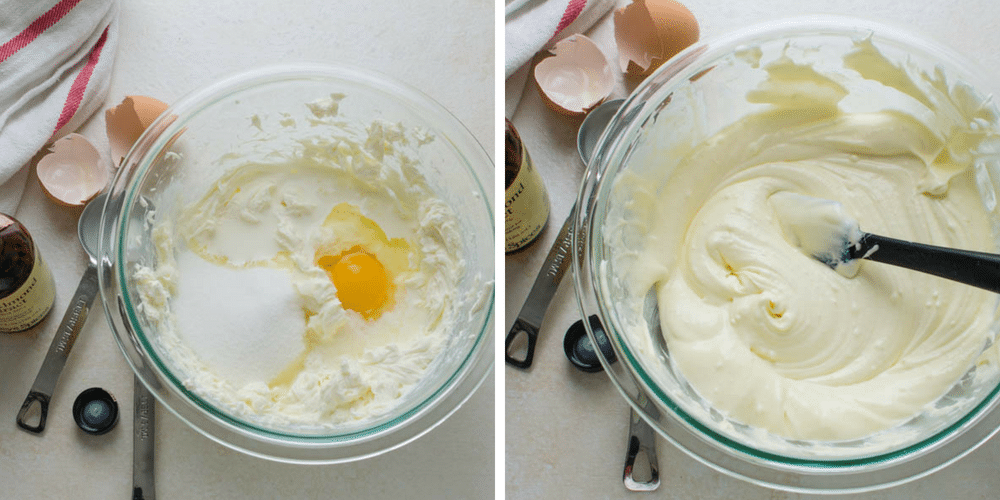 My cousin, Katrina (arguably the best baker I know) loves chocolate – in any form, but the more indulgent, the better. So when she and her husband, James stopped by for dinner, I knew I’d have to step up my dessert and a fruit galette or apricot tart wasn’t going to cut it. 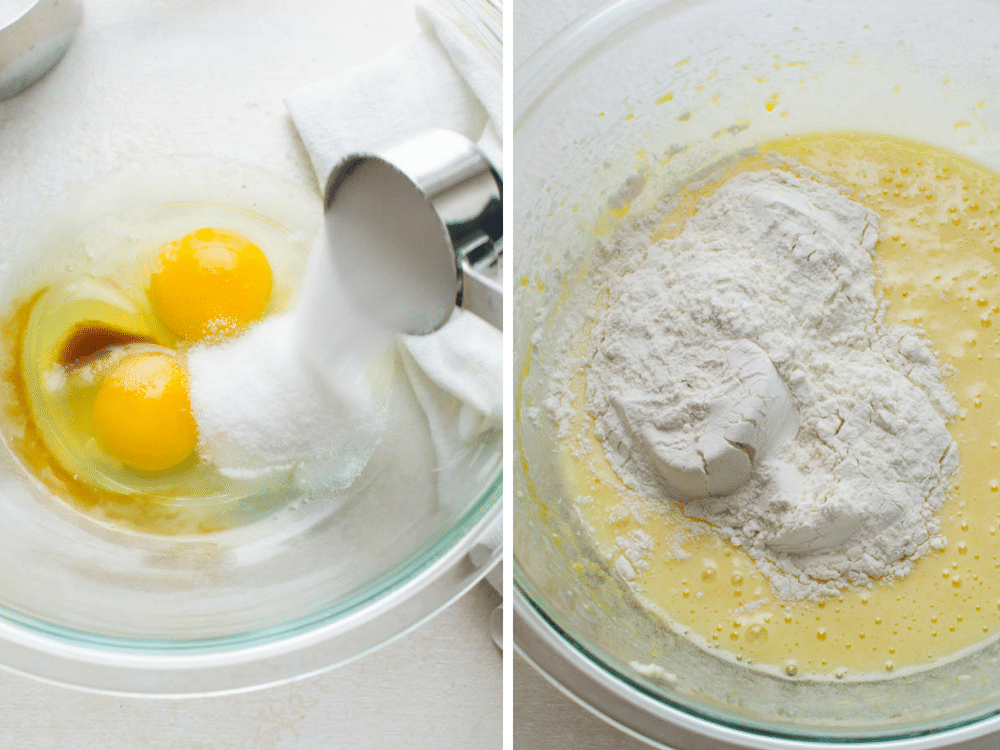 Break out the chocolate.  My first thought was homemade fudge brownies — maybe with a scoop of ice cream. That would be good, but marbled cheesecake brownies would be better. A layer of fudgy brownie, swirled with rich cheesecake filling.  For this recipe, which is pretty straightforward, I start with the cheesecake filling, mixing eggs, sugar, cream cheese almond extract and a bit of cream until smooth and creamy. 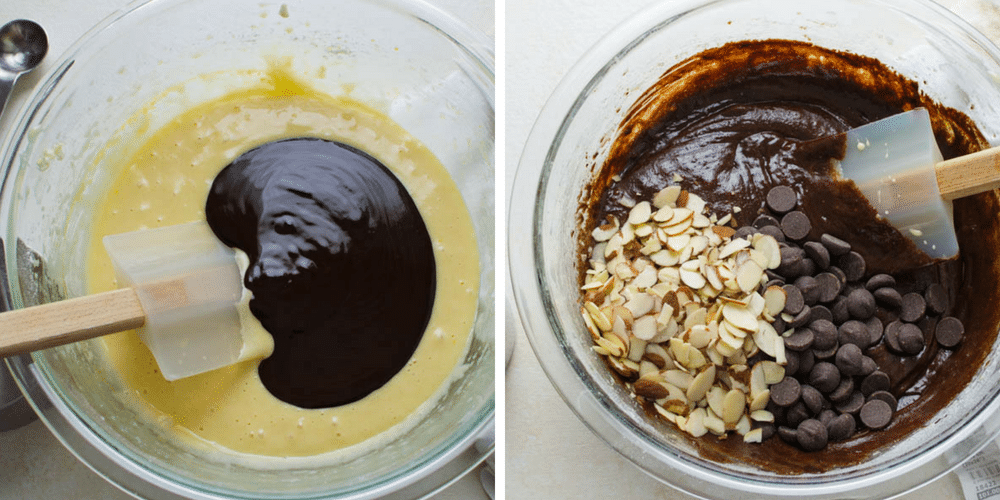 Next comes the fudge brownie layer.  Infused with four ounces of melted chocolate, espresso powder to make it really fudgy with vanilla and almond extracts, these cheesecake brownie bars are rich and chocolatey without being cloyingly sweet. Sliced almonds and good chocolate chunks (I used Ghirardelli) mixed into the batter give the brownies a subtle crunch and luxurious melt. Ok, yeah — even I’m coming around to the lure of chocolate almond cheesecake brownie bars. 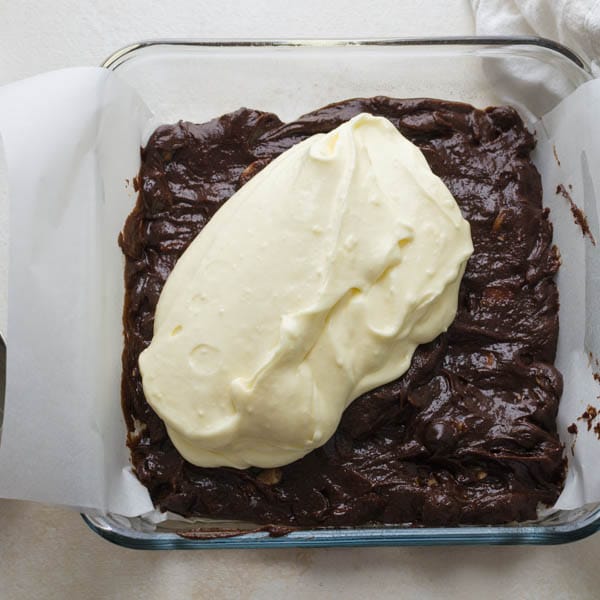 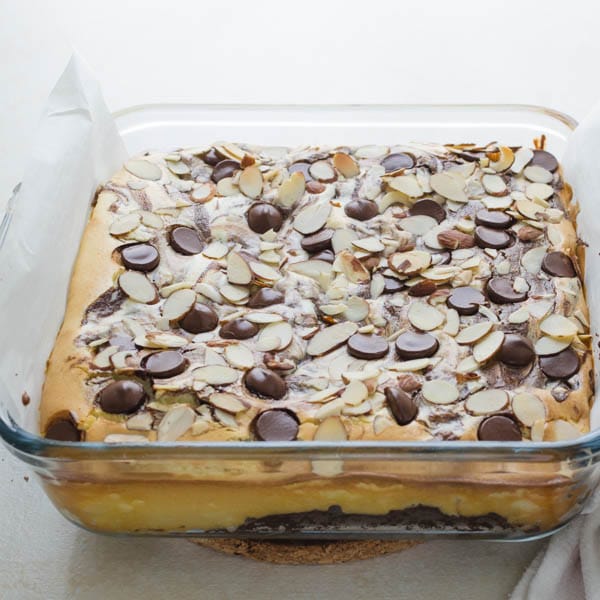 Cool the cheesecake brownie bars to room temperature before cutting into them. 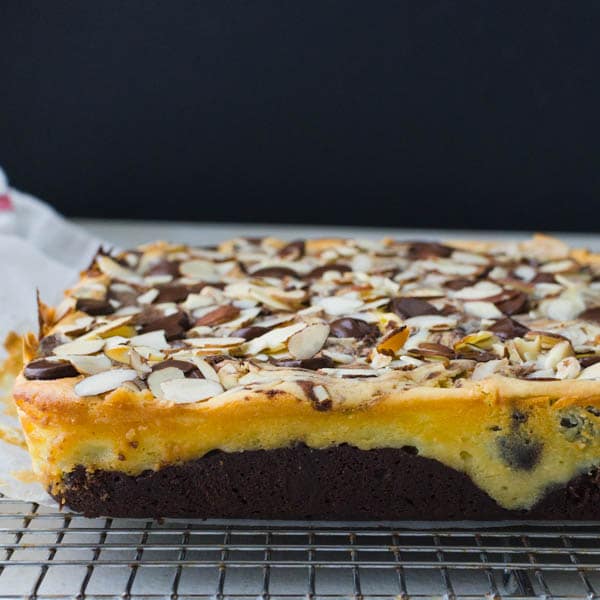 Katrina is too funny. She came into the kitchen, looked around and immediately spied the brownies.  “Are we having this for dessert tonight?” she asked in a please let her say yes voice.

She grinned in anticipation. 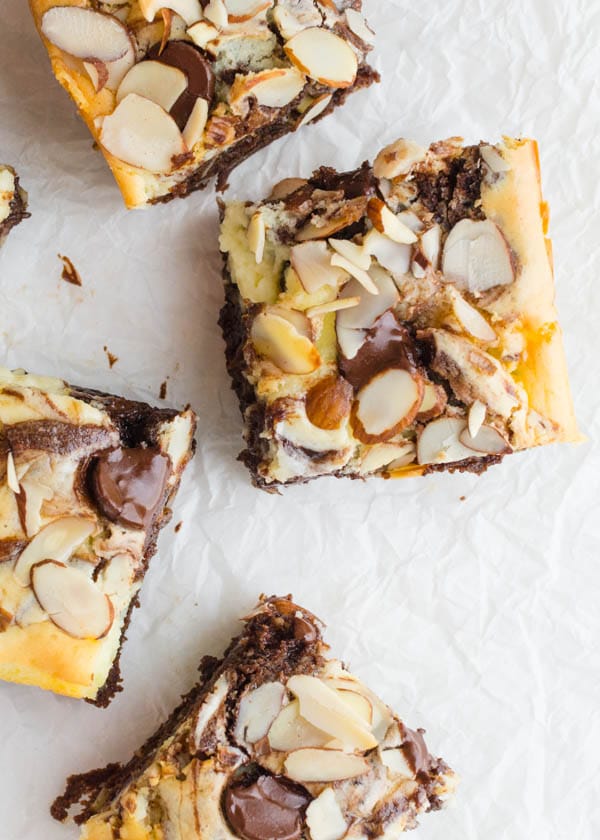 The guys were all over the marbled cheesecake bars, too.  Scott because — well, it’s not something I would normally make —  and James, just ’cause they’re that good. 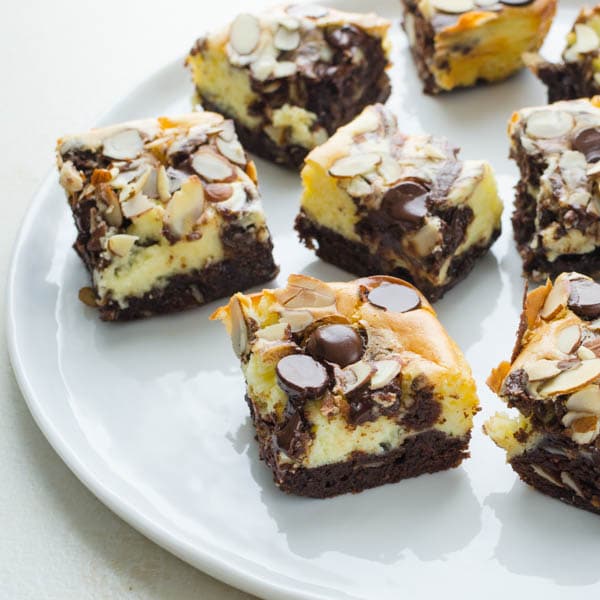 Obviously chocolate almond cheesecake bars would make a great snack or dessert anytime, but if you’re big into football, marbled cheesecake brownies are that little over the top indulgence that will bump up your game day fare.  Tailgating? These homemade fudge brownies, swirled with creamy cheesecake filling can travel.  Just transport them in the covered baking dish and slice them up when you get to the game. Guaranteed — they won’t last. 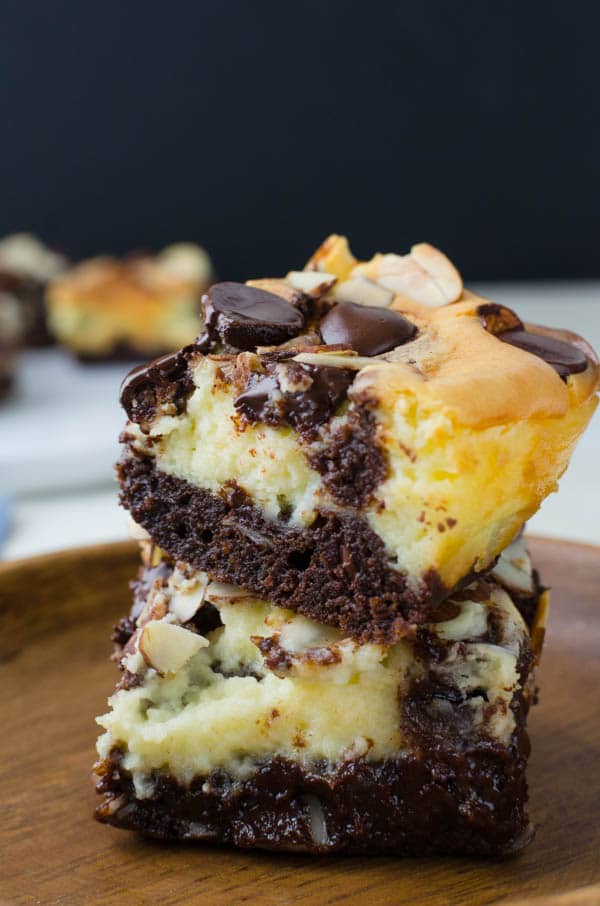 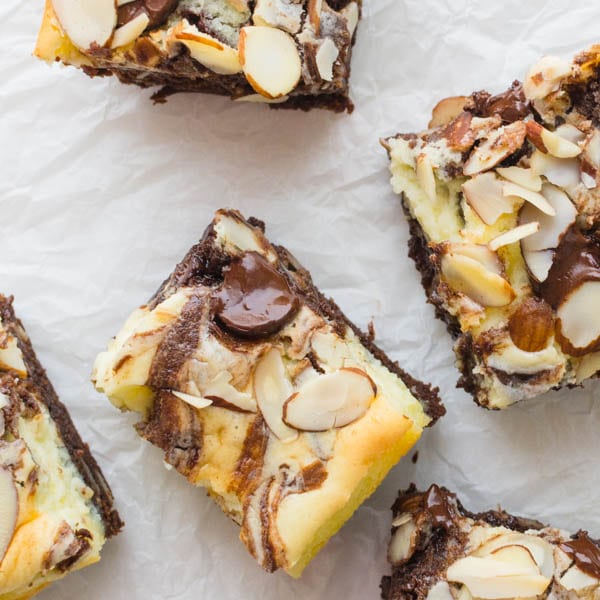 FOR THE CHEESECAKE LAYER: 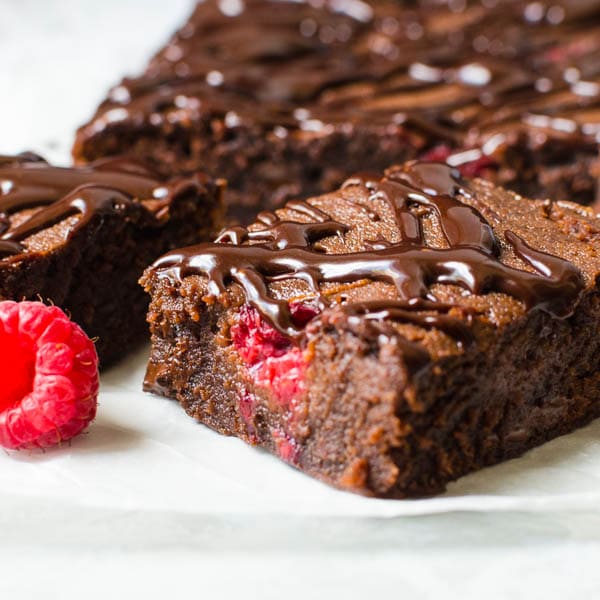 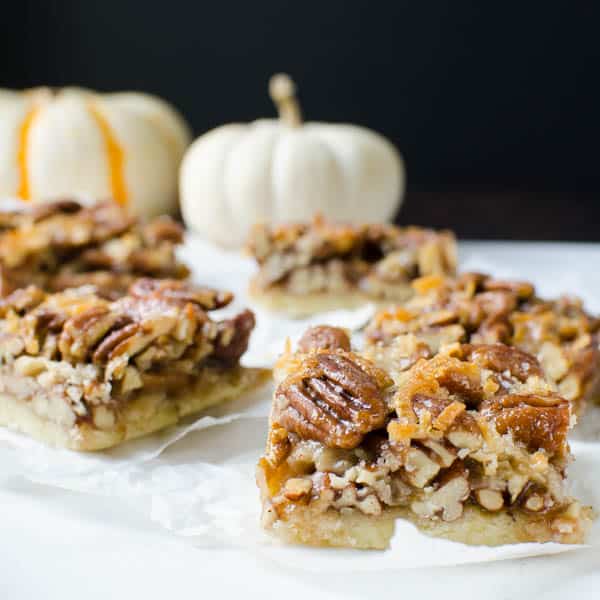