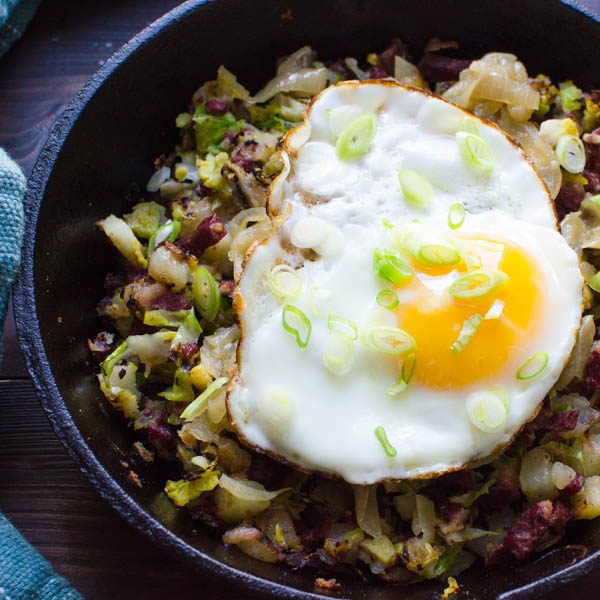 Struggling with what to do with your leftover corned beef? This easy corned beef hash with shaved brussels sprouts recipe has sweet caramelized onions in addition to the usual suspects. A great idea for weekend brunch or a quick weeknight dinner. Don’t forget to put an egg on it, too! 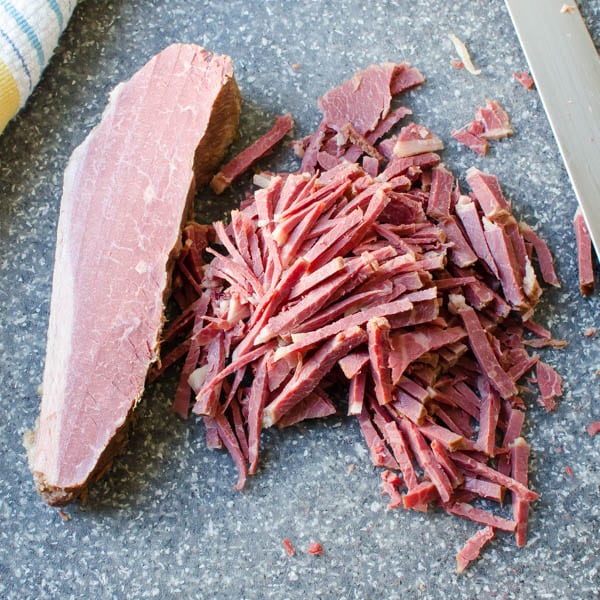 Initially, when I envisioned this corned beef hash recipe, my intention was to make a traditional corned beef hash.  You know, crispy potatoes, pan-crusted corned beef with a poached egg on top. The kind you get when you go to your favorite diner…

I was set to go until I started pulling ingredients out of the fridge and realized that OOOHHHH — I had brussels sprouts and oh, yeah – caramelized onions… and my authentic corned beef hash took a decidedly different route… Corned Beef Hash with Shaved Brussels.

And those alterations make this hash a bit different from other, more mainstream varieties. 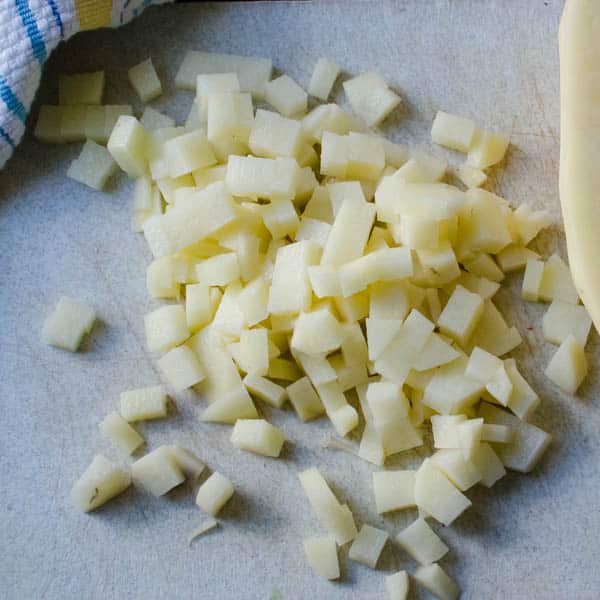 Different because the flavors of this unorthodox hash are both sweet and bitter, salty and creamy.  The brussels sprouts and caramelized onions add dimension to the hash but when I brought the skillet to the table, my husband said, “This isn’t hash.” Shoulder sag. 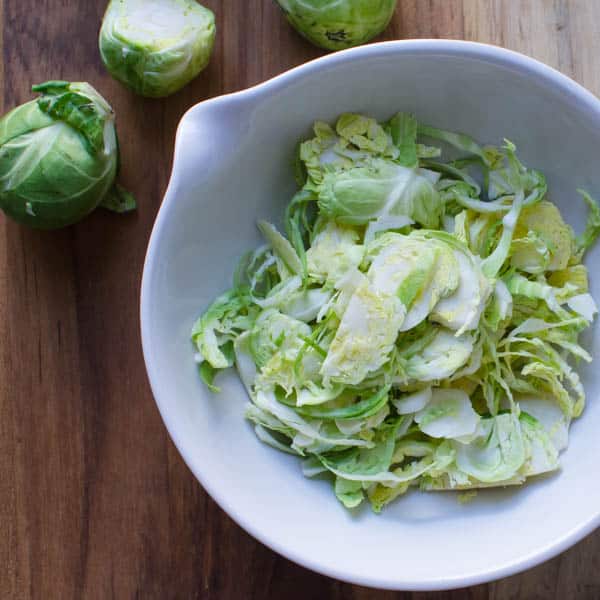 For him, the offending interloper was the brussels sprouts.  Even though I sliced them thinly (very hash-like). He was shaking his head as he trepidatiously scooped up his first bite. 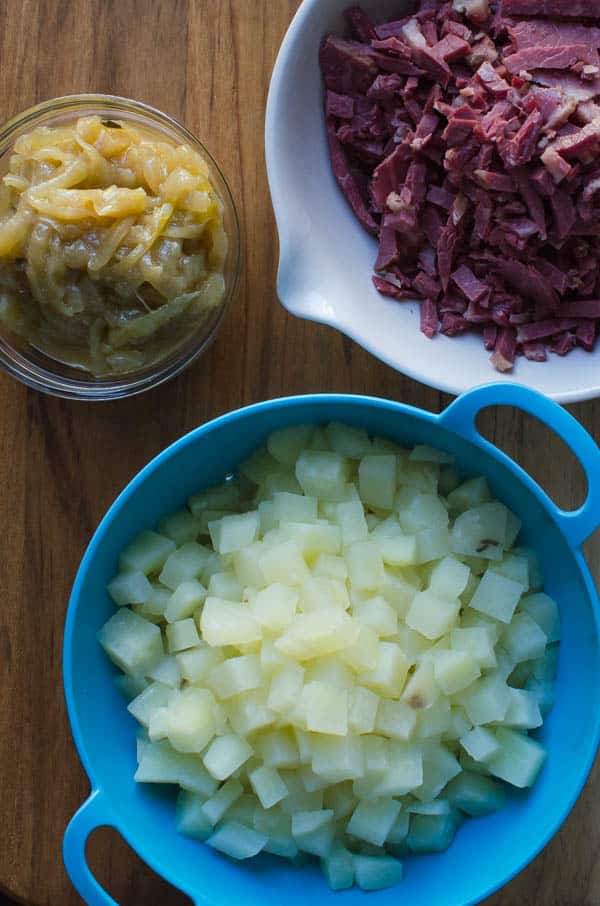 He didn’t have a problem with the potatoes or corned beef and certainly not with the caramelized onions (who could ever hate on those?) Yep.  It was definitely the brussels sprouts.  He thought I was trying to health-i-fy his hash. For me, the flavors were more complex. Deeper. To each his own, I guess. 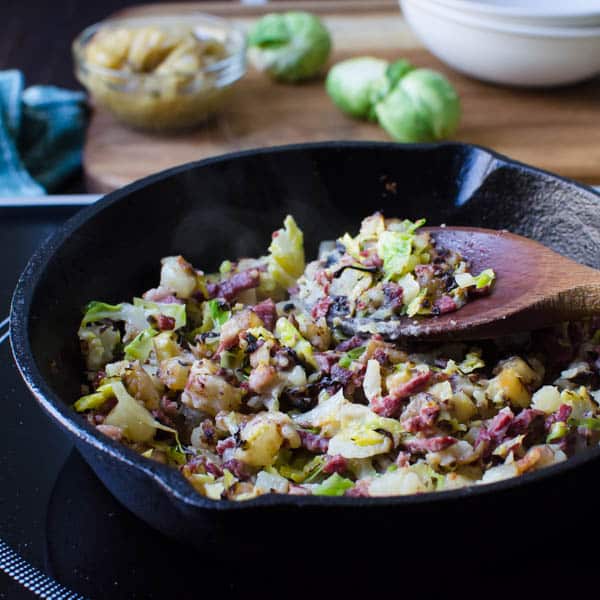 However, when you’ve been married as long as we have, you let those little quips roll off your back.  I wasn’t making another meal.  THIS WAS DINNER. 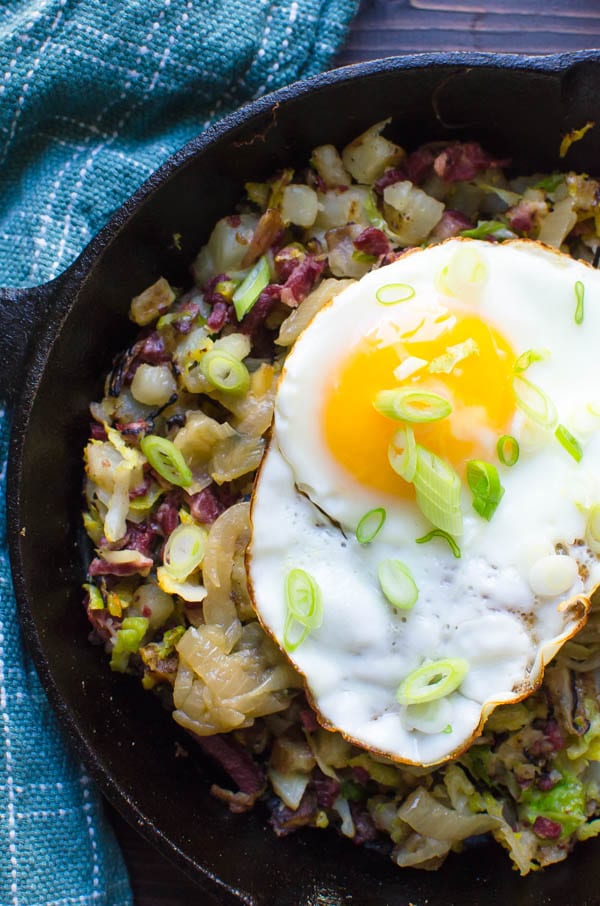 And after a few bites, not only did he get used to it… he cleaned his plate and asked for more. (eyes rolling emoji). 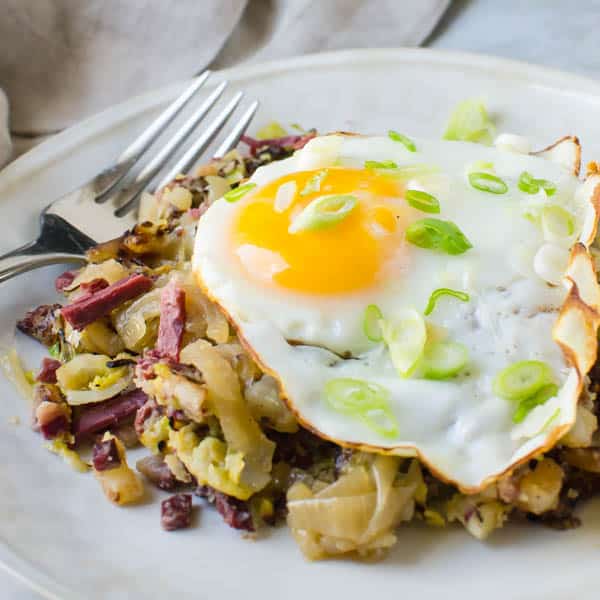 I was going to make poached eggs to crown the hash, but there’s something about a sunny side up egg that makes the whole dish more festive.  If you prefer over easy, poached or even scrambled — I’m not the food police… Do what you like. 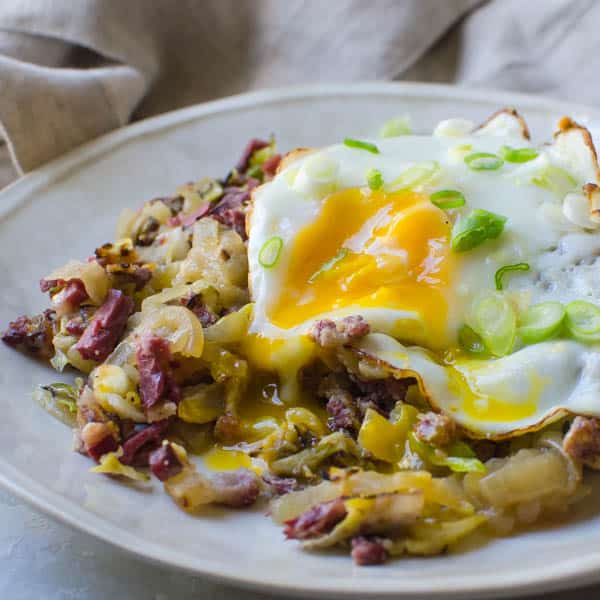 Watch The Video To See How It’s Done! 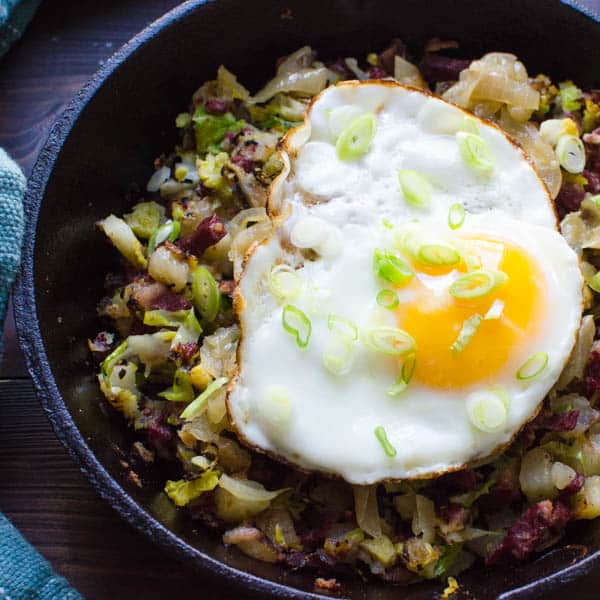 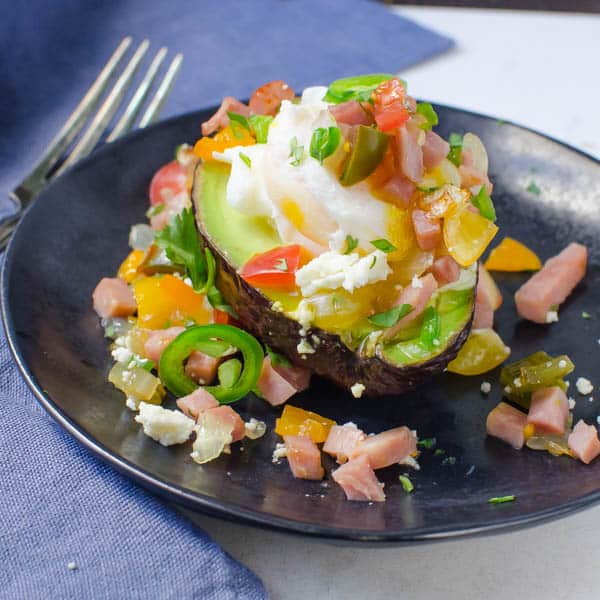 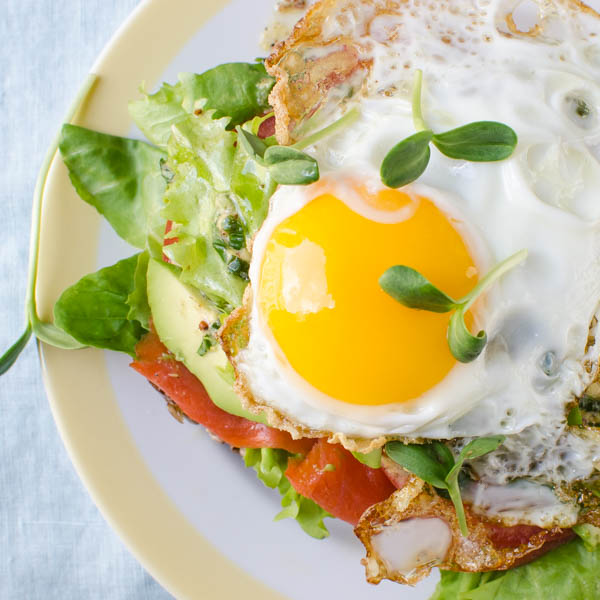 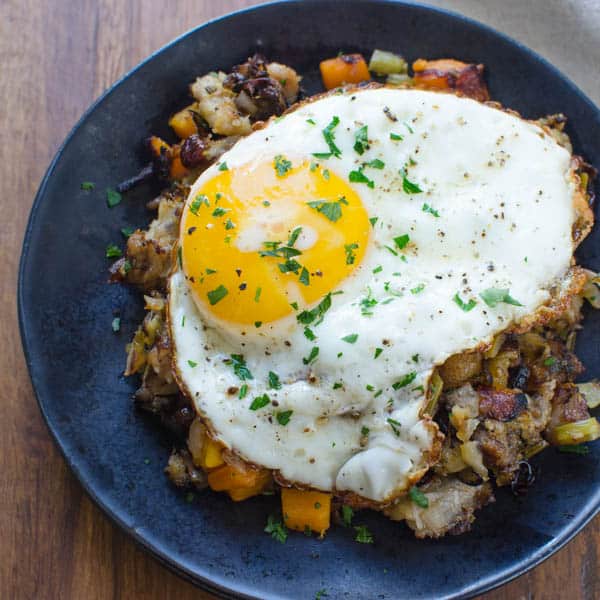