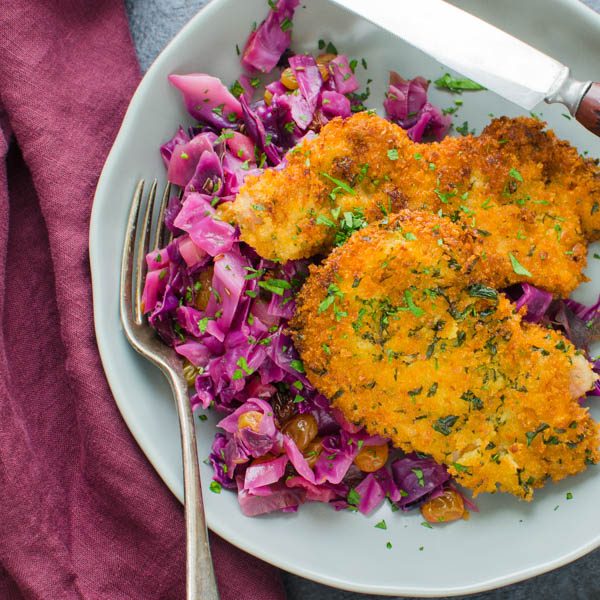 It’s hard to narrow down the best pork recipes — I mean — “Hello… BACON…” But for a busy weeknight, schnitzels are at the top of my list. So what is pork schnitzel? Essentially, schnitzels are pieces of meat that are pounded thin, then breaded and fried (#doesntsuck). These Crunchy Breaded Pork Cutlets savory and slightly tangy, thanks to the dijon mustard dip. As far as schnitzel recipes go, this is one of the best — and we’ve got some great suggestions on what to serve with pork schnitzel too… 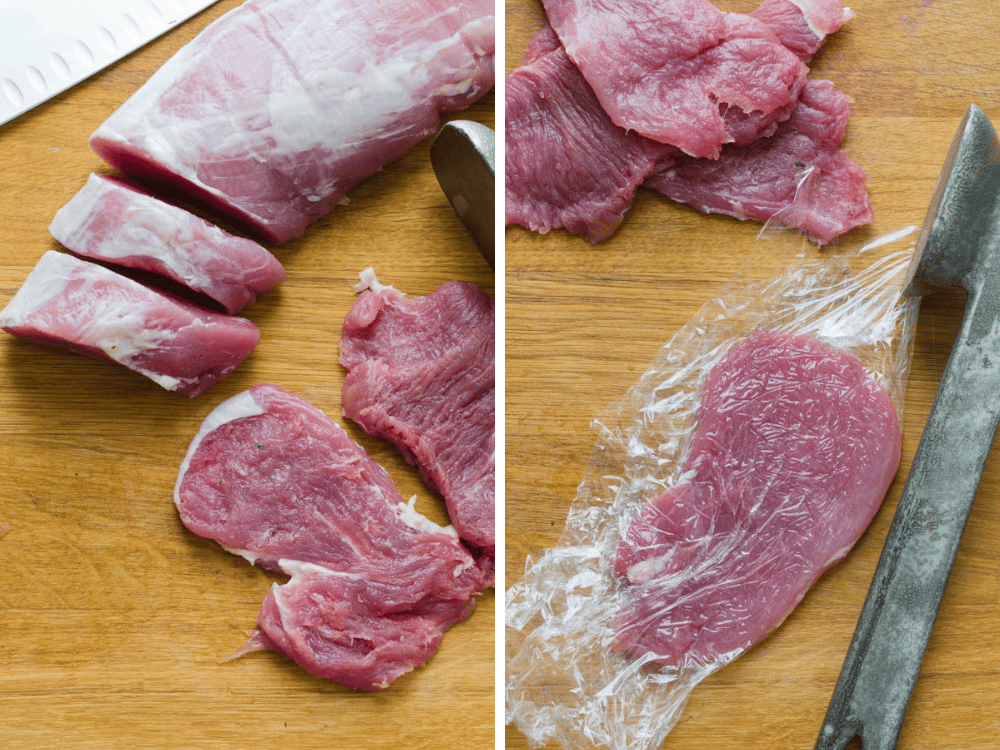 What Is Pork Schnitzel?

So you’ll obviously want to start by cutting the meat for these breaded pork cutlets into 1″ thick slices and pounding it out between two sheets of plastic wrap with your meat mallet. You don’t need to use the jagged edge side of the mallet for this recipe because pork tenderloin is very tender from the start — no need to further abuse it. 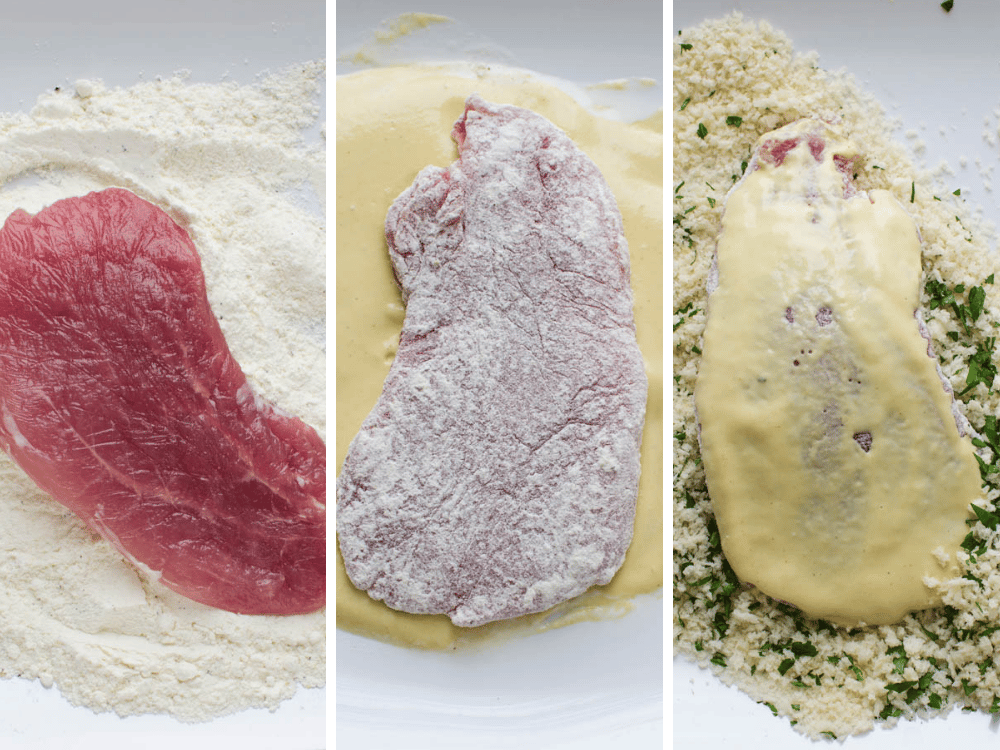 Schnitzel Recipes Vary By The Coating

Flour, egg and breadcrumbs are a traditional preparation for many schnitzel recipes, but this one takes a slight jog away from the classic breaded pork cutlets with this tangy savory blend. 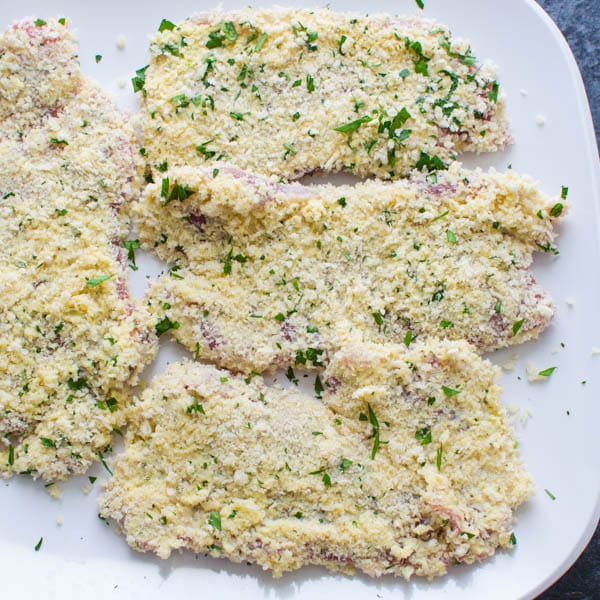 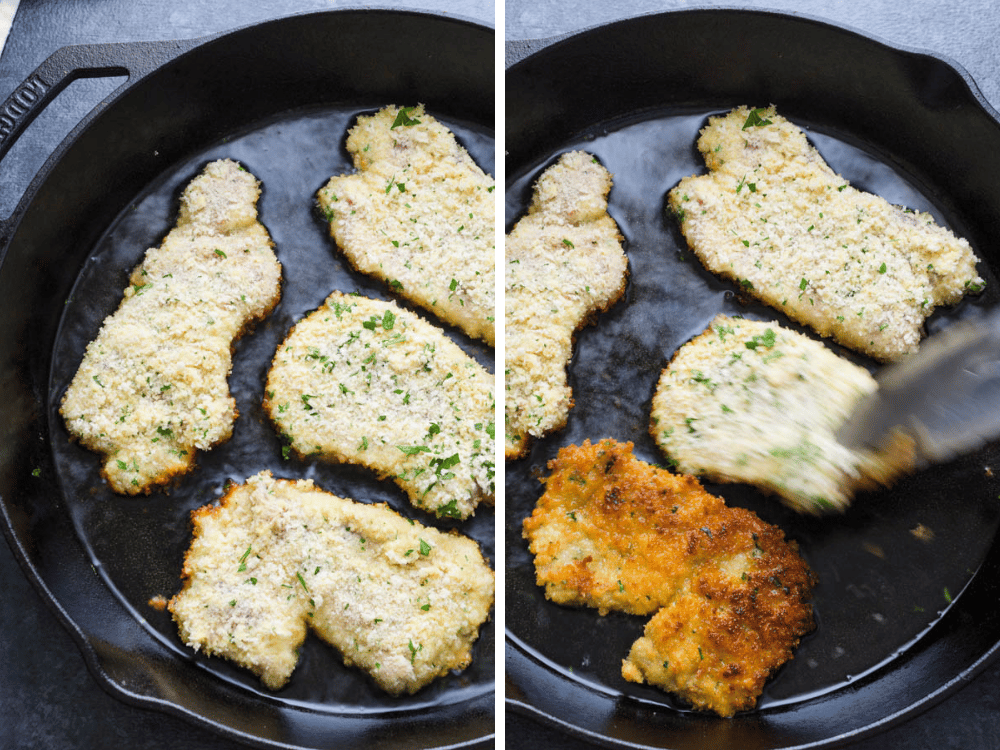 Try canola oil or grapeseed oil for frying and make sure you fill your pan to have between 1/8″ to 1/4″ of oil in the bottom.  This is a shallow pan fry, but it does the job to get the exterior really crunchy while cooking the meat to doneness. Use a heavy skillet to fry up these breaded pork cutlets (cast iron is always preferred). 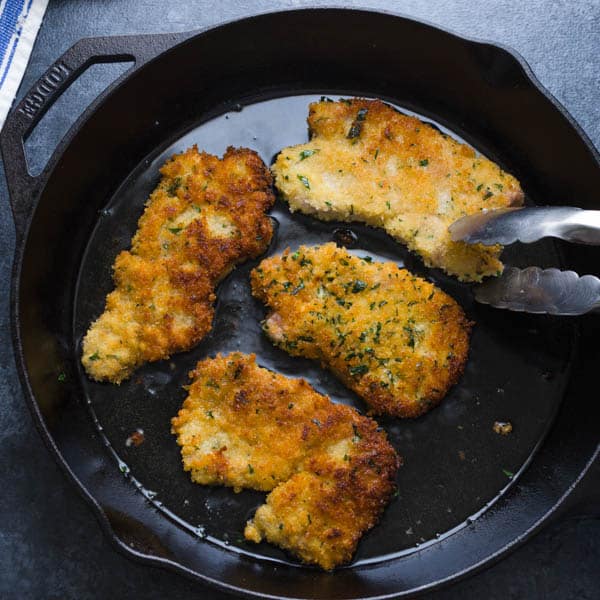 A pair of tongs is helpful for turning the breaded pork cutlets — I prefer them to a fork, because a fork stabs the meat and creates openings for the oil to get between the breading and flesh, risking that a chunk of that golden coating could float off into the pan — don’t risk it for your schnitzel recipes.

What to Serve With Pork Schnitzel:

So the burning question of what to serve with pork schnitzel can be as simple or gussied up as you want to make it. Here are some common go-withs and links to their recipes (if needed). 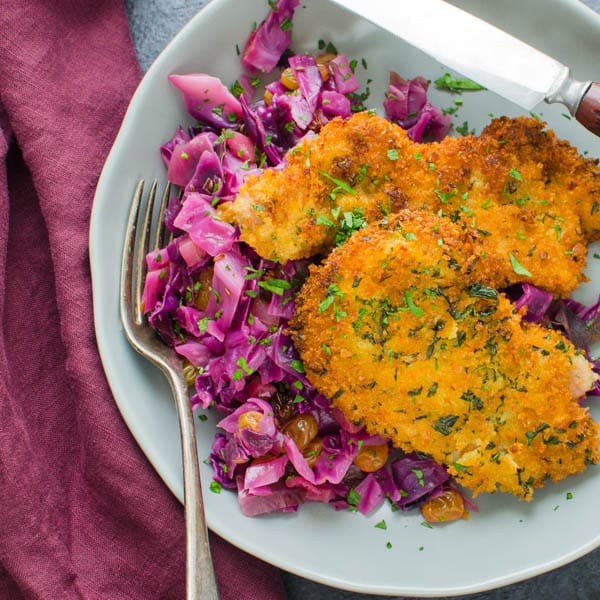 SET UP THE DREDGING STATION: 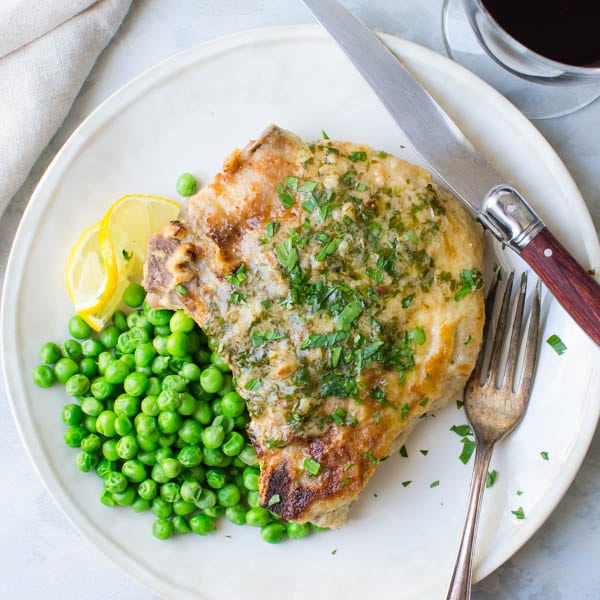 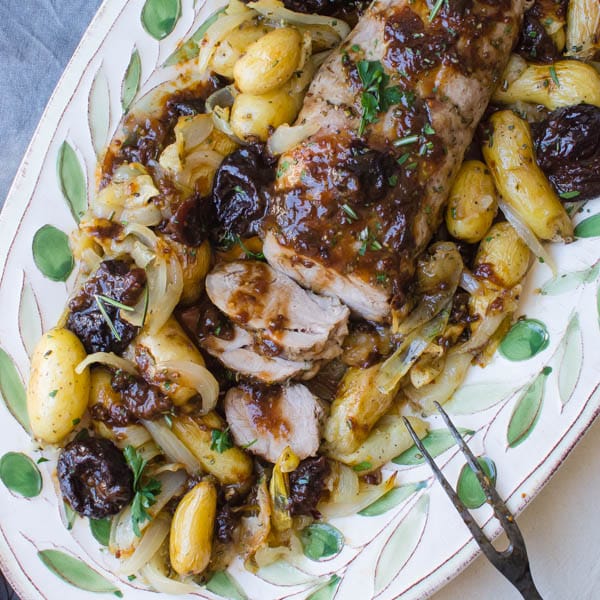