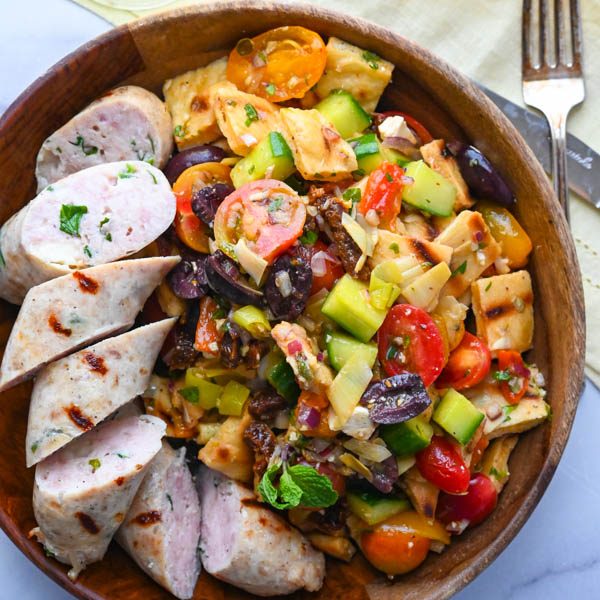 This post is sponsored by Sprouts Market and I have been compensated. All opinions are my own. @sprouts #lovesprouts #sproutsbrand  Summer time means grilling and this easy grilled panzanella salad is a great way to kick off your al fresco dining season. Start with grilled pita bread tossed with summer vegetables, feta cheese and a lemon herb vinaigrette. Grill some chicken spinach feta sausages from your neighborhood Sprouts market (they’re so good).  You’ll want to serve this amazing grilled pita panzanella salad with a chilled Sauvignon Blanc. 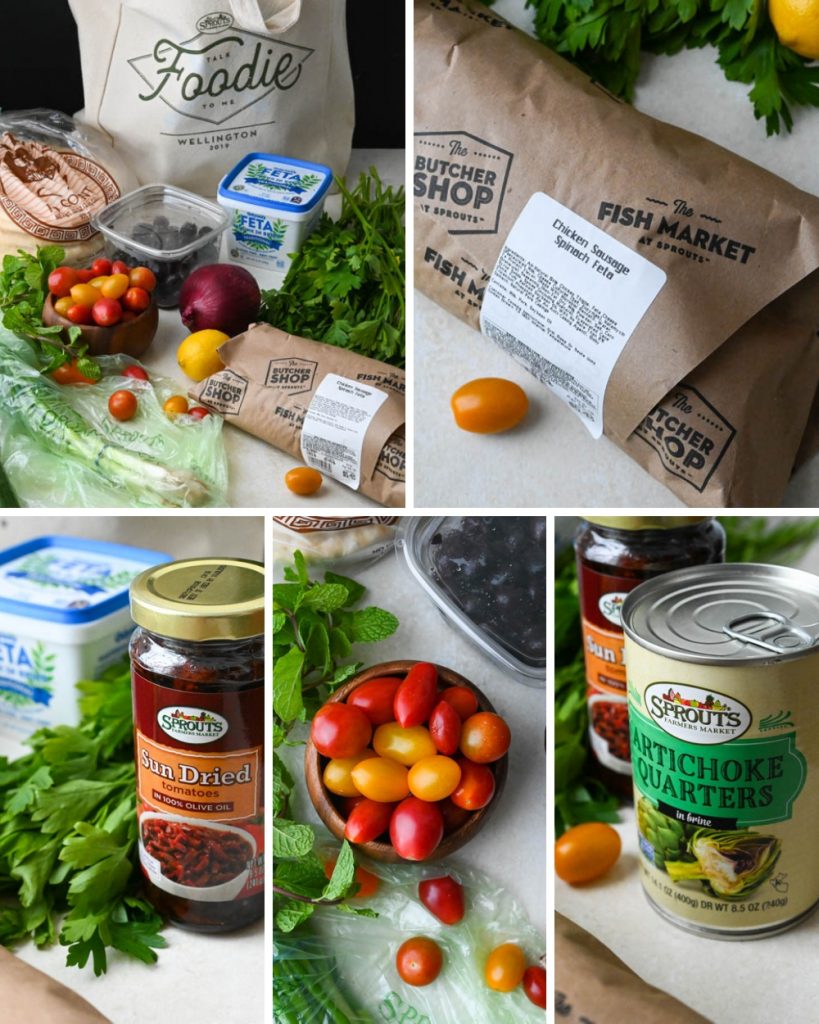 The Butcher Shoppe in my local Sprouts market has such a wide variety of meats and hand made sausages, inspiration abounds every time I peer into their chilled cases.   Sprouts Market is a new store in our area, but they’ve already sold me on their quality. You’ll recall that Linguiça spaghetti pie that I shared a few weeks ago. Juicy and spicy, those sausages took that pie to the next level.

Here’s what you can expect from your local Sprouts Market:

During my last visit, the hand crafted sausages once again grabbed my attention. This time it was the hand-made chicken, spinach and feta sausage. How good does that sound? I ordered a few pounds, thinking they’d be great on the grill. As I made my way around the store and filling my cart, a recipe started to take shape. Grilled Pita Panzanella Salad with Chicken Sausages. YUM. 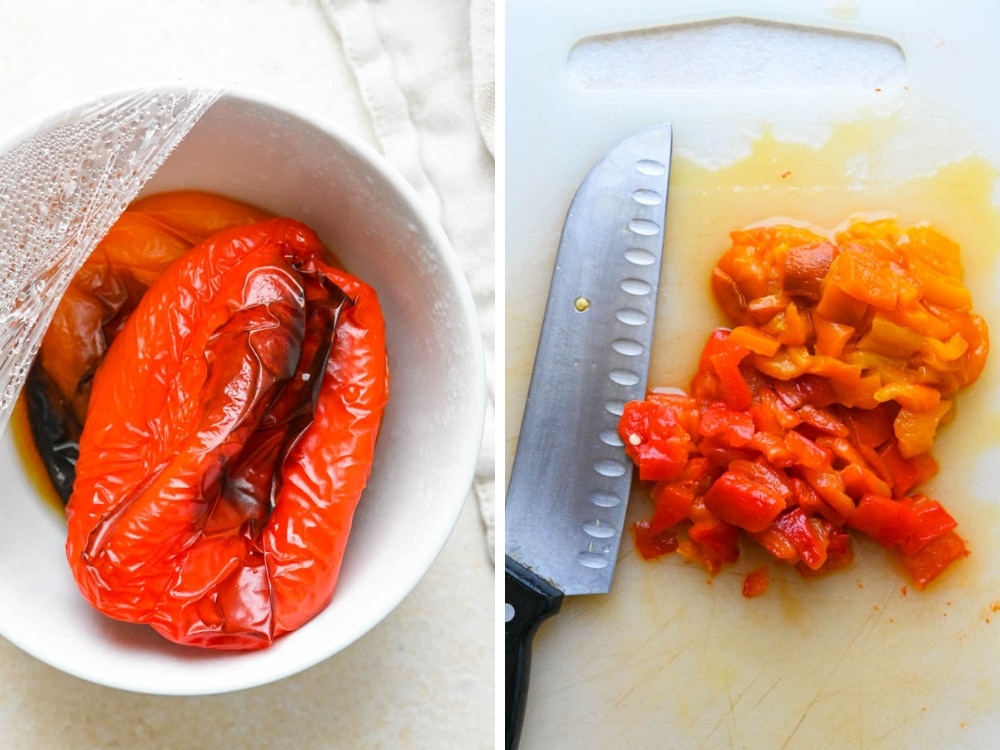 Most of the prep for grilled pita bread salad is just a bit of chopping. You can use red bell peppers raw, but I prefer them roasted, so the skins slip off and they’re tender and even sweeter. 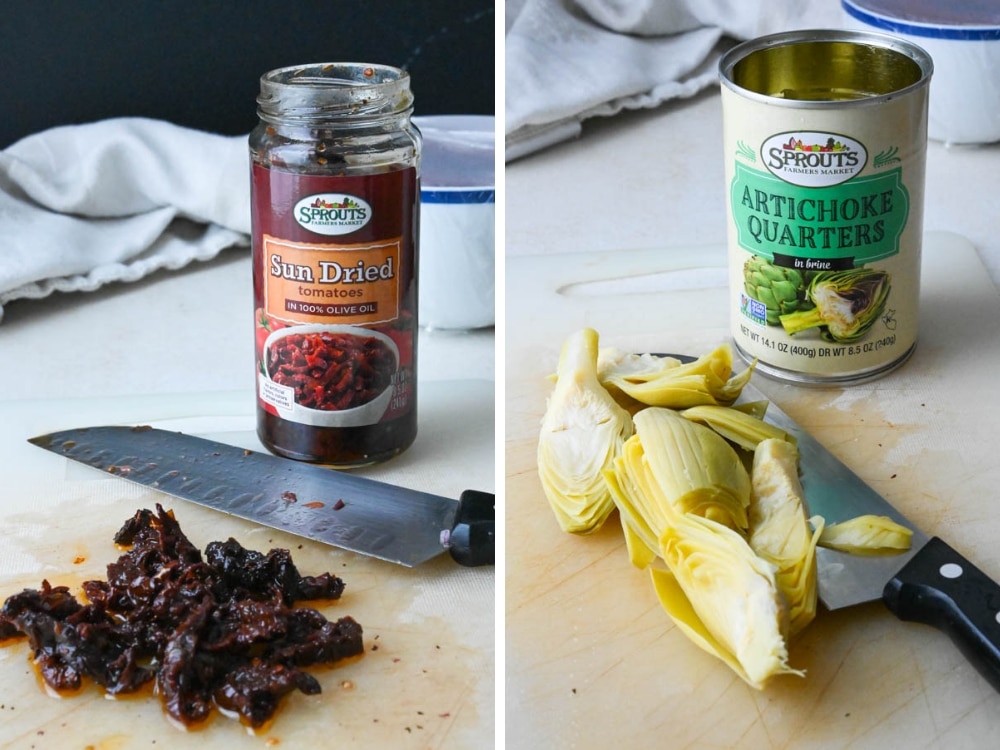 Sweet, jarred sun dried tomatoes in oil and canned artichokes add to the ease of this salad. Just a rough chop and they’re ready for the bowl. 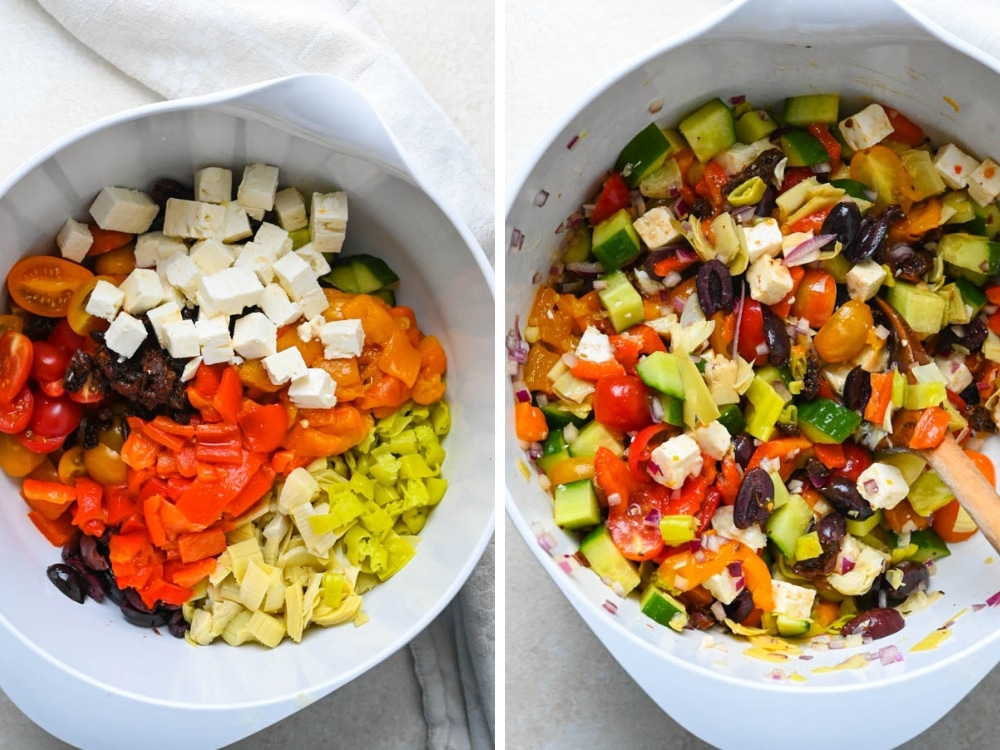 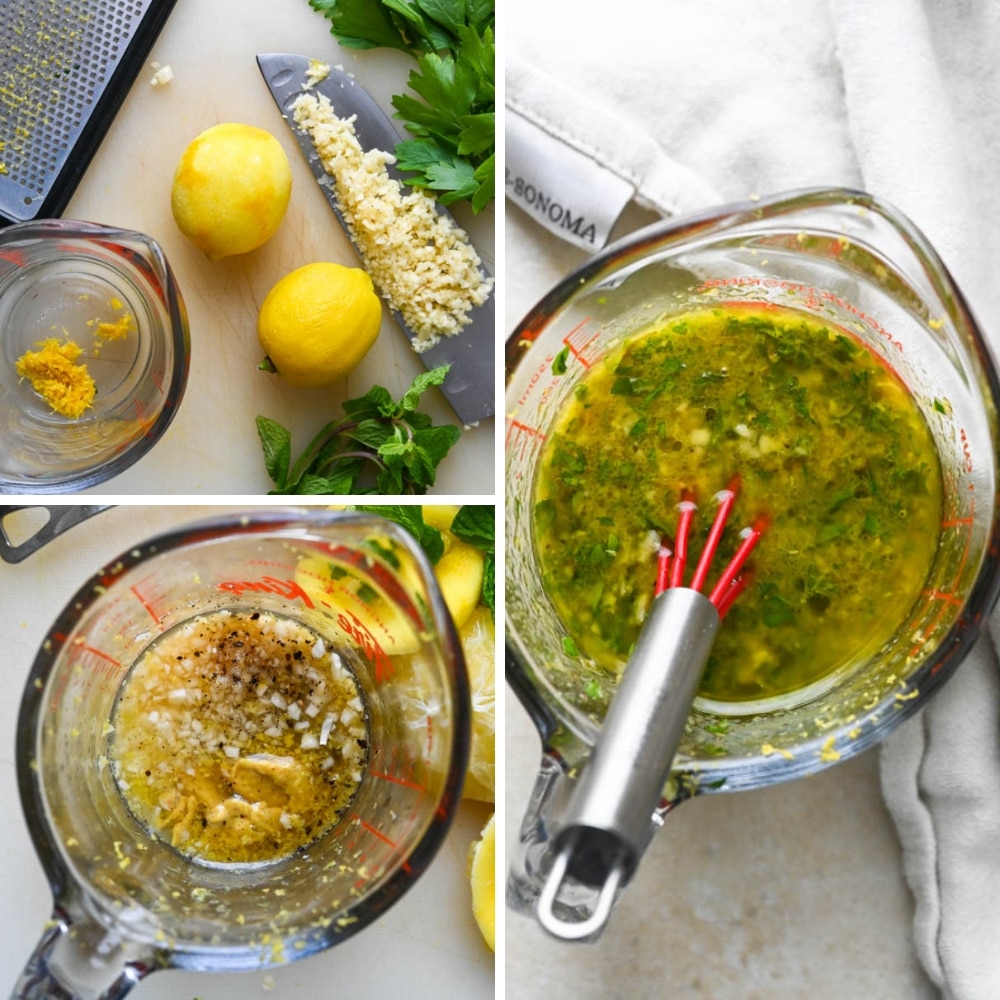 Combine the ingredients in a small bowl or glass measuring cup and whisk until emulsified. Set aside. 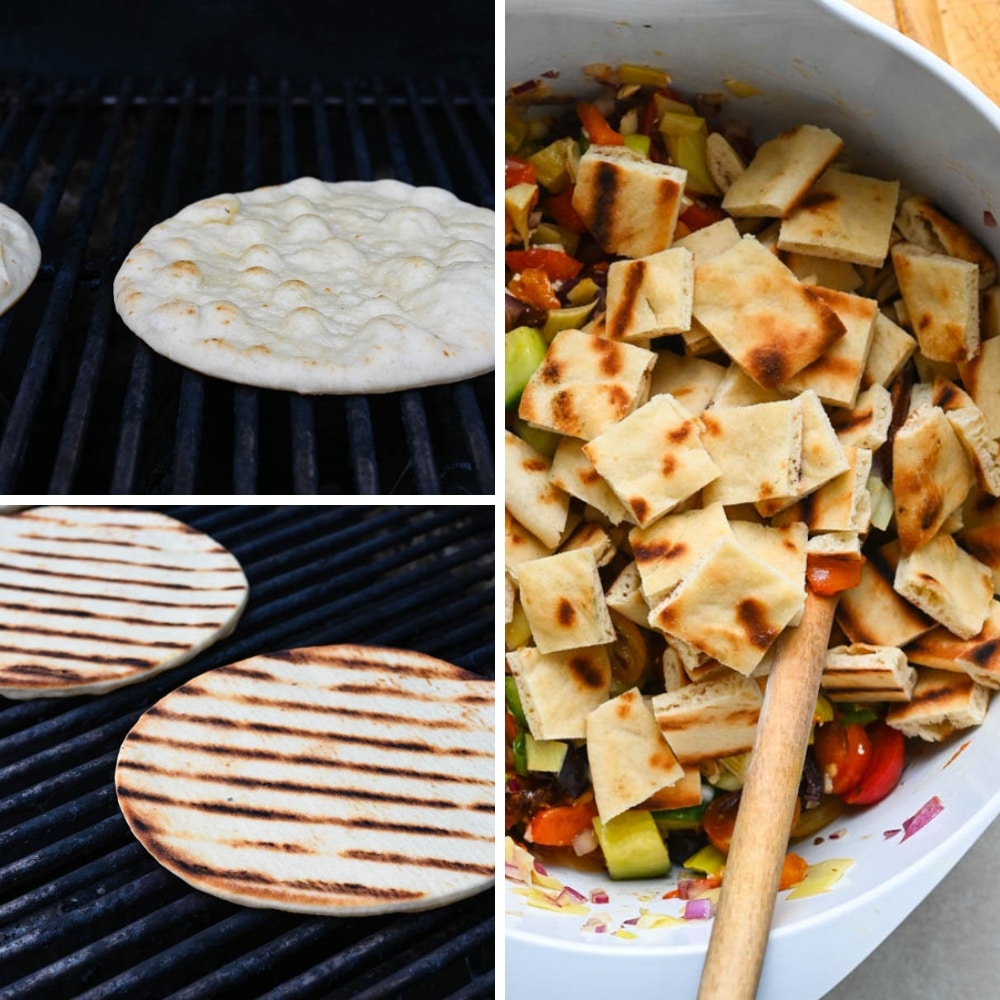 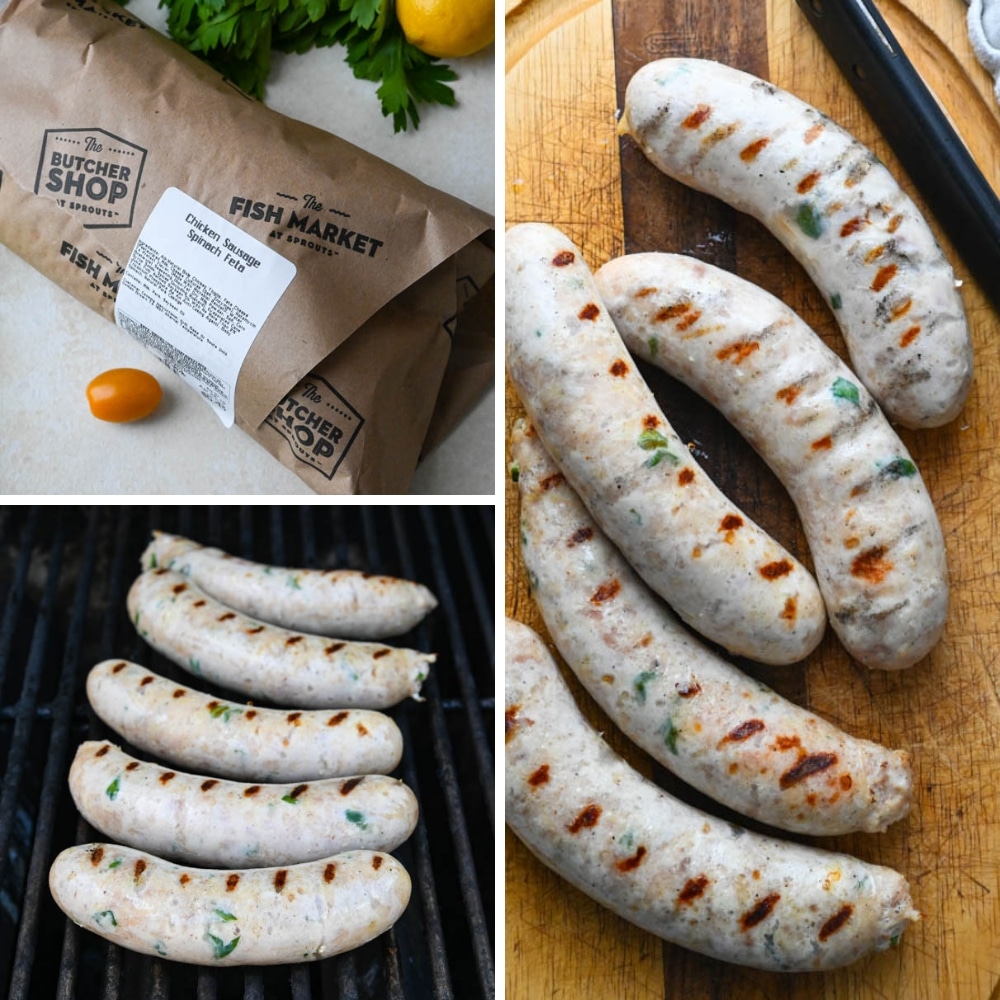 I can’t say enough about these sausages. You’d think “chicken sausage” might tend to be dry and bland, but these chicken spinach feta beauties are flavorful and juicy. Here’s my secret method.

Yes, poach them in a bit of simmering water, until they’re almost cooked through. This method does two things:

Grill the sausages to finish cooking and to get the char and grill marks you want.

I’m so impressed with the plump, juiciness and the flavor of these chicken sausages. They’re hearty and satisfying… If I didn’t have the grilled panzanella salad ready to go, I’d have stuck a sausage on a bun and eaten one out of hand. 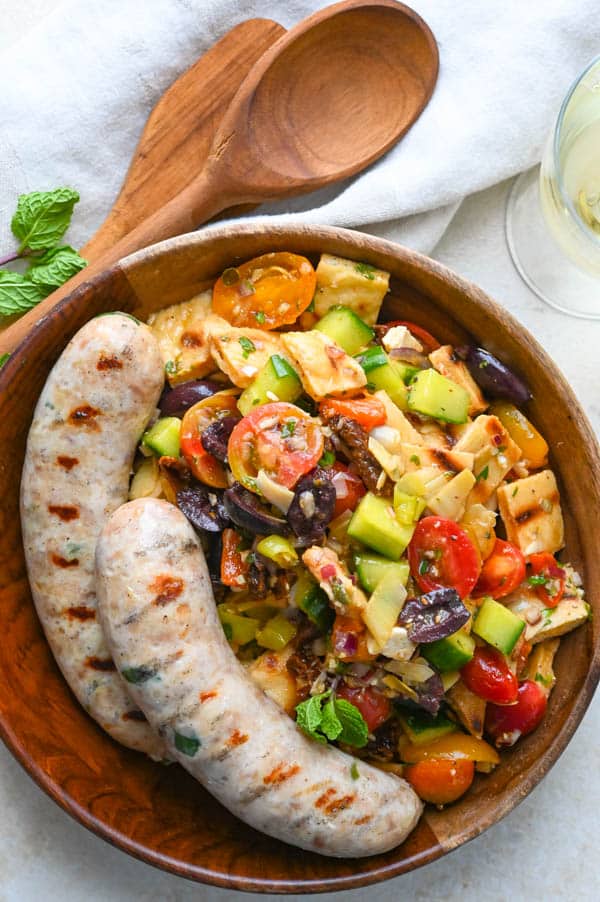 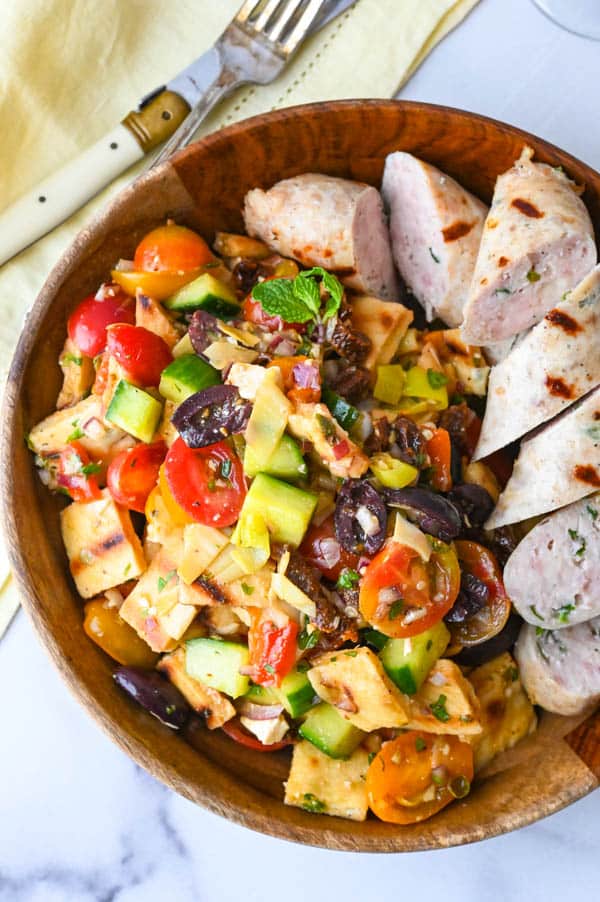 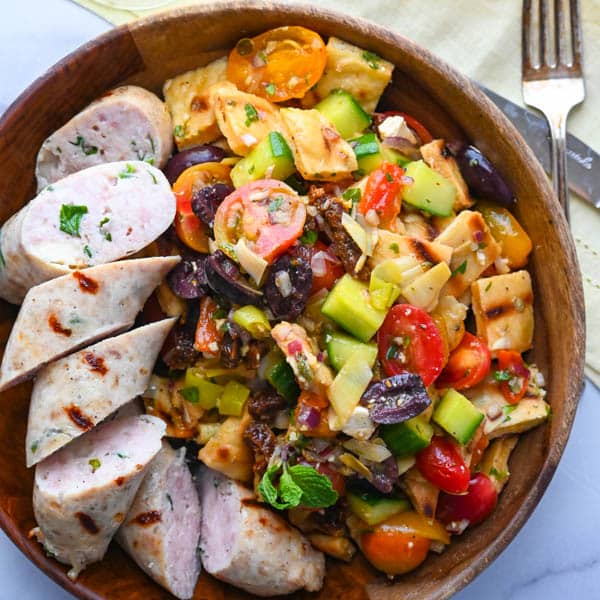 FOR THE LEMON HERB VINAIGRETTE:

FOR THE GRILLED SAUSAGES & PITAS: 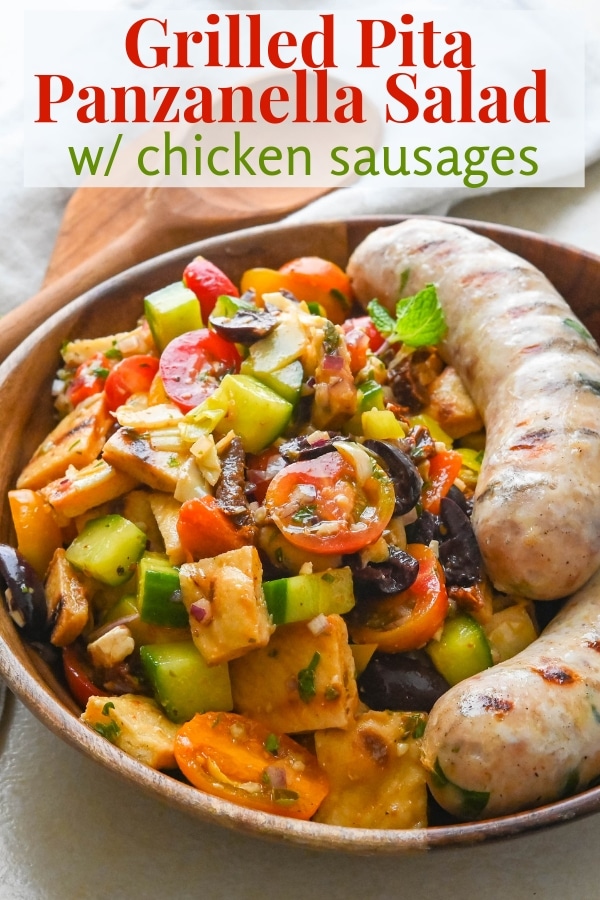