Looking for a different flavor for your marinated grilled pork? Try the blend of Indian flavors in this tandoori marinade. With fresh herbs and a bevy of tongue tingling spices, this yogurt marinade transforms cuts of pork or chicken into a lip-smacking meal. 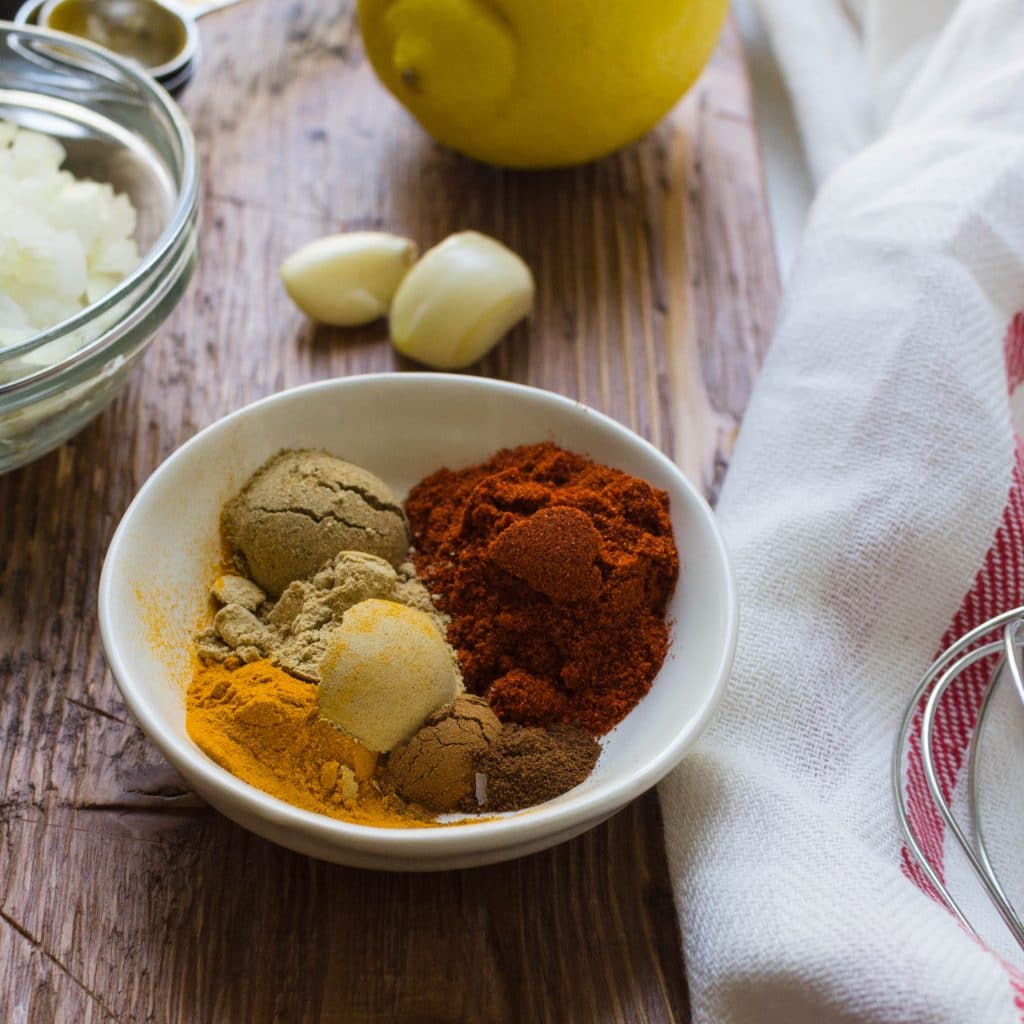 Pork tenderloin is one of the leanest, most flavorful and economical cuts to feed a family. It adapts well to seasonings and plays particularly well with this easy tandoori marinade. If you’ve never tried tandoori, it’s a heady blend of spices, tamed in a cooling yogurt marinade. For this marinated grilled pork, I let the loin rest in the yogurt marinade for most of the day — or overnight. 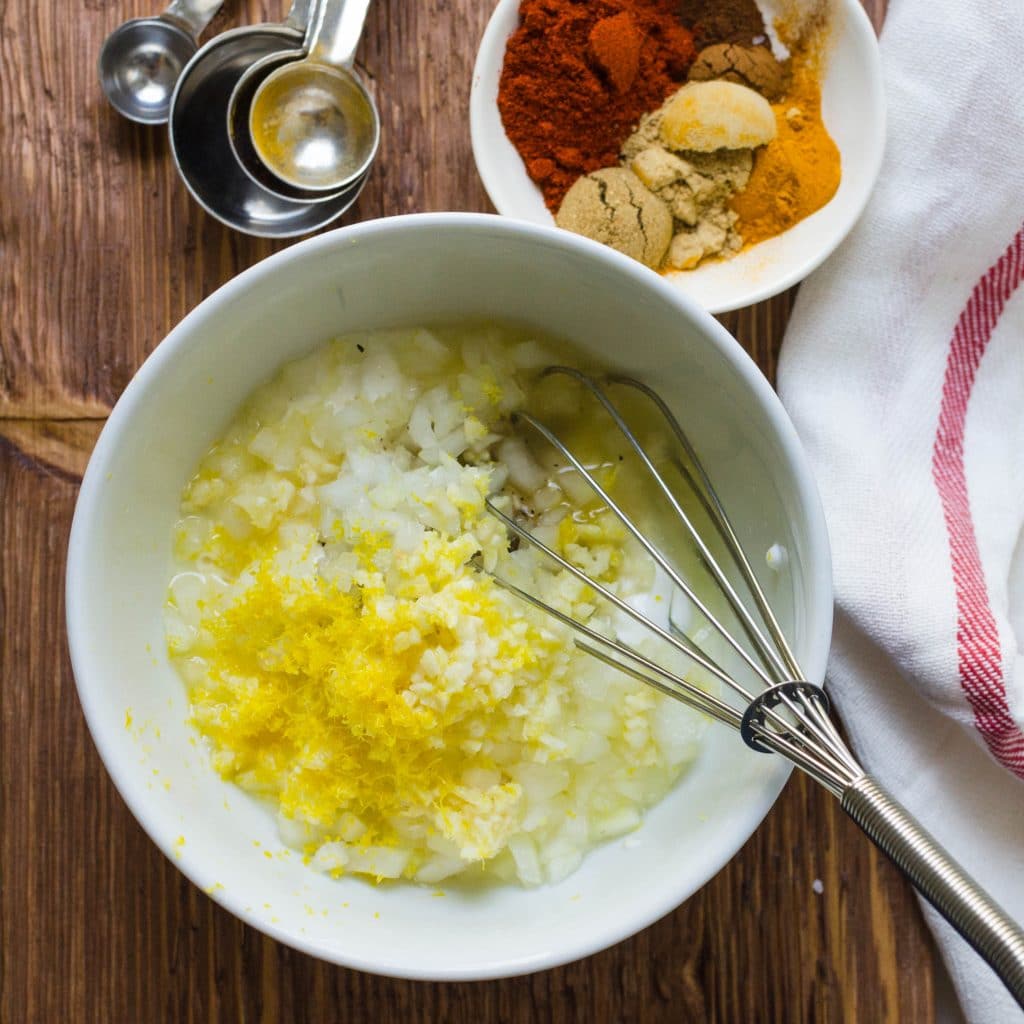 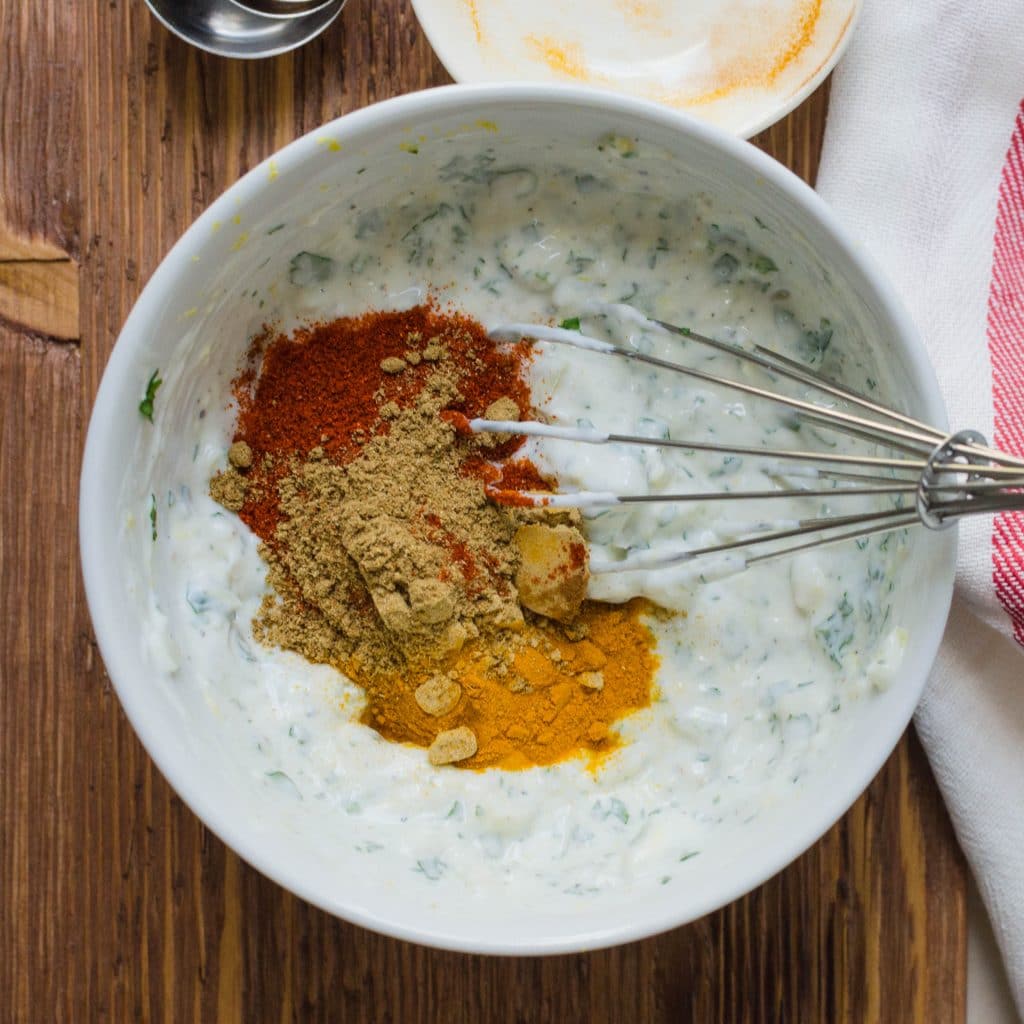 This tandoori marinade can be used on chicken as well, so if you’re not in a pork mood, swap it out for chicken pieces, just make sure that the protein rests in the yogurt marinade for at least 8 hours. 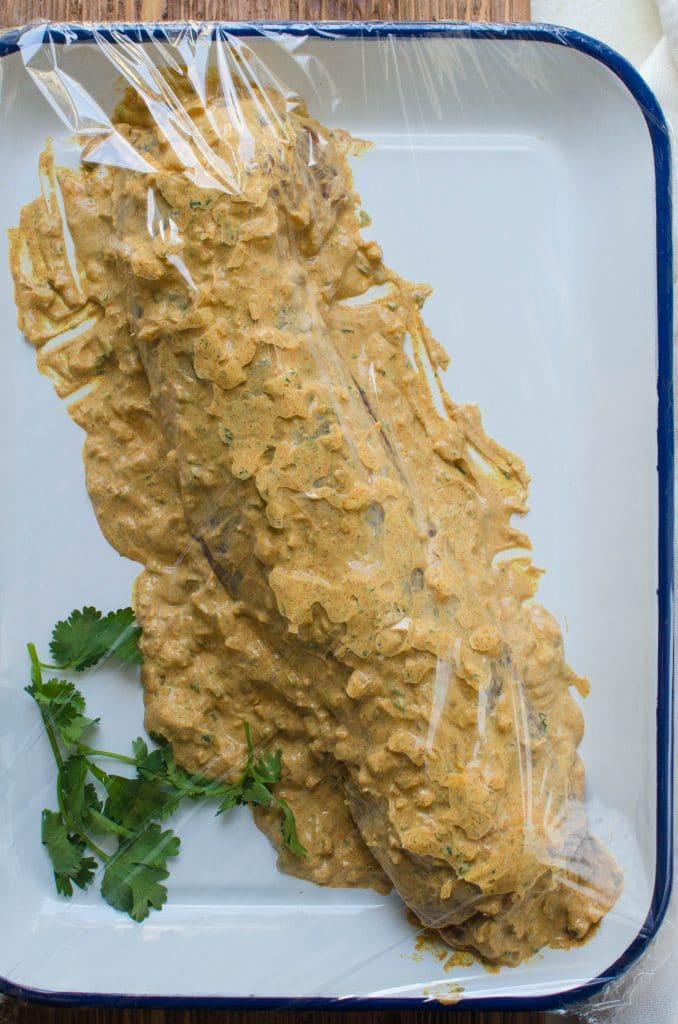 I spoon the tandoori marinade over the meat and roll it around until it’s well coated, then cover in plastic wrap and refrigerate until half an hour before I’m ready to cook.  Remove the pork (or chicken) from the refrigerator and let it sit at room temperature so it’s not ice cold when you place it on the hot grill.

While the meat rests, I like to make an additional yogurt sauce for serving with the marinated grilled pork. This isn’t a yogurt marinade, but more like a cross between Greek tzatziki and Indian raita with cucumbers, cilantro and mint and cumin. This blend of flavors borrows from both styles of yogurt dressing and is particularly nice with tandoori marinated meats. 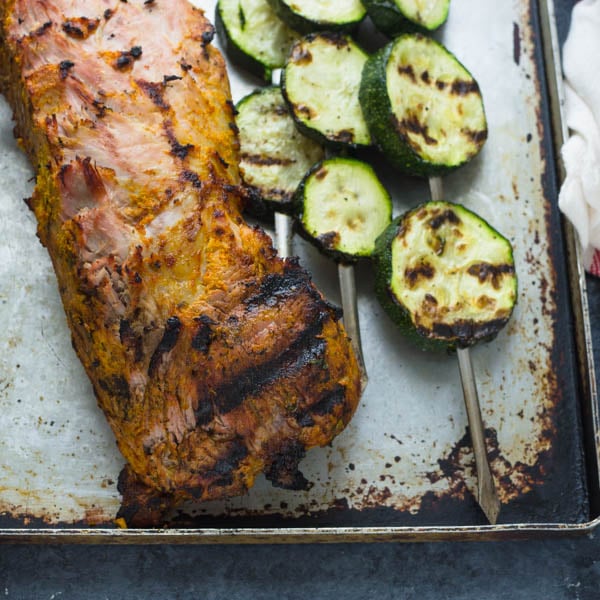 While we’re grilling — I like to kebab some vegetables to serve with the grilled marinated pork. It’s a great way to make the whole meal on the grill — keeping the dirty dishes at a minimum. I had zucchini on hand, but bell peppers, yellow squash and cherry tomatoes are good too. 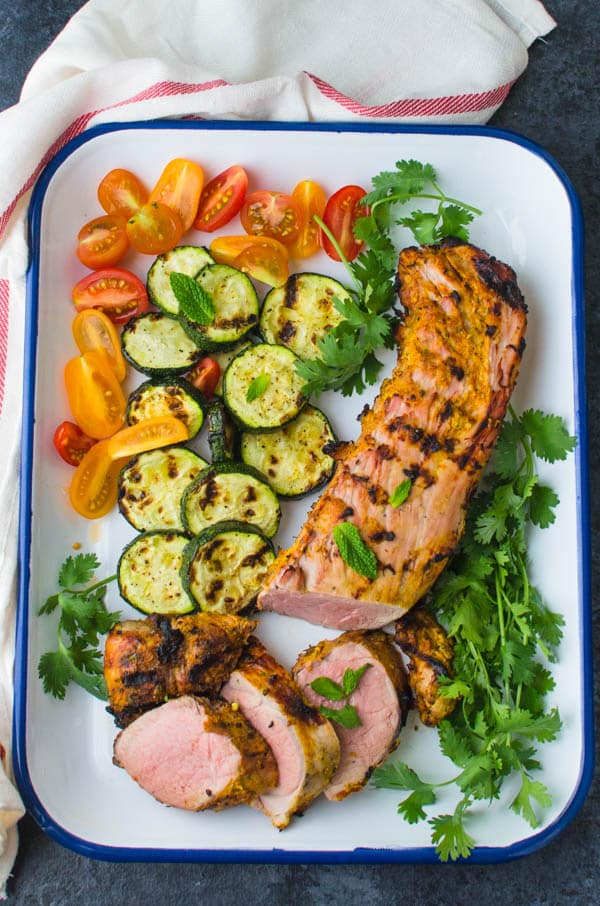 Marinated grilled pork tenderloins generally take between 20 minutes for a medium rare to medium doneness.  I go for an internal temperature of about 140° knowing that when it comes off the grill and rests for a few minutes, the meat actually continues to cook.  That carryover cooking can raise the temperature (and doneness of the meat by 5° or more. If you like it on the more done side, leave it on the grill until the meat registers 150°-155°.  It will raise to 160° as it rests. 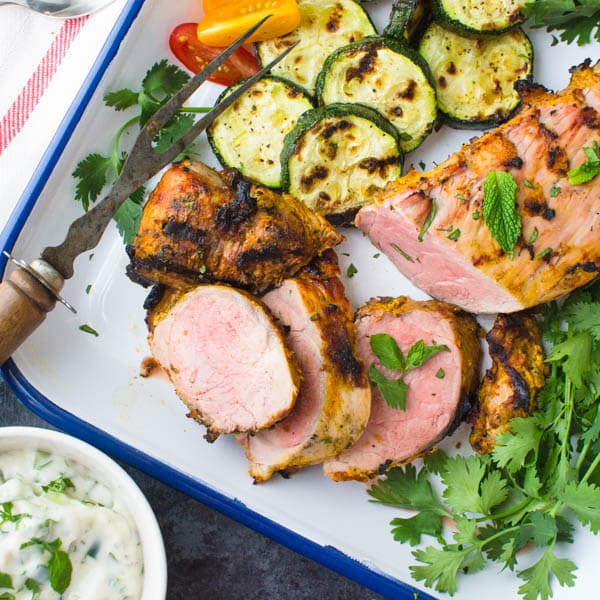 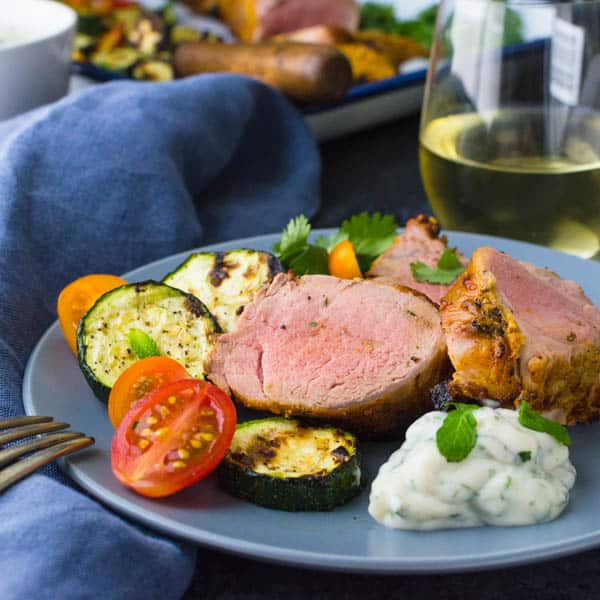 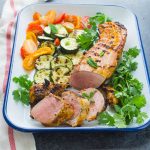 More From The Grill: 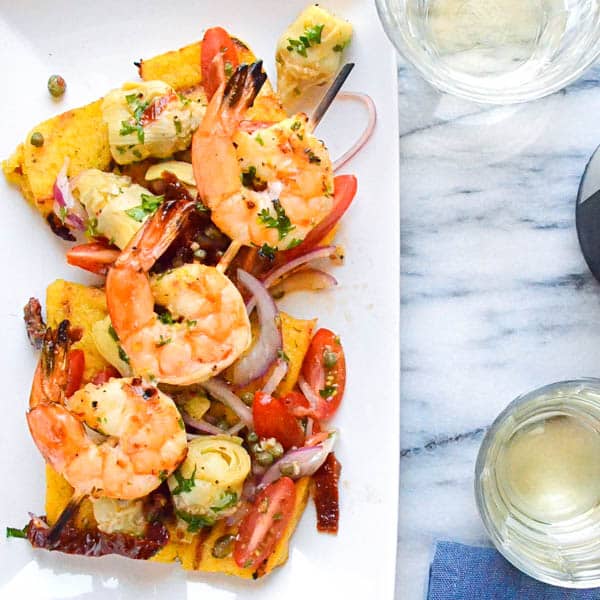 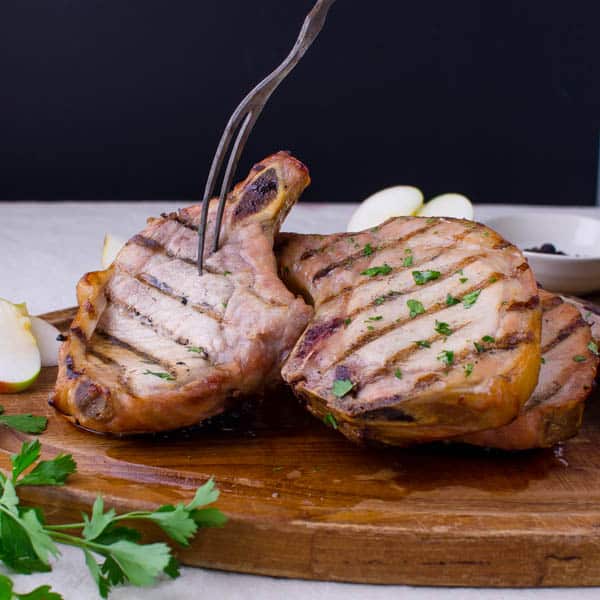 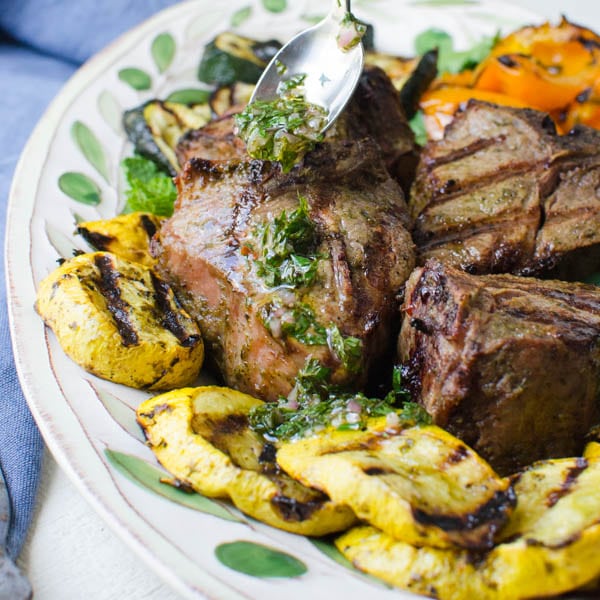