Looking for a cranberry sauce with apples? This easy cranberry recipe  gets a triple shot of apple goodness with apple cider, fine-diced apples and Calvados (or other apple brandy). This spiced cranberry sauce makes a great Thanksgiving side dish or spread for leftover turkey sandwiches. 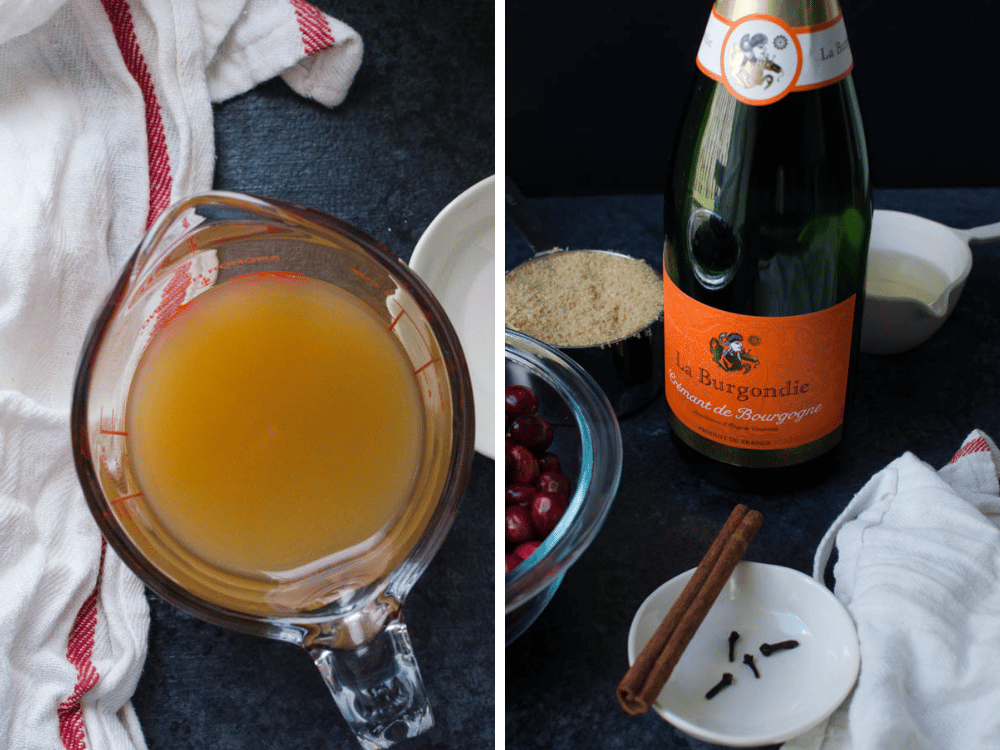 I admit, that for a long time, I wanted nothing to do with spiced cranberry sauce.  Those cans of jelled goo were decidedly unappetizing to me and I could never fully embrace my grandmother’s cranberry relish (made of raw cranberries and unpeeled oranges) thus, I avoided the traditional Thanksgiving cranberry sauce and instead, doubled up on gravy. But then I started making my own Holiday cranberry sauce — and found that when I controlled the ingredients, I liked it a whole lot better.  Maybe it was the sugar and spice — or maybe it had something to do with the several cups of red zinfandel… {smirk}.  In any case, it’s been my go-to recipe for years. 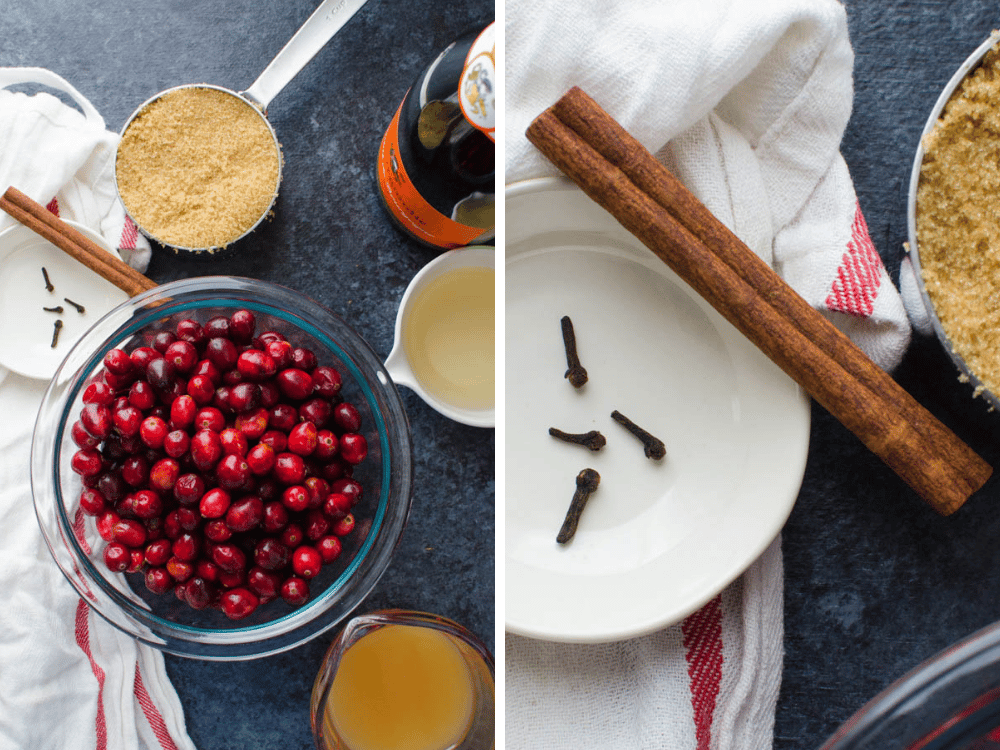 This year I’m switching it up.  Not because I don’t love my go-to recipe, but because I found myself with a bag of cranberries — and NO RED WINE… Most people would just hold off until the next trip to the store, but not me. The family was having a “Thanksgiving cranberry sauce craving” and I had to deliver. Poking around the kitchen, I found one ingredient that we had plenty of… Apples.  Apples in the form of fruit, apple cider and even apple brandy. I thought about it  for about 5 seconds before determining that cranberry sauce with apples seemed like a very good thing…

Ingredients For Cranberry Sauce With Apples: 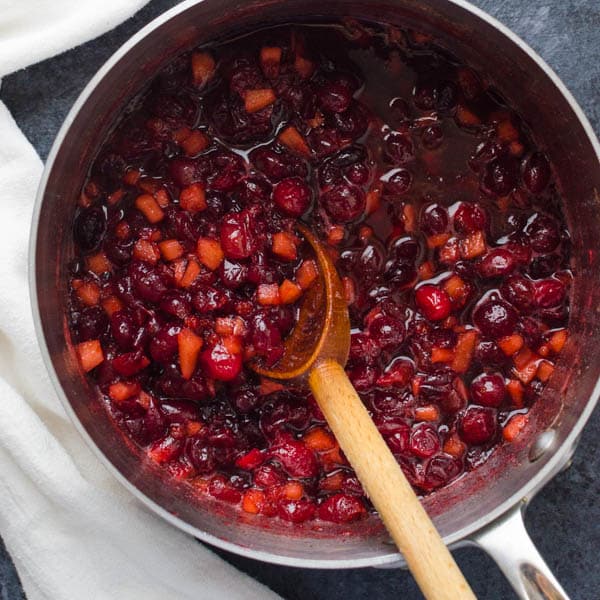 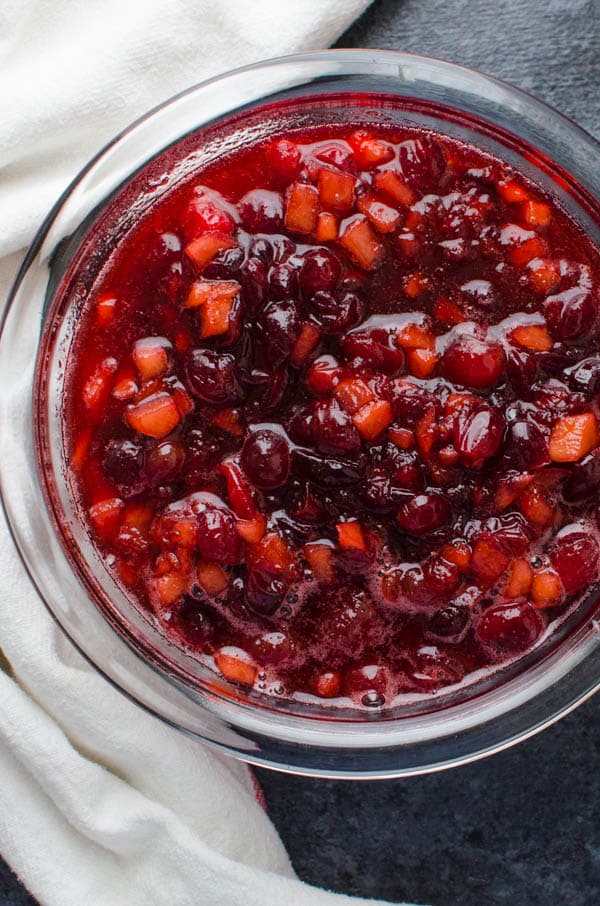 It tastes phenomenal right from the pot — but also directly from the fridge, where I may have dipped my spoon for a sweet-tart bite {strictly for quality control purposes}. Let me say that this recipe has created some stiff competition for our traditional Holiday cranberry sauce. 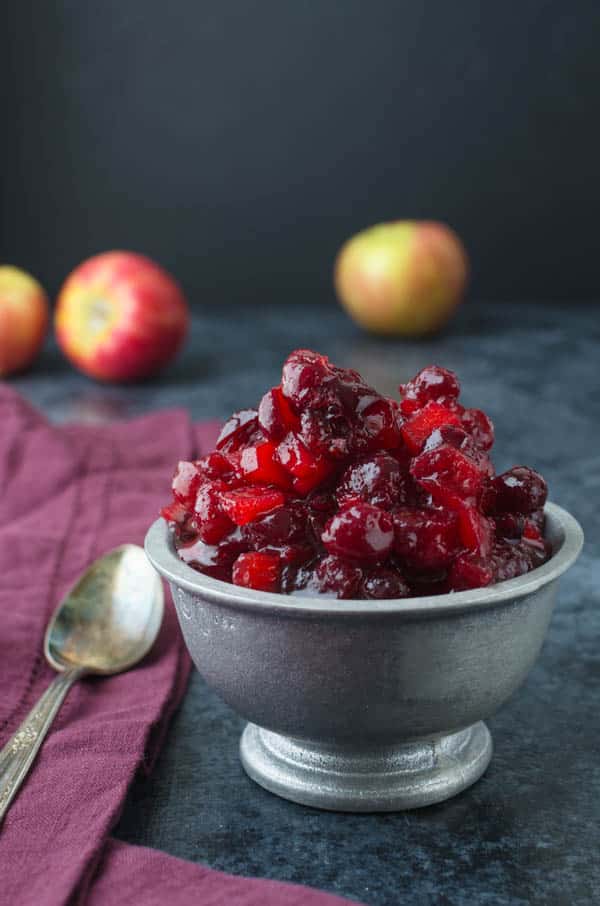 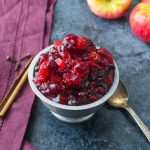 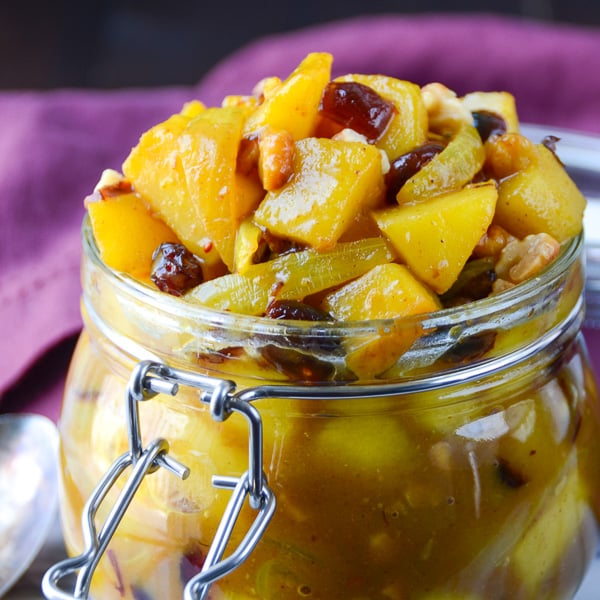 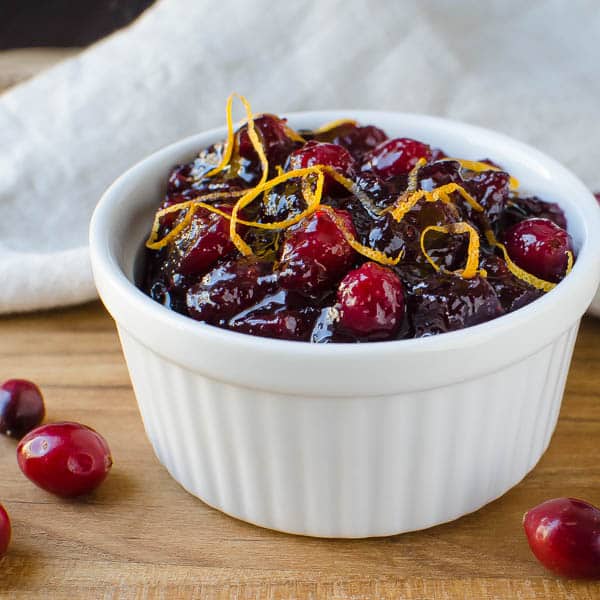