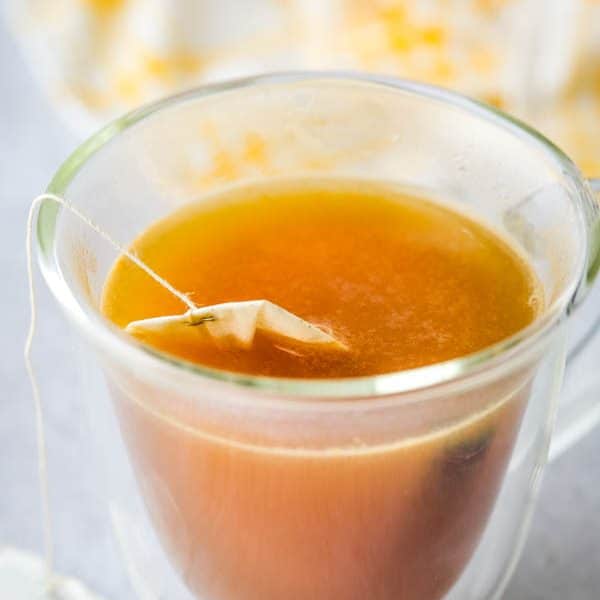 For a twist on an afternoon cup of tea, try this simple idea. Hot apple cider tea is cider mulled with a whole cinnamon stick and brewed with green tea. This warm, aromatic apple flavored green tea is quick and easy to make. Great with your favorite butter cookies.

During the season, I always have a carton of apple cider in my refrigerator. I use it to make hot drinks, chilled cocktails and my latest (non-alcoholic) obsession is this Hot Apple Cider Tea.

What’s the difference between apple cider and apple juice?

According to Tasting Table, apple juice is pressed and filtered from whole apples. Apple cider is made from mashed apples, like applesauce but with the skins. It’s wrapped in a cheesecloth and the juice is pressed from the mash through the cloth to strain it. Though the process removes most of the solids, it’s not as exhaustive a procedure as apple juice.

The apple juice removes all sediments during filtration, while apple cider is more rustic because it hasn’t undergone the same intense filtration process.

Apple cider can also be fermented for a hard cider, which would also be delicious in this apple cider tea.

Lightly spiced hot apple green tea isn’t really a “recipe” per se. It’s more of a way to introduce some seasonal flavor to your afternoon sipper. I make this individually for one person (me), however, you can make bigger batches for more people. (Instructions for both methods given in the recipe card).

If straight mulled cider is too sweet for your tastes, you’ll appreciate the way aromatic green tea balances the flavors.

For this simple flavored green tea, I simply substitute lightly mulled cider with steeped green tea — instead of plain water. A cinnamon stick spices the blend without being overt.

This warm spiced apple green tea is a seasonal sipper that warms you from the inside out.

A warm cup of apple cider tea is a real treat on a cool day. Make it just for you or a big batch for the whole family. 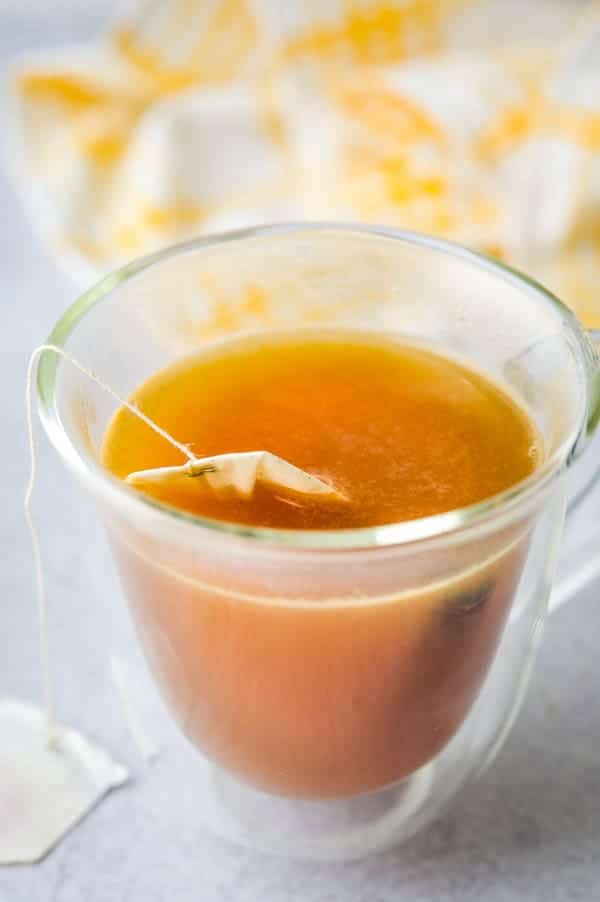 FOR A LARGE BATCH OF HOT APPLE CIDER TEA