Grapefruit doesn’t have to be boring. Kick it up with a nose-tingling cinnamon, cardamom and powdered vanilla blend. Run it through a hot oven and you’ll have Sugar n’ spice broiled grapefruit — a warm, juicy bite of sunshine, with a delectable caramely-spiced crust that’s ready in under 10 minutes. 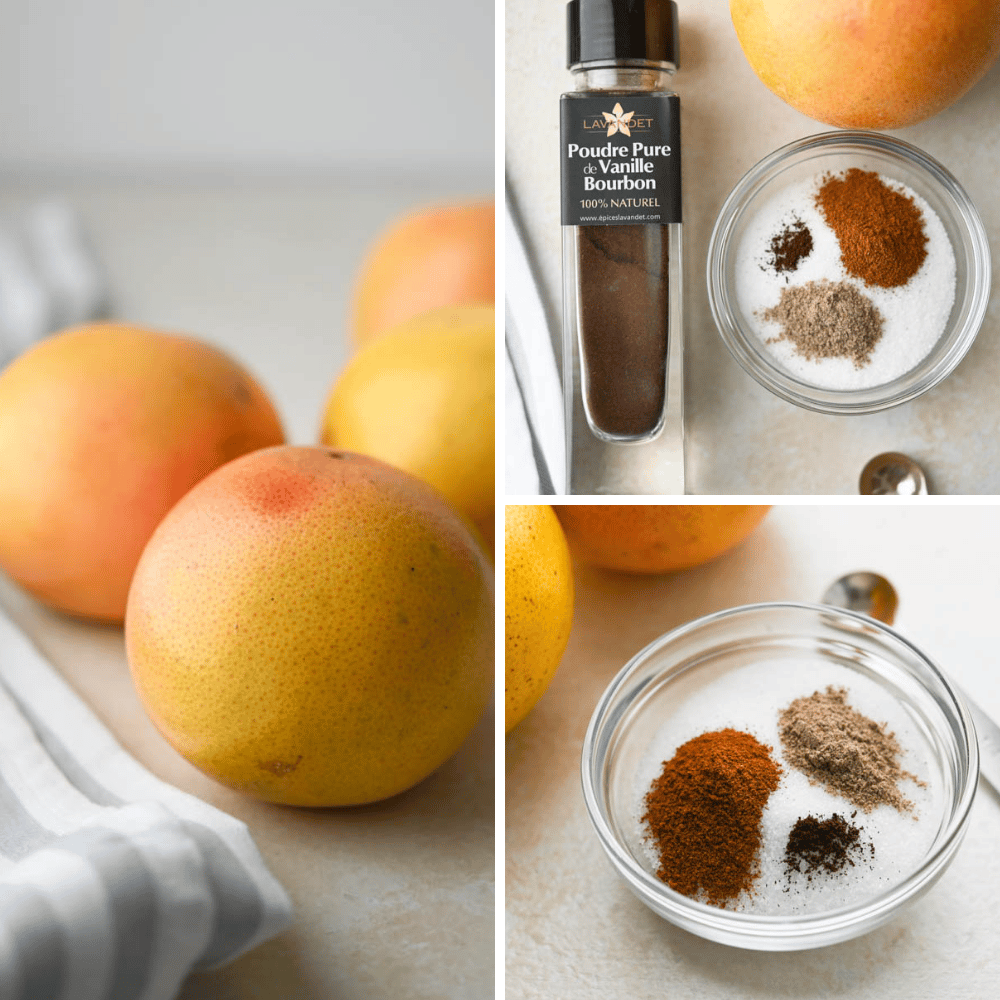 My Mom used to make this for us as kids, back in the day. It was simple — just grapefruit and sugar, set under the broiler a minute or two to heat the fruit and melt the sugar.  The sugar cut the sour edge of grapefruit just enough and the warm fruit was a welcome diversion from my usual bowl of corn flakes. 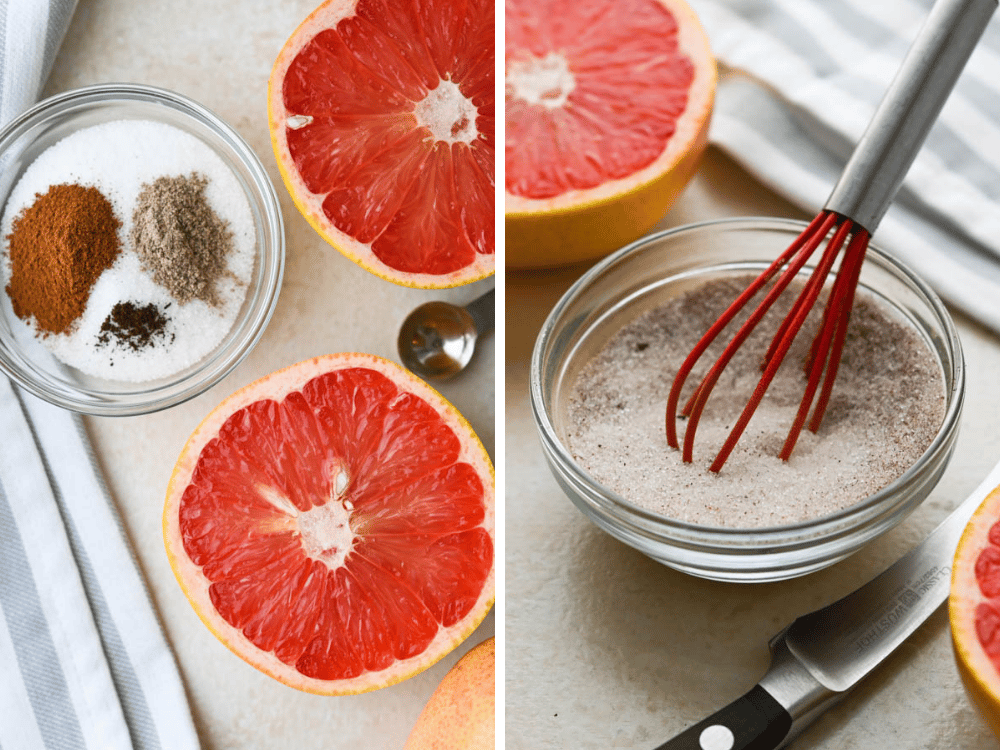 So, no, broiled grapefruit isn’t a new thing — but it’s worth revisiting. In this version, we’ve amped up the traditional sugar topping with ground cinnamon, floral cardamom and powdered vanilla to smooth out the edges.

I apologize in advance for this because I generally don’t use obscure ingredients on this site.  I came across powdered vanilla when I took a trip to France a few years ago  — where it’s sold in every market. Unfortunately, it’s not that way here in the States, and when I searched for powdered vanilla on Amazon I found a lot of wannabes…  Though  Neilsen-Massey has a vanilla powder available, but it wasn’t 100% pure vanilla (I haven’t tried it, so I don’t know how it performs) The powdered vanilla I got in France isn’t overwhelming, but its distinct aroma and mellow flavor softens the intensity of the grapefruit, cinnamon and cardamom. You could also use vanilla sugar or just omit the vanilla altogether for a stronger spice profile. 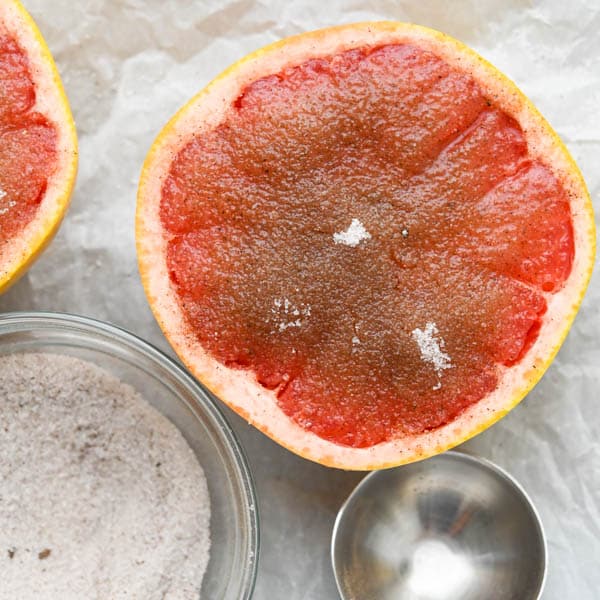 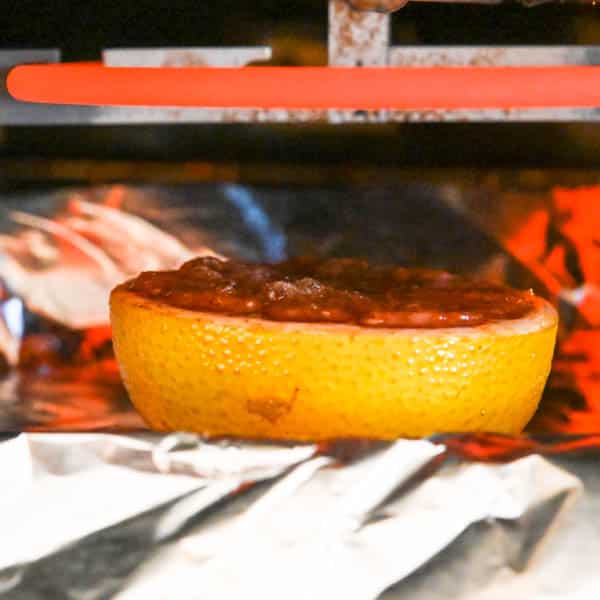 December through February is peak citrus season in Florida, so if that happens to be where your grapefruit comes from (and I sure hope it is), you’ll definitely want to make Sugar n’ spice broiled grapefruit at least a couple of times this winter. 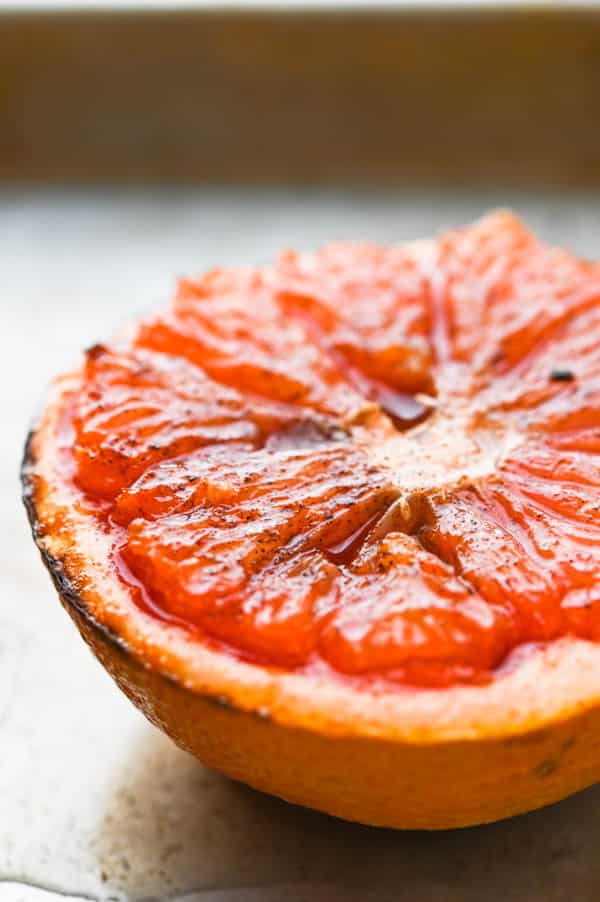 Broiling grapefruit intensifies the juiciness of the citrus and the caramelized sugar, spices and powdered vanilla, mellow its signature tart pucker. Scott had never had this before and when I brought it from the table, he was hesitant. “Hot grapefruit?” he asked.

“What are those dark specks on top?”

“Some spices and powdered vanilla.”

“Powdered vanilla? Hmmm. Interesting.” (That’s Scott speak for where do you come up with this stuff?)  Scooping up the grapefruit segments with his spoon, he peppered me with more questions. “Why does the fruit pop out so easily?”

“I cut the segments from the membrane.”

“While it’s still in the fruit? You can do that?”

He cracks me up! 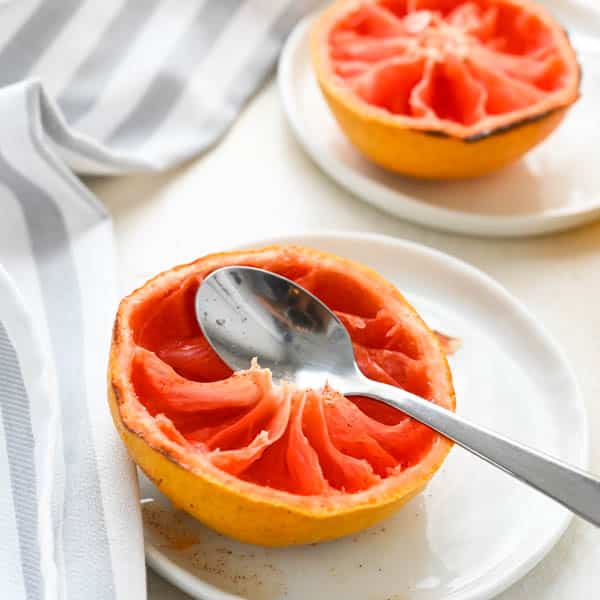 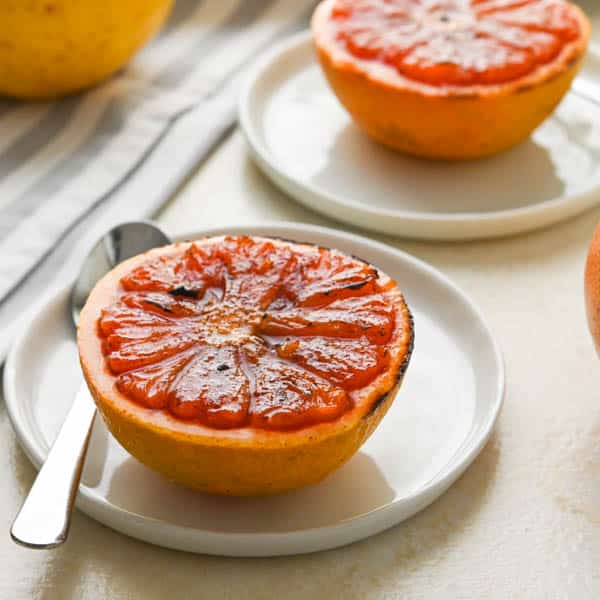 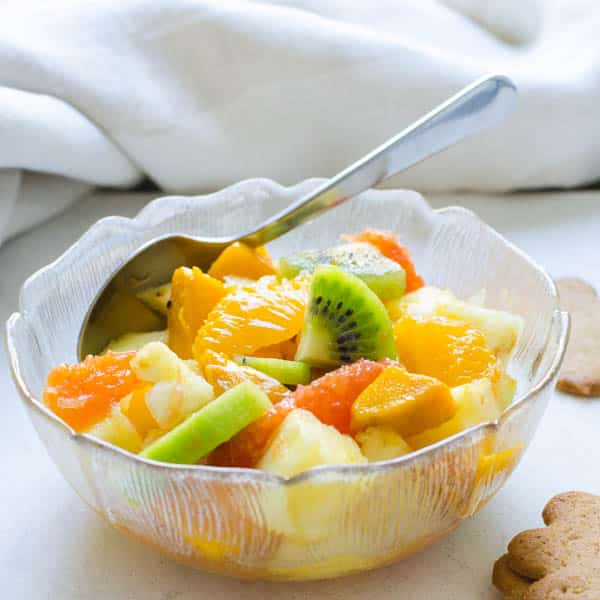