Most people grill burgers,  make a pot of chili or order up piles of chicken wings for their Super Bowl Party.  Not us.   Our annual Super Bowl celebrations pay tribute to the regions of the country where the two competing teams are from.  If it’s Baltimore — crab cakes.  Philadelphia — cheese steaks.  Get it?   There are some teams I root for year after year, because their hometowns are such food meccas.  Others, well, not so much. 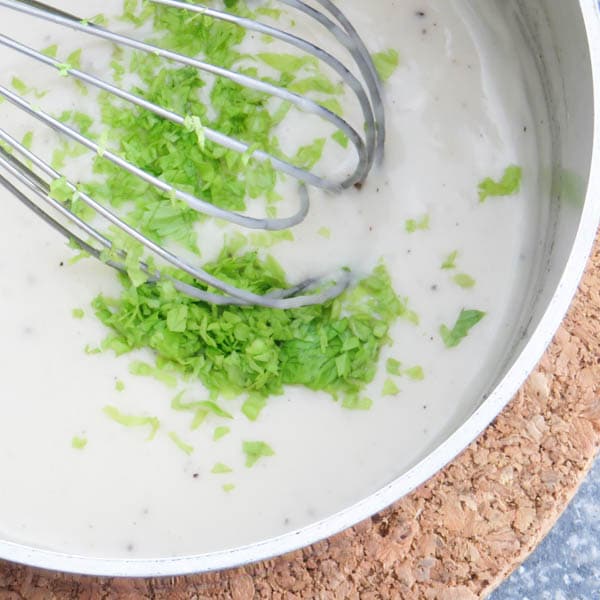 When the playoffs begin, we bracket the teams and their regional specialties.  As we get closer to the final two, the menu begins to take shape.   Now, we’ve got nothing against Indianapolis or Green Bay — but let’s just say, we’re very happy with Sunday’s roster!  New England vs. Seattle! 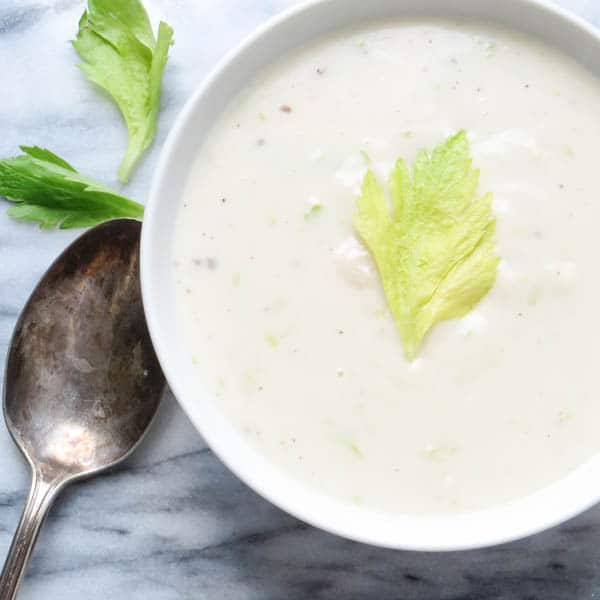 You think New England — you think clam chow-da, right?  So, I was happily going down the soup path when Scott called an audible.  (That’s football-speak for changing the play).  He wanted pizza.  Hmmm.  That could be interesting. 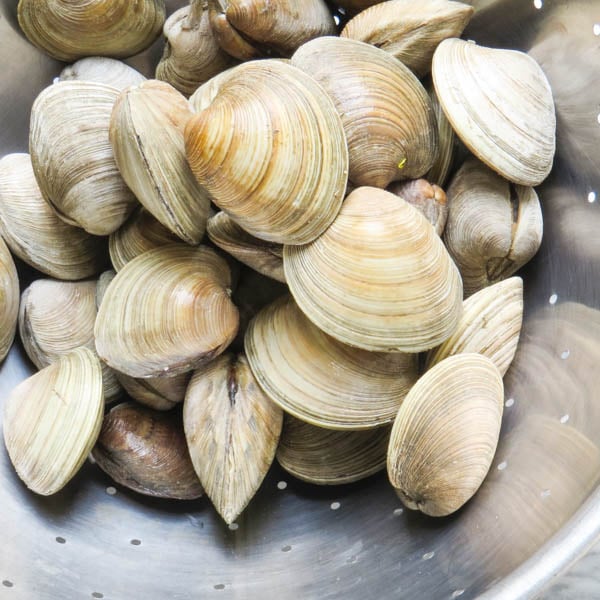 That’s how we arrived at this homage to the Patriots.  It has all the elements of a regular chowder, even the creamy bisque, reconstructed as pizza toppings.  You might think, “potatoes on pizza???”  It works!  “Clams?”  You bet!  “Bacon?”  Well, duh. 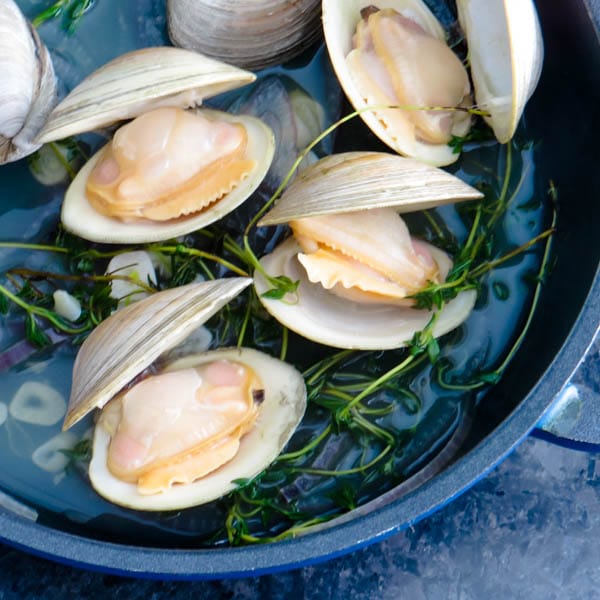 We made a test batch last Friday night and we discovered a few things.  First, the celery leaves as a garnish are absolutely essential.   They are bright and fresh — the ideal herbal note. 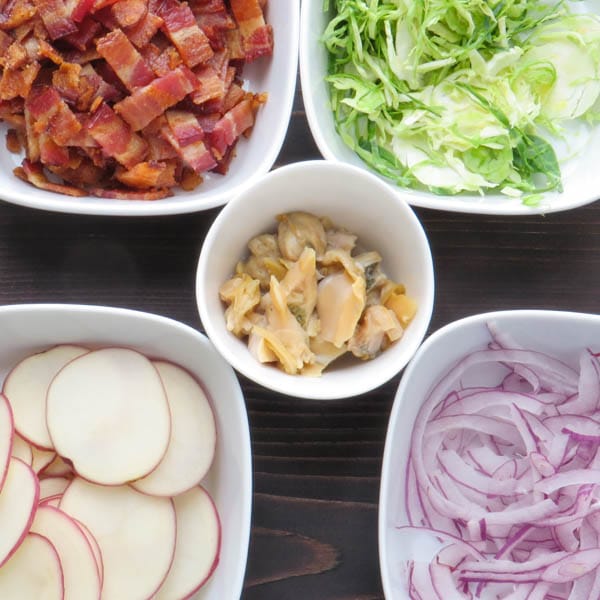 And something not so expected… hot sauce.  I know, I know.  It sounds more like buffalo pizza — but seriously — we added a few dashes and WOW!  Phenomenal!  So you can go traditional on this pie — and it will be good or you can add a few shakes of hot sauce for a spicy, tangy flavor-bomb!    I think you know how I’m leaning. 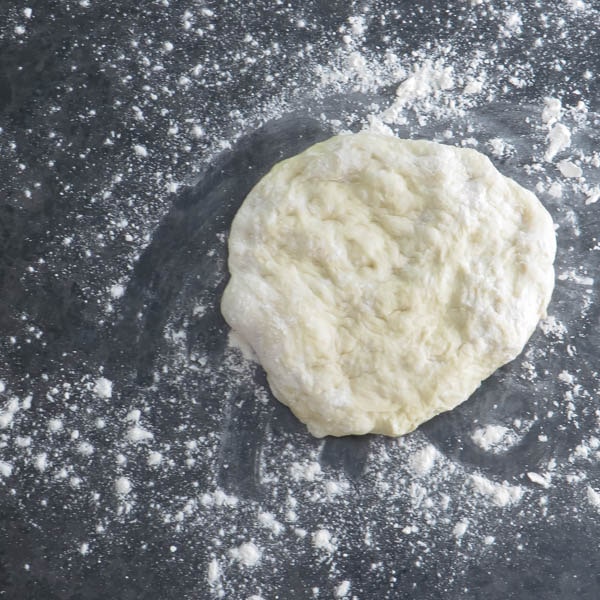 Paper-thin slices of potato, onion and brussel sprouts are also key so that they cook in the same time as the pizza – which only takes 7-8 minutes in a 500 degree oven.    I used a mandoline and it made very quick work of the process, but if you don’t have one, sharpen your knife and get slicing. 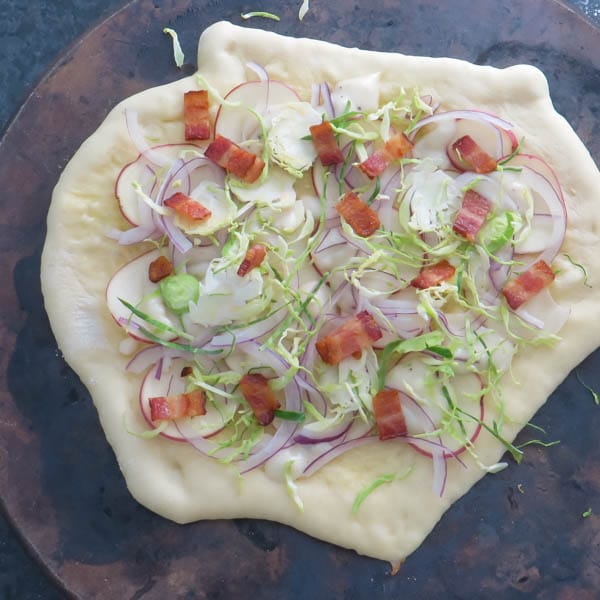 Let’s talk about the clams — I used fresh middle necks found at my fishmonger (shout out to Pop’s) though little necks would work well too.  They steamed with some aromatics and the shells popped right open.  I may have snuck one or two from the pan for quality control purposes. 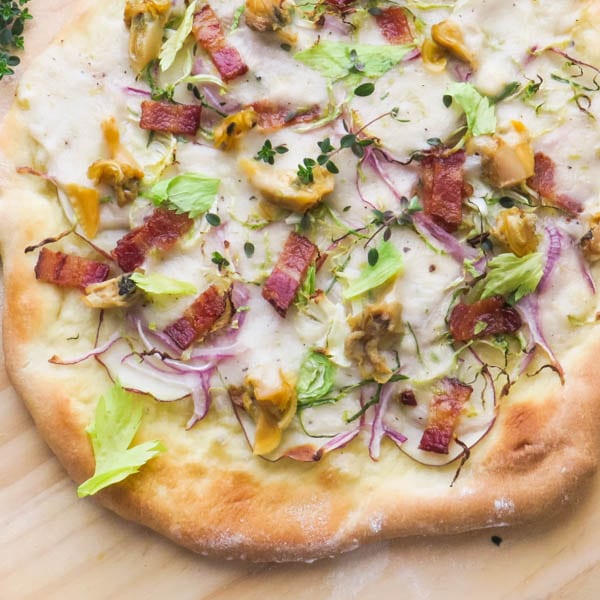 Depending on how large your clams are, you can chop them, or not.  We made four 10-inch pizzas and initially, I chopped the clams, but toward the end we were  putting whole clams on the pie and devouring the delicious results. 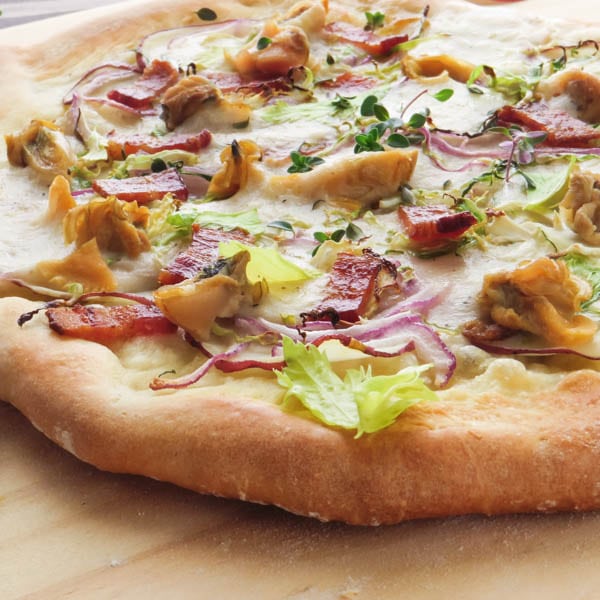 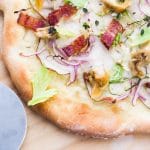 To assemble the pizza 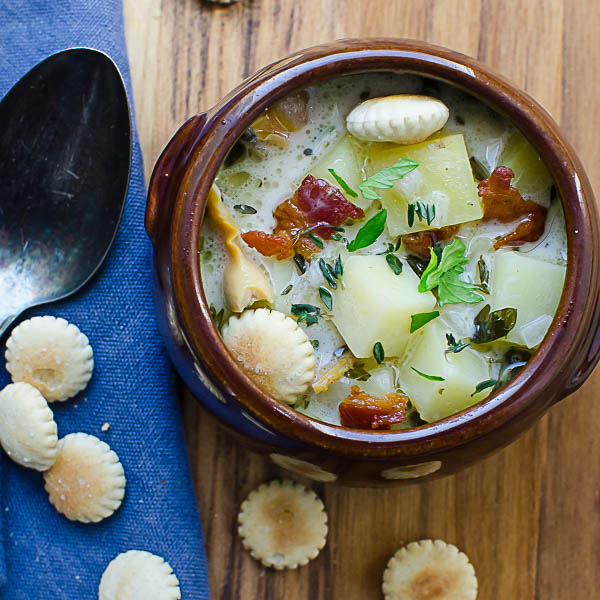 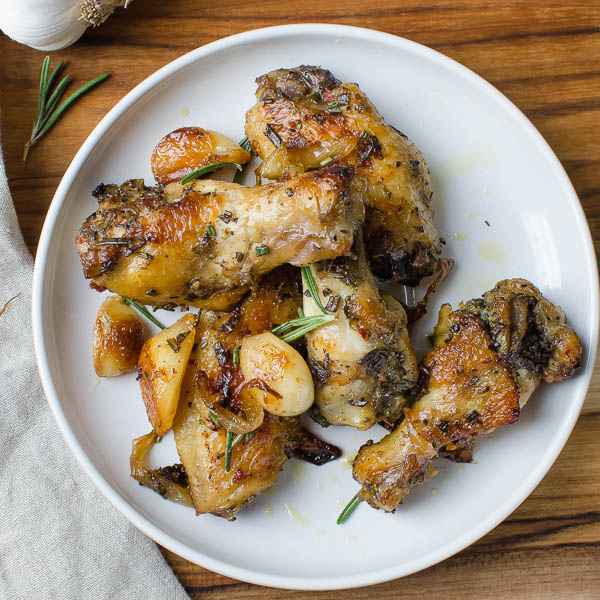 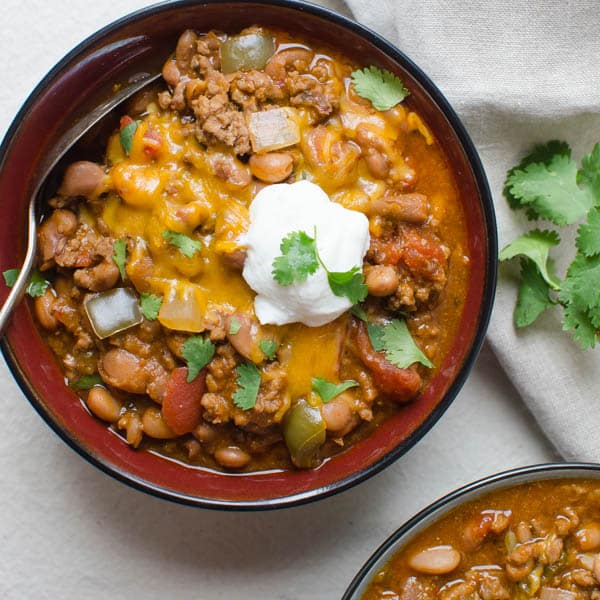