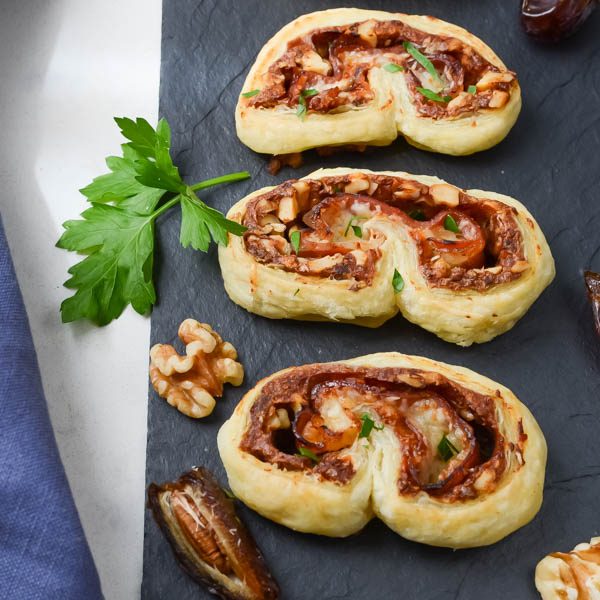 Dates have had a resurgence lately.  They’re the natural sweetener in shakes and energy balls and the  basis for many vegan candies.  Dates add great pops of sweetness to salads and depth of flavor in braises.   I’ve always been a fan, but my daughter wasn’t.  Until now.  Until Prosciutto and Date Palmiers. 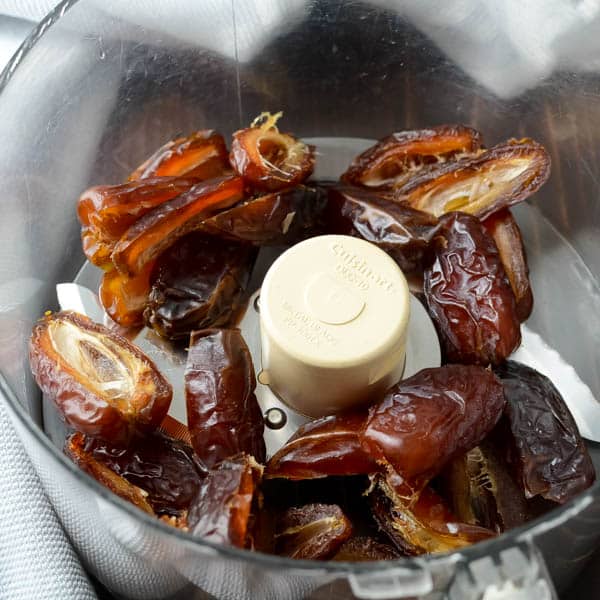 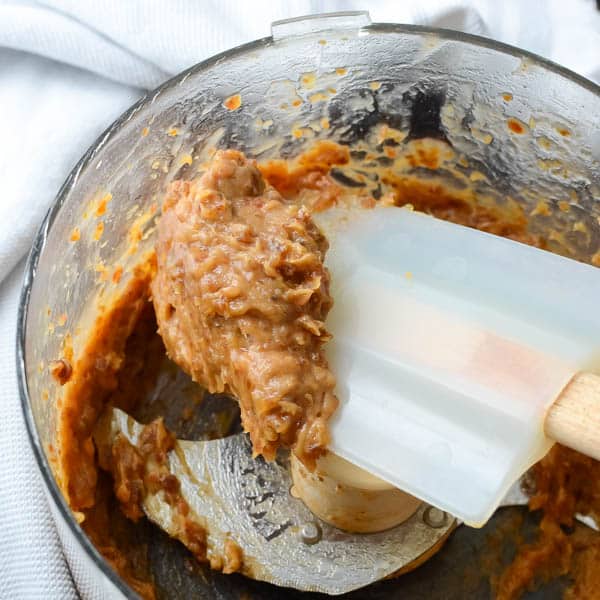 Before these palmiers, Emily couldn’t get past the “look” of the dates.  They just didn’t appeal to her.  I have a stuffed date recipe that is a standard hors d’oeuvres anytime we entertain — she wouldn’t touch them. 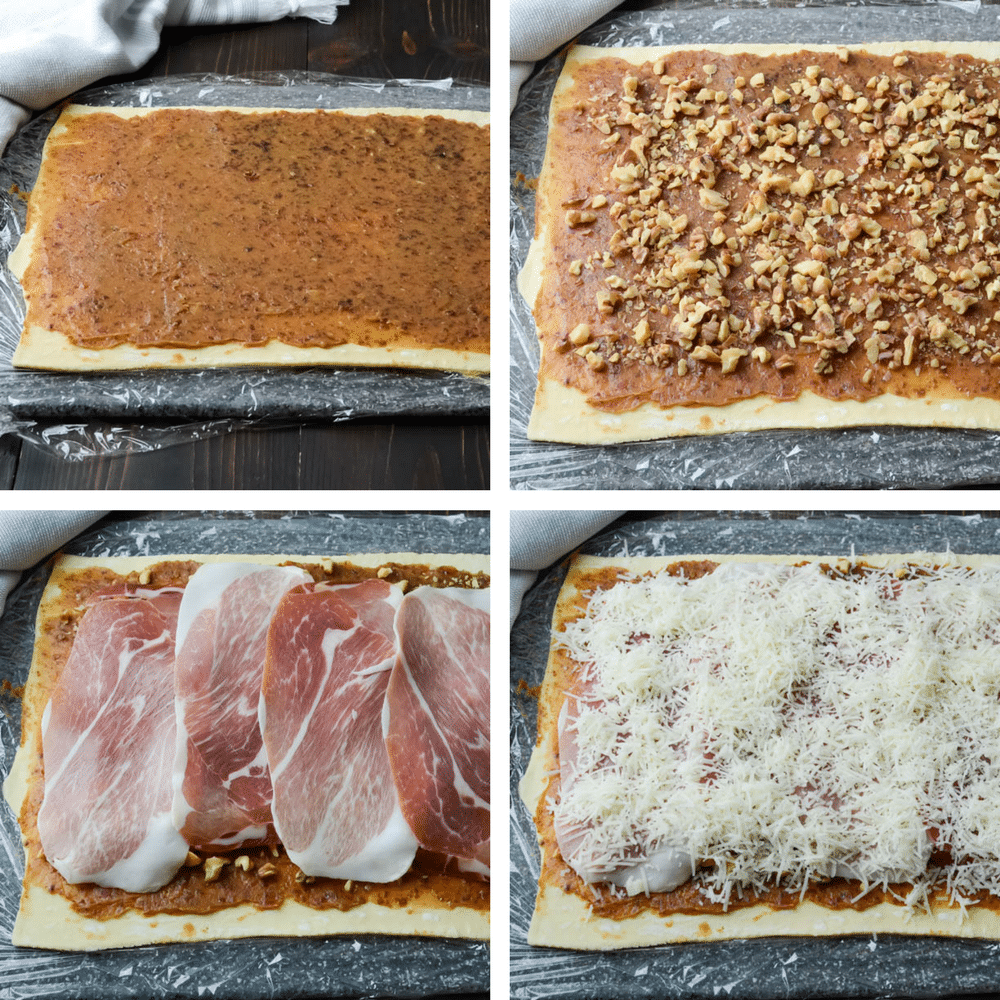 I love those stuffed dates because the assembly is simple and I always get raves from my guests.  At one Christmas party, I literally had people following me to snatch more from the tray as I circulated through the crowd.  Emily was unmoved. 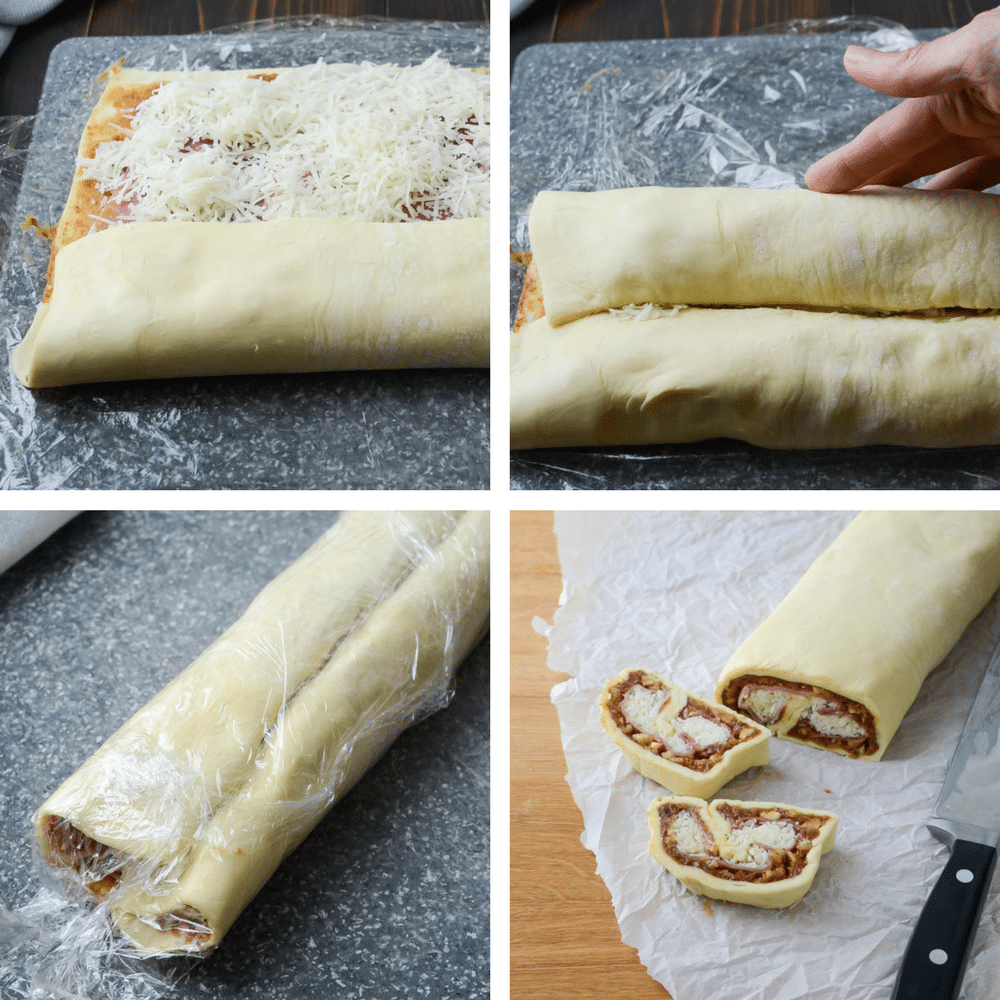 I guess dates are like prunes – you know that it’s just a dried plum, that they are sweet and satisfying, but there’s just something about their look that you don’t quite trust.  I get it. 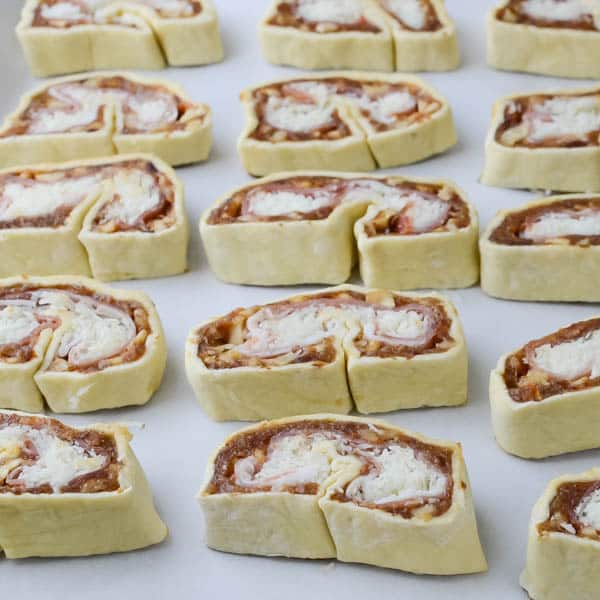 In an effort to convince her, I decided to transform the look of the dates into something she would readily accept.  My strategy involved puff pastry and making a spreadable paste with the dates.  You see where I’m going with this?  I took a few more liberties, adding walnuts for crunch and layers of salty prosciutto. 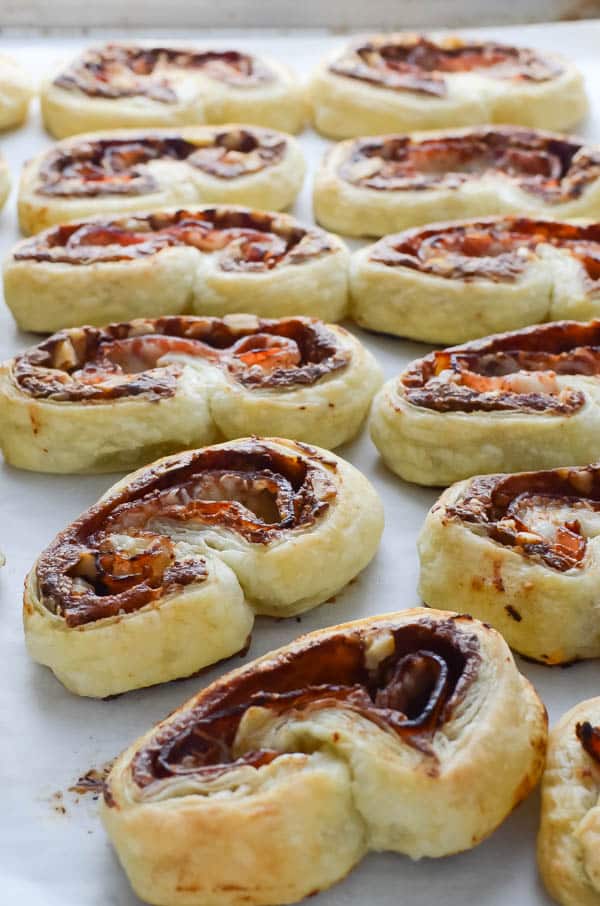 It worked!  Not only did Emily inhale these without hesitation, when I brought them to my neighbor’s dinner party — even the normally gluten free crowd, wanted a taste.   If you’re making them for a party, I’d suggest a double batch! 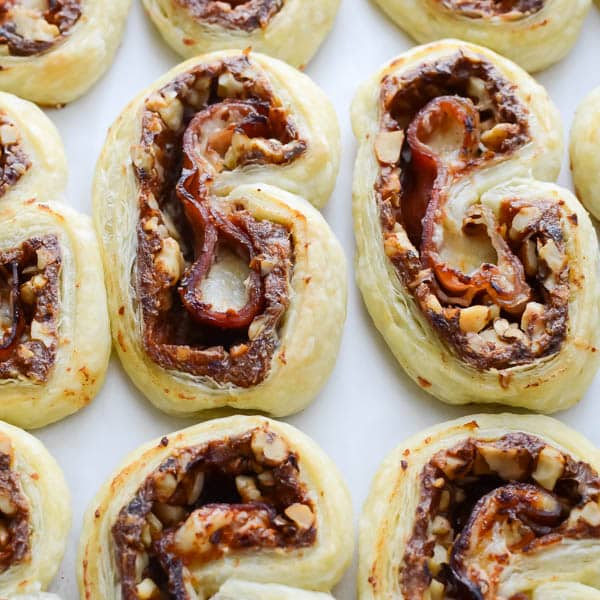 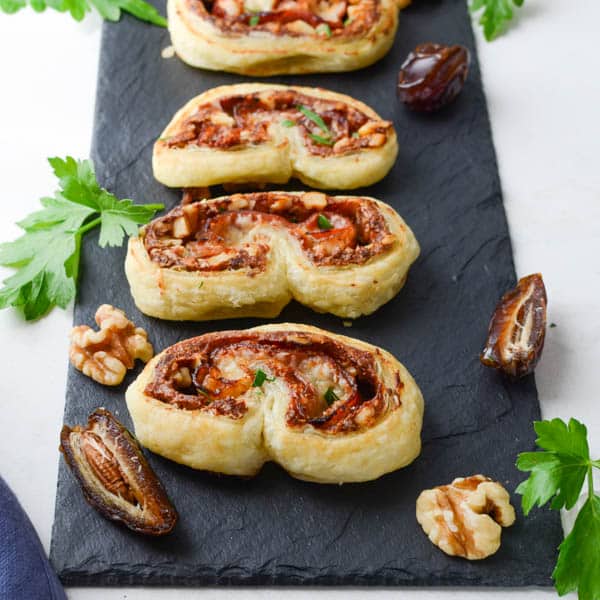 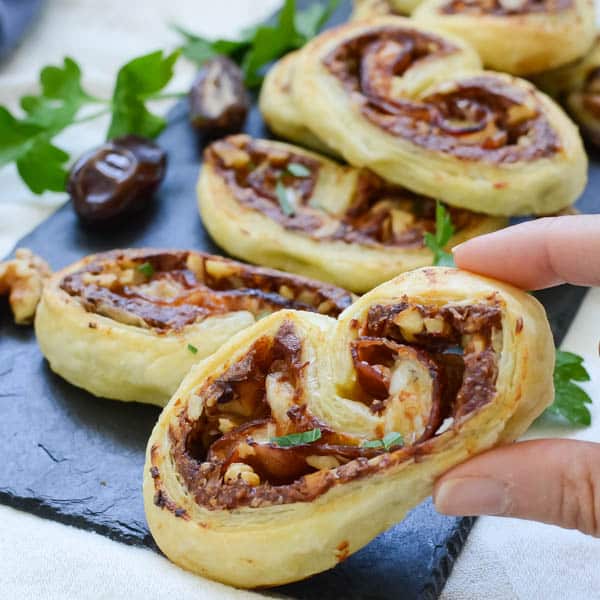 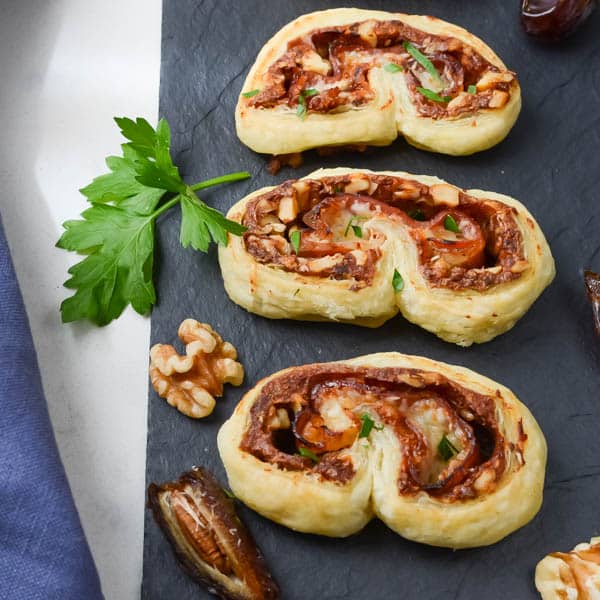 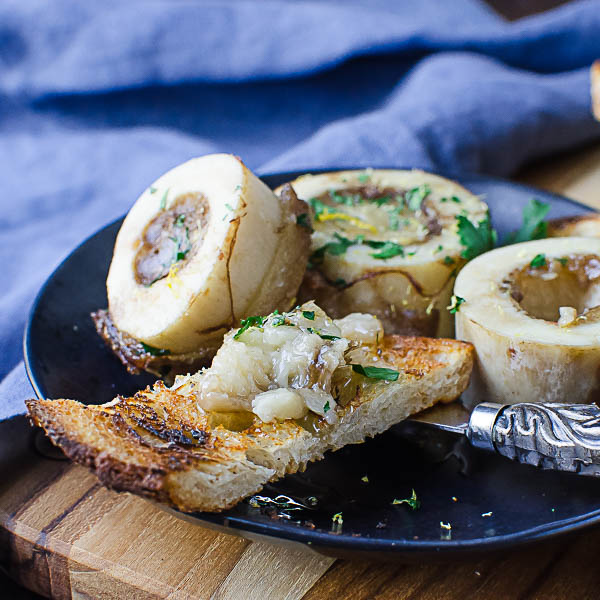 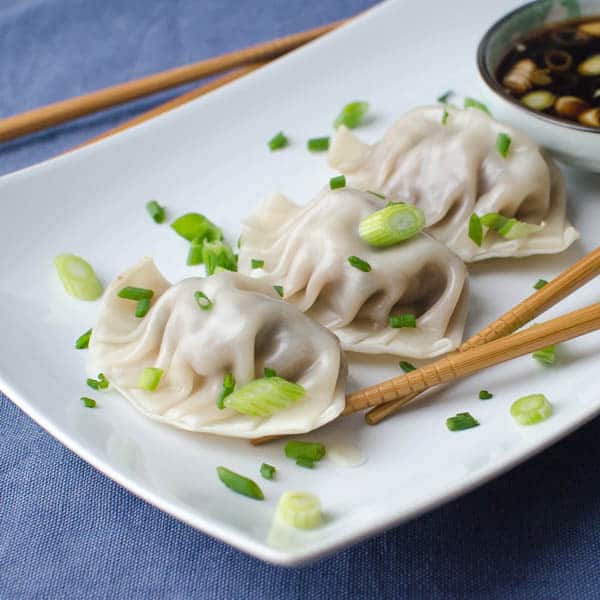