This easy gravy recipe is my go-to for the holidays, not only because it makes about 4 cups of delicious, smooth sauce, but also because this old fashioned giblet gravy can be made in advance. That’s right — make ahead gravy! It’s turkey gravy without drippings (well, you can add them in later if you want and I usually do). Use the giblets and turkey neck to enhance store bought broth for a rich, flavorful addition to your Thanksgiving and Christmas spread. This turkey neck gravy is so good, you’ll want it for your rotisserie chickens too, because maple sage gravy goes well with any poultry. 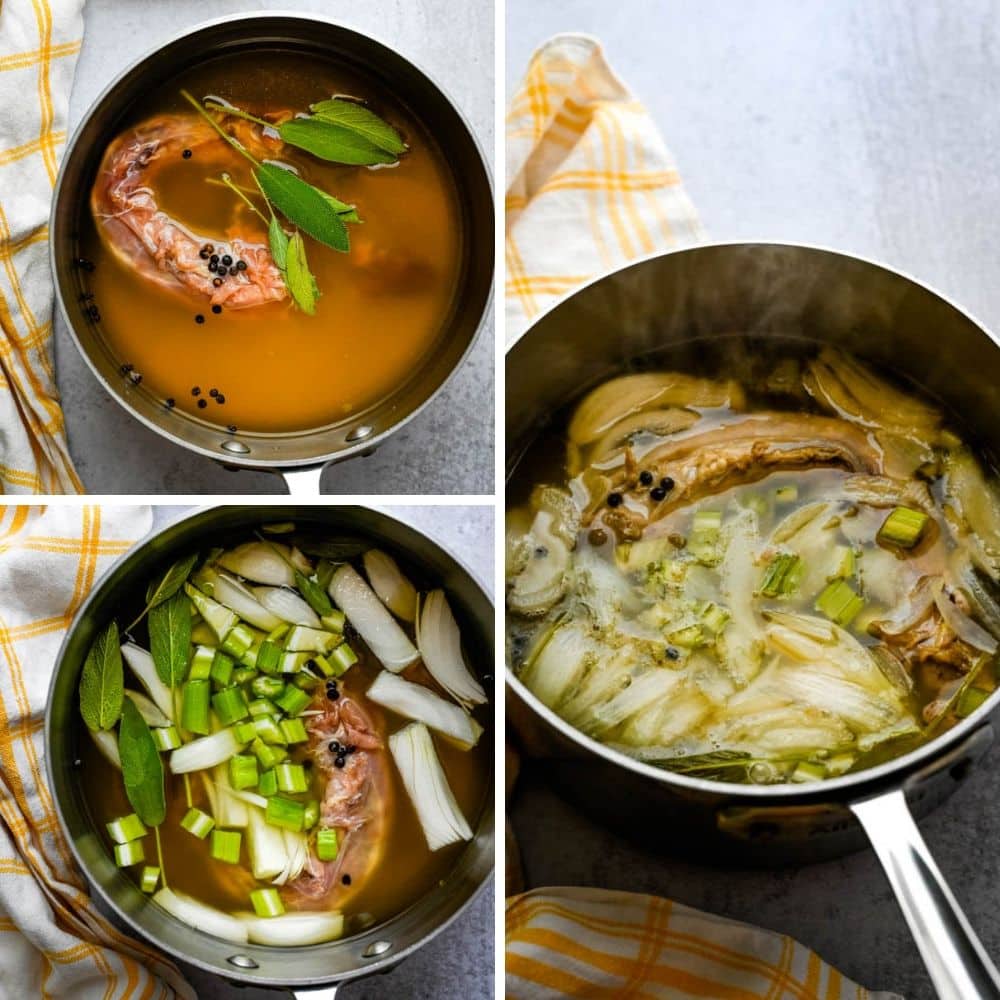 My mantra for cooking during the holidays is to get as much done in advance as possible. That means cranberry sauce is made several days ahead or even the weekend before. Stuffing is assembled the day before as are the desserts. So, why would I leave the old fashioned giblet gravy to the last minute, right?

Ingredients For Make Ahead Gravy

You may be wondering how this could be a “make ahead gravy” if we need the turkey neck and giblets for it.  It’s simple.  I brine my turkey overnight — which means I take the turkey out a day or two before and can easily retrieve that little package of goodies, but you could also ask your butcher for any leftover turkey (and or chicken) necks and giblets Believe me, this kind of advance planning comes in very handy when you’re the one in charge of putting together the holiday meal. 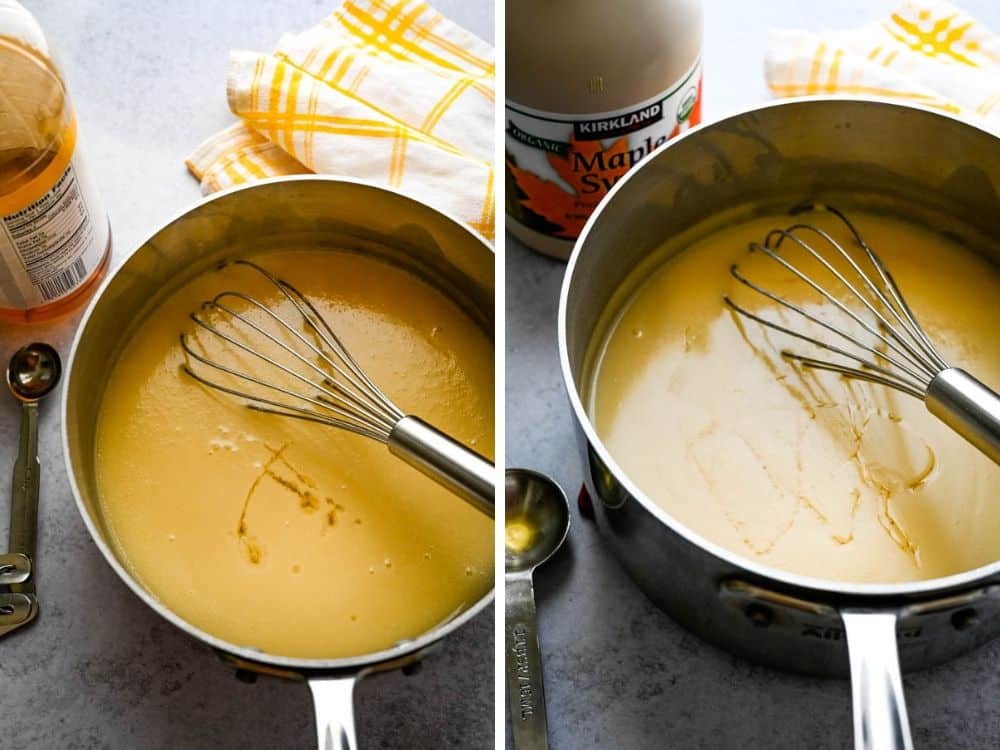 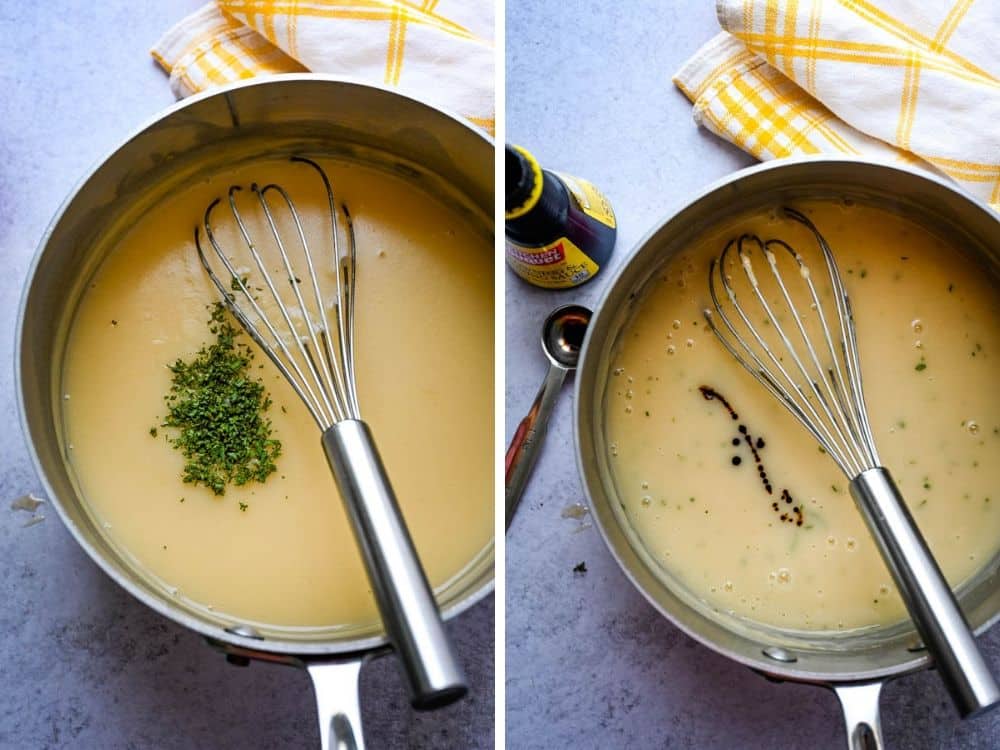 So up to this point, this is a turkey gravy without drippings. However, if you happen to have drippings — like say, on the day that you’re making a turkey — and you wanted to add them to your turkey neck gravy, you absolutely can when you’re reheating the gravy.

In a small bowl, mash together equal parts butter and flour (say, 1 tablespoon of each for each additional cup of drippings you add.) until it forms a thick paste.

In a heavy saucepan, heat the make-ahead gravy to just below boiling and whisk in the drippings and butter mixture, until it completely dissolves in the sage gravy. Continue stirring until it thickens. Adjust seasonings to taste.

If you’re making this to go with a rotisserie chicken, sometimes the chicken comes in a plastic domed container and collects the chicken juices at the bottom of the container… That jus is liquid gold. Add it to your maple sage gravy for an even richer flavor. 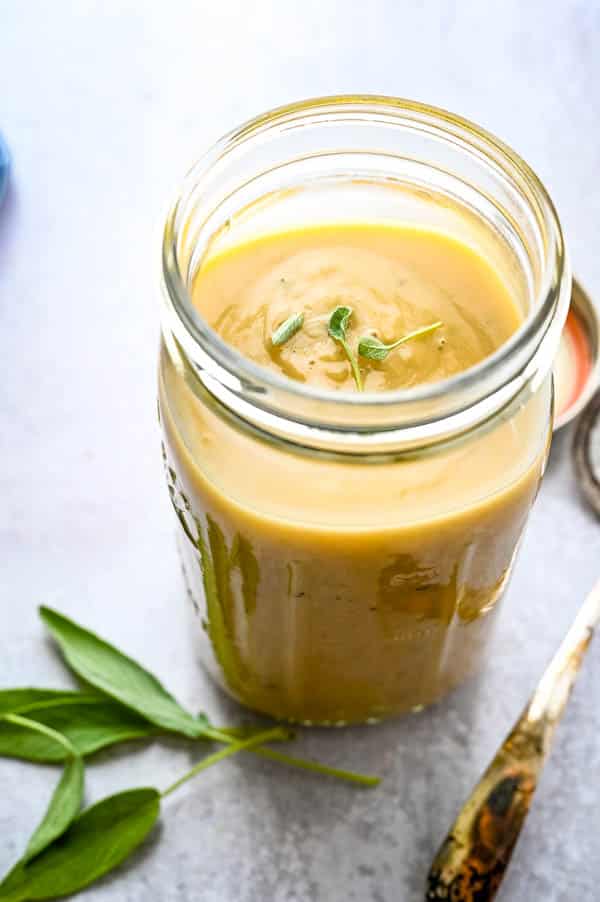 What To Serve with Maple Sage Make Ahead Gravy: 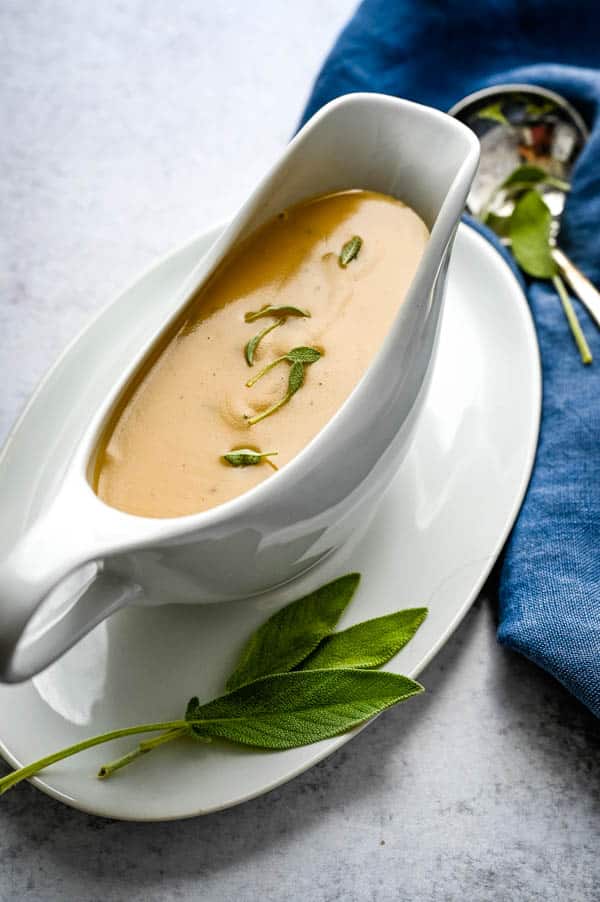 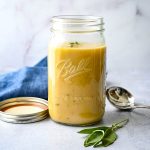 Course: Side Dish
Cuisine: American
Keyword: gravy, thanksgiving, turkey
Prep Time: 10 minutes
Cook Time: 21 minutes
Servings: 16
Calories: 92kcal
This easy, no-lump gravy is tangy and lightly sweet with fresh sage infused in the broth and sprinkled into the finished sauce. Can be made a day or two ahead of time (and if you want to add turkey drippings while you're reheating, that would be awesome).
Print Recipe 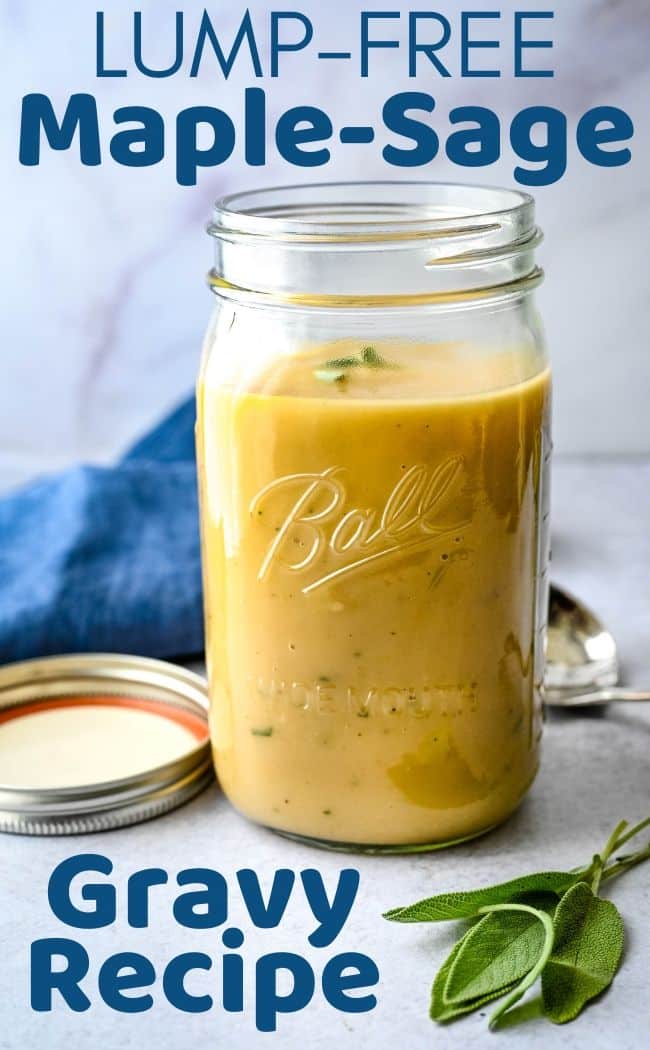