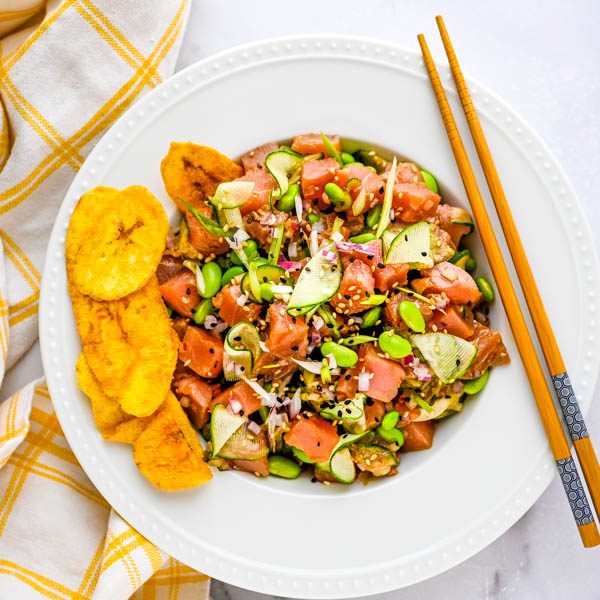 If you love Hawaiian poke as much as I do, but don’t want to fly halfway around the world to get it, this ahi poke recipe is the answer. The key is in the amazing poke sauce recipe, which is tangy, spicy and rich with umami flavors. We serve this ahi tuna appetizer with plantain chips for scooping or over sticky white rice for an ahi tuna poke bowl. Try it, you’ll love it. 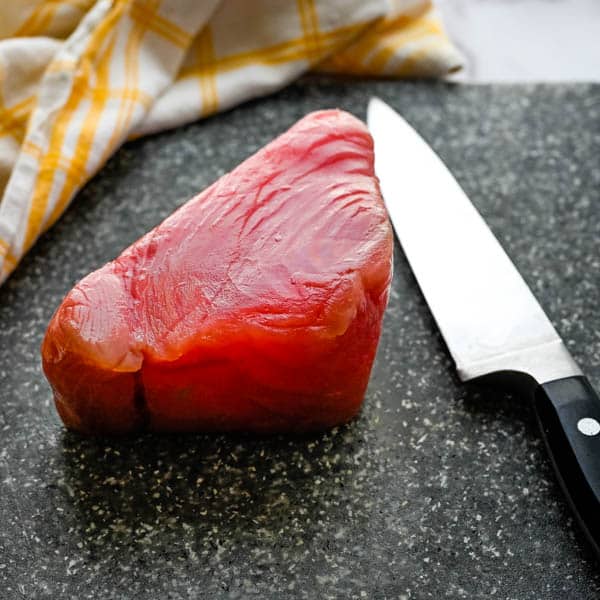 What Is Ahi Tuna?

Ahi is the Hawaiian name describing either Big Eye tuna or Yellowfin tuna. Yellowfin is abundant in South Florida and what I used for this Hawaiian Poke. It’s a firm, buttery, semi-dark meat fish that’s great blackened or grilled, but really shines when seared or served raw as in this ahi tuna appetizer.

Where To Find Fresh Tuna

Unfortunately, sourcing good, fresh ahi tuna is largely dependent on where you live. If you’re close to the Atlantic or Pacific oceans, you’ll probably have an easier time sourcing it. If you’re not near an ocean, the best I can say is to get to know your local fishmonger and see if they can order some special for you. Preferably no more than 24-48 hours old from doorstep to doorstep.

How To Choose Fresh Fish 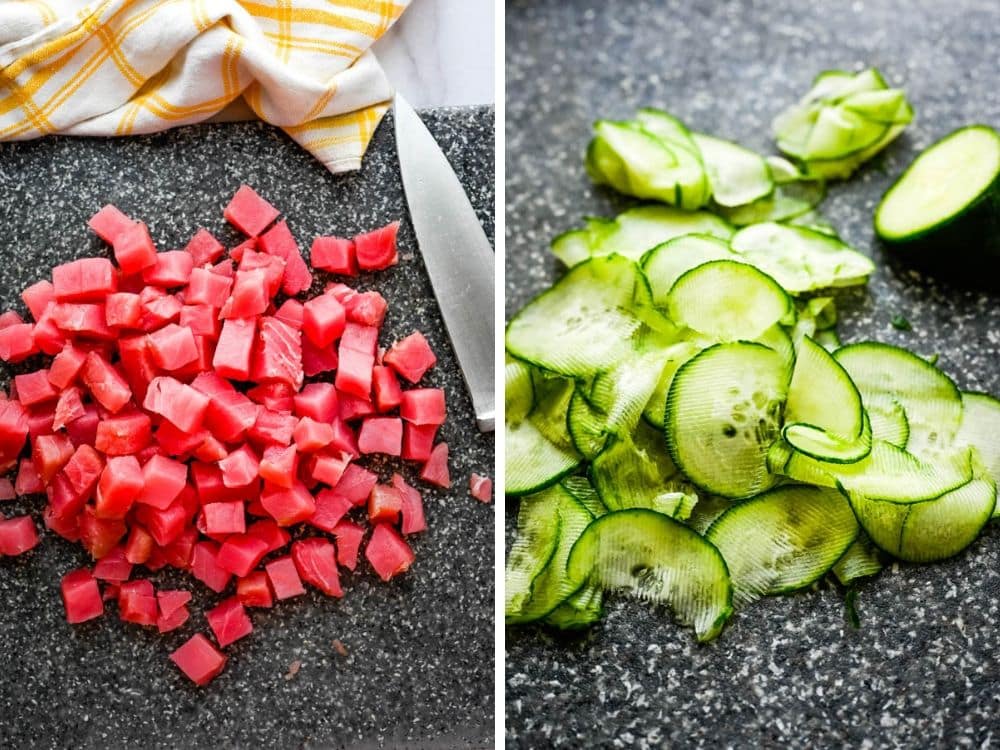 Poke (pronounced po-kay) is a traditional Hawaiian diced marinated ahi tuna salad. It can be the mainstay of a meal, or served as an appetizer.

Here in South Florida, you’ll find poke on restaurant menus everywhere. That’s partly due to the freshness and sheer abundance of local yellowfin tuna. As a result, I’ve probably sampled about 15 different versions of poke at numerous area dining halls and have combined aspects from my favorites into this interpretation — which also includes thinly sliced cucumber, edamame, green and red onion and a bit of cilantro (not traditional, but good). 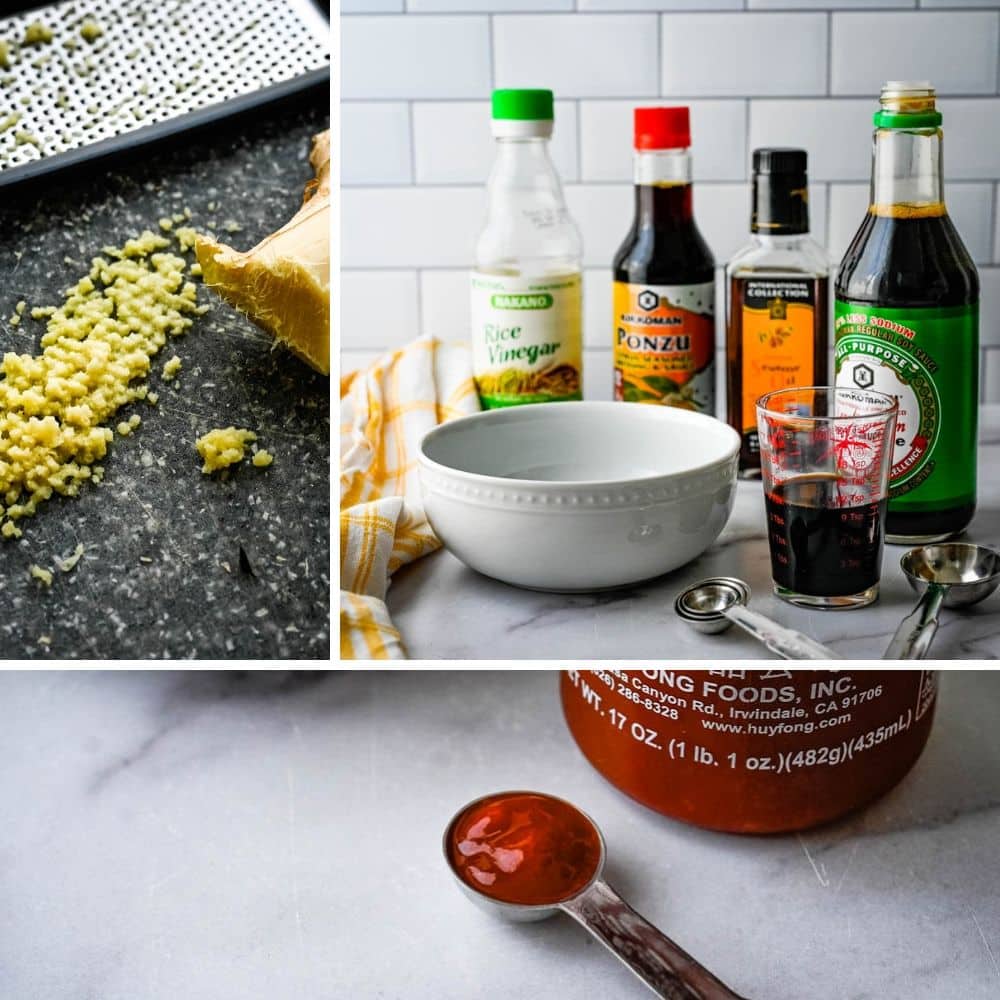 The key to a good poke (in my humble opinion) is the marinade and this poke sauce recipe hits all the right notes.

Whisk together the ingredients for the sauce into a small bowl, then taste for seasoning and adjust accordingly. 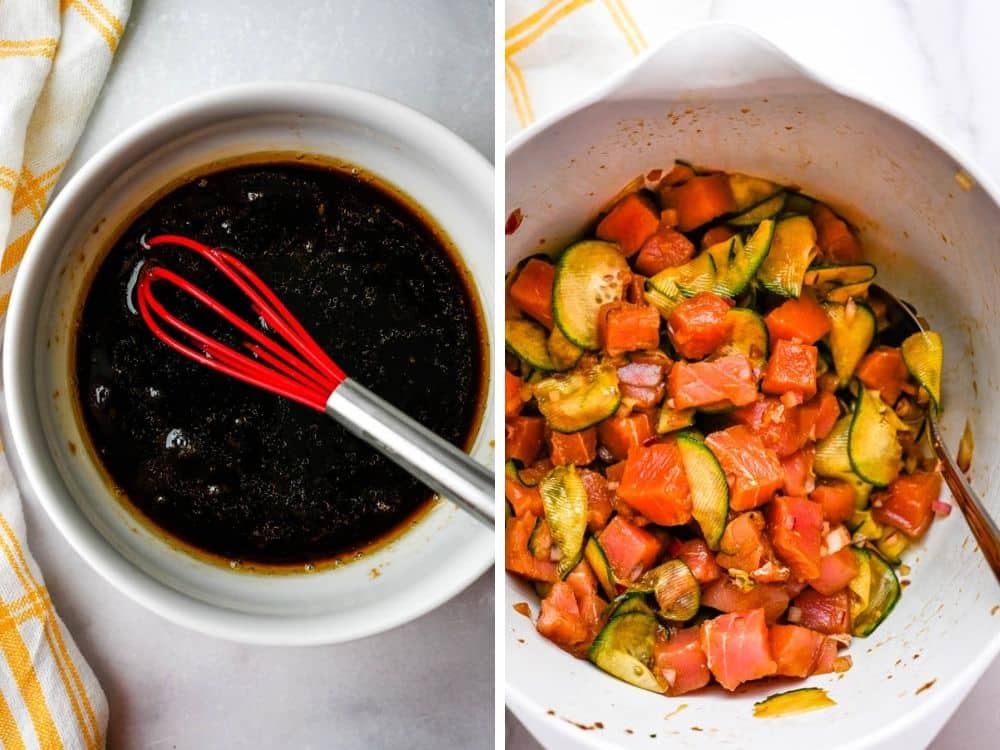 Honestly, you could simply combine the tuna with this flavorful sauce and be done — it would be fabulous. The extras just make it that much better. I’ve used a mandoline to shave the cucumber into paper-thin slices, but if you don’t have one, you can also dice it into pieces about the same size as the cucumber. 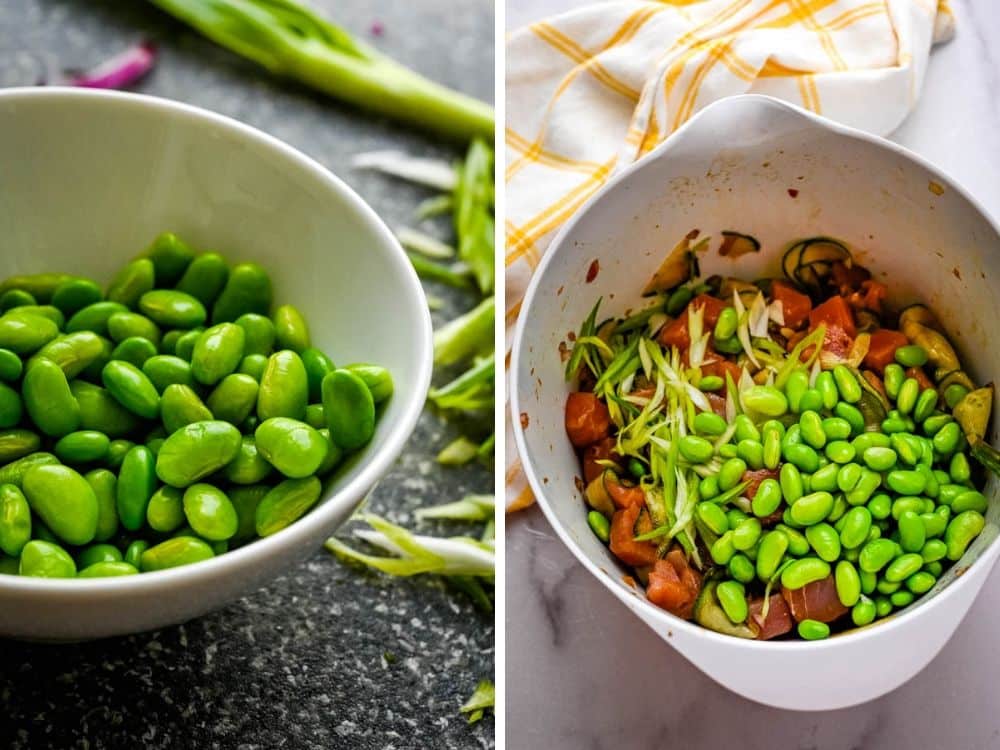 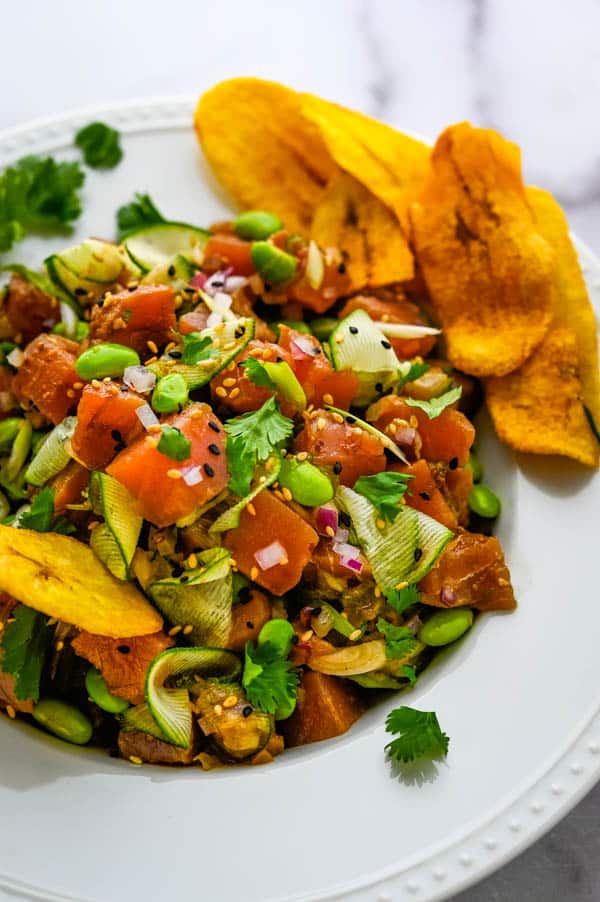 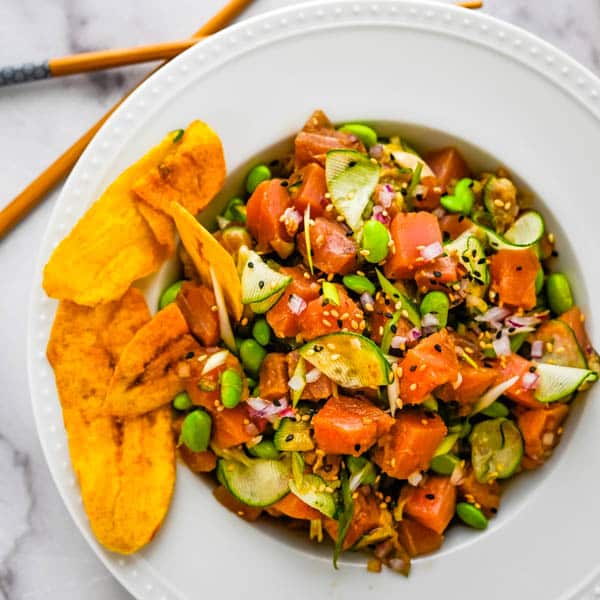 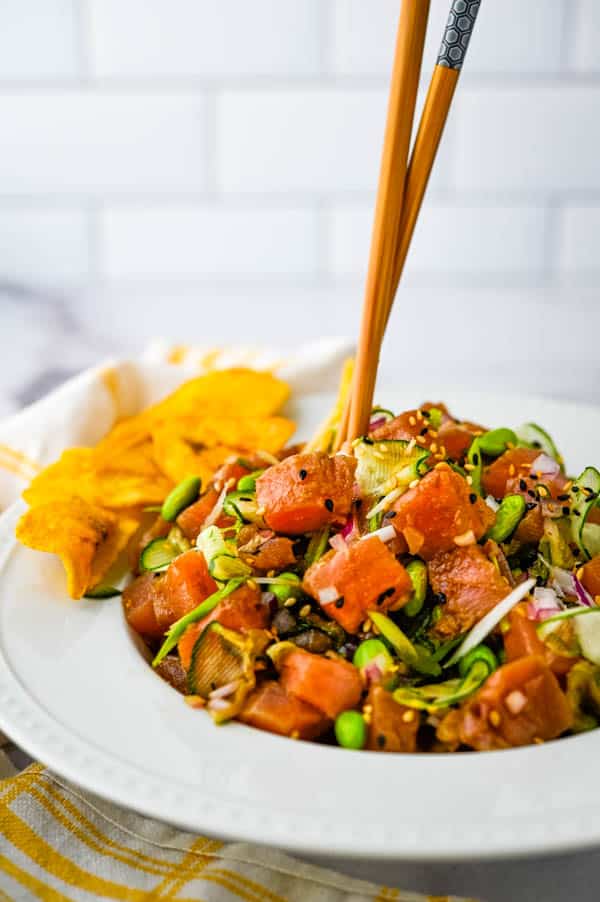 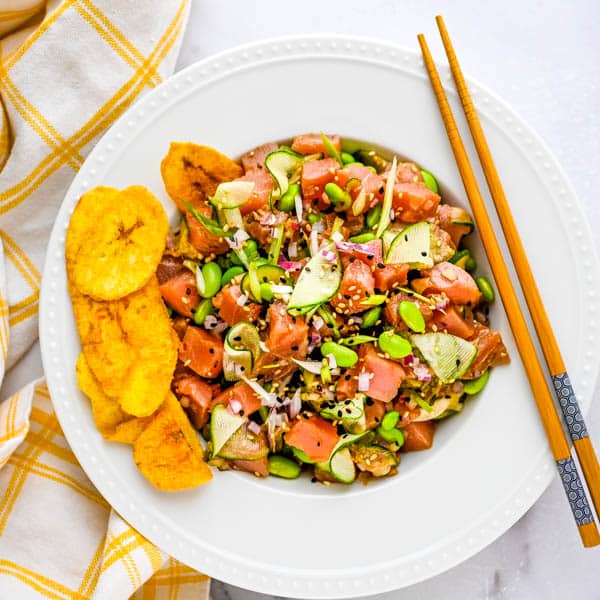 Serve With One Of The Following: 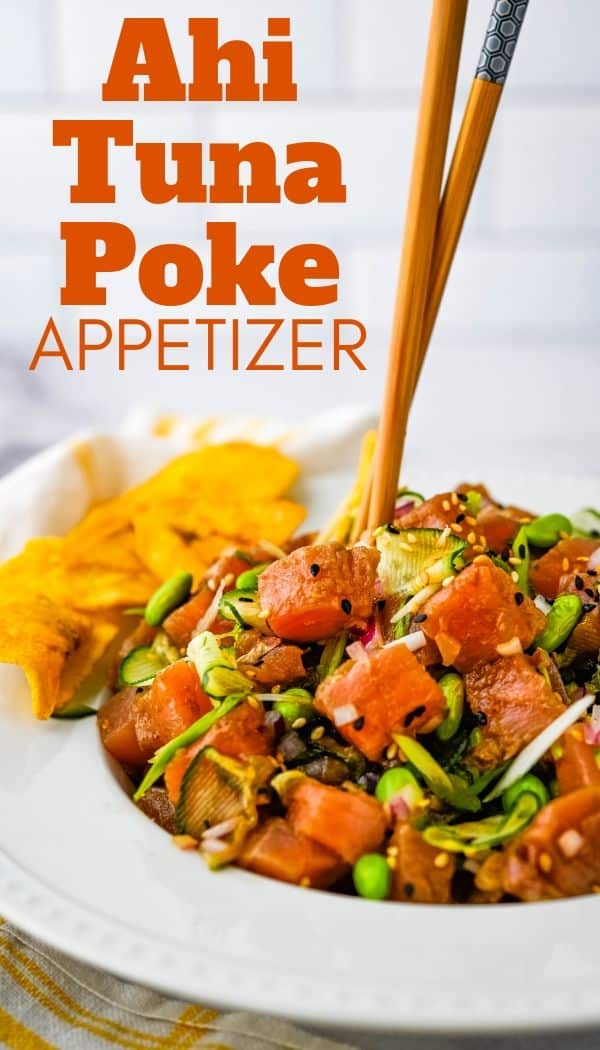