Southerners hold fast to their annual New Year’s traditions especially when it comes to New Years recipes for dinner.  Hoppin John soup and slow cooked greens  in pot likker with a slice of cornbread for dipping is practically mandatory. Use your instant pot to save on cooking time for the black eyed peas. 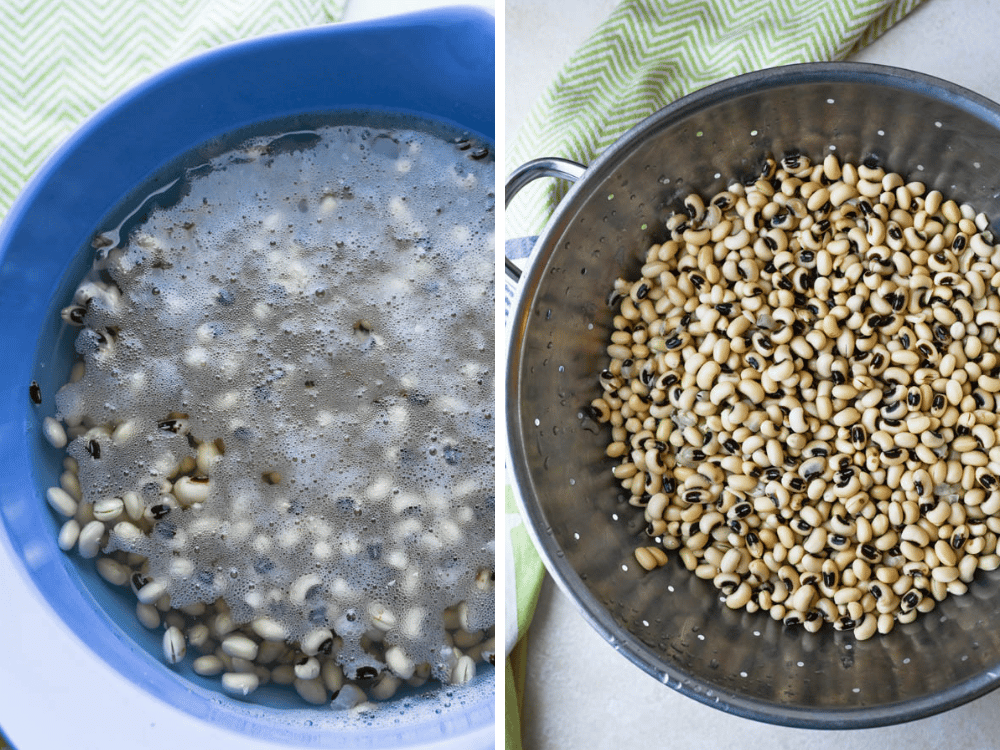 On New Year’s Day the world over has its traditions/superstitions about bringing luck, health, and wealth in the coming 12  months.

Beans and Legumes  – A  favorite because they look like little coins  – money!

Greens (collards, mustard greens, kale) are favorites because they represent greenbacks — or BIGGER $$$.

Pork – Back in the day the term “living high on the hog” meant you were getting the choice cuts of meat from the upper portion of the pig (rib chops, tenderloin, loin chops) and were only affordable to the wealthy.  Nowadays, we all appreciate the cuts from the lower half of the pig as well (hello, bacon) and anything pork is indicative of prosperity in the New Year.

Hoppin John is a happy amalgam of all of these traditions (though the greens are served on the side — recipe to come). I’ve made this dish for years and although this is my traditional Hoppin’ John recipe, I’ve recently received an Instant Pot and this recipe is adapted for it. With a few adjustments, it’s an easy swap. 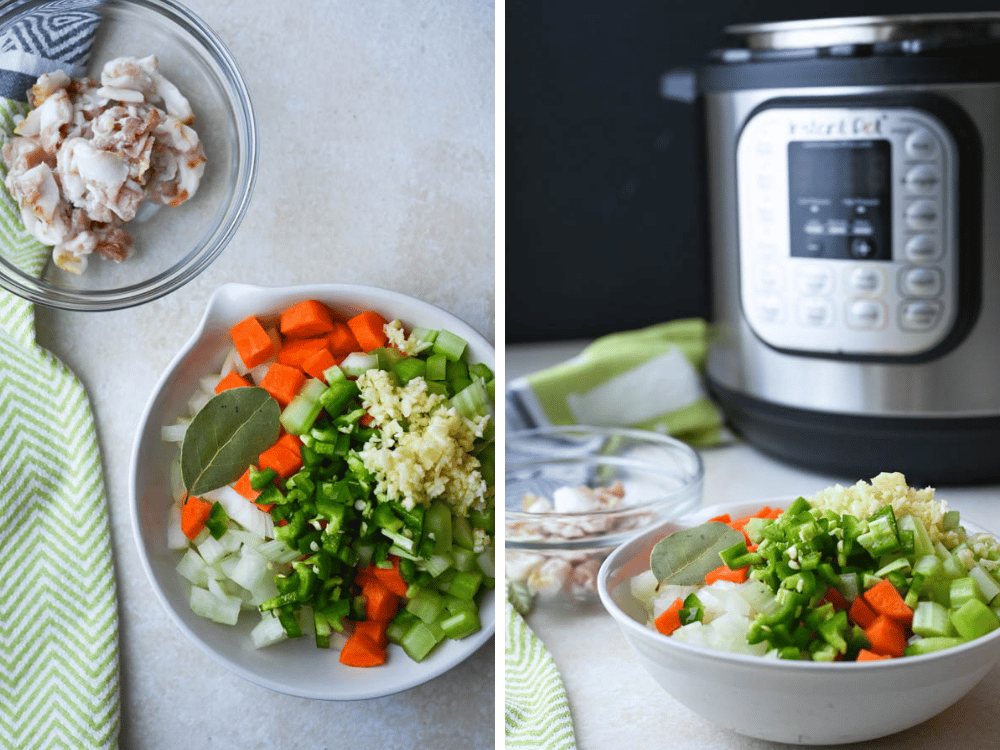 Hoppin’ John is traditionally  a cross between a soup and a stew — though in this recipe using the Instant Pot — it definitely steps into soup territory. In the Instant pot, you want to cover the beans with liquid and it takes about 4 cups to do it. Watch this video to see how easy it really is. 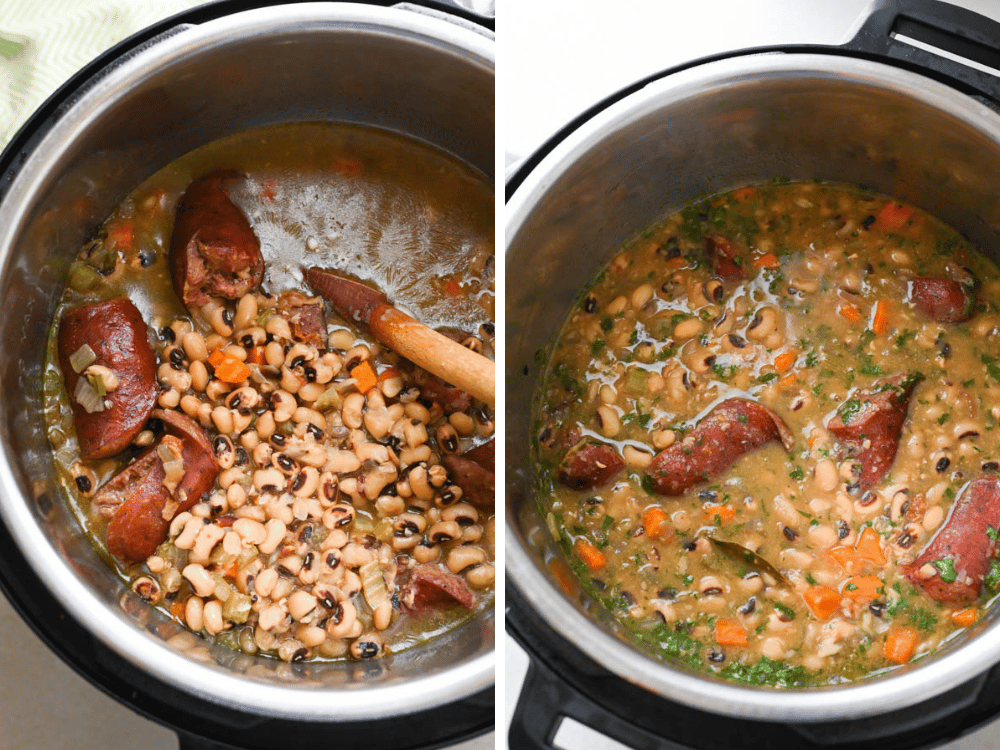 The sausages may burst under the intense pressure from the cooking process, which is why you’ll want to cut them into chunks before adding them to the Hoppin’ John soup. Add the chopped cilantro after cooking to brighten up the flavors. 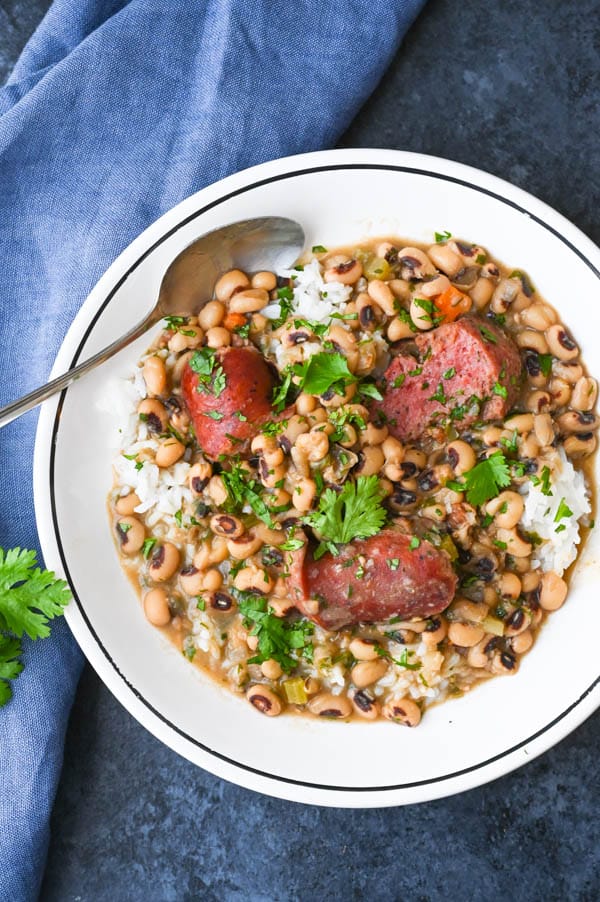 This is a New Year’s recipe for dinner that everyone will get behind. Traditional Hoppin’ John soup is warm, meaty, and melt in your mouth good. Serve it with cooked white rice a side of greens and your favorite cornbread. Happy New Year! 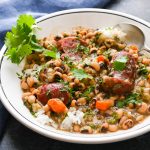 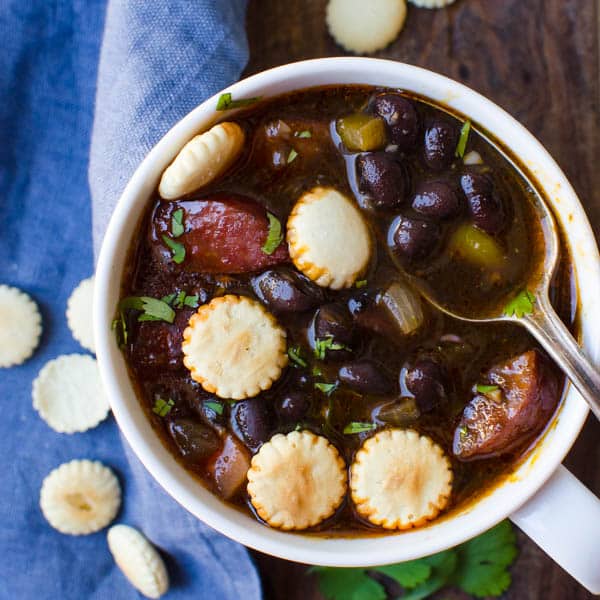