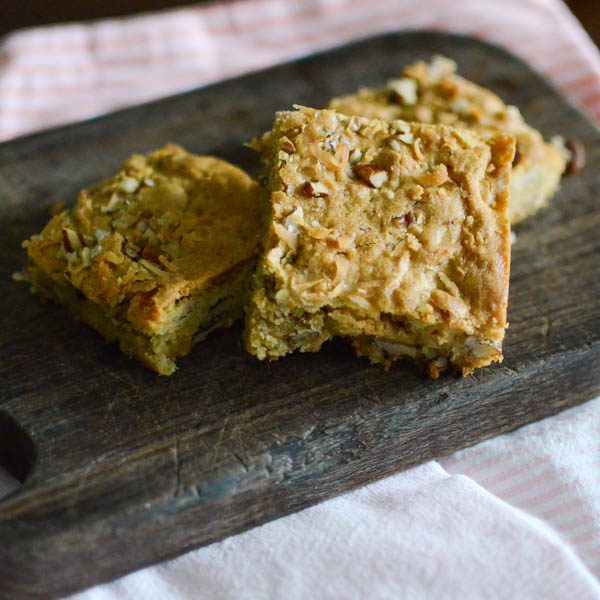 It’s National Blondie Day.  No, I’m not making it up.  Seriously.  It is.  To commemorate and because you absolutely have to try these Coconut Pecan Blondies, I wanted to share the recipe with you. 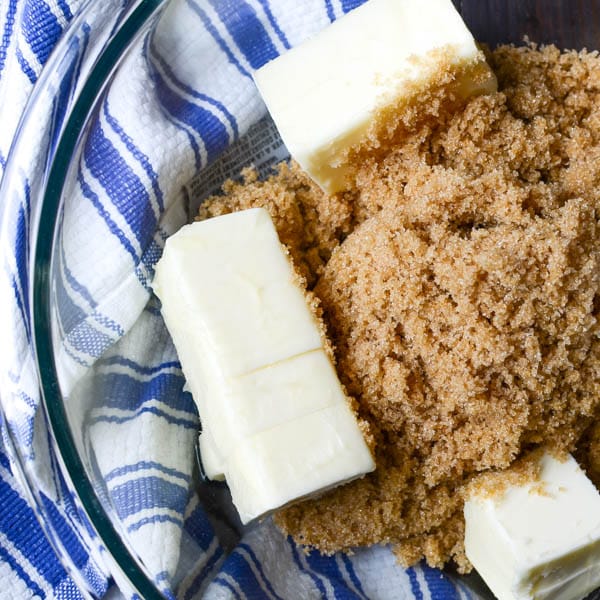 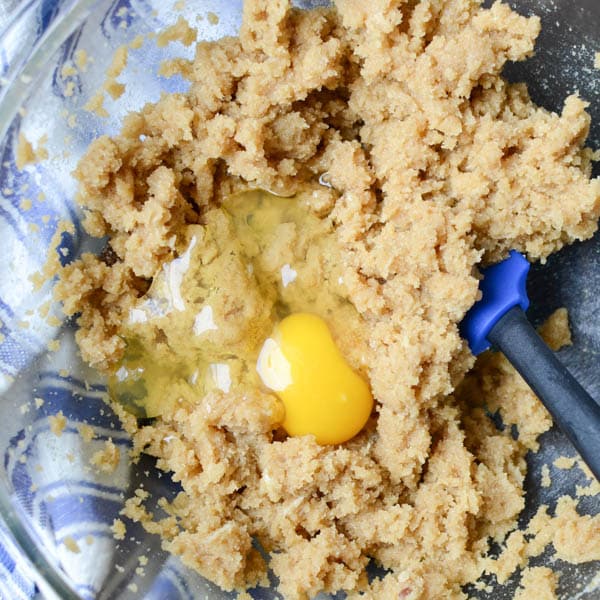 Frankly, I got into a little trouble making these.  Not because they’re difficult — they’re actually pretty straightforward.  No, I’m in trouble because Scott’s resistance wanes when there are snack-y things in the house.  So I made them with the caveat that we would try one or two (for quality control) and my grandparents would receive a care package. 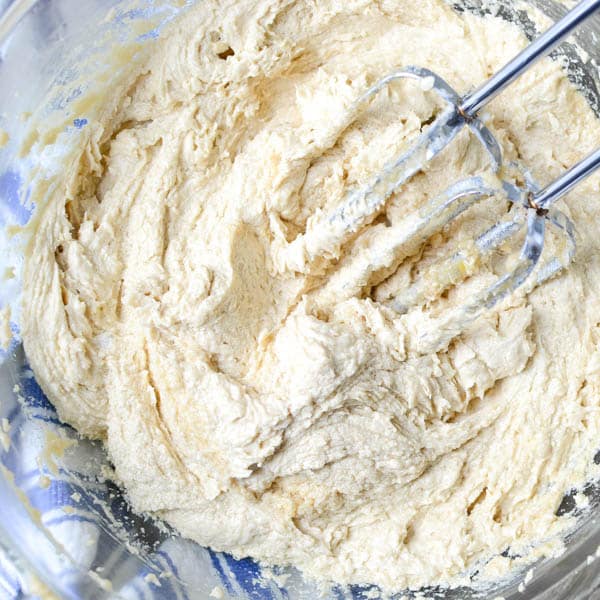 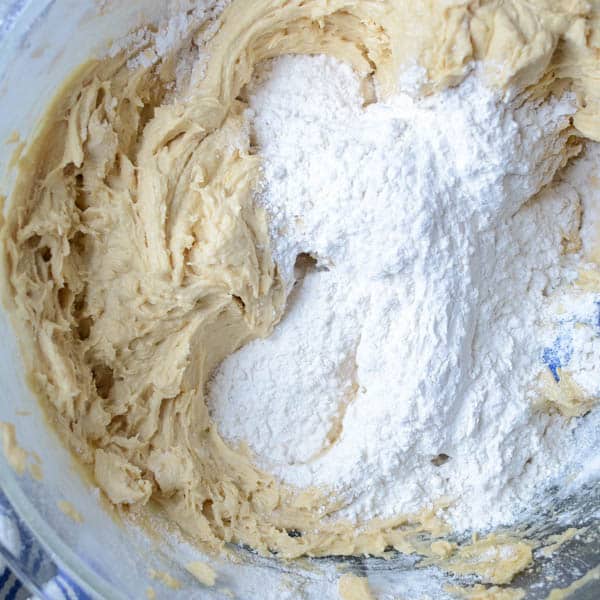 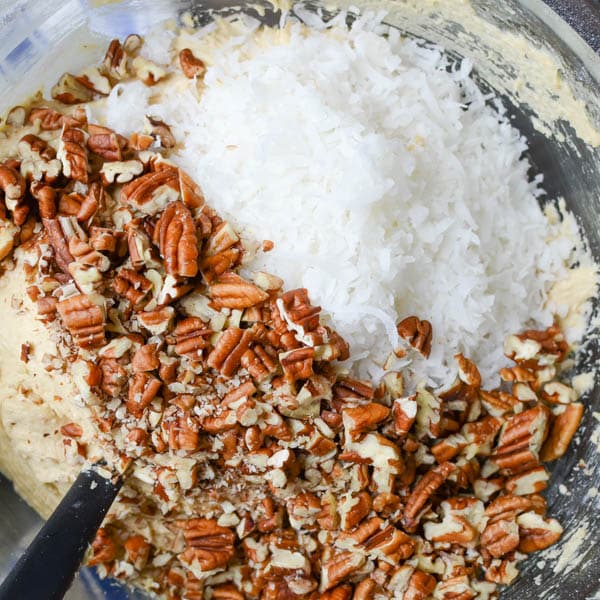 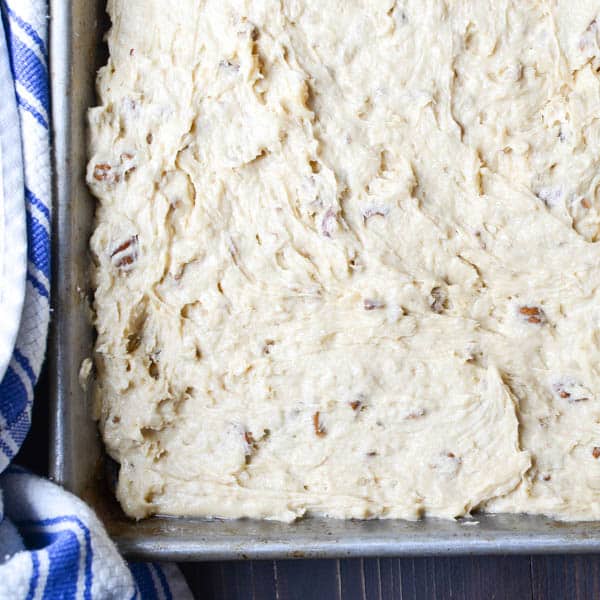 I didn’t mention my sprinkle of sea salt to Scott, but he noticed it and immediately went back for more.  Again… and again.  They are dangerously addictive. 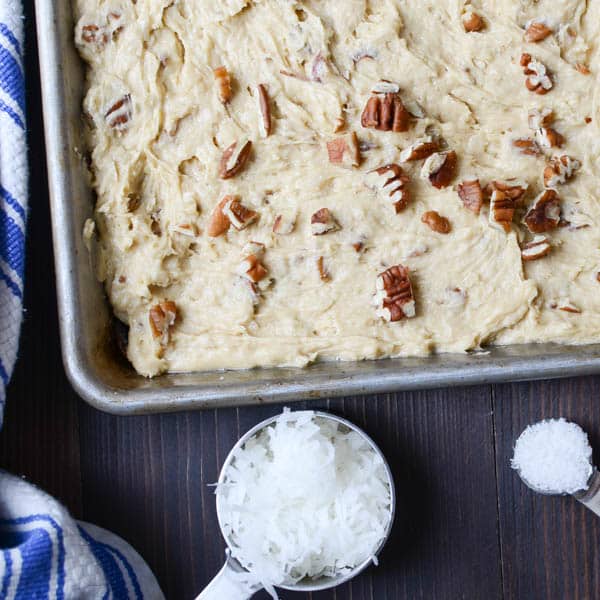 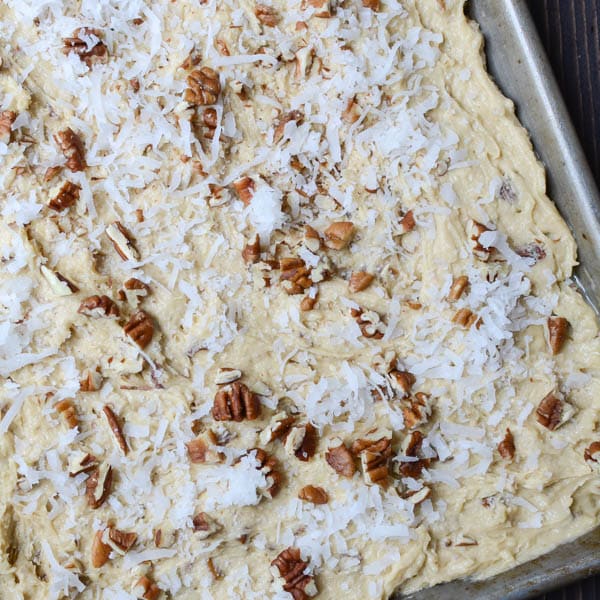 There’s a few  bars left and I was going to wrap them up for my grandparents, but I don’t think that’s going to happen.  Guess I’ll have to make a separate batch just for them. 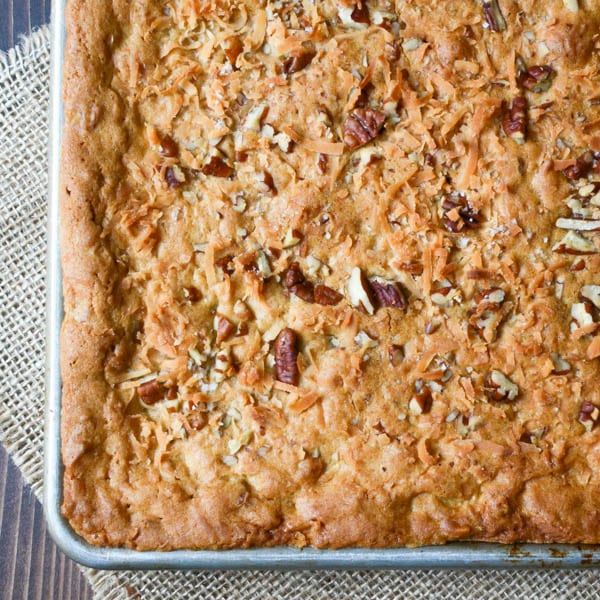 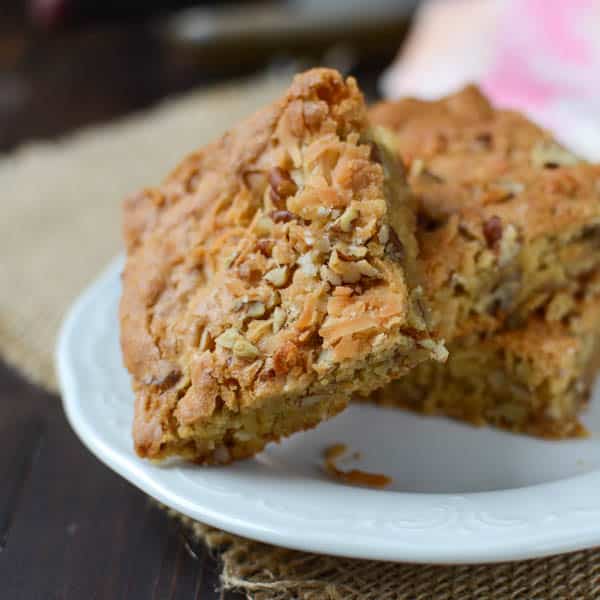 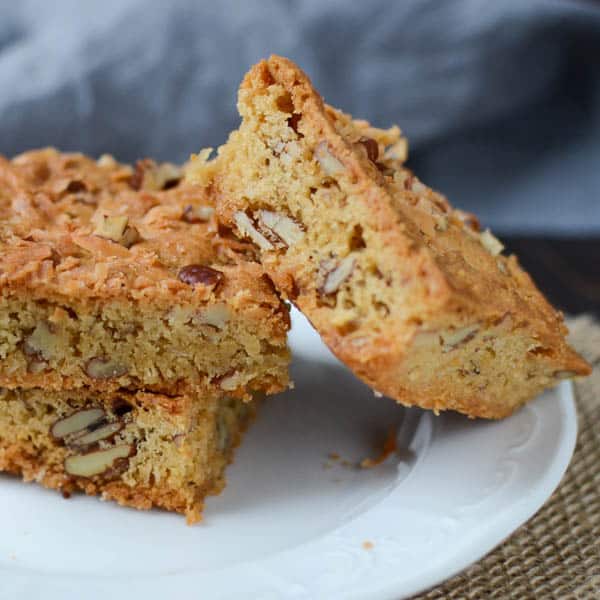 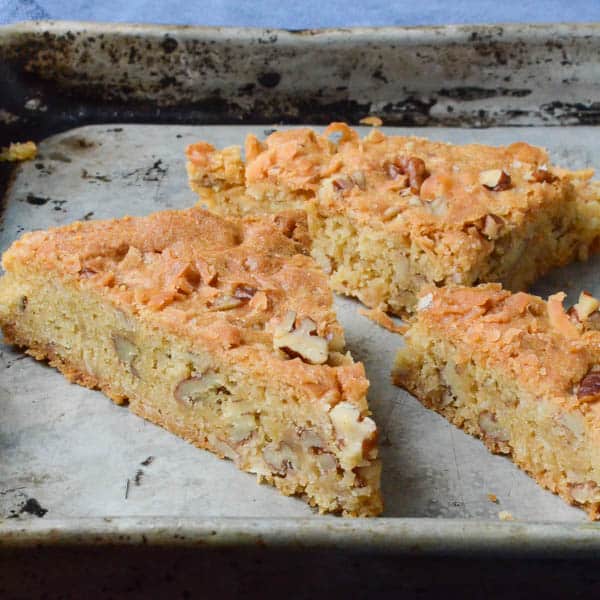 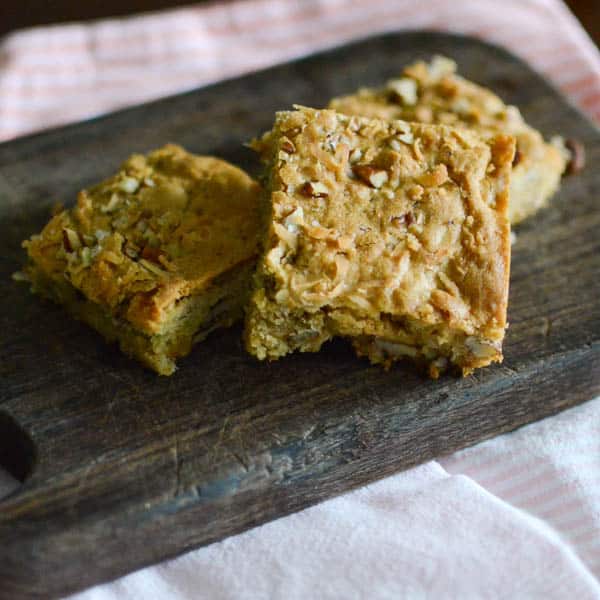 Substitute chocolate, peanut butter or toffee chips for the coconut. Substitute almonds, macadamias or walnuts for the pecans. 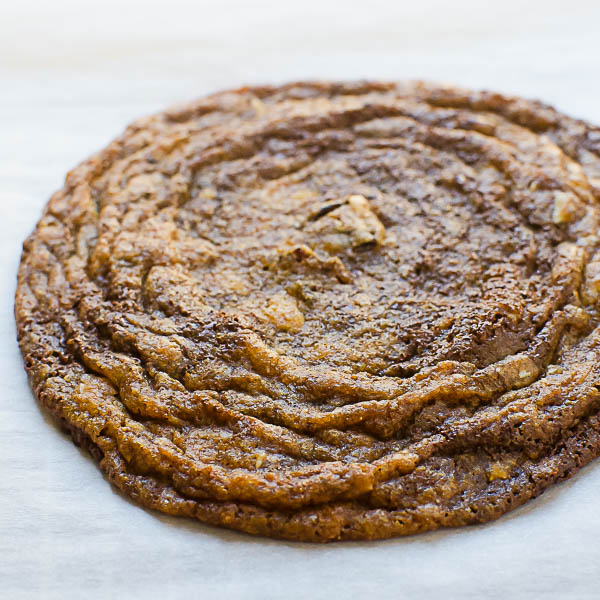 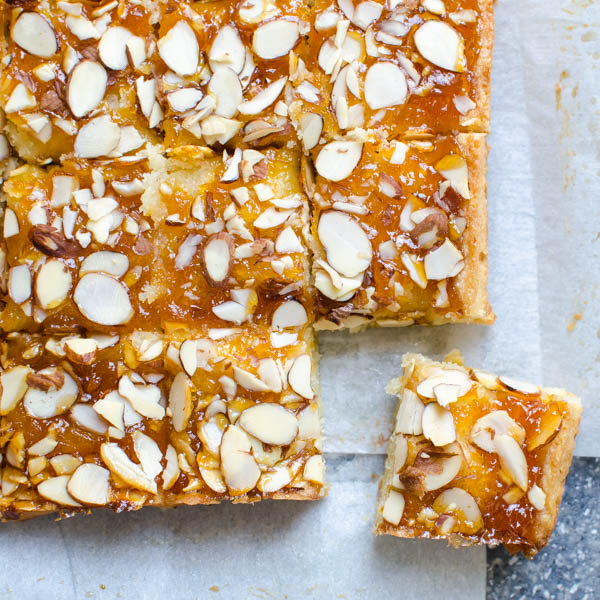 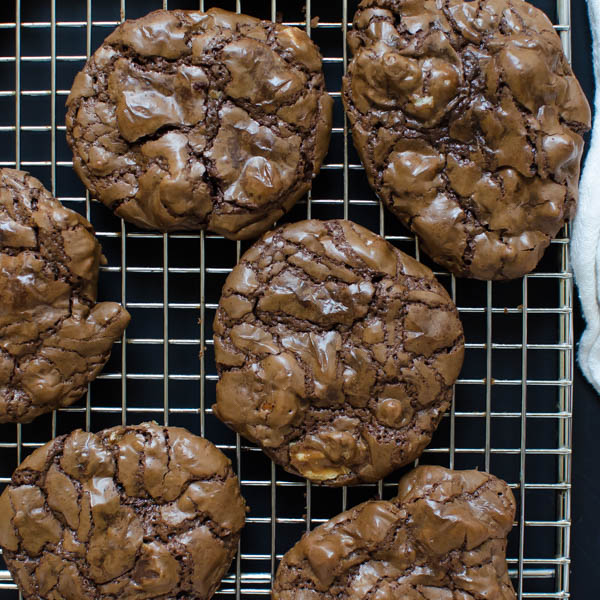