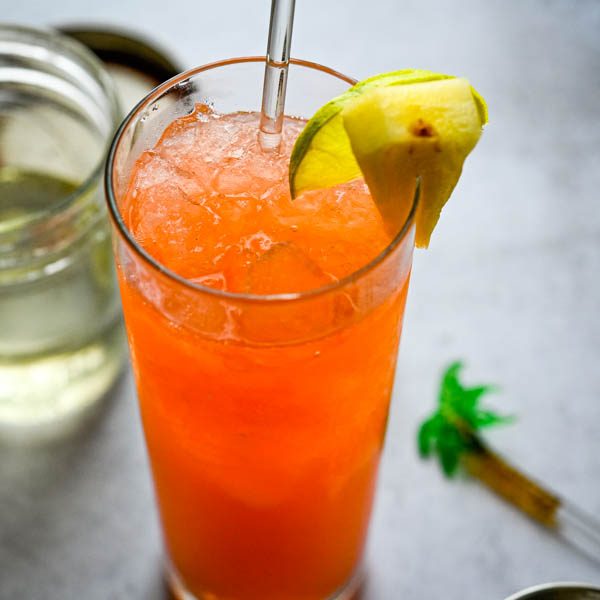 Love tropical rum drinks? This classic Caribbean rum punch recipe is light, refreshing and tastes like an island vacation. Many fruity rum drinks can be saccharine sweet, but this Planter’s Punch is the perfect balance of sweet, tart and RUM. Stock up on these Planters punch ingredients, so you can sip this quenching cocktail all summer long. 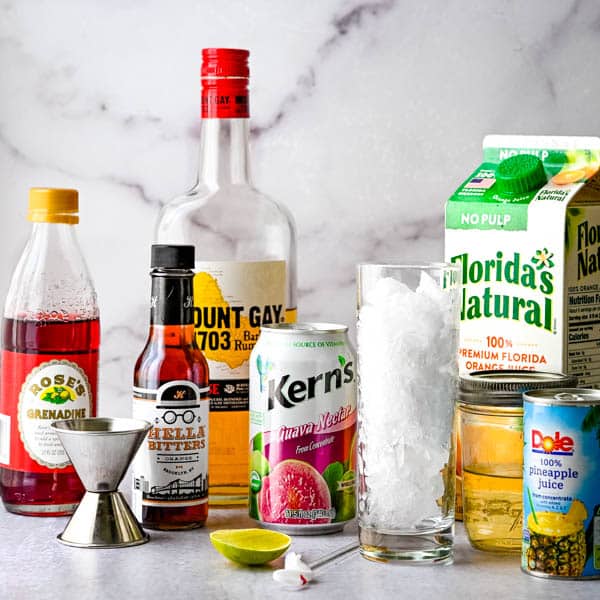 We’ve all had them — those sicky-sweet, fruity rum drinks made from Hawaiian Punch and REALLY cheap liquor. That might have been ok when you were 21 and just happy to be old enough to “legally” drink tropical rum drinks… but we’re past that now, right? Now we want actual fruit juice in our cocktails. And while I won’t insist on the finest Rhum Agricole for this Planter’s Punch, you’ll want to take it a notch or two above fire-water.

Allspice dram is a potent, Caribbean spice-infused liquor that’s used widely in Tiki drinks as well as other, more traditional cocktails. You only need a very small amount in any drink, otherwise, it can overpower. Allspice dram isn’t always readily available at the liquor store, however, it’s not hard to make with a few whole spices, but it does take a while to fully develop. Once you’ve got some on hand, it’s as easy as measuring.  Try this Allspice Dram recipe from my friends, Leah and Jay at The Gastronom Blog. 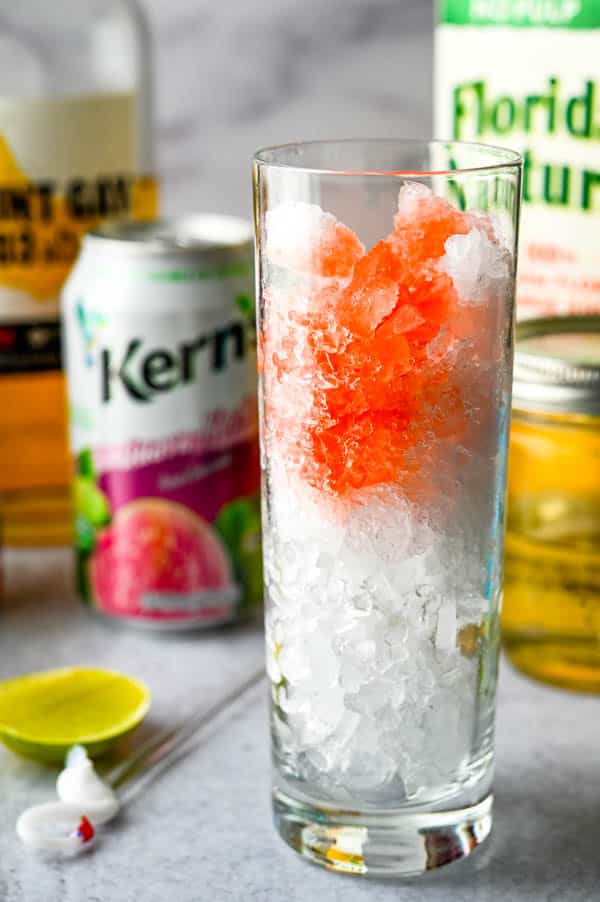 There are two ways to make these tropical rum drinks. By the glass and by the pitcher. No judgement here, either way… In the photos I’m showing you by the glass — but for my Dad, who serves these amazing fruity rum drinks when his friends visit him in the Florida Keys, it’s more practical to make up a pitcher full of Planter’s Punch ingredients earlier in the day. That way, he can easily refill his guests glasses, without further measuring and generally mucking up my Mom’s counter top. {I’ve included pitcher measurements in the recipe card.} 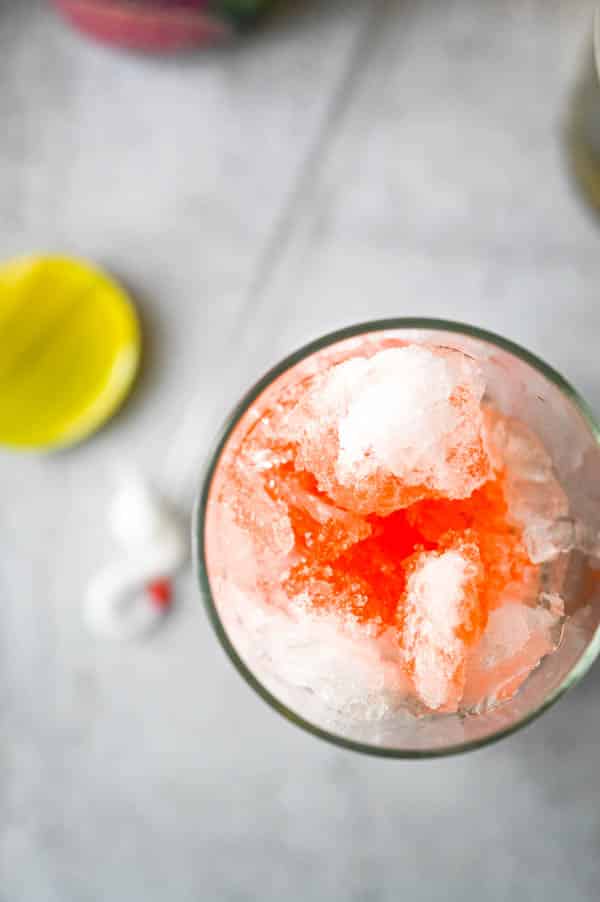 Planter’s Punch Runs In The Family

My grandfather used to make his own version of this Planter’s punch recipe for me when I visited him just out of college. He never had all of the juices on hand and usually my fruity cocktail ended up being little more than rum, orange juice and grenadine. However, to my then 20-something self, those tropical rum drinks were a bit of paradise.

Although the 20-somethings may not mind, my advice to you is to stock up on a few cans of pineapple and guava juice, so you’re never caught flat-footed. 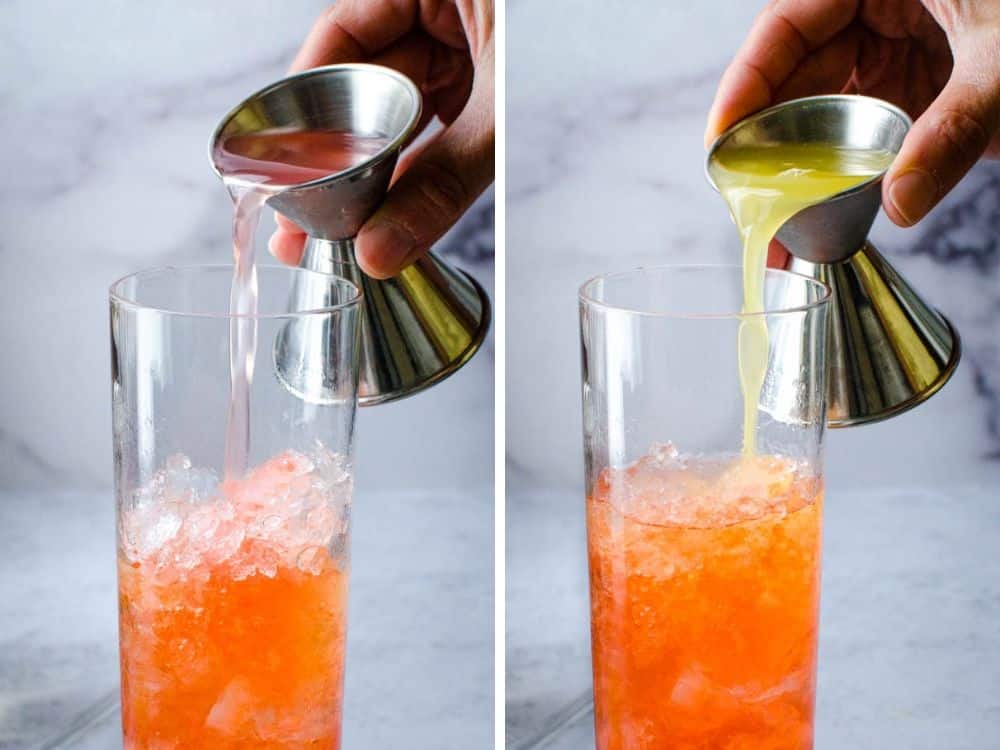 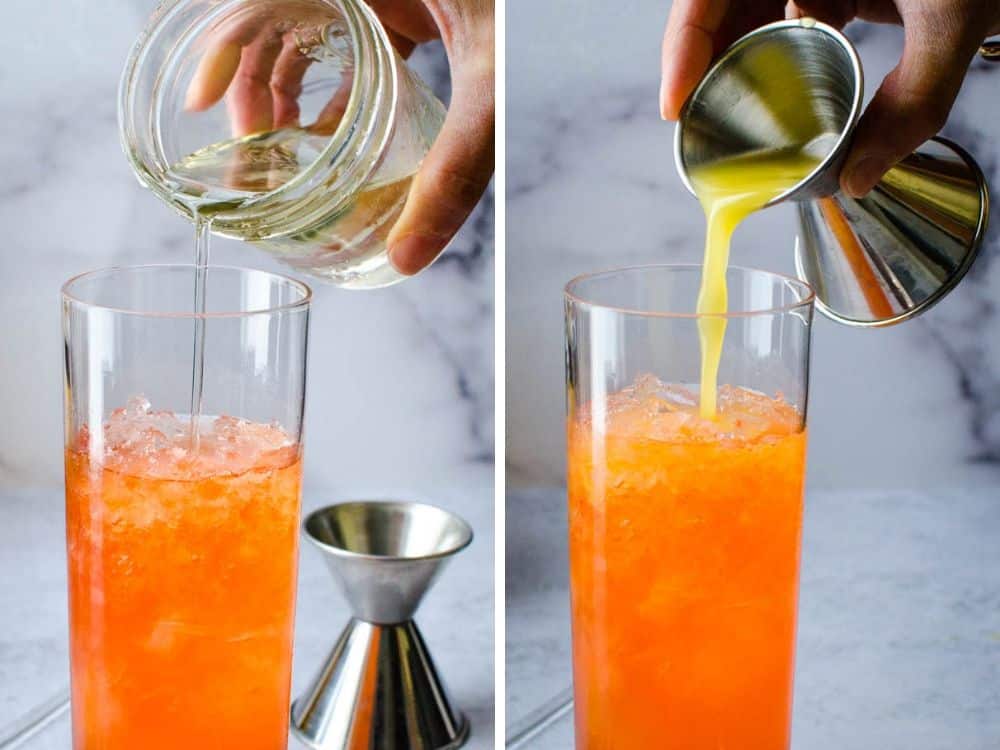 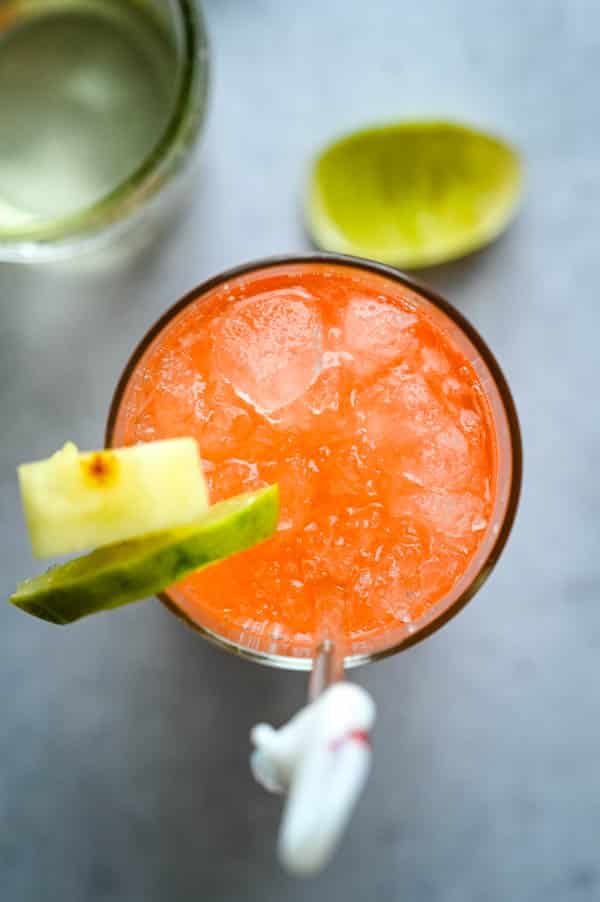 Let’s just bask in this, shall we? Look at that rosy blush. The icy, tropical blend. And aren’t those cocktail stirrers the CUTEST? Whether you’re spending your summer land-locked in the city with your fan on “high,”  lounging in a rocking chair on your back porch or with your feet planted firmly in the sand, I think we can all agree that THIS is what we want in our glass. Close your eyes and you can almost hear the steel drum band…

Snacks To Go With Planter’s Punch: 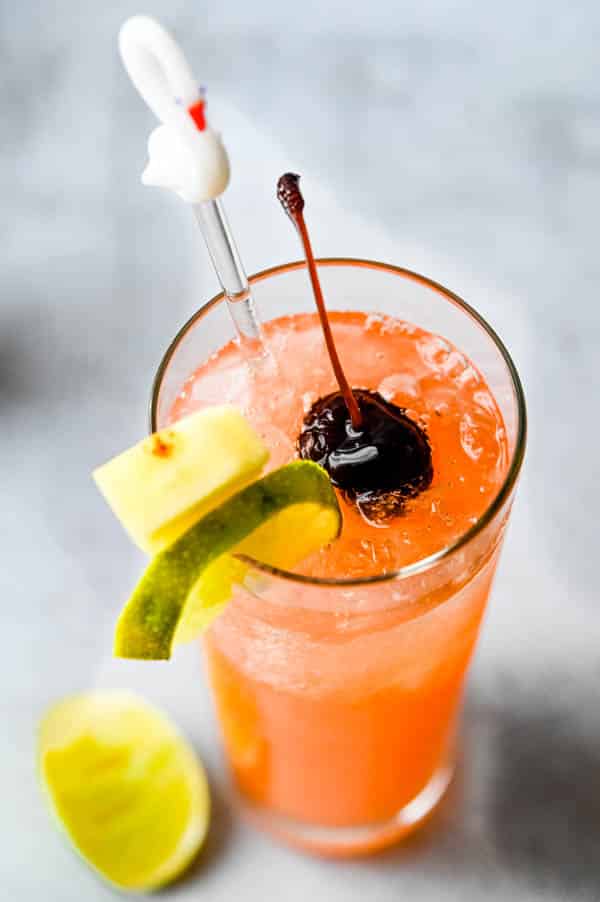 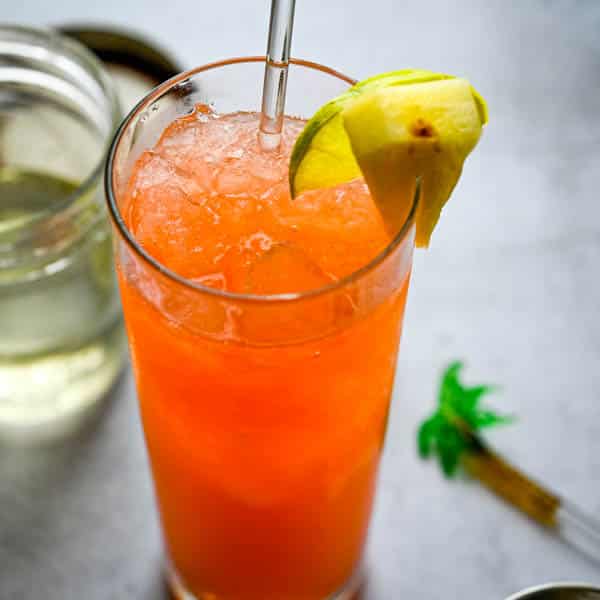 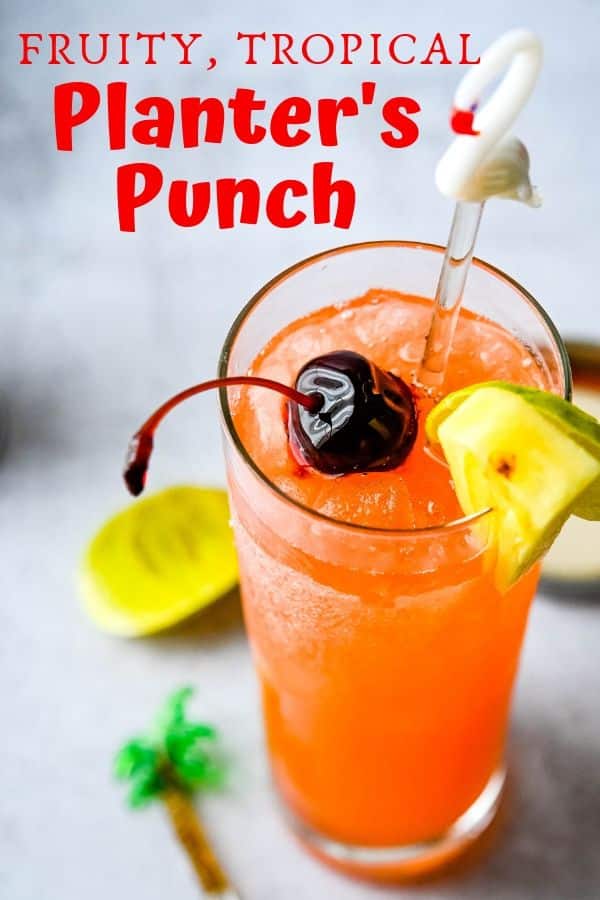