Have you ever had Colcannon?  It’s a typical Irish dish of mashed potatoes and kale or cabbage, combined into a stick-to-your-ribs side dish.  Some versions add ham, some bacon and virtually all of them require multiple pots, pans and casserole dishes. 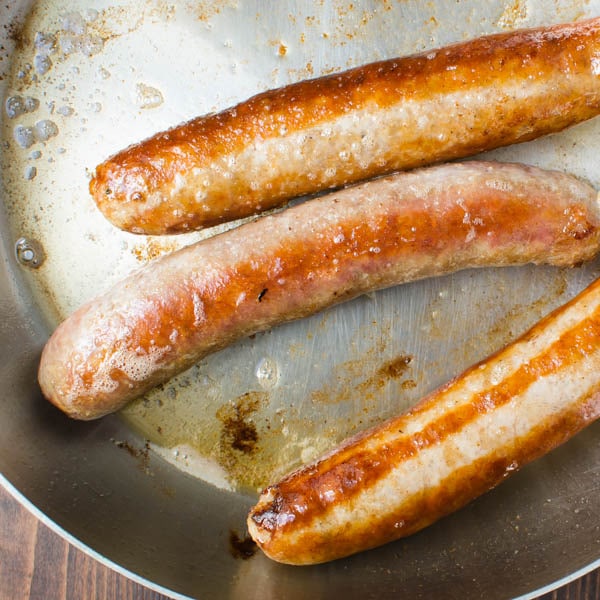 Call me lazy, but for a midweek dinner (even St. Patty’s Day), I want something that doesn’t require an hour of washing dishes afterwards.  Something like this Irish Banger Skillet. 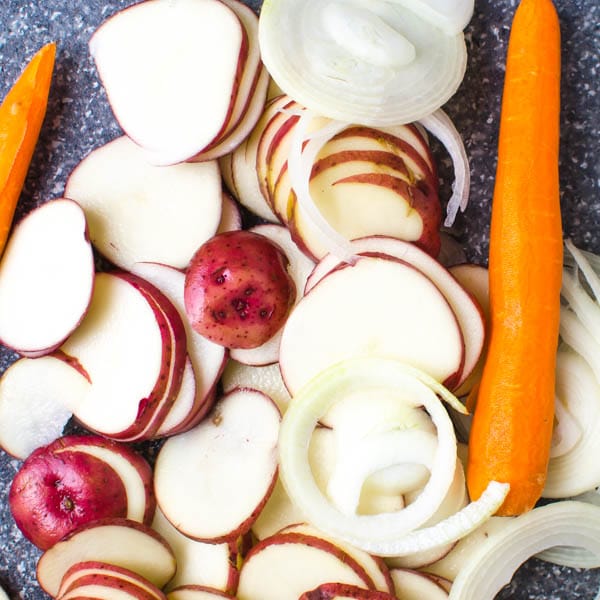 I played with several iterations  before finally coming up with this simple skillet dinner that highlights all of those flavors intrinsic to traditional Colcannon. 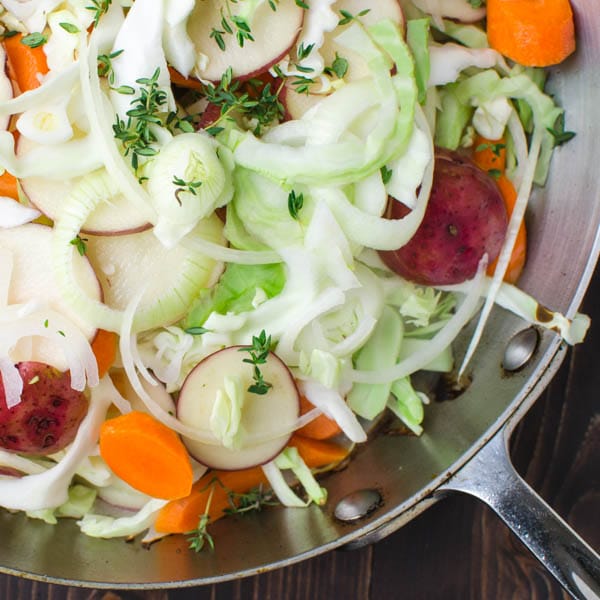 Instead of stopping at a side dish,  I made it a meal with Irish Banger Sausages.  And the entire thing is made in one skillet.  Yes.  One. 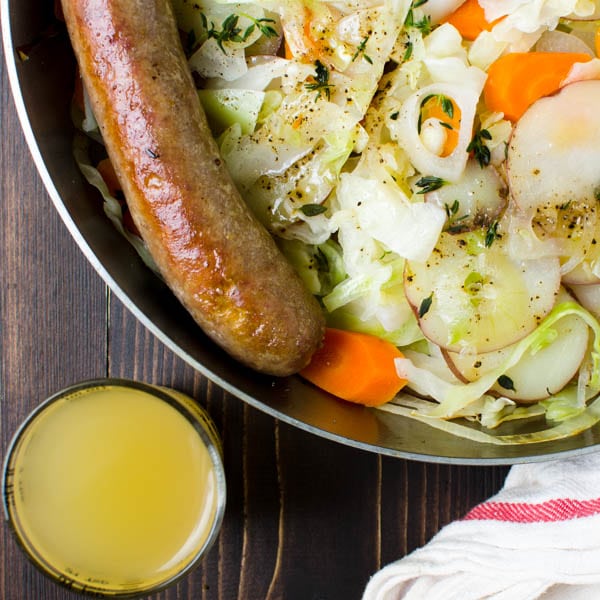 A quick stovetop  wonder that’s easily do-able on a weeknight, with soulful slices of red potato, shreds of cabbage, chunks of carrot and savory, meaty sausage. 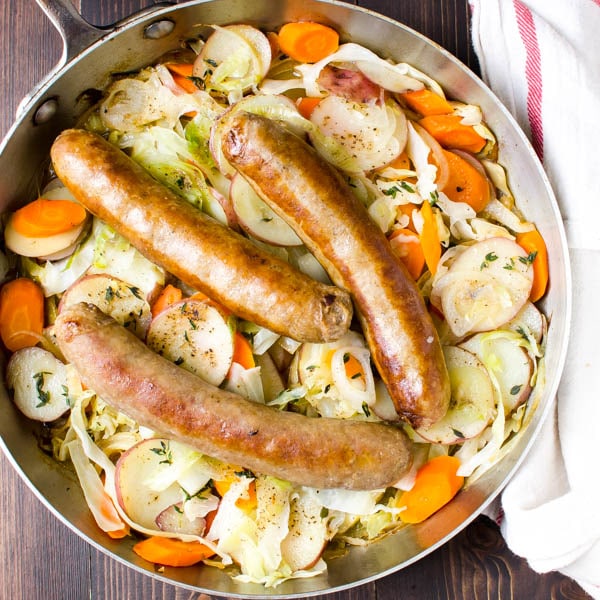 It’s so good and so simple, you won’t want to save it for St. Patty’s Day – this will become one of your weekly standards. 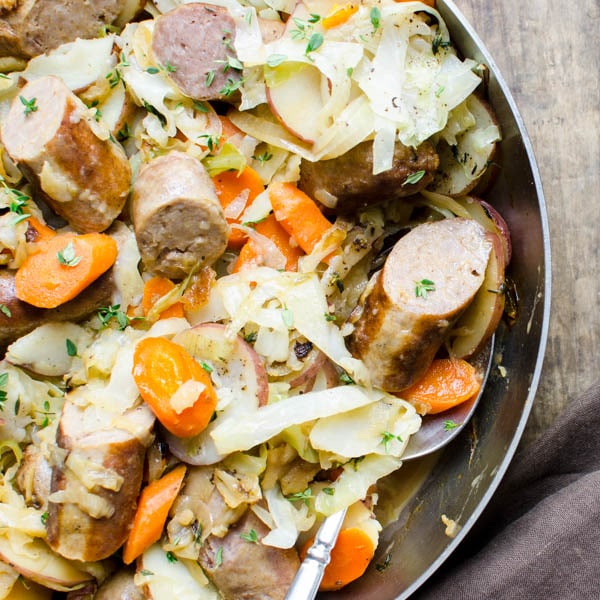 Now because this is a one skillet meal, it’s not necessarily the prettiest thing, but let me say that what it lacks in  presentation, it more than makes up for in flavor. 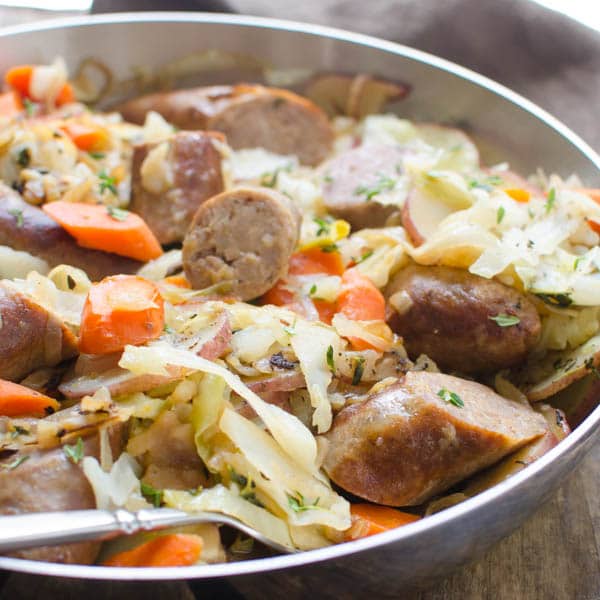 Scott went back three more times and was practically scraping the bits from the bottom of the pan.    No leftovers here. 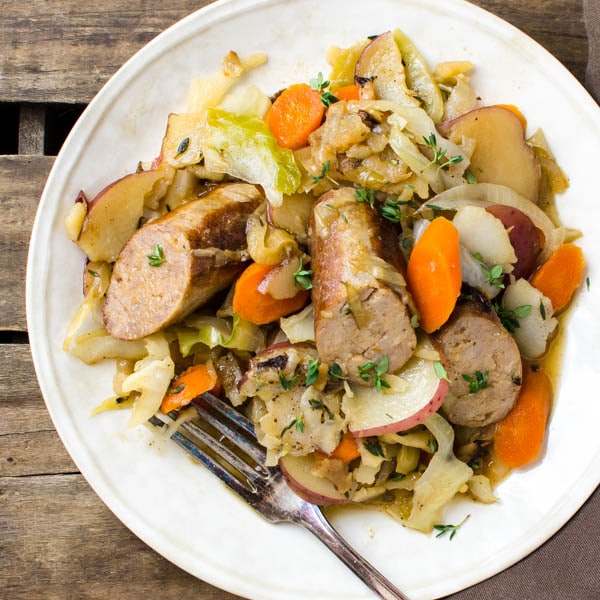 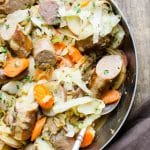 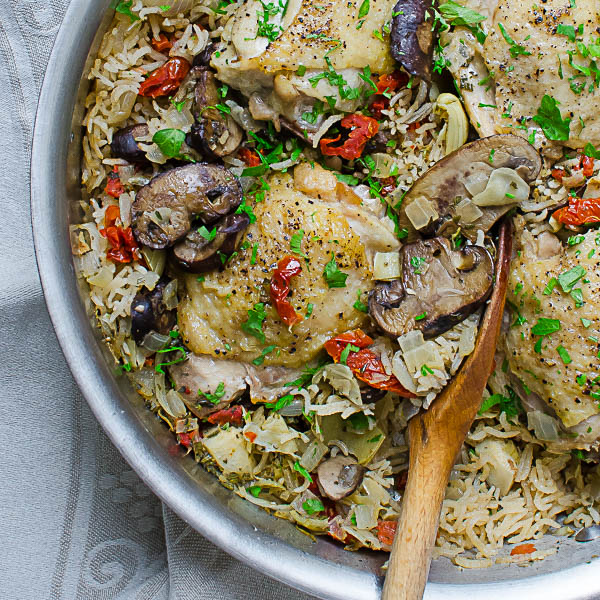 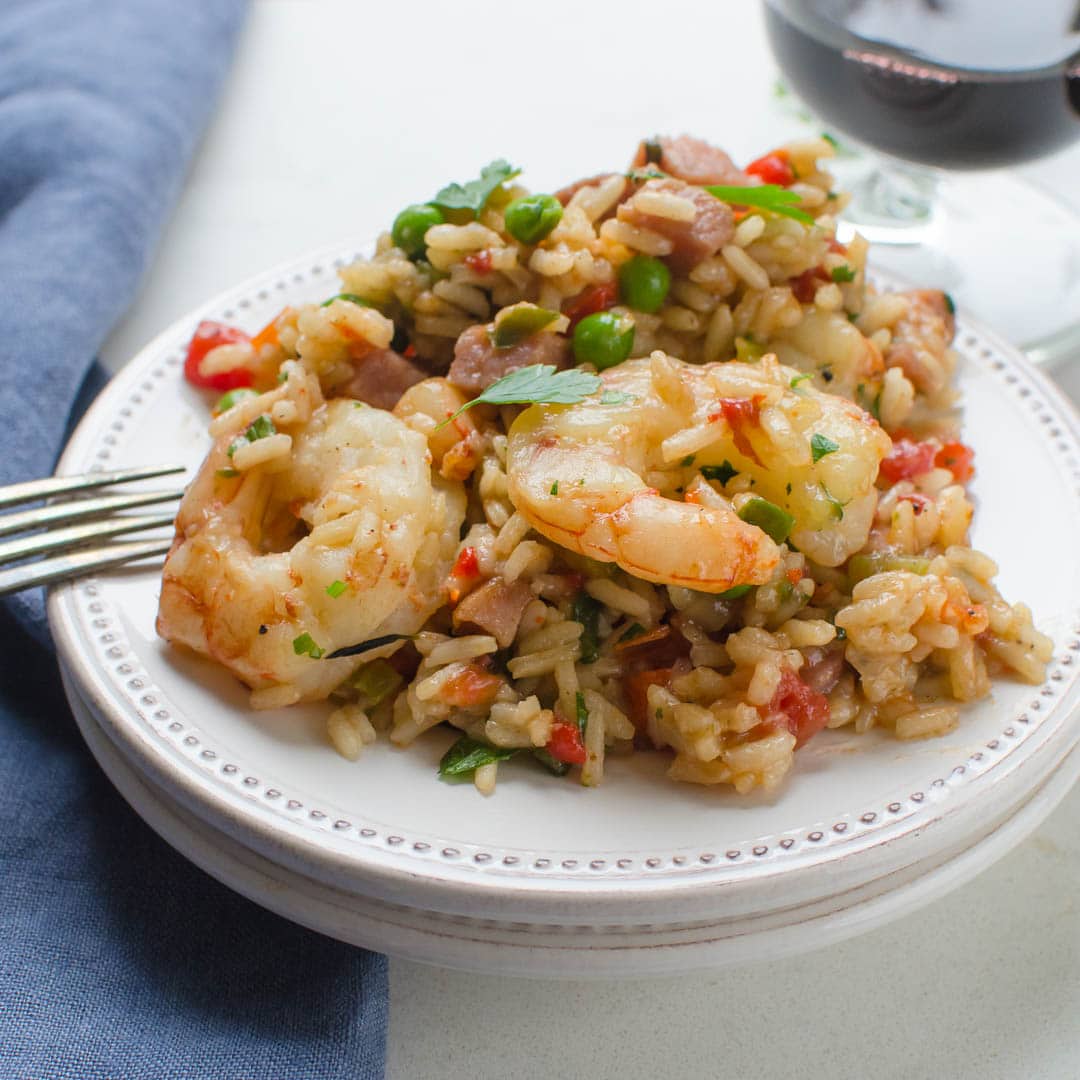 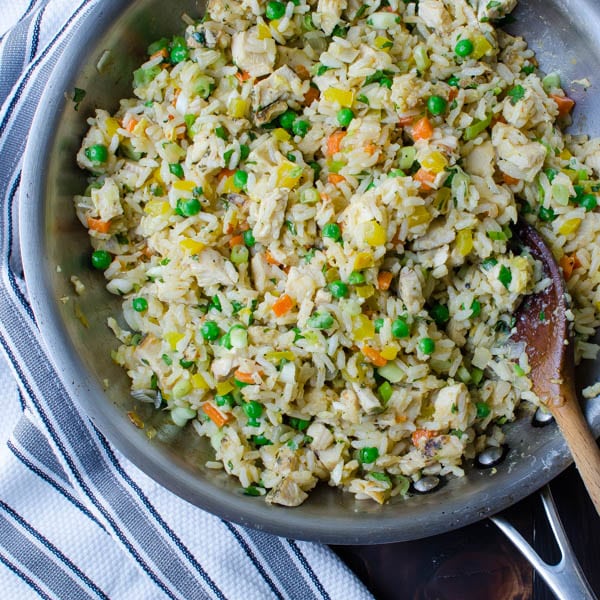