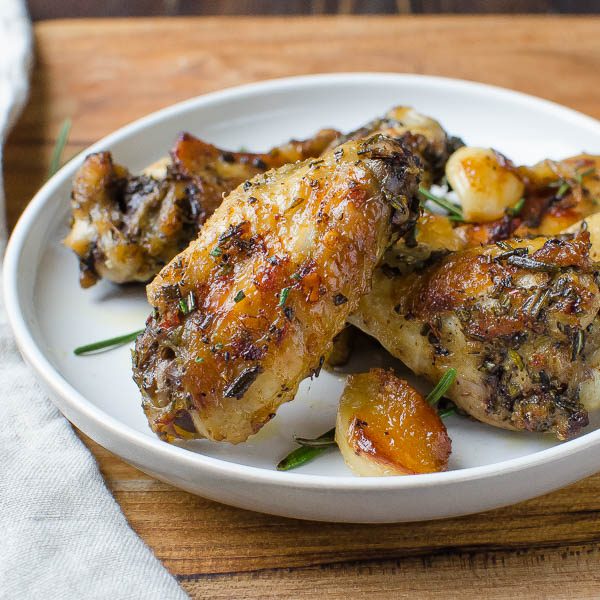 Up until a few years ago, my experience with chicken wings was limited.  Yes, I’d had those famous buffalo-style wings and while they weren’t bad, they definitely weren’t something I craved and certainly nothing I would go out of my way for.  My daughter on the other hand, loves them.  And Scott naturally associates “wings” with “football” as in “let’s watch the game and eat some wings!”   I was the lone dissenter.  Actually, not a dissenter, but more of a meh – whatever, take-em or leave-em shrug.  In the spirit of “if you can’t beat ’em…”  I challenged myself to make a better wing.  One that even I wanted to eat! 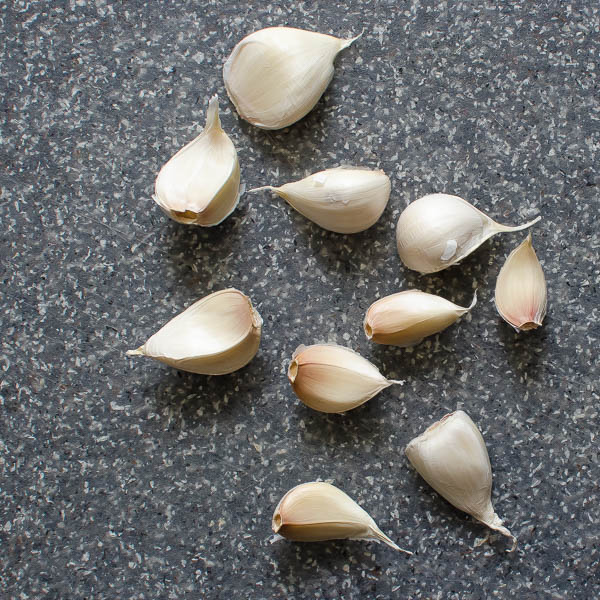 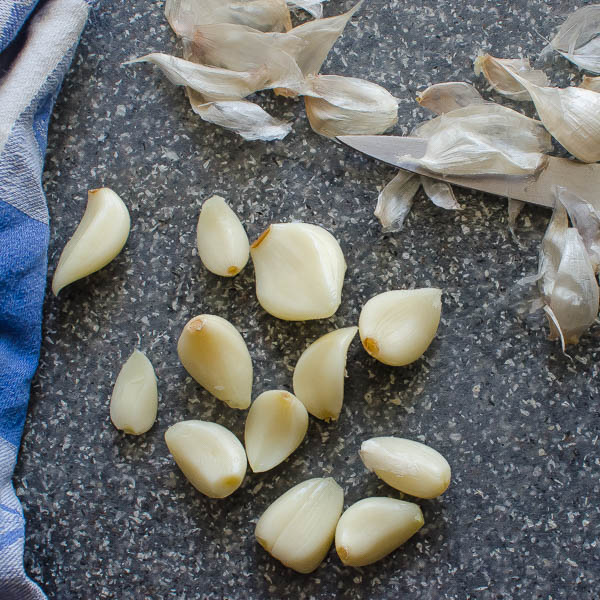 Last year, we worked on these Hatch Chile wings – which my official tasters gobbled up.  Then I went on an asian-flavor kick and made these wings that smacked you upside the head with a tangy, sweet, spicy glaze.  Ok, I REALLY liked those!  This time, I was trying to recreate some wings that I’d tasted a few years ago at the Boca Burger Battle.  (I know — WINGS at a BURGER BATTLE???) — BUT both Scott and I agreed, these wings were better than any of the burgers! 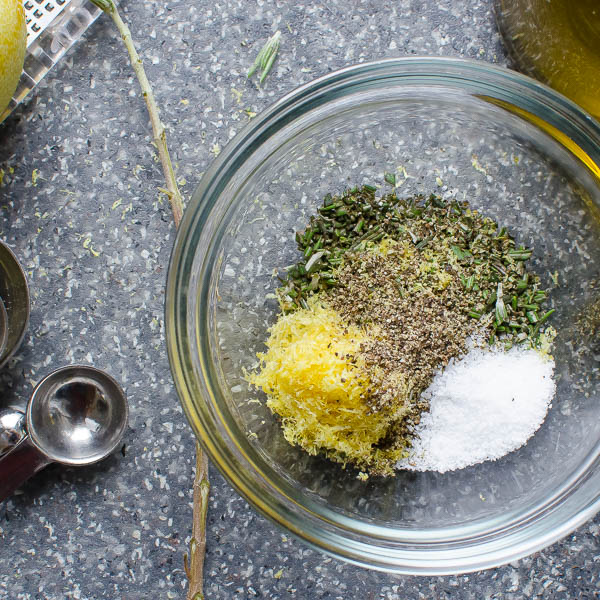 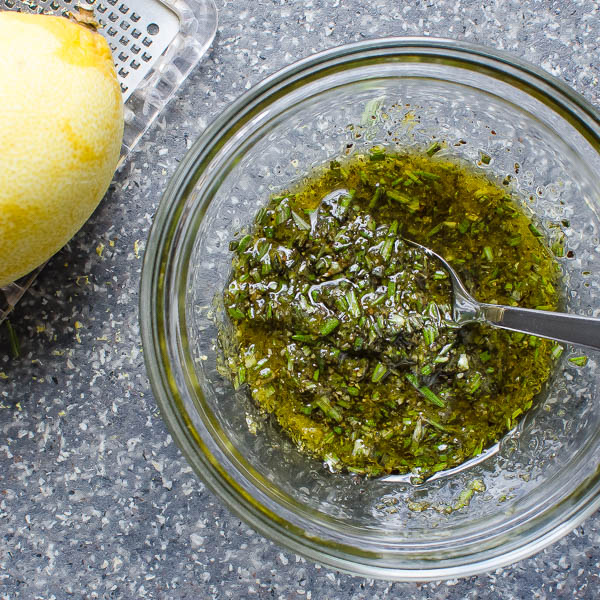 With rosemary, garlic and spice, they had a bold flavor that kept us coming back.  The wings were served with tender caramelized onions and whole roasted garlic cloves.  (sigh!!)

Of course, the restaurant serving them had a wood burning oven.  I do not.  So my first challenge was “how” to cook them.  Grilling would make sense and maybe lend a little char.  Roasting on a rack in a very hot oven usually achieves a crispy result.  But there were those onions and garlic cloves….  I settled on a cast iron skillet and a dual cooking method — stovetop and oven. 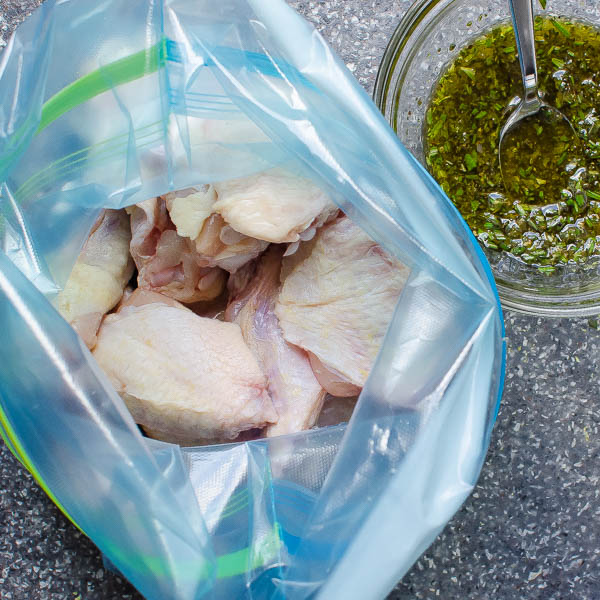 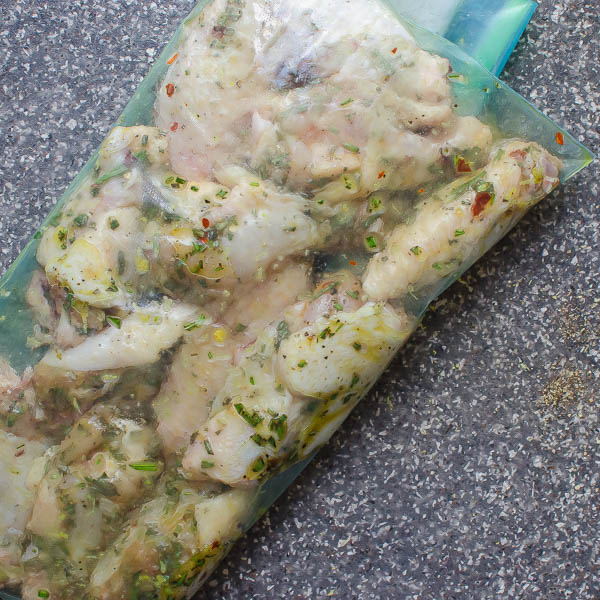 The marinade is pretty straight forward and includes a ton of fresh rosemary, some lemon zest, red pepper flakes and a healthy amount of salt and pepper.  I put the wings into the marinade the night before so that they could really absorb those flavors.  To take some of the pungency out of the garlic cloves, I blanched them first in some boiling water, then slipped off the skins and they were ready to be used.  I made these at the same time I was putting the marinade together and just stored them in a plastic baggie until I was ready to cook. 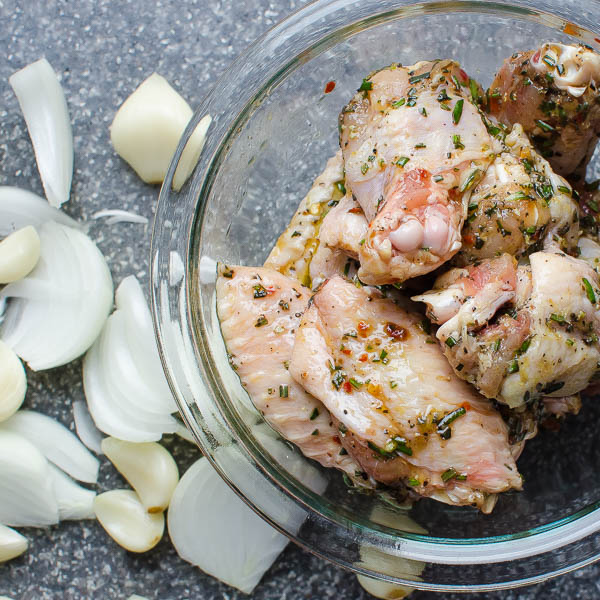 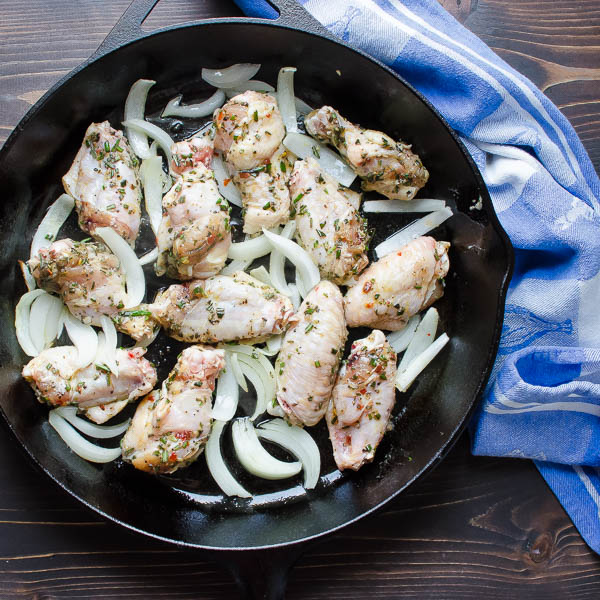 The next day, I set the skillet over the burner and turned it on medium high.  Cast iron holds the heat and sears anything it touches (including you — I used an oven-mitt)!    This stovetop method seared the chicken and started the browning/caramelizing on the onions.  I finished the cooking in a very hot oven! 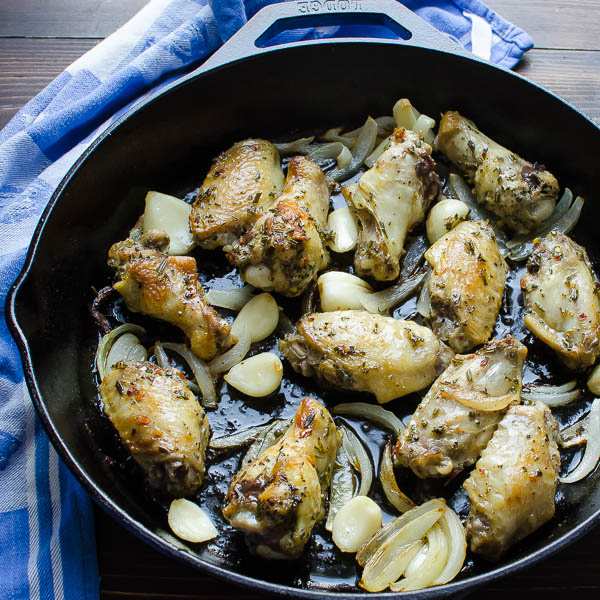 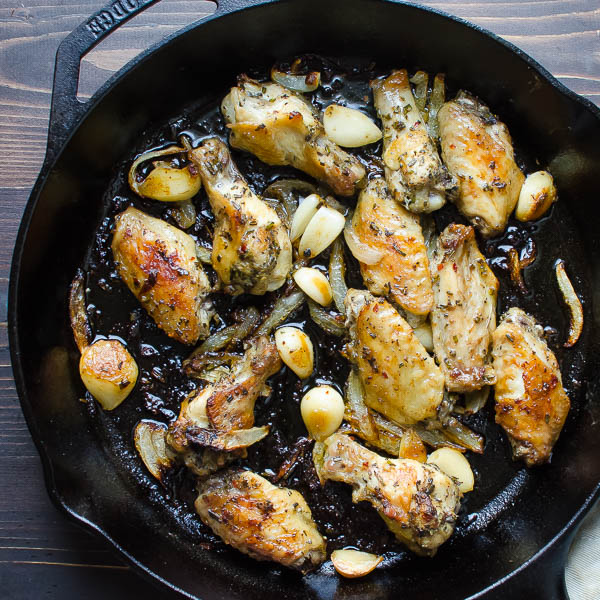 After about 10 minutes, I used a pair of tongs to flip the wings and give the onions a quick stir.   Flip the wings once or twice more during the cooking until they take on a glistening golden brown.   That’s it!  Transfer the wings to a platter, turn on the game and pass out the napkins.   You won’t have leftovers.  In fact, you may want to think about doubling or tripling this recipe.  I guess, maybe I am a wing-lover after all. 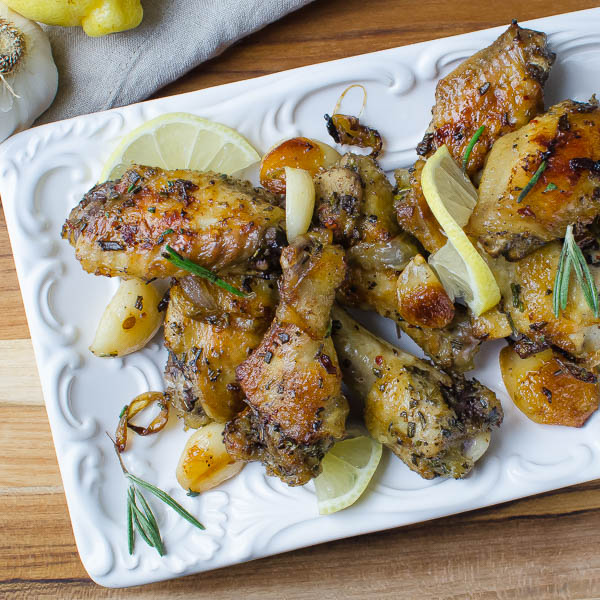 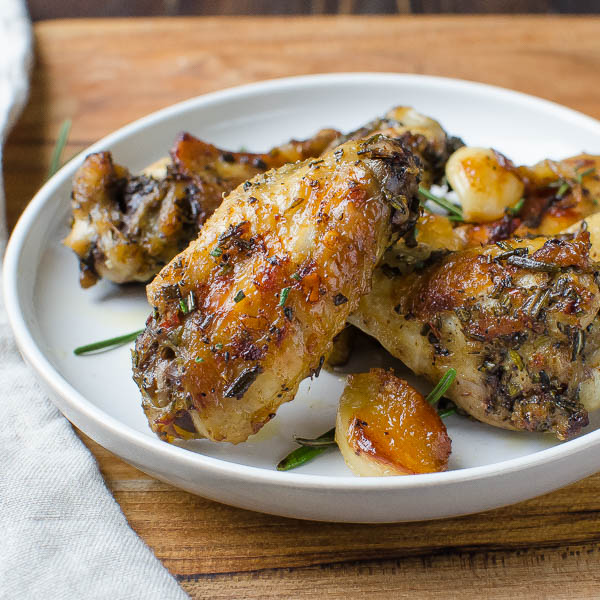 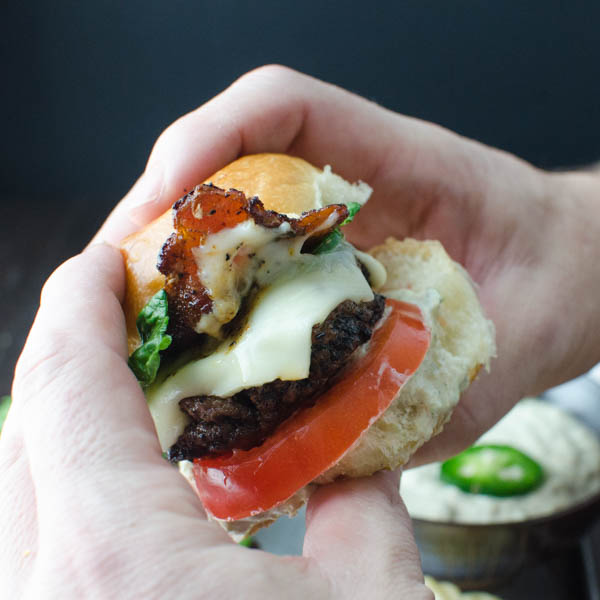