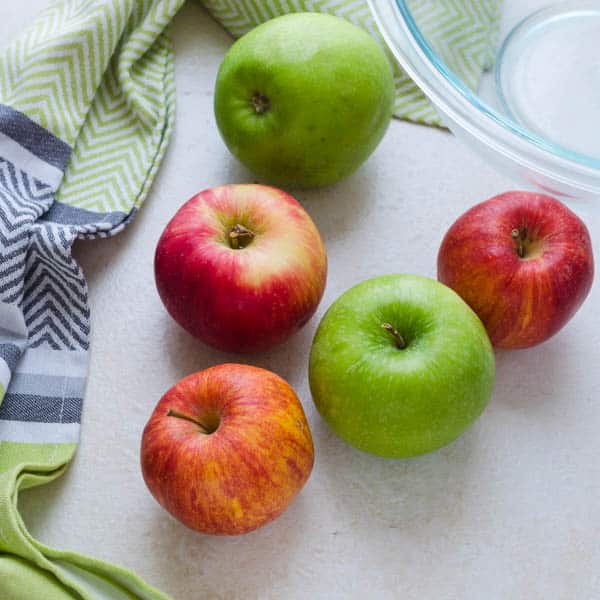 Originally published in 2013, this post has updated for photography.  You’re welcome.

Despite the fact that South Florida seldom drops into temperatures that require so much as a long sleeve shirt, if you’re a resident, there is still an intrinsic yearning to experience a change of seasons. In fact, on those rare occasions when we do shake off the humidity and “dip” into blue-jean weather, we (the hot, sweaty natives) milk it for all its worth! It hasn’t happened yet this season, so my reliable back up — is seasonal cooking.  Dishes that make me feel like I should be wearing a sweater,  like this baked apple dessert. It’s essentially a homemade apple crisp, on steroids. And this baked apple crisp with easy crumble topping is ready in about an hour. 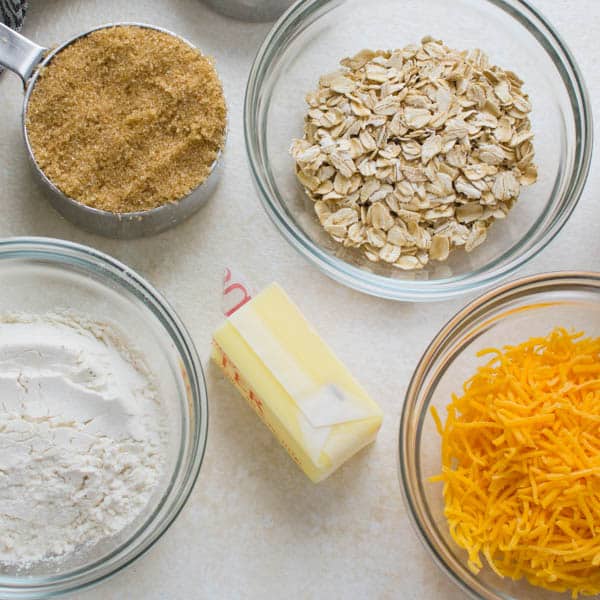 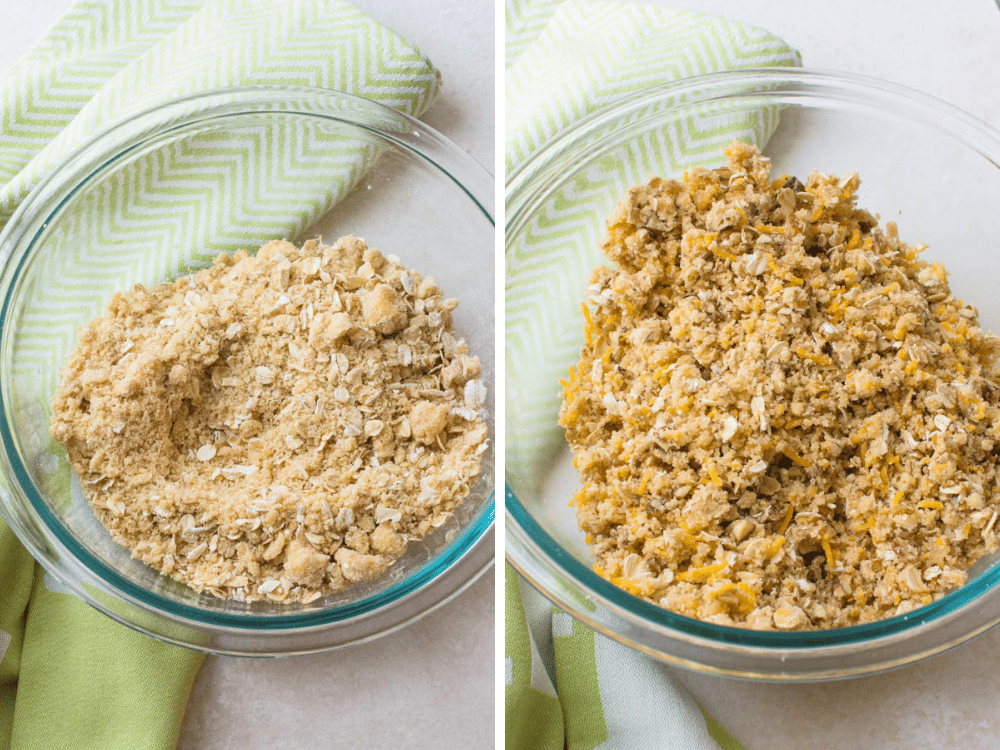 Your hands are the most effective tool for making this homemade apple crisp. 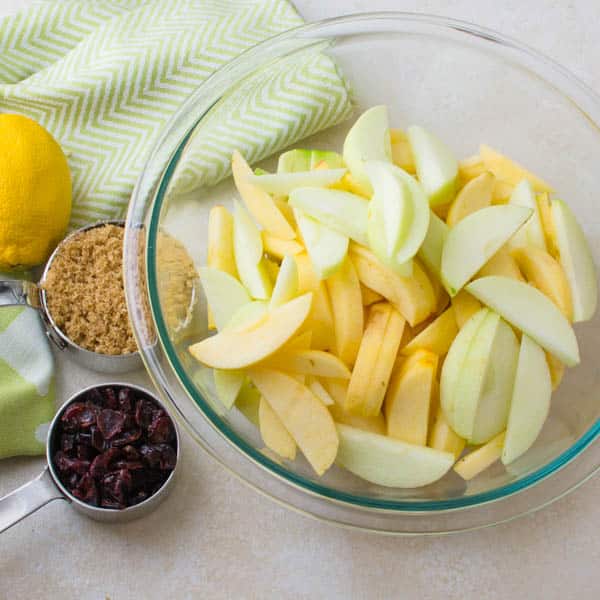 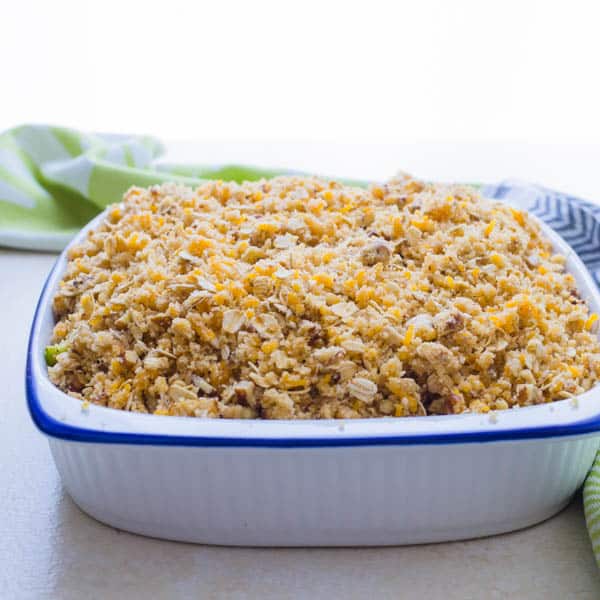 The cheddar oatmeal streusel has such a great yin/yan of salty and sweet.  The cheddar isn’t overpowering, but it does temper the sweet cinnamon apple filling, in a good way.   Even if fall hasn’t gotten into its full groove where you are this baked apple dessert with oatmeal streusel will remind you of the season. 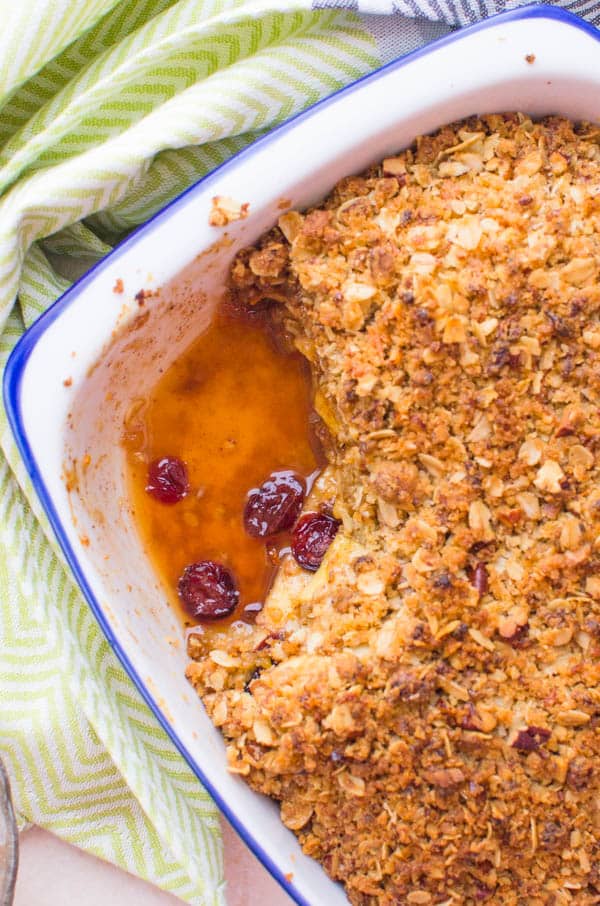 Honestly, I like this baked apple crisp and the easy crumble topping all by itself, however, my family isn’t satisfied until it gets some type of embellishment. My daughter is partial to a scoop of vanilla ice cream — and I won’t lie — that’s good. But a drizzle of cold cream over the homemade apple crisp is also delicious — and kind of reminds me of a bowl of baked oatmeal — with a helluva lot of fruit! If you’re serving for company — you can really dress it up with a rum-spiked whipped cream by using  a hand mixer to whipping heavy whipping cream to just before soft peaks, adding a tablespoon or two of powdered sugar and whipping to soft peaks, then adding a tablespoon of dark rum and continuing to whip until soft and pillowy. That’s a baked apple dessert that will make your eyes roll back in your head in sweet satisfaction! 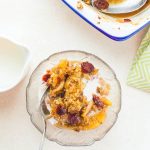 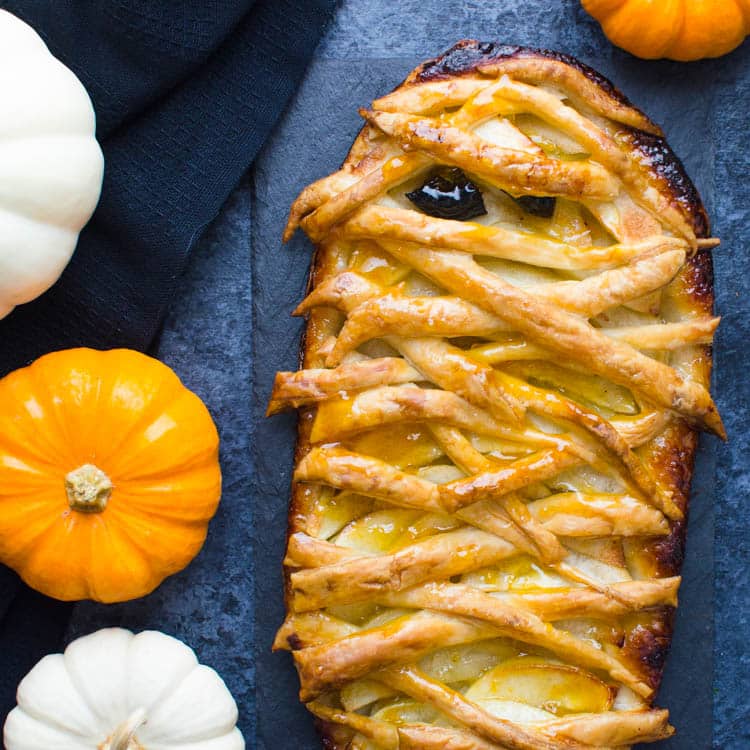 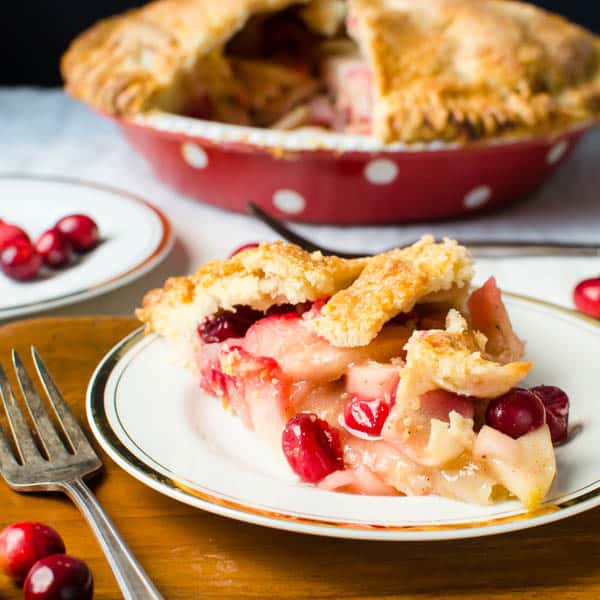 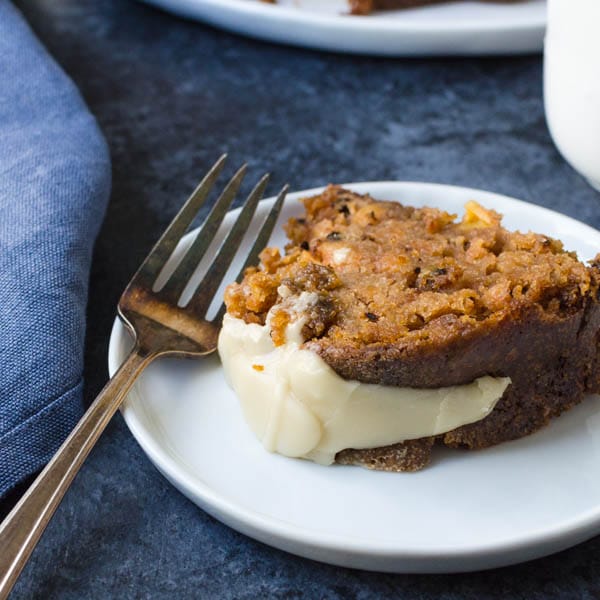