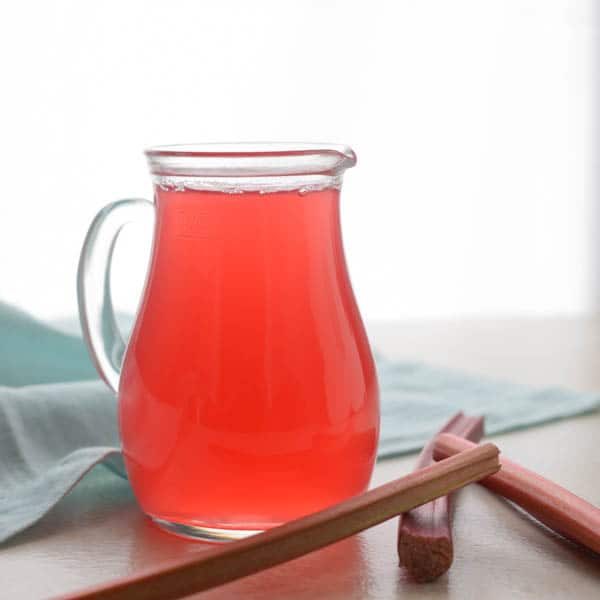 Want to jazz up your summer cocktail recipes? Start with a homemade simple syrup like this rhubarb ginger simple syrup. With a beautiful blush color and lively ginger buzz, it’s no ordinary flavored simple syrup.

“What is it?” you ask. Fruit punch? Cranberry cocktail? The juice from a maraschino cherry jar? Nope. It’s a revelation.  Wait.  REALLY. I know that every food blogger says it’s the “best”,  the “most”… but in this case, it IS.  So, what is IT? A homemade simple syrup. A surprisingly zingy, blushingly beautiful combination of rhubarb simple syrup and ginger simple syrup that will transform your cocktails, mocktails, and dessert table. This Rhubarb Ginger Simple Syrup is the jumping off point for your most eye-opening culinary creations. 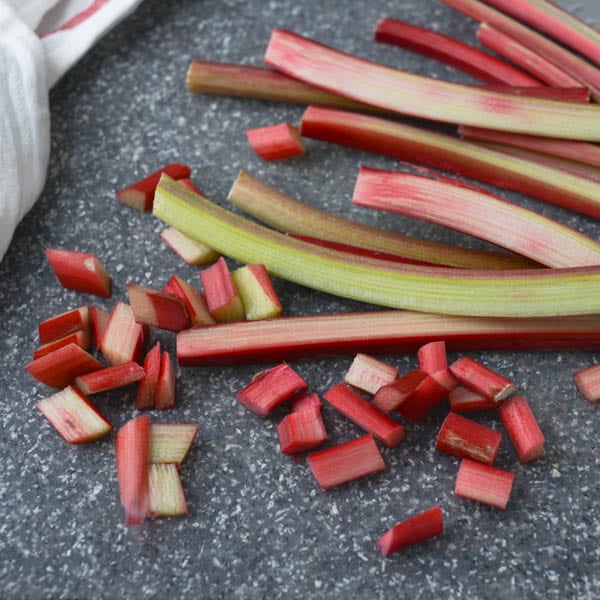 It’s the rhubarb that gives this rhubarb syrup its distinctive rosy hue and happily, it doesn’t require a lot of effort to extract it’s tangy, pink nectar. Rhubarb is not a native grower in South Florida, instead flourishing in the Northern climes.  And while the rhubarb season may longer elsewhere,  normally, there’s only a two week window (sometime in May) that we actually see it in the markets locally. I was vigilant in my quest for it, but the rhubarb didn’t show up in April — or May — or June.  I thought the season was lost until I spotted it last week at my local Publix market.  1 1/2 pounds, trimmed and wrapped in cellophane with a $5 price tag. Sold. 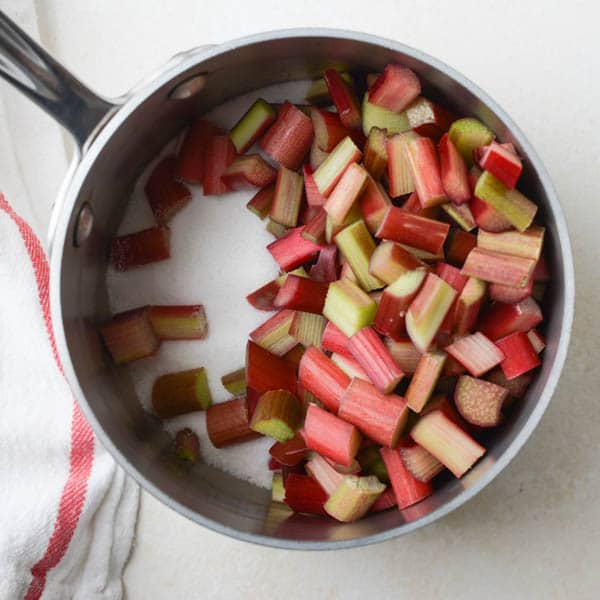 My mother has been making her own homemade simple syrups for years and with the bounty produced from her guava tree — her homemade guava simple syrup was a constant in our summer cocktails last season. So, flavored simple syrups are the norm in our family and the key to simple syrups is to keep it simple. 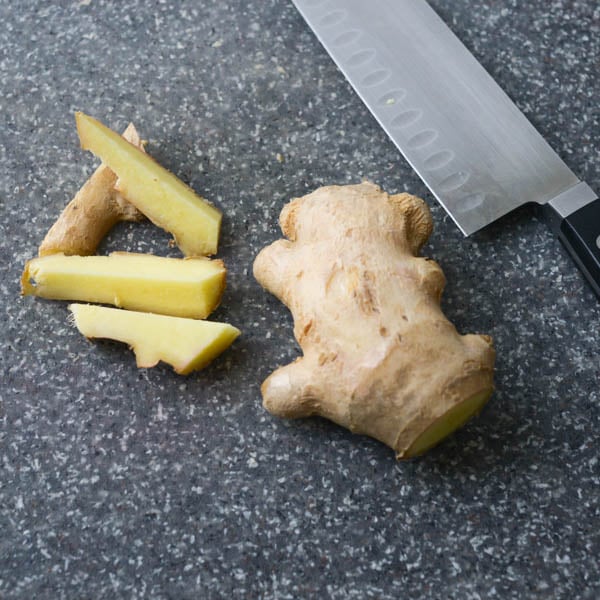 Simple syrup is nothing more than sugar and water, heated to melt the sugar and cooled to make a sweet flavoring for cocktails without adding the grit of table sugar. From there you can add all sorts of ingredients to make a flavored simple syrup.  This honey-thyme simple syrup from a few years back, adds a sweet herbal note to bourbon cocktails as well as prosecco spritzers. This rhubarb ginger simple syrup has a gingery kick and vibrant color that everyone will notice. 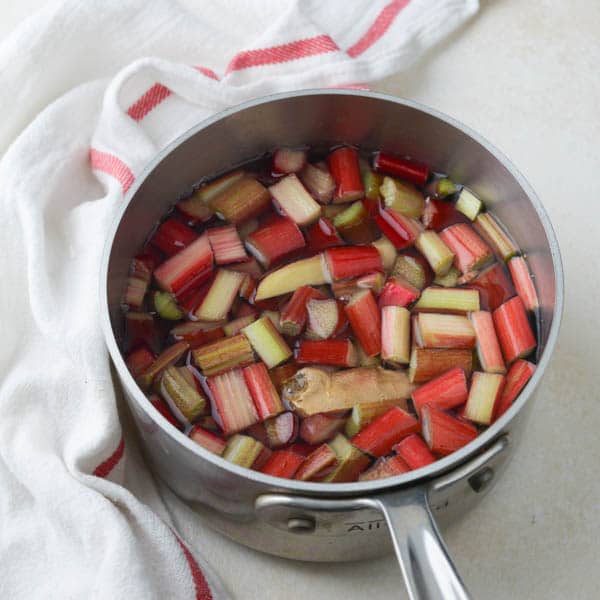 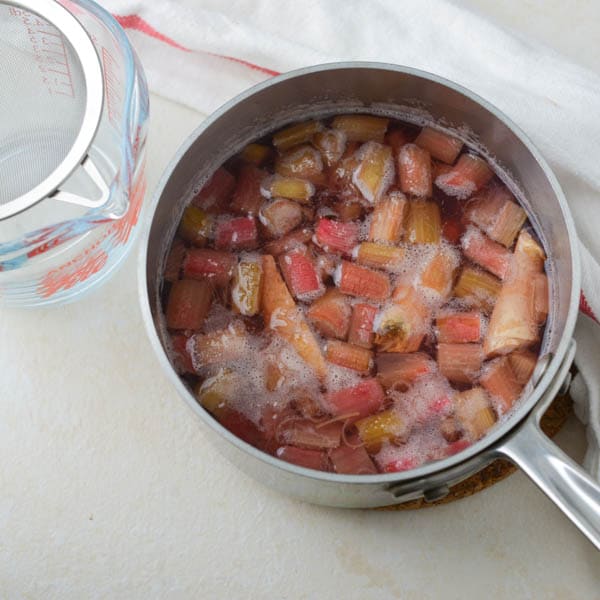 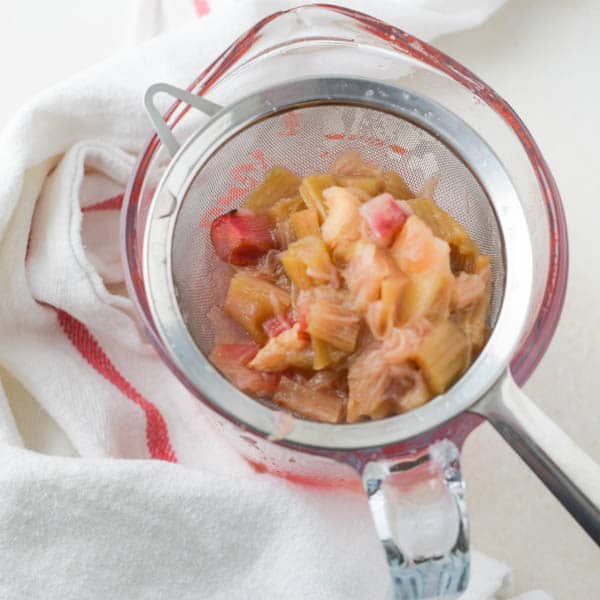 What you’ll love about this combo are the bold color and flavor it yields. Just from the magenta tinge, you’d suspect it to be a rhubarb simple syrup, but the rhubarb isn’t the first thing you taste… it’s the ginger. And it gives this mixer a kind of spicy, glow that no one would expect unless you said, “Hey, this is a ginger simple syrup.” 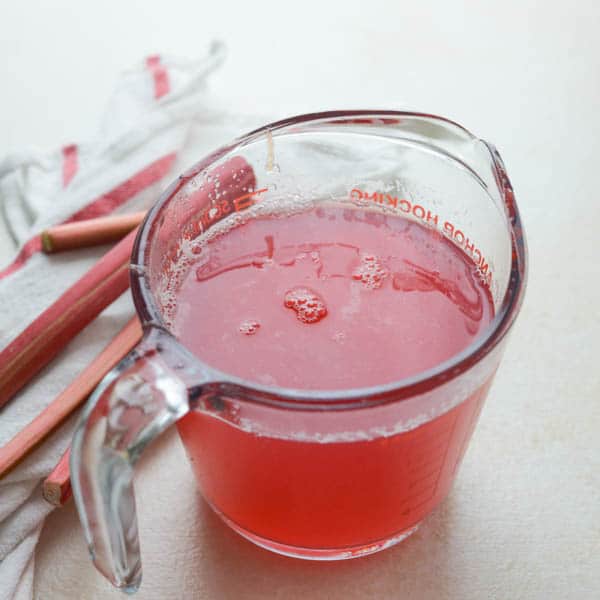 Maybe it was the fact that we used the rhubarb ginger simple syrup in our pre-dinner cocktails, but universally our taste testers were impressed by the color and flavor.  It wasn’t overpowering, but added a beautiful spiced back note to our libations and the pink blush put us all in a festive mood (or was that the alcohol talking?) Either way, this one’s a keeper. 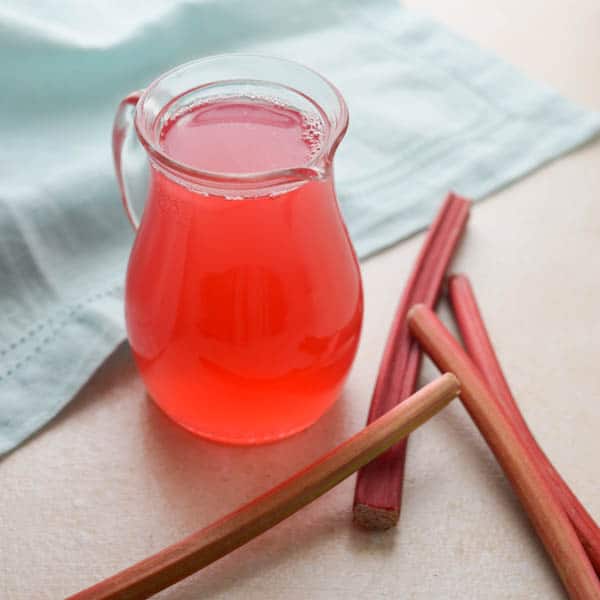 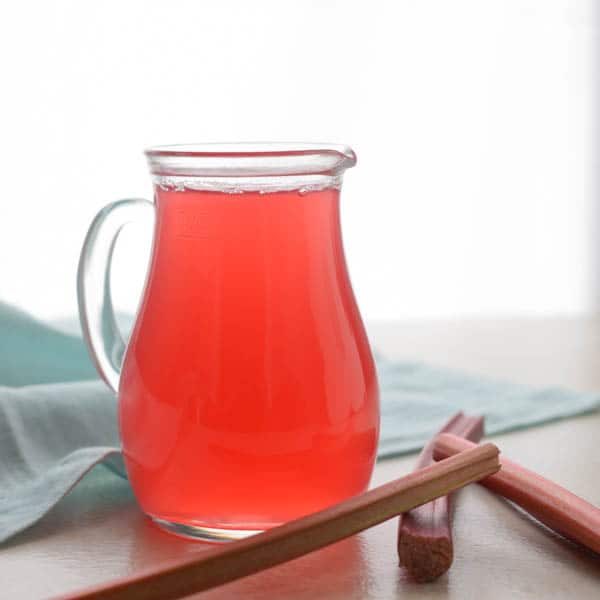 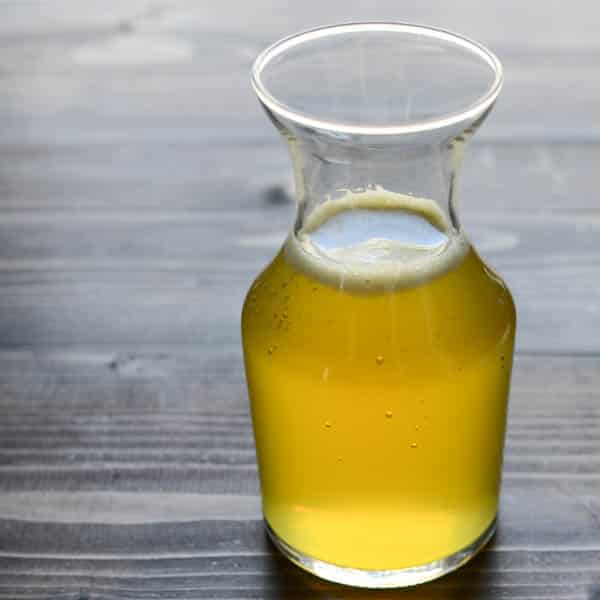 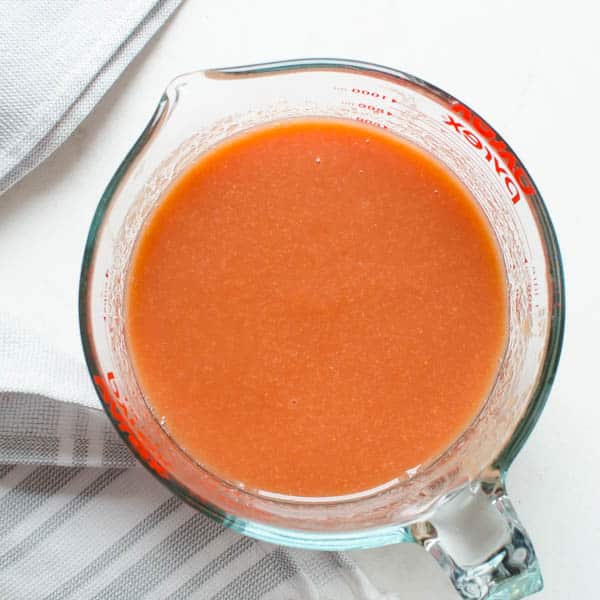 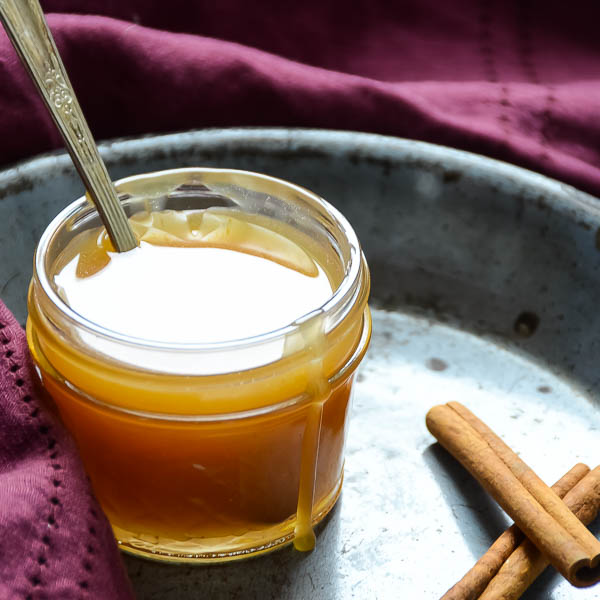