As we approach July, there’s one thing that pretty much all of us can count on…  It’s gonna be hot.   Really hot. And as picturesque as it may look outdoors — with lots of puffy, white clouds and blue skies, the fact remains… you could fry an egg on the sidewalk.  You might think your only option is to barricade yourself indoors under a blanket of air-conditioning and a marathon of Lifetime movies, but here’s another one.  Watermelon-Mint Agua Fresca. 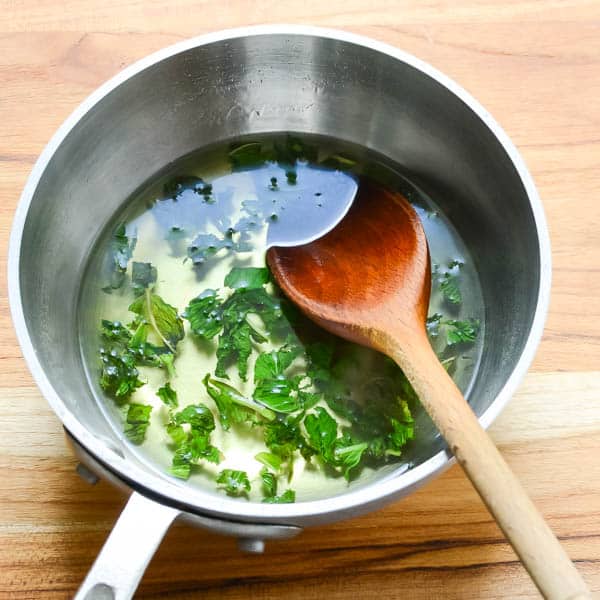 Instead of sodas, which I find to be either too sweet (regular soda) or too saccharine-y (diet-soda), try a refreshing spa water recipe or this agua fresca that really refreshes. 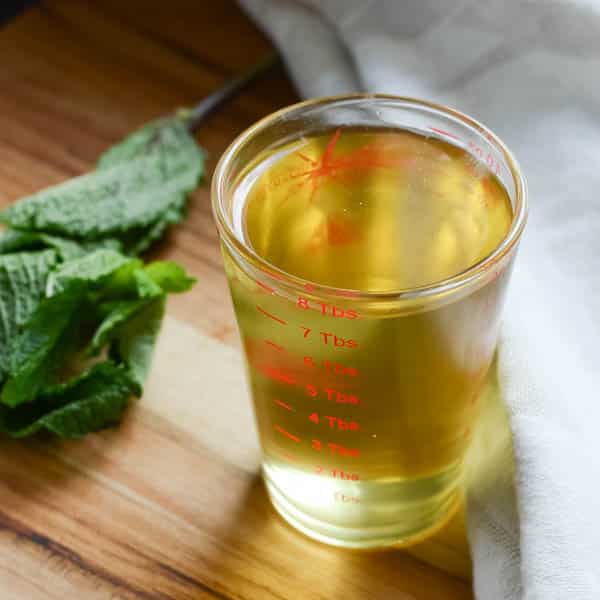 If you like a less sweet beverage, it’s great on its own. But for a hint more oomph, I also add mint simple syrup to taste.  It only takes a few minutes to make and adds another dimension. 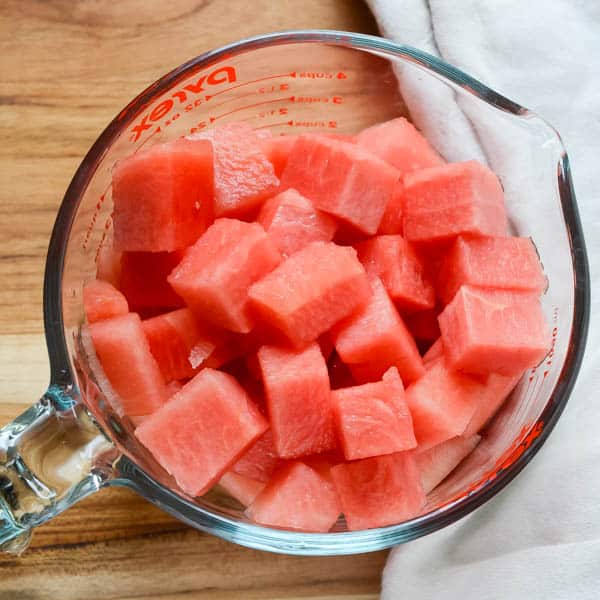 I like using watermelon because it naturally yields a lot of juice.  Four cups of melon made nearly 3 cups of liquid! 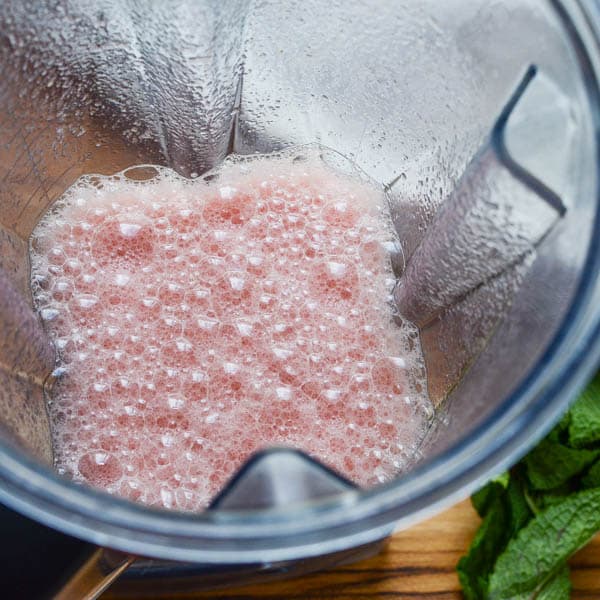 The color is also singularly spectacular.  Imagine —  a real fruit drink where the color doesn’t come from Red 40.  You might need a double batch if there’s kids, because they will want some.

Club soda or sparkling water adds fizz like a regular soda, but you won’t get this flavor from a can of cola! 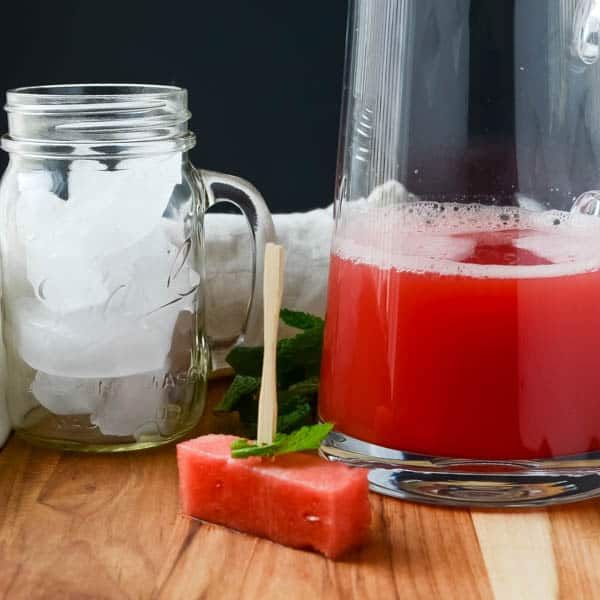 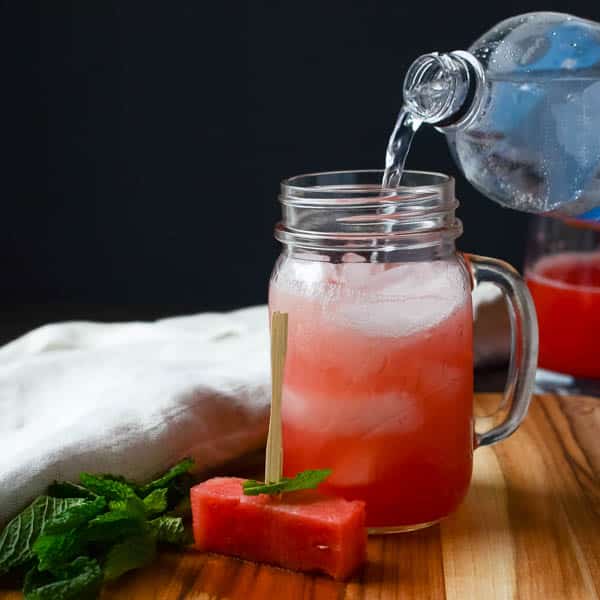 If your party is strictly grown-ups, I’ll look the other way if you want to tip some rum or tequila into the mix. 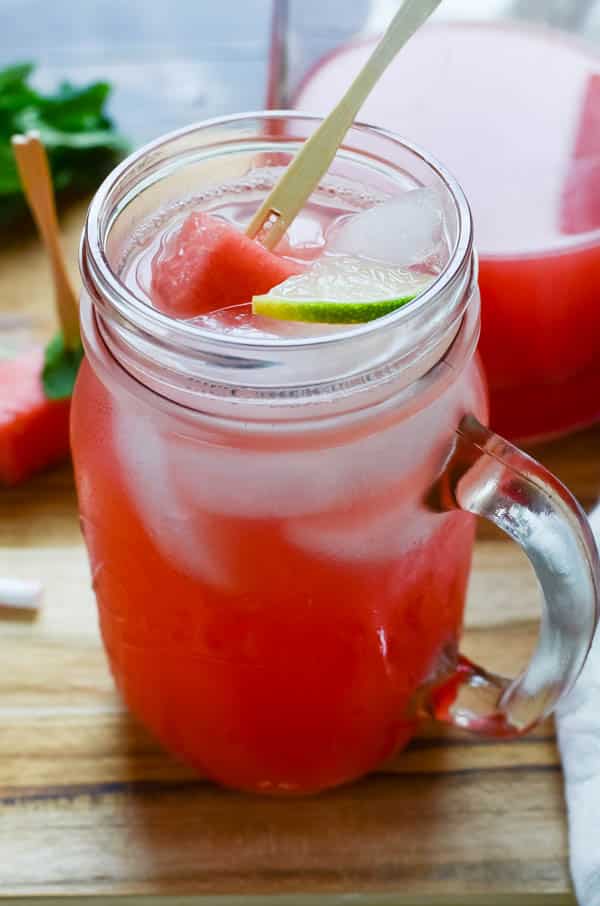 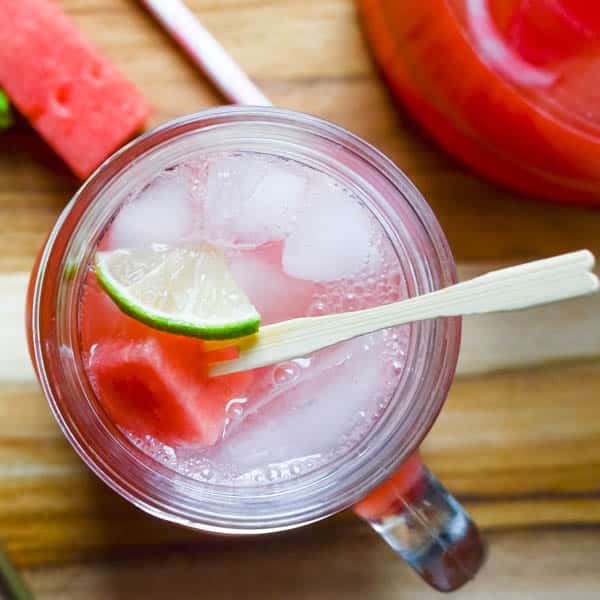 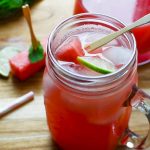 For the simple syrup 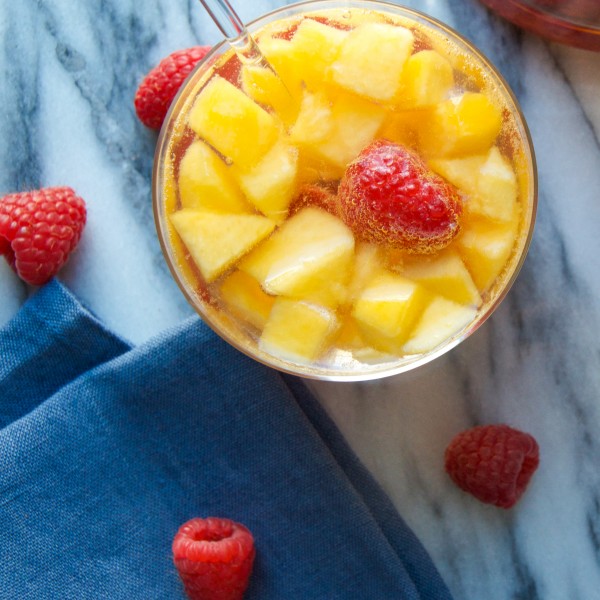 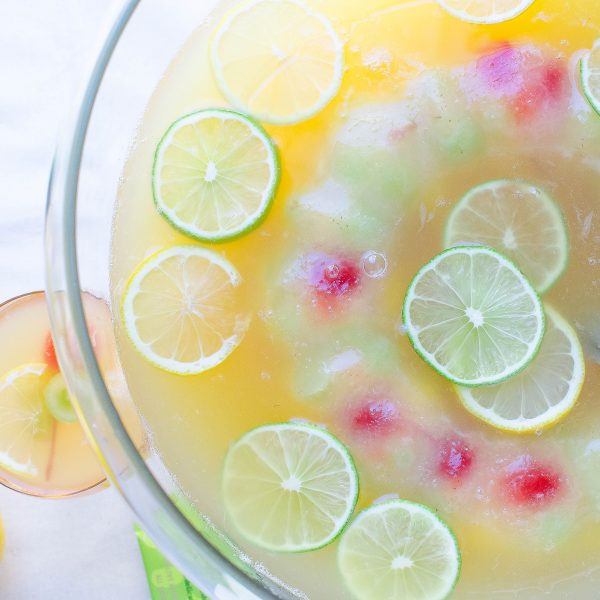 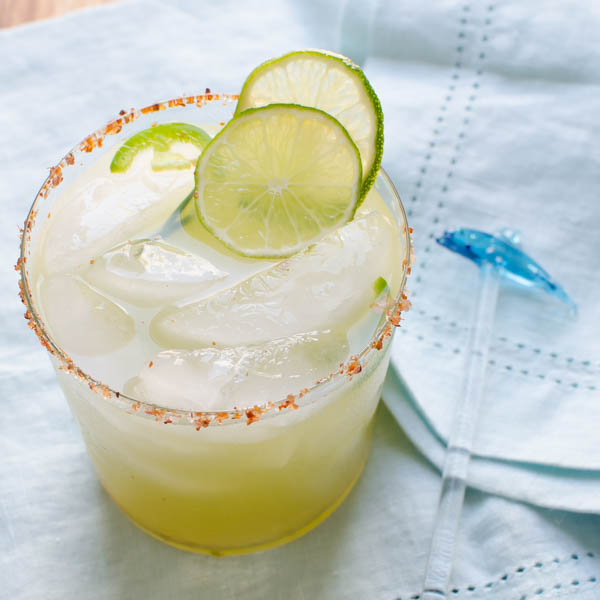