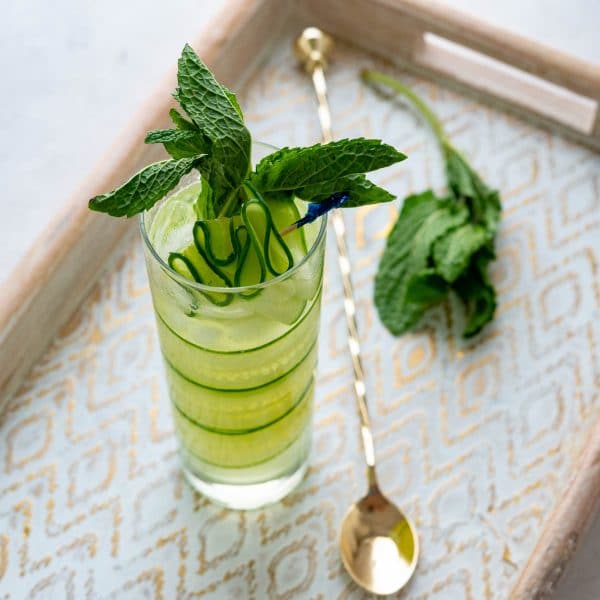 Want a light, refreshing cucumber cocktail that’s easy to make and perfect for all occasions? This cucumber pioneer is my pick. It’s made with fresh cucumber juice, vodka, mint and ginger beer for a zippy, fizzy finish. You’ll love this crisp cucumber vodka drink.

When you think of cucumber drinks, you might think spa water, like those infused herb and cucumber pitchers they display as a “fancy” refreshment when you’re checking in to a hotel or waiting to be called for a facial at a local day spa. But this cucumber cocktail isn’t a watered down wannabe.

How to make cucumber juice

According to Healthline.com, cucumber is 95% water, so unlike some fruits and vegetables that require a special juicer to extract the liquid, cucumbers practically come with a spigot.

To make cucumber juice at home, all you need is a vegetable peeler and a box grater and it’s so easy to do. I recommend using a standard cucumber, instead of the no-seed English or hothouse variety. There’s more flesh to extract the cucumber juice from Here’s how to make it:

Incidentally, I encourage you to make the cucumber salad at the same time you make this cucumber cocktail (or at least save the grated cucumber for later) so you don’t waste food. Makes sense, right?

How much juice can I get from a cucumber?

Figure that 1 cucumber will yield about 1/4 to 1/3 cup of juice, so if you’re planning on making multiple vodka cocktails, you may want to double up on the amount of cucumber juice.

You don’t need any special Boston shakers or other equipment for this cucumber drink. Just use a highball glass.

Garnishes are optional, kind of…

Garnishes are optional for this zippy cucumber vodka and mint drink, but I think a little bit of decorating is what makes a cocktail special.

There are a few ways you can go with this, but for this particular look, you’ll want to prep the garnish ahead of time.

For mine, I used a miniature English cucumber (the seedless variety). The reason I like this is that the skins are very thin and edible and their are no seeds, just a feint pattern of translucent cells. Beautiful.

You can also use a large English cucumber if you can’t find the minis.

You can use these long pieces of cucumber to rim the inside of the glass, or bunch them up (accordion style) and secure with a fancy cocktail pick.

To rim the inside of the glass, curl the sliced cucumber into a cylinder just slightly smaller than the glass. Insert it into the glass and let it naturally open up. It will have enough moisture and turgidity that the cucumber will adhere to the inside of the highball glass.

For the accordion style

Gently fold the thin sliced cucumber back and forth so that it bends, but doesn’t break. Secure with a cocktail pick.

How does it taste?

If a cocktail can be quenching, this one IS. Instead of being overly sweet and cloying, this sipper is light and zippy. The ginger beer adds just the right fizzy, nose tingle. You can really taste the cucumber and the soft chartreuse color of the juice gives this easy sipper a springtime or summer vibe.

We make these ginger cucumber vodka drinks for enjoying on the patio in summer at dusk, when the sun is just starting to fade. They’re so crisp and light, it’s the perfect way to end a day — and lead into a tasty meal.

Can I make the cucumber juice in advance?

Yes. You can make the cucumber juice up to a day in advance. Store in an airtight container in the refrigerator. If the juice separates while sitting, just give it a shake to redistribute.

Can I make the cucumber cocktails by the pitcher?

Yes. Combine the cucumber juice, vodka and simple syrup in a pitcher and stir together. Keep refrigerated until serving. Pour the cucumber and vodka drink into glasses, then top with the ginger beer. (You don’t want to add the ginger beer until you’re ready to drink the libation, otherwise it will go flat.)

Can I blend the cucumber in a blender and strain out the juice?

Yes. I’ve found that when you do that, the skin tends to really color the drink a very dark Kelly green (which can be pretty). It’s your choice.

Can I use any vodka for the cocktails?

Yes. Use what you’d normally drink — we like Tito’s.

Hors d’oeuvres that go with a cucumber pioneer cocktail: 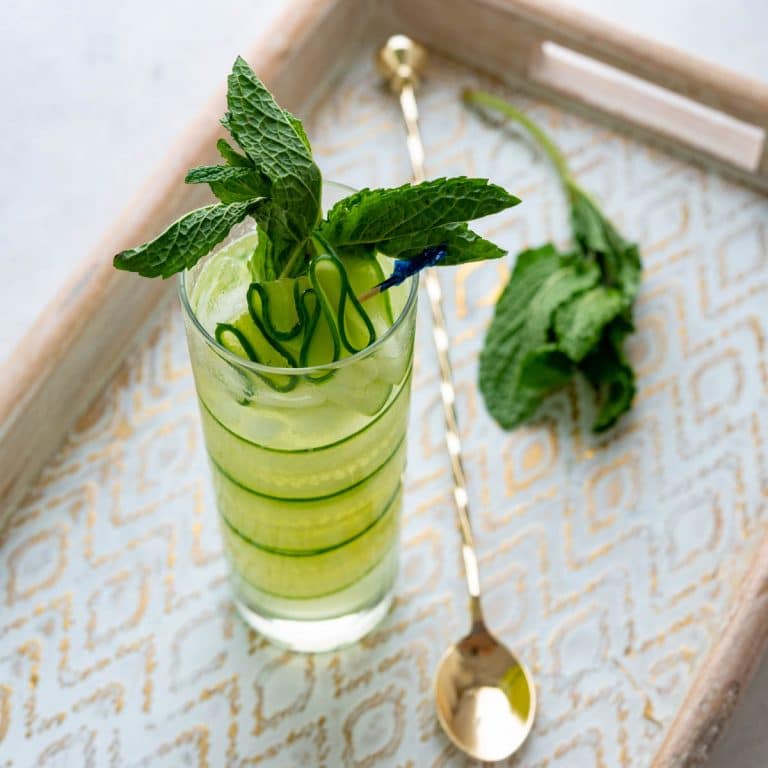 FOR THE CUCUMBER JUICE

FOR THE CUCUMBER COCKTAIL: